Round six of the 2019 Formula 1 World Championship takes us to the south of France for the prestigious Monaco Grand Prix. The race is the most famous on the calendar, but it's also a bit of an anomaly due to its low speeds, a result of its historic setting in the principality.

The Monaco Grand Prix was on 1950’s inaugural F1 calendar and been a regular fixture since 1955. The layout of the 2.1-mile Circuit de Monaco has remained largely unchanged over the years, the biggest updates taking place in 2004 when a new pit complex was built.

Its tight layout and close walls mean that there is no margin for error and every mistake is punished. Braking as little as seven feet too late can ruin the entire weekend. If a driver's lucky, they'll end up on an escape road. If not, the car is wrecked.

Grip levels are also low since the circuit consists fully of public roads that open to normal traffic each evening of the race weekend, so there isn’t much rubber left on the surface by the time of Sunday’s race. Pirelli is bringing the three softest compounds to Monaco, C3, C4 and C5, and as is usually the case in Monaco teams will likely target a one-stop strategy for the race. 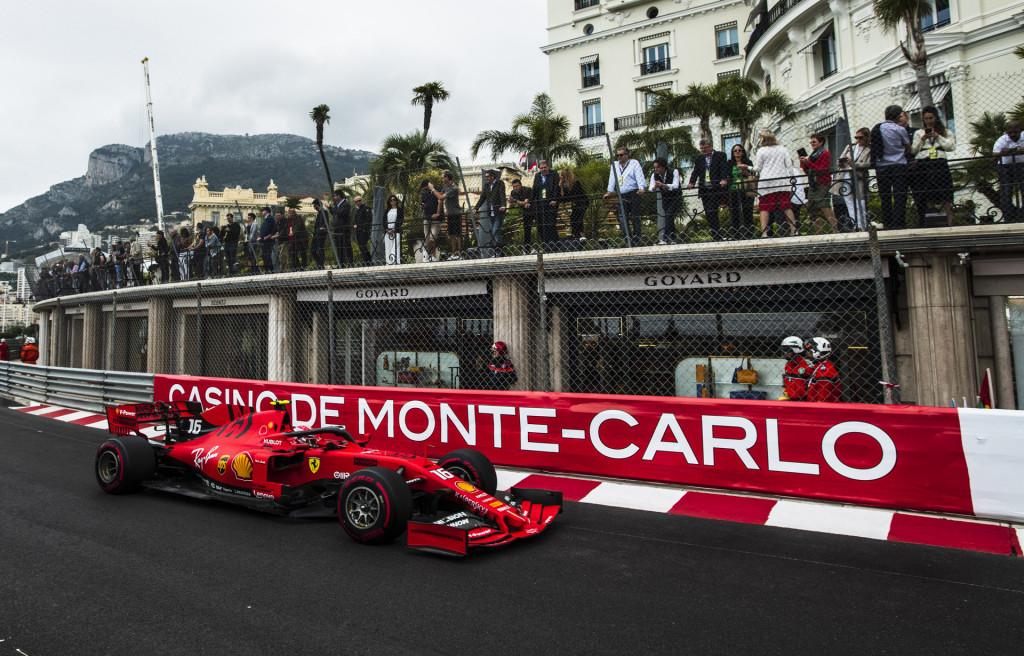 To be successful in Monaco, a driver needs to find a perfect rhythm. Another, equally important aspect is concentration. Monaco sees around 80 significant changes of steering direction and 50 gear changes per lap. When you add the constant throttle and brake paddle inputs, you can see just how hard the drivers are working on every one of the race’s 78 laps.

And in memory of Nika Lauda, who passed away on Monday, Ferrari has paid tribute with a sticker on its cars celebrating the life of the Austrian champion and former Ferrari driver. Vettel also paid tribute, wearing a helmet featuring a design similar to the red helmet Lauda used for almost his entire career.

Going into Saturday's qualifying and Sunday's race, Hamilton leads the 2019 Drivers' Championship with 112 points while Bottas is second with 105 points. Aston Martin Red Bull Racing's Max Verstappen is third with 66 points. In the Constructors' Championship, Mercedes leads with 217 points versus the 121 of Ferrari and 87 of Red Bull. Last year's winner in Monaco was Daniel Ricciardo driving for Red Bull.