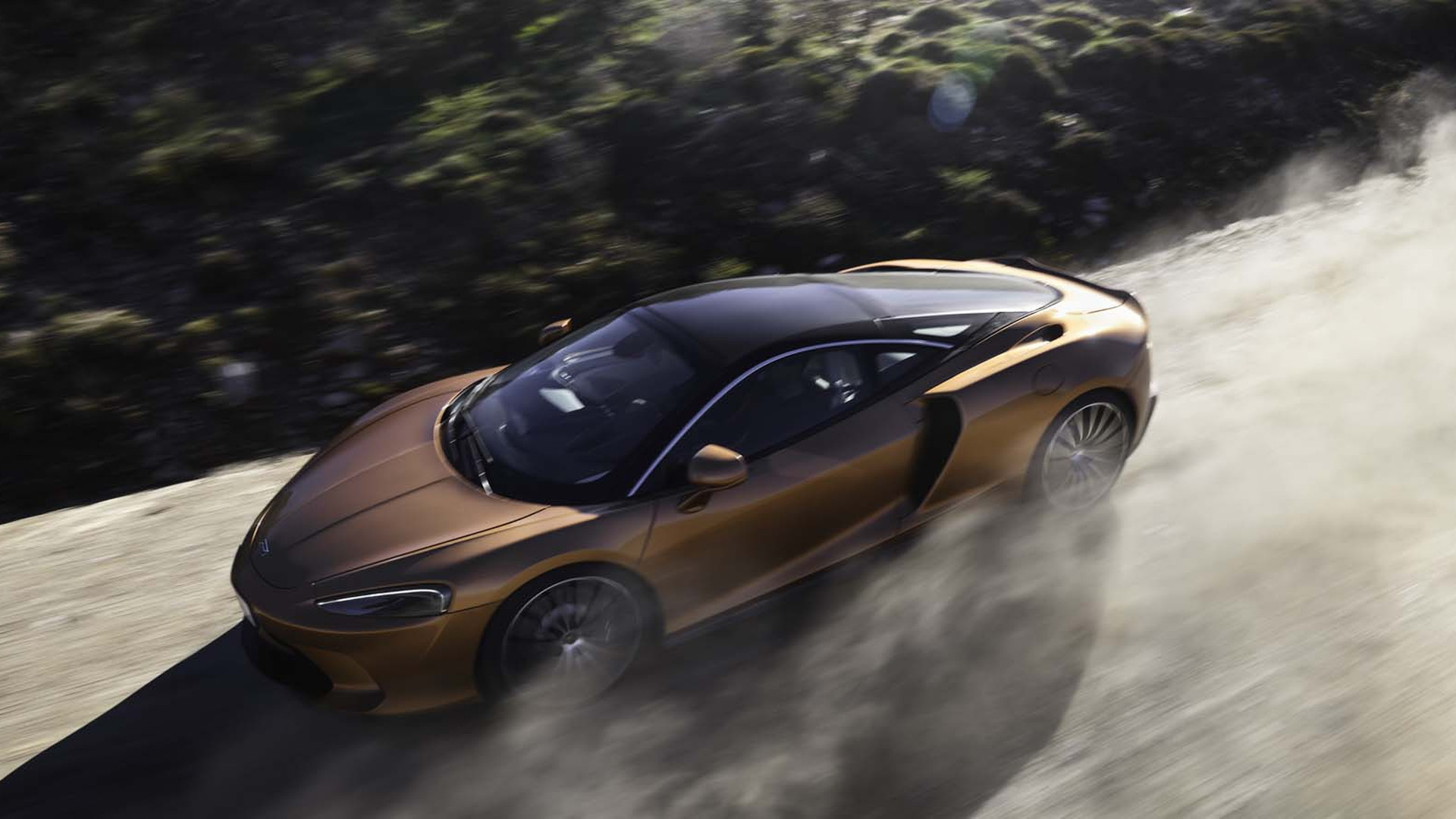 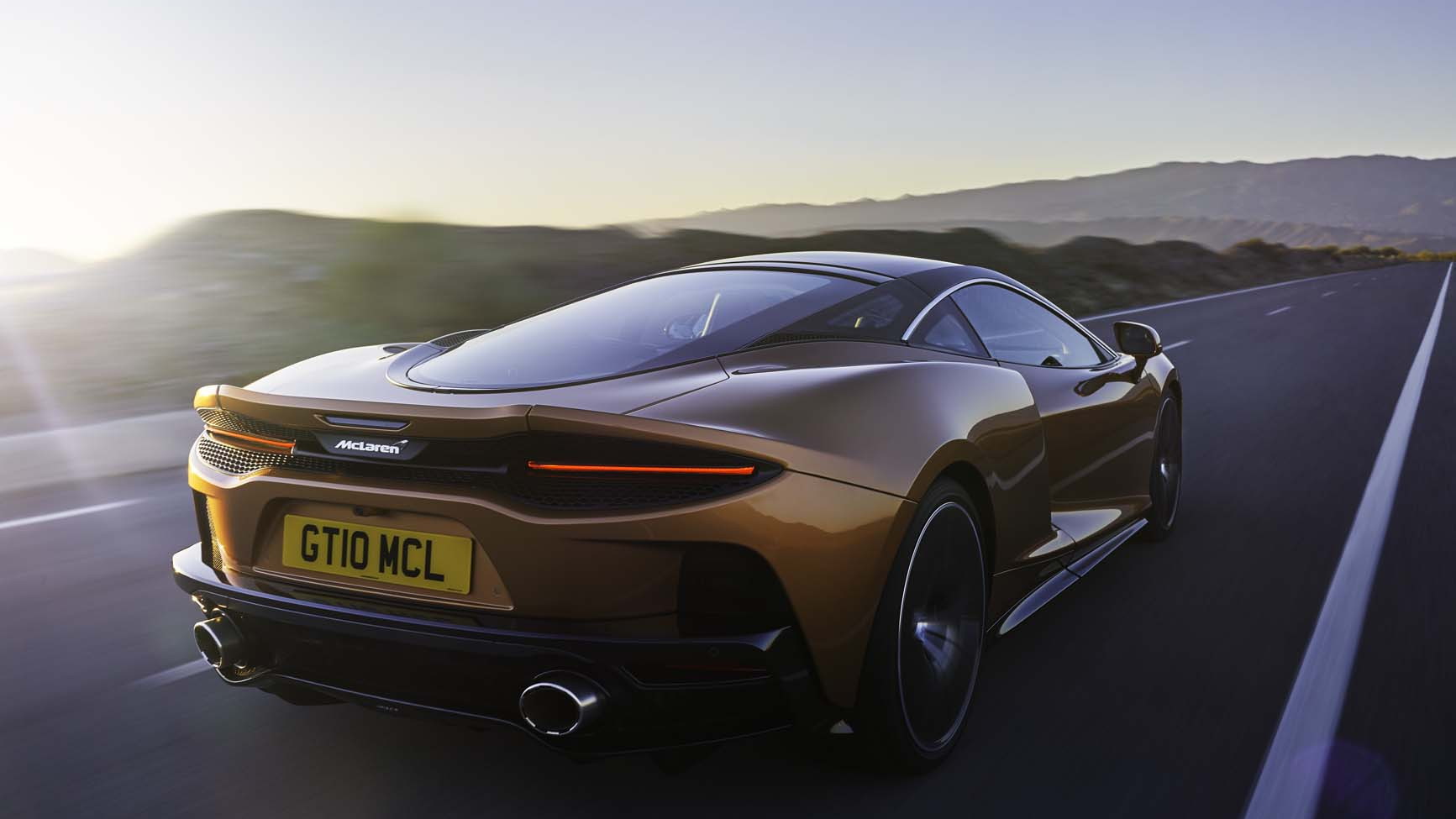 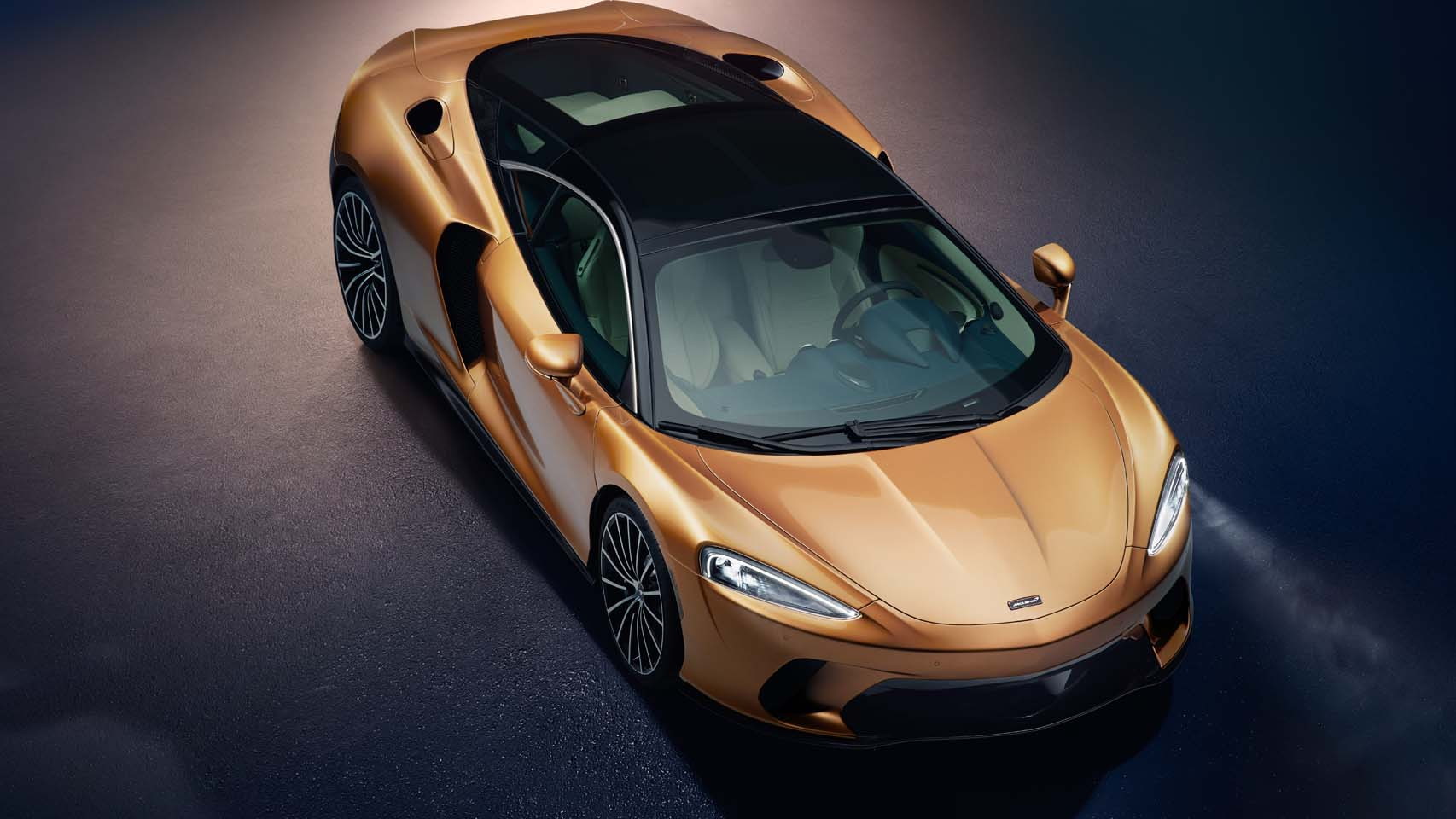 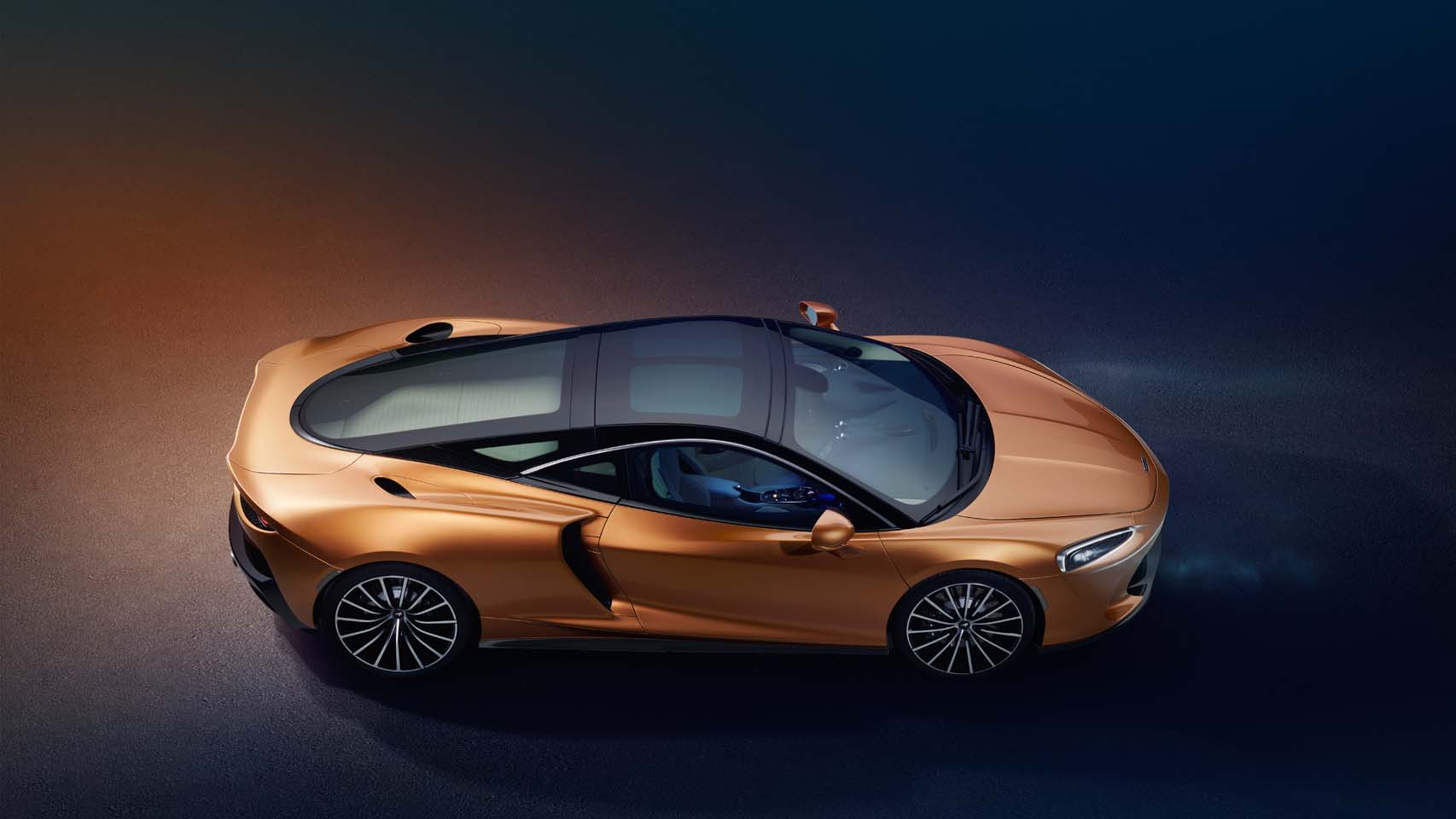 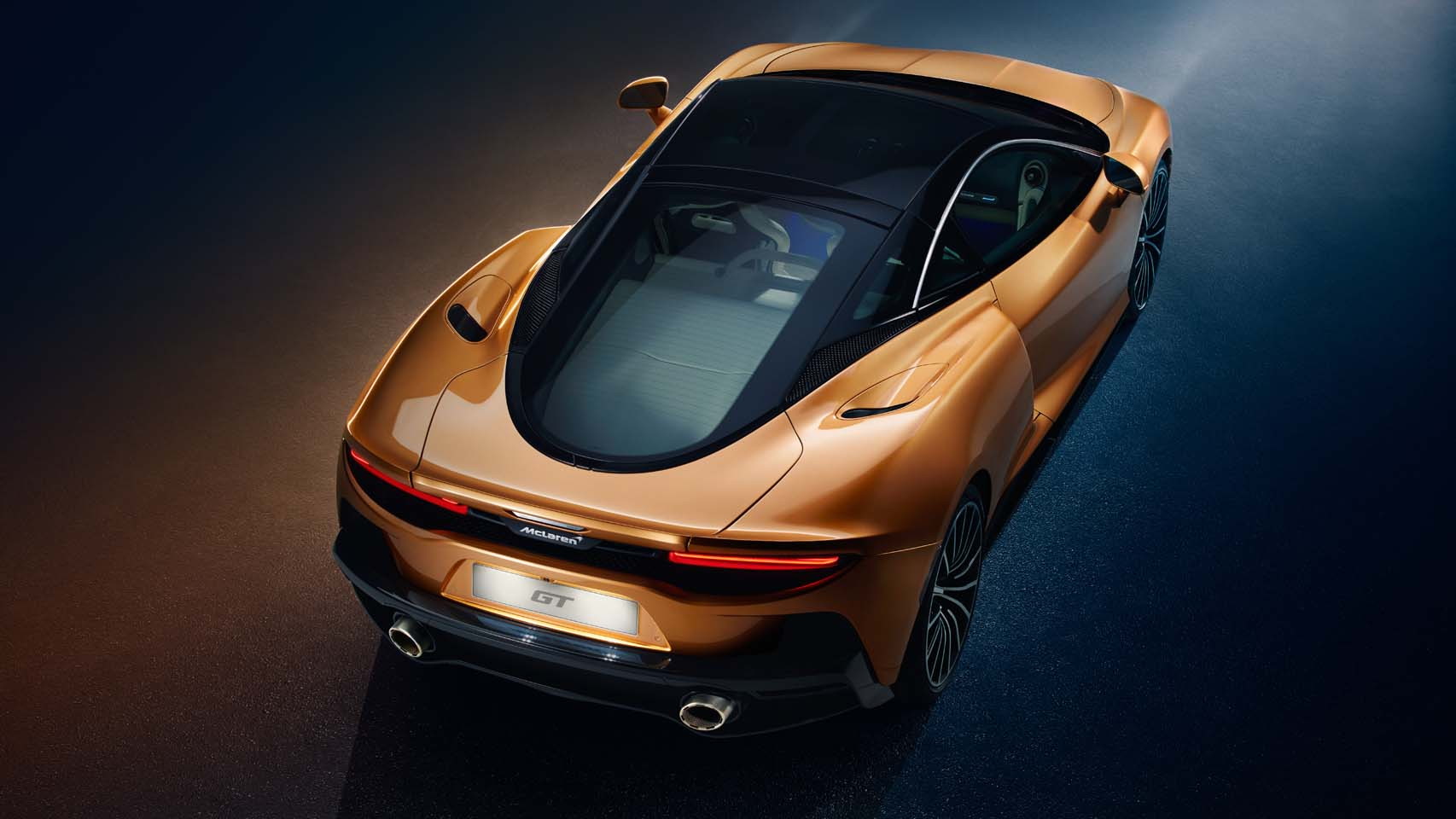 McLaren on Wednesday took the covers off a new, more usable type of supercar called the GT.

As the name suggests, the car is the brand's interpretation of the classic grand tourer, which traditionally offers copious thrust, cossetting comfort, and ample storage space for luggage. In the case of the McLaren GT, we're looking at more storage than some full-size sedans.

The GT doesn't slot into any current series at McLaren, though its powertrain output places it somewhere between the Sports and Super series. The car is also longer than most McLarens, measuring more than 184 inches, but a taller approach angle that can be increased further with a vehicle lift system helps to avoid scrapes.

Perhaps of more importance to some buyers will be the storage space, which totals 20.1 cubic feet. Most of this—14.8 cu ft to be precise—is in the shelf located above the engine bay. It's accessed via a liftgate-style glass panel and can fit a golf bag or two pairs of skis and boots. The design required the addition of a new section to the modular carbon fiber monocoque structure underpinning McLaren's lineup. The remaining storage space is located at the front of the car.

You'll notice there are only two seats in the cabin instead of the more practical 3-seat layout used in the legendary F1 supercar and upcoming Speedtail. McLaren's head of global communications, Roger Ormisher, told Motor Authority that the 3-seat layout was never a consideration for the GT as it would be too tight for the long drives that a grand tourer needs to make. The 3-seat design also doesn't meet current airbag regulations in the United States. To get around the issue, U.S. owners of the Speedtail will need to bring the cars in under “Show or Display” rules should they want to drive it on public roads.

The GT's cabin features electrically adjusted and heated seats with more padding than you'd normally find in a McLaren supercar. The company will even offer buyers the option of cashmere trim. A new infotainment system features a 7.0-inch touchscreen display that can be operated much like a smartphone, and is joined by a large 12.3-inch display for the instrument cluster and a navigation system powered by HERE maps.

Finally, it's worth mentioning the unique version of McLaren's hydraulic-based damping system developed for the GT. The system relies on sensors to read the road ahead and adjust the firmness of the suspension to suit, with the system tailored more toward comfort than in other McLaren cars. Of course, the driver can still select Sport and Track modes for sharper performance.

The GT is the fourth model in McLaren's Track25 business plan that will see a further 12 models or derivatives introduced and the entire lineup become electrified by 2025. McLaren's production rate is also expected to soar to around 6,000 cars annually by then, which will be up 75 percent from current levels.

Order books for the McLaren GT are now open and pricing starts at $210,000.