Almost half of a million Lego bricks make up the latest endeavor with everyone's favorite building blocks. Here is a 1:1 scale replica of a McLaren Senna made entirely from Legos.

McLaren and Lego partnered on the project for the upcoming Goodwood Festival of Speed, which will take place this summer. The British supercar maker said Tuesday that the teams spent 5,000 hours bringing the Lego Senna to life, through development, engineering, and finally, building. When finished, the Lego version actually weighs more than the real car by 1,100 pounds. Total, the Lego-ized supercar weighs 3,747 pounds.

Unlike some other life-size Lego creations, this one also incorporates real equipment from the car. McLaren said the Lego Senna uses the same carbon-fiber driver's seat from the production car, which in turn, means a human being can sit inside the car. The steering wheel and pedals also come from the road car, and fans can use a fully operational infotainment system and work the car's lights. Finally, real Pirelli tires specified exactly like a real Senna and true McLaren badges finish the life-size toy car. There's even a simulation to reenact the car bolting toward its 208 mph top speed. 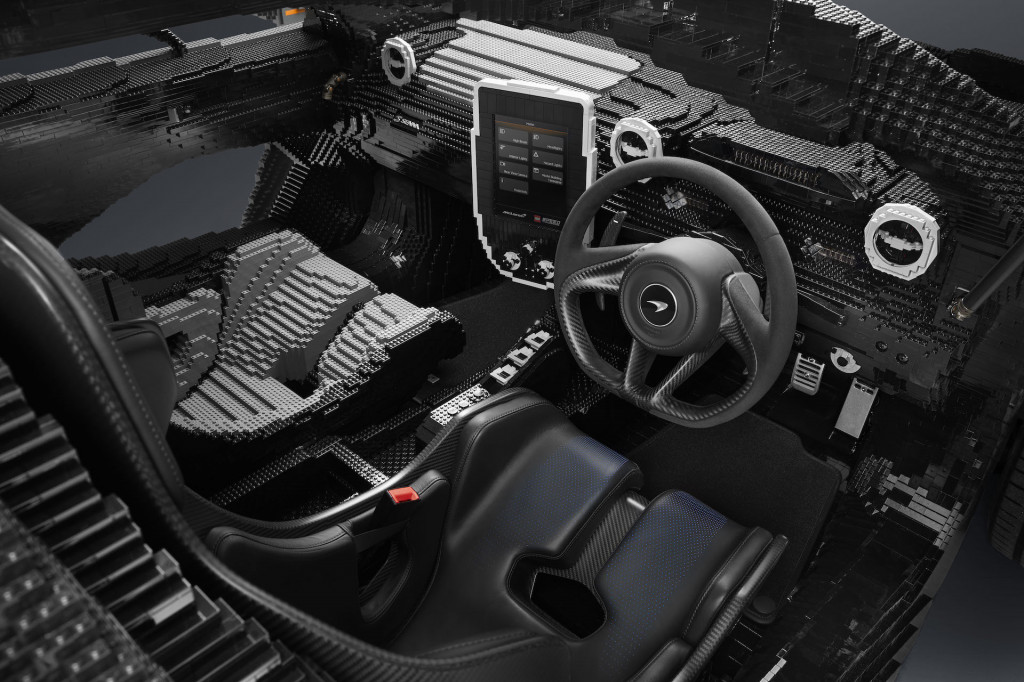 Teams worked in shifts to build the car, working 10 hours at a time for a total of 2,275 hours to build it. In the same amount of time, nine real Senna cars could have been made, which take about 300 hours each. The amount of time spent speaks to the authenticity of the build, which from afar, could fool anyone into thinking it was a real car.

Fans will have to wait until the Festival of Speed kicks off in early July to see the car. In the meantime, there's also a 219-piece Lego Senna kit that's far less build-intensive for the casual fan.