The SSC team hard at work on the Tuatara supercar has given us a taste of the car in the wild and on the dyno.

We wish these videos were of the car running flat out, but they'll do. The 5.9-liter twin-turbo V-8 engine sounds incredibly smooth and exotic in the videos, but we long to hear it stretch to its reported 8,800 rpm redline. The first video shows engineers pushing the car a little harder on the dyno with a few quick shifts from the 7-speed automatic transmission. The second video, which is below, shows a quick clip of the car blasting by the camera. SSC said since the snow has melted and sun is shining, it was a good time for a spring drive with a Tuatara prototype.

SSC previously held the world record for the fastest production car in 2007, but it's since been dethroned. Most recently, the Koenigsegg Agera RS claimed the record with a 277.9-mph run. CEO Jerod Shelby has said the Tuatara is the only supercar with a legitimate shot to hit 300 mph. The company is so sure that the supercar's speedometer reads a top speed of 300 mph. Engineers have unlocked up to 1,750 horsepower from the engine when running E85 fuel. A mix of 91 octane gasoline and E85 will provide 1,500 hp, while 91 octane along is still good for 1,350 hp. 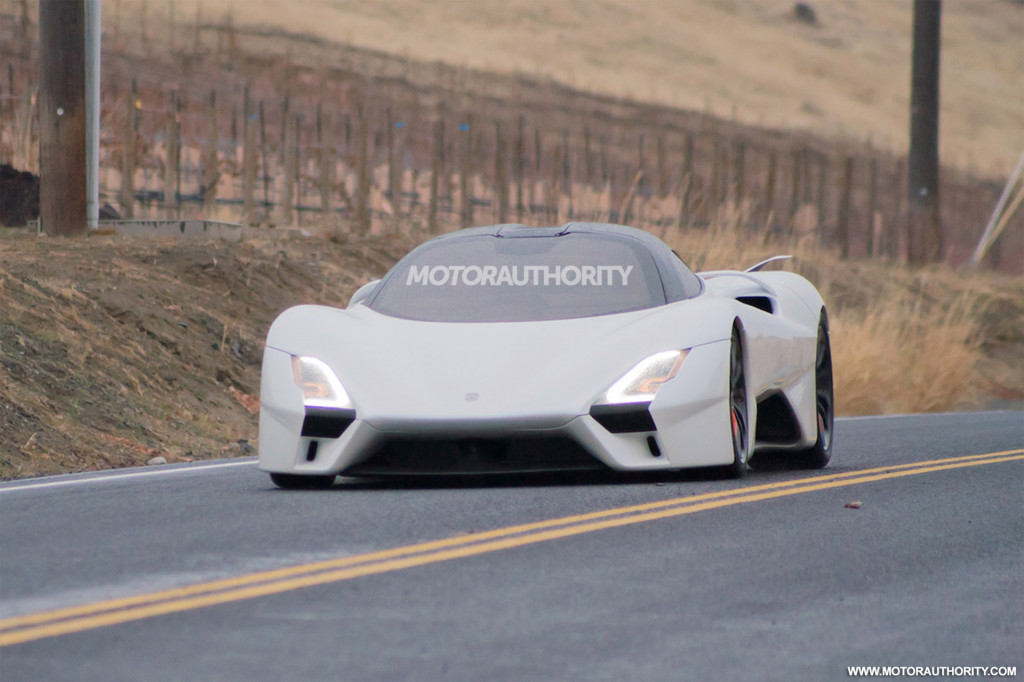 A few companies plan to tackle the 300-mph barrier, including Koenigsegg and Hennessey Performance Engineering. Shelby also previously said that, based on the knowledge of his competitors, the Tuatara's drag numbers and horsepower make it the right combination to crack 300 mph. There's no word on tires yet, which are an integral part to any top speed run. Today, there are no tires rated for those kinds of speeds.

If all goes accordingly to plan SSC plans to start production of the American supercar in mid-2019 and deliver the first cars by the end of this year.