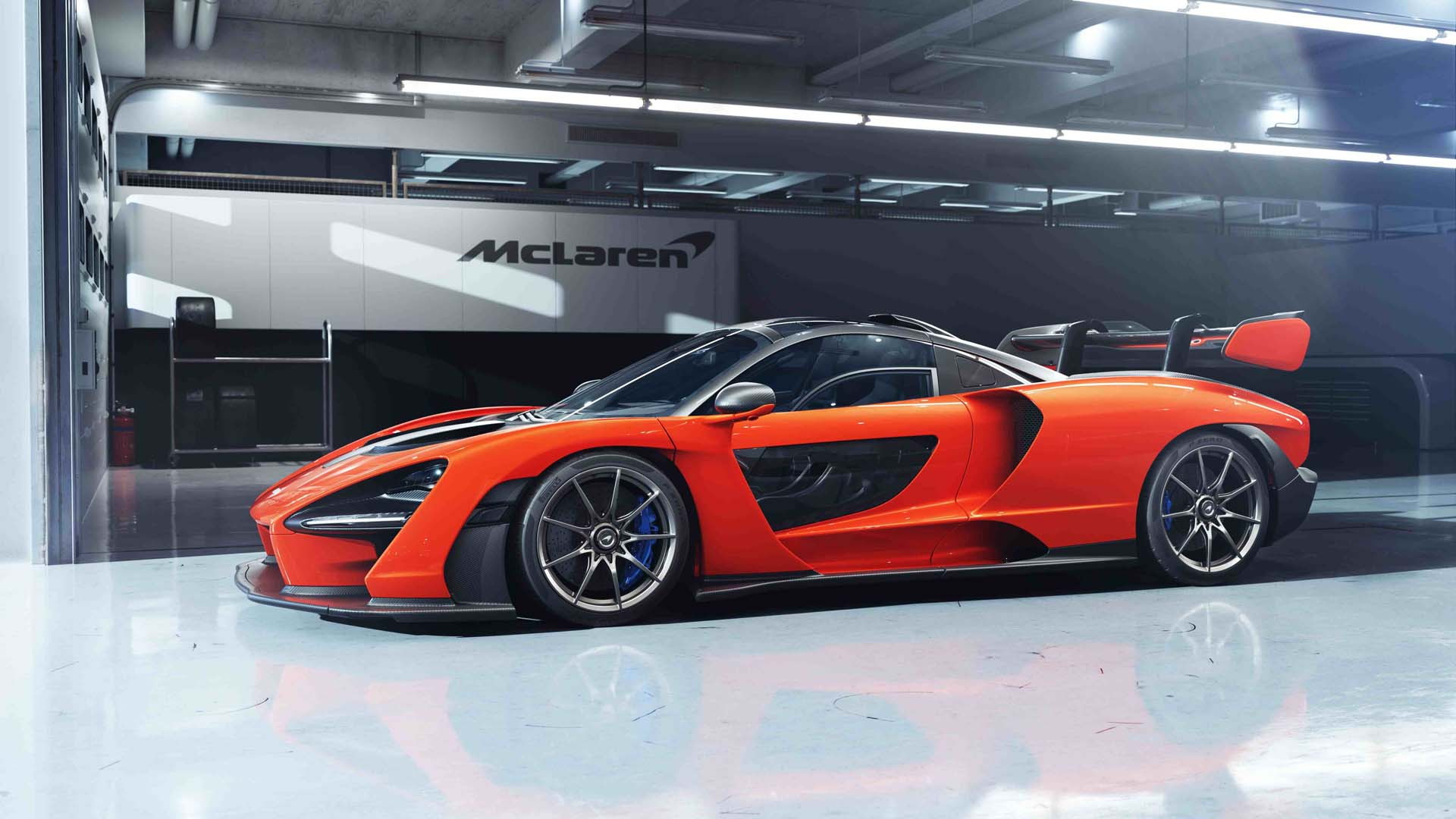 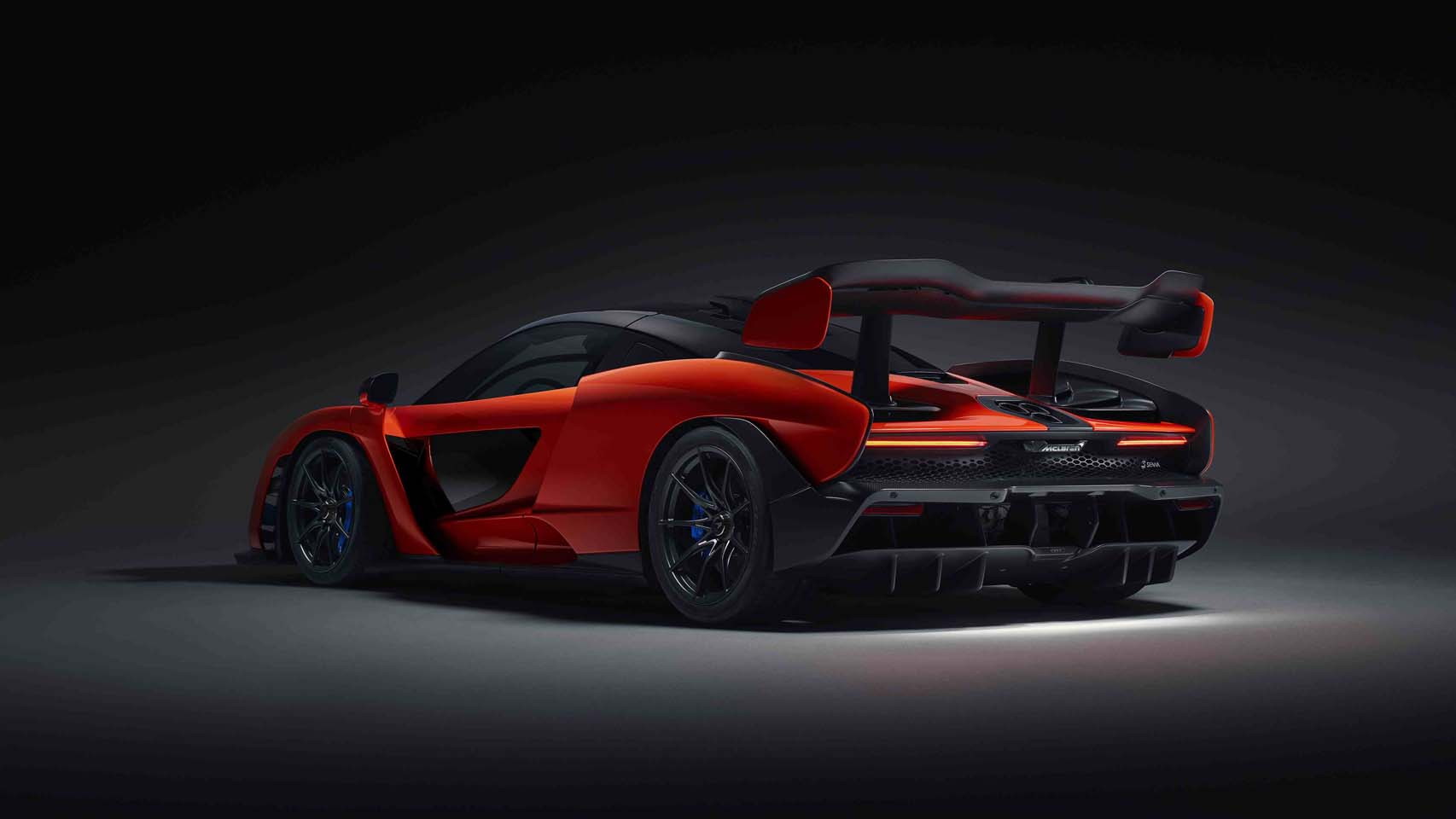 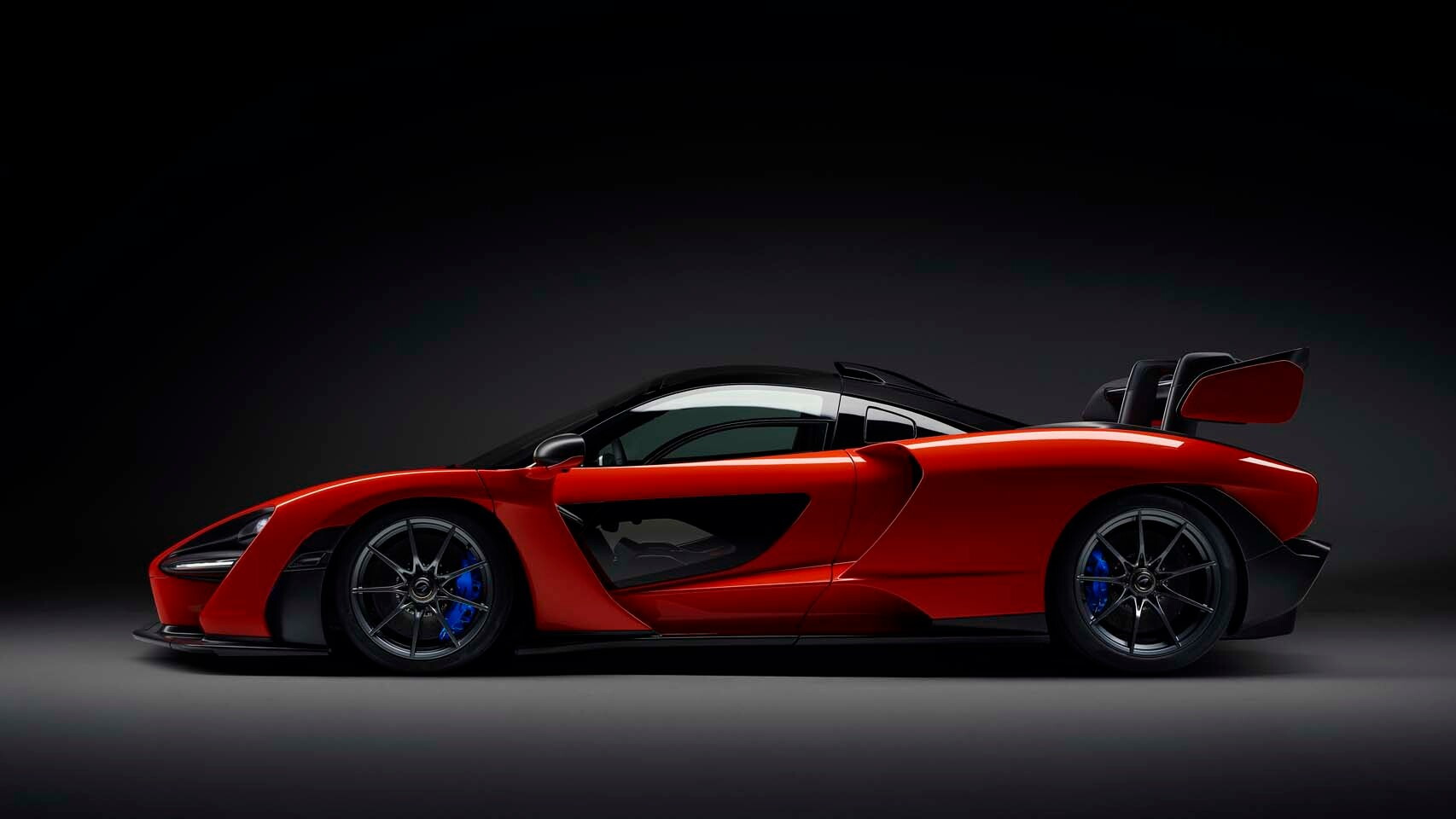 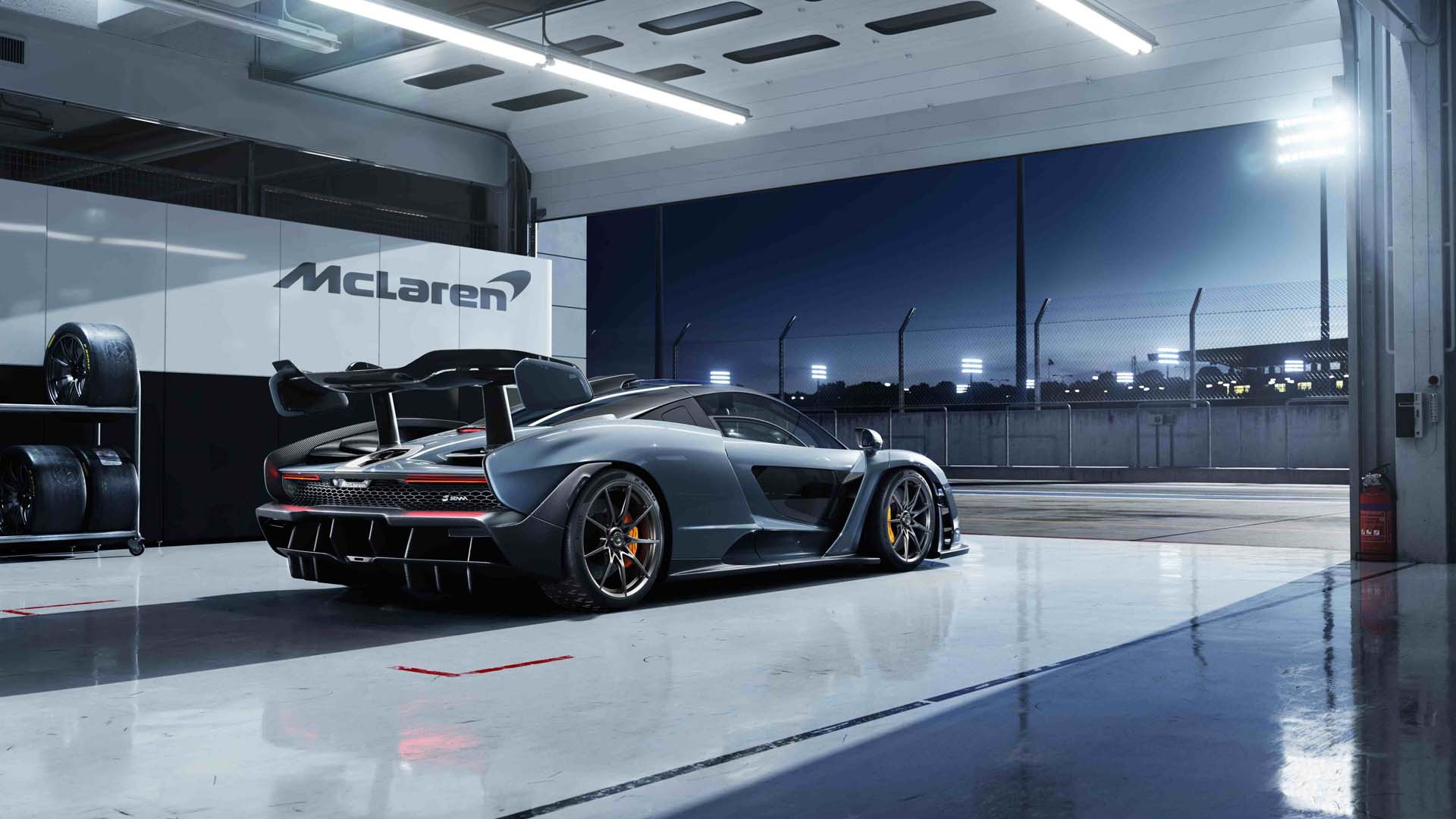 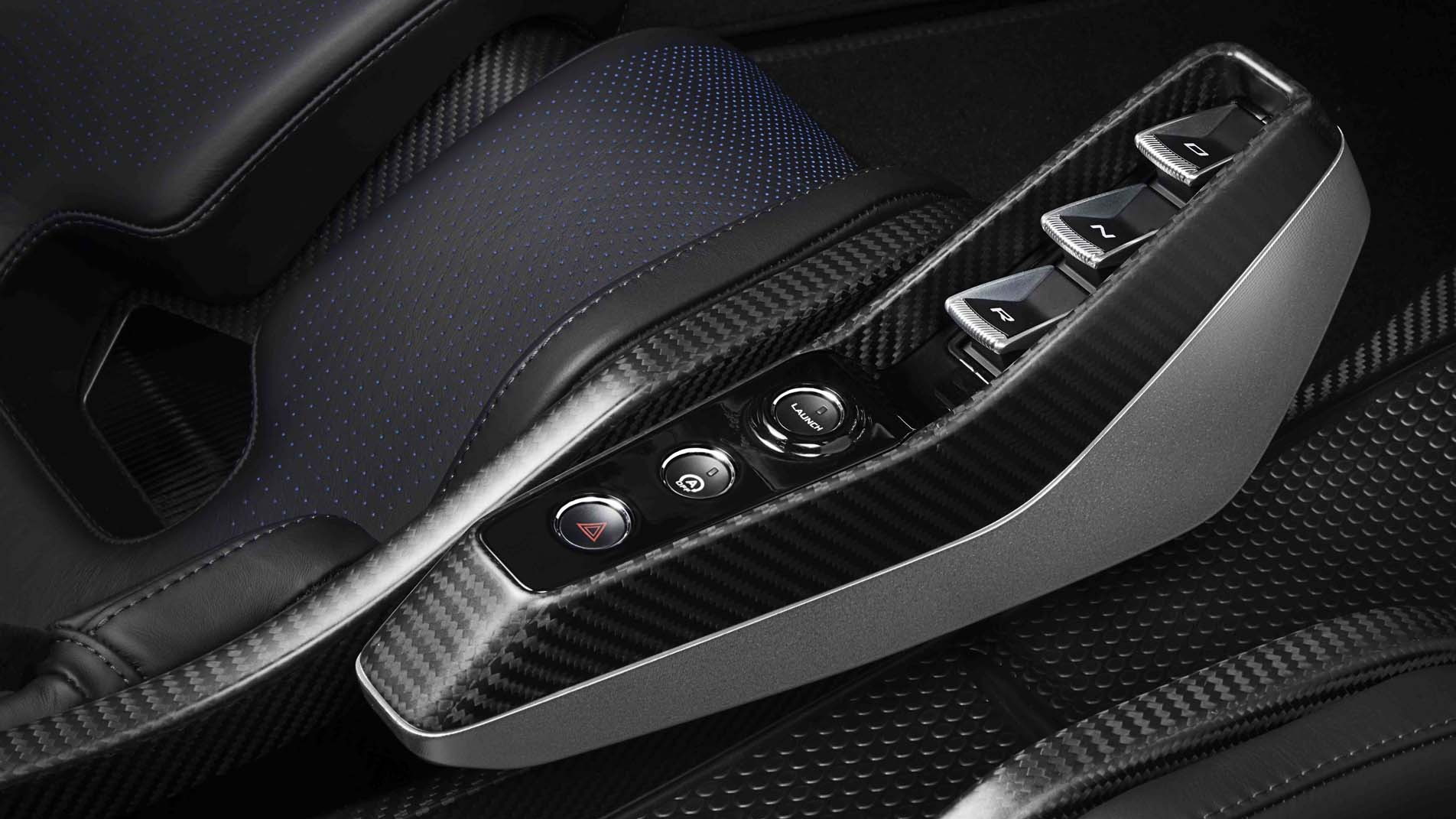 McLaren brought back a legendary name Saturday night, one from its pedigree of historic Formula One racing.

The new McLaren Senna was unveiled in England, a new hypercar in the automaker's stable complete with 789 horsepower and 590 pound-feet of torque motivating just 2,641 pounds of mass (dry).

The mid-engined, rear-wheel-drive car boasts a 4.0-liter twin-turbocharged V-8 at its heart, sunk deep into an ultra-lightweight carbon fiber chassis wrapped in more carbon fiber, with an aggressive stance and functional aerodynamics hammering every stretch of pavement it conquers. McLaren didn't specify performance, but with a lighter weight and more power than the 720S, it's reasonable to assume that it will sprint to 60 mph in less than 3 seconds with a top speed well past 200 mph.

Distantly related to the McLaren 720S, the Senna follows the P1 in terms of performance and in the automaker's series of "Ultimate" cars—but not in propulsion.

The Senna takes its motivation from the 4.0-liter turbocharged V-8 alone (no hybrid powertrain) and trims more fat from the 720S, if there was any to be found on that car at all. On top of uprated performance from the V-8, the Senna adds more downforce and more functional aerodynamics to stick it to the ground.

A 7-speed dual-clutch automatic handles the furious shifting duties that the V-8 demands, while a double wishbone suspension system with interconnected dampers and constantly monitors the road to stick all four wheels firmly on terra firma. The system uses a kinetic roll system to replace mechanical antiroll bars to independently adjust the dampers for better compression and rebound. Configurable race modes toggle through Comfort, Sport, Track, and Race modes depending on conditions and, of course, the driver's courage.

The cockpit is similar to the 720S in terms of two passengers, side-by-side to wail down streets or a track. The interior is stark and spartan: there's no room for interior storage, the start button is above the driver's head like a jet fighter, and exposed struts for the car's dihedral doors—similar to the F1's doors—open and close to offer a view of the car's extreme aerodynamic accoutrements. The dash, wheel, doors, and paddle shifters are exposed carbon fiber; the large touchscreen is the only high-tech controller found in the cockpit.

The car's extreme aerodynamics take their cues from the 720S, but are shaved of any unnecessary elements to reduce weight. Every bit of the Senna, including headlights and taillights serve as cooling ducts for the engine or to whisk high-pressure airflow away from the car and toward the back of the massive dual-stage carbon fiber wing that's nearly 4 feet above the rear deck.

McLaren will produce 500 examples of the Senna and it will cost $1 million for buyers who've already snapped up every example.

The McLaren Senna will make its public debut at the 2018 Geneva motor show next March.