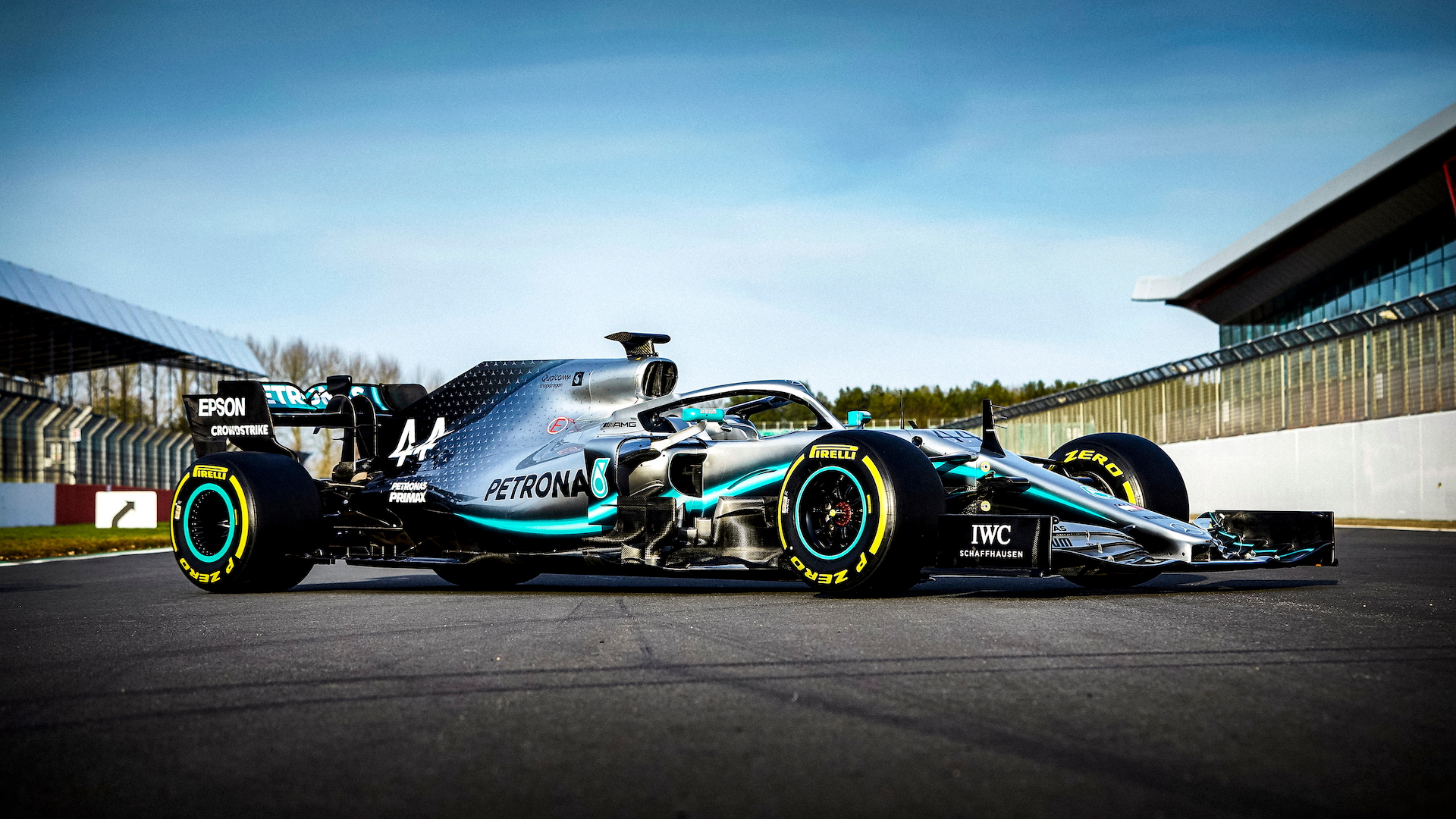 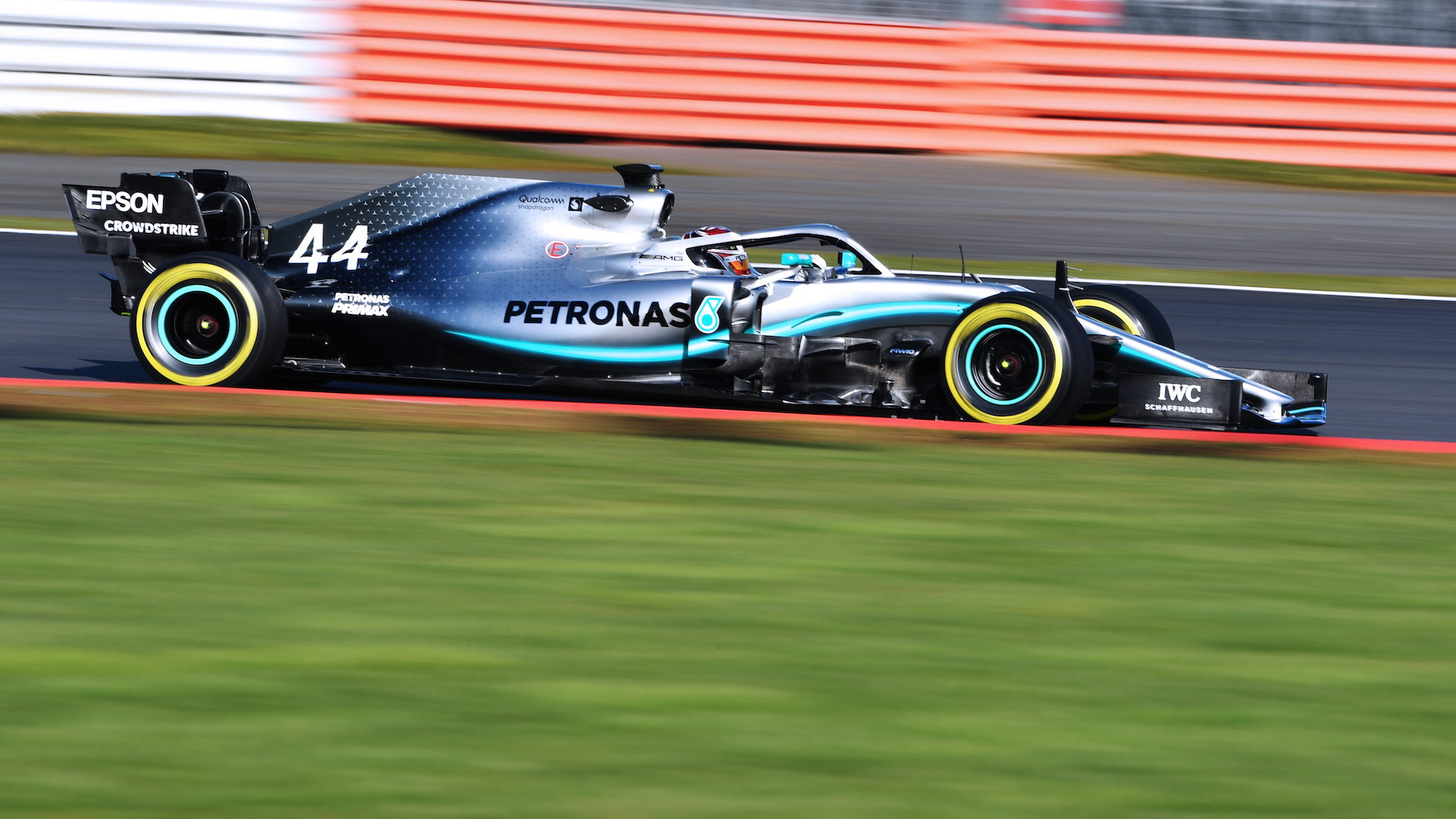 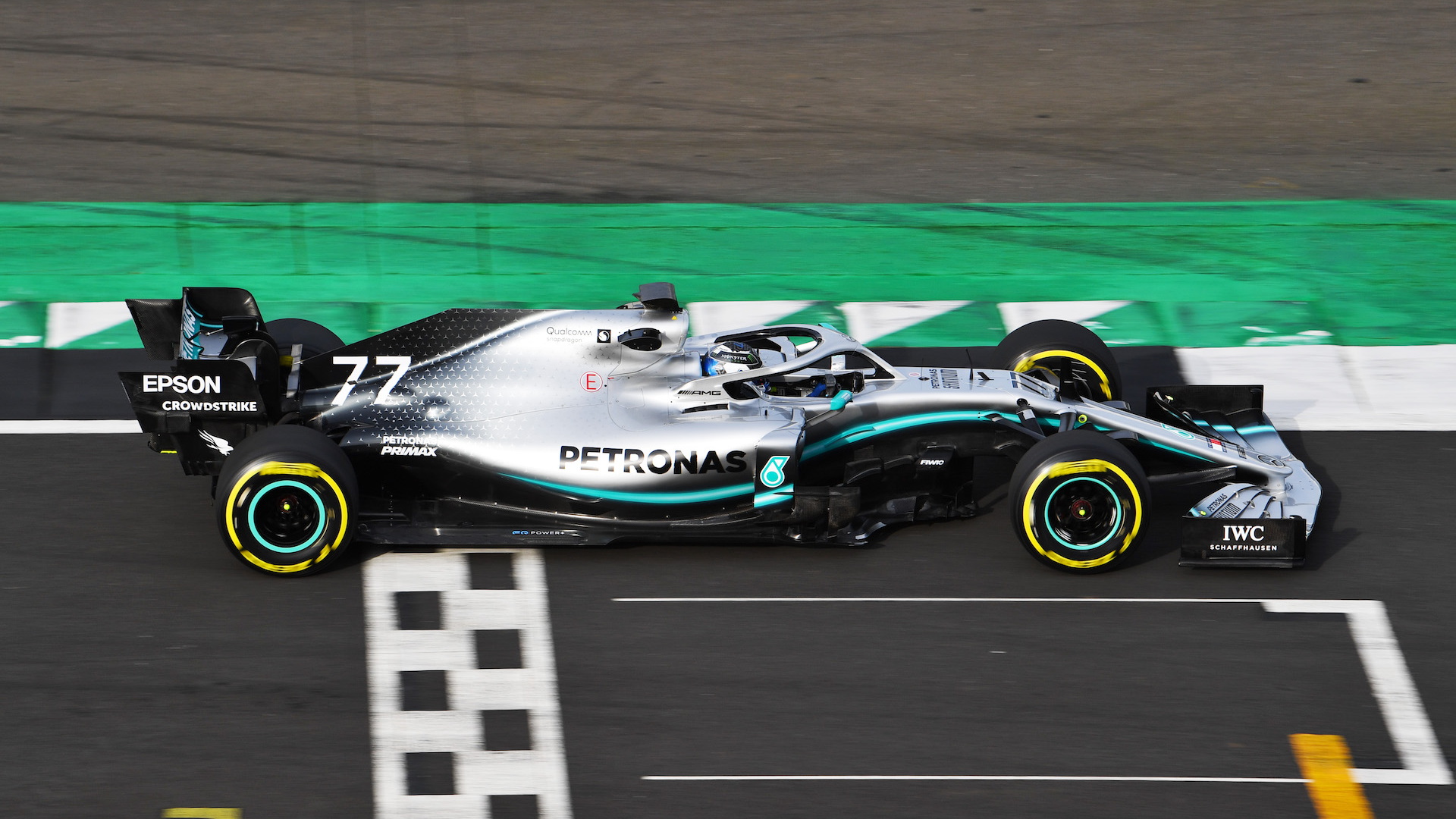 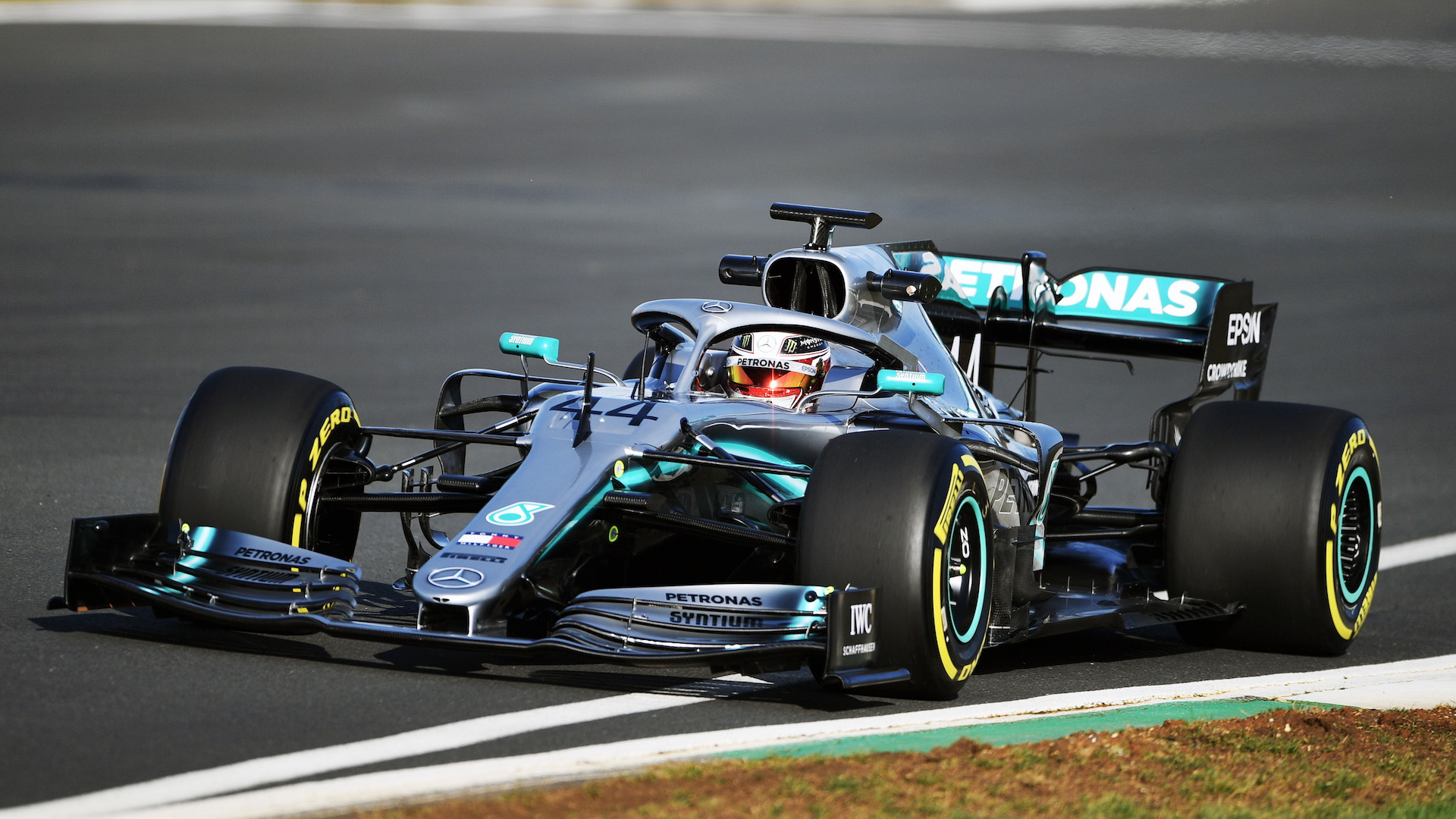 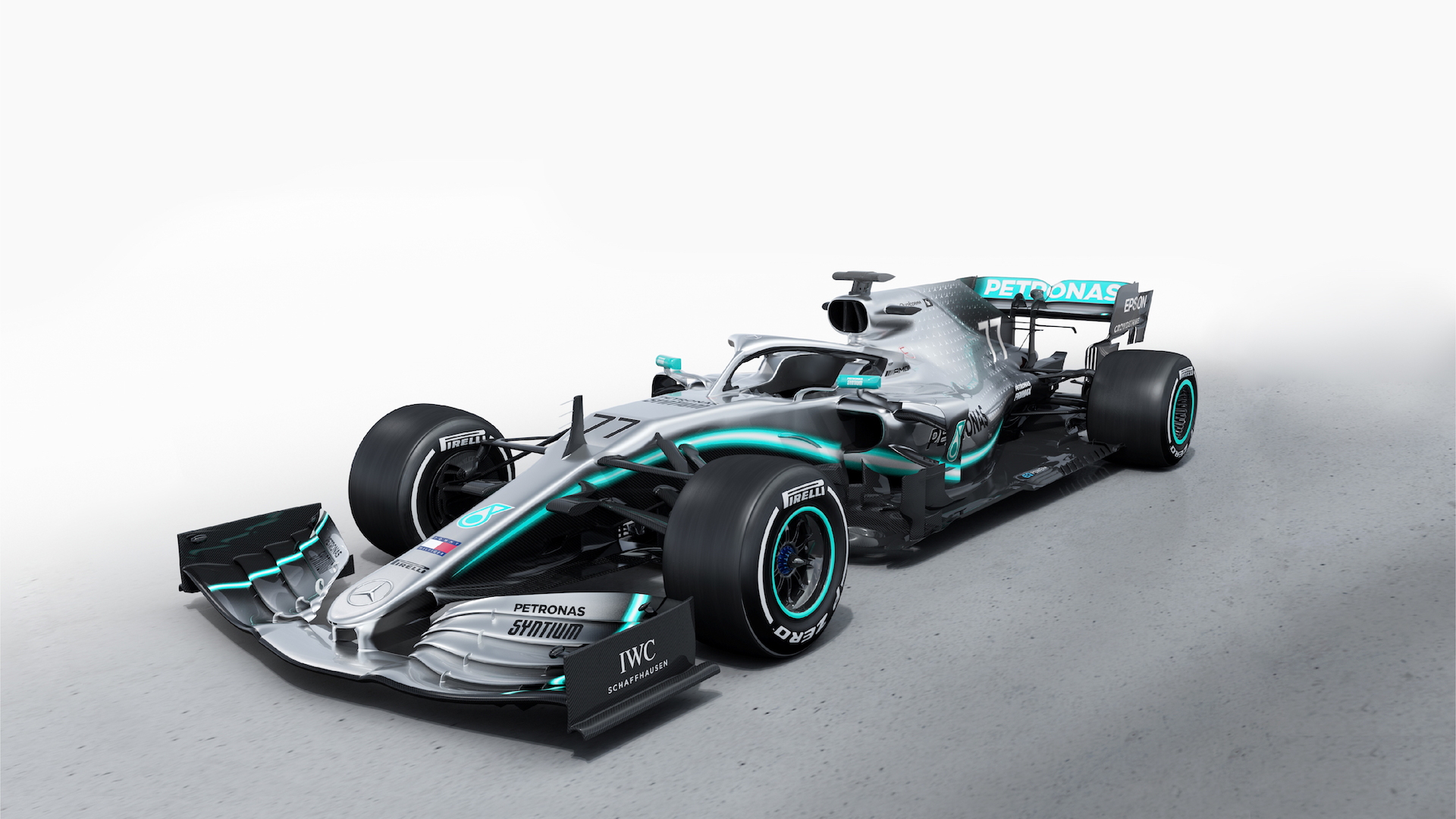 The 2019 Formula One season is only weeks away and teams have begun to reveal the cars they've been working on for the past two years. This is Mercedes-AMG's latest pride and joy: the F1 W10 EQ Power+.

The new F1 car bowed on Thursday as the team took the car for its first laps around Silverstone with both of its drivers behind the wheel. The 2019 season will see Valtteri Bottas and reigning champion Lewis Hamilton return to drive for Mercedes-AMG. Although the overall look of the W10 is quite similar to the W09, there are numerous aerodynamic changes to the new F1 race car. The changes are due to new regulations that take effect for the 2019 season F1 season.

With the aero changes, the team worked to create a race car that was, in the words of Technical Director James Allison, "much kinder" to the tires. He noted Mercedes-AMG wasn't as efficient compared to rivals when it came to tire wear last season; aero tweaks should help the W10's tires last longer during a race.

Regulations also raised the weight minimum by 22 pounds to accommodate additional aero pieces, though the team still shaved weight elsewhere. Painstakingly, engineers combed the entire car to shave a few pounds, or sometimes ounces, that added up to a "handful" of pounds gone from the W10 and reinvested in aero.

Mercedes-AMG's power unit remains mostly the same this year with some evolutionary changes. Engineers upgraded the cooling architecture to not only help with aero but to provide a secondary efficiency benefit for the power unit. The engine is a turbocharged and hybridized 1.6-liter V-6. Mercedes-AMG's partner, Petronas, created unique fluids for the power unit and brewed up a special fuel for best thermal efficiency—more of the fuel is put to "work" and turned into power rather than simply being lost to heat.

Aside from the mechanical changes, the W10 sports an updated livery for 2019 as Mercedes-Benz marks its tenth season as part of F1 as a modern-day works team. While Mercedes-AMG hopes to carry on its winning streak from the past couple of years, 2019 marks the first year Mercedes will also compete in Formula E.

You can watch the W10 take its first lap with Hamilton behind the wheel in the video above before the F1 season kicks off on March 17 with the Australian Grand Prix.