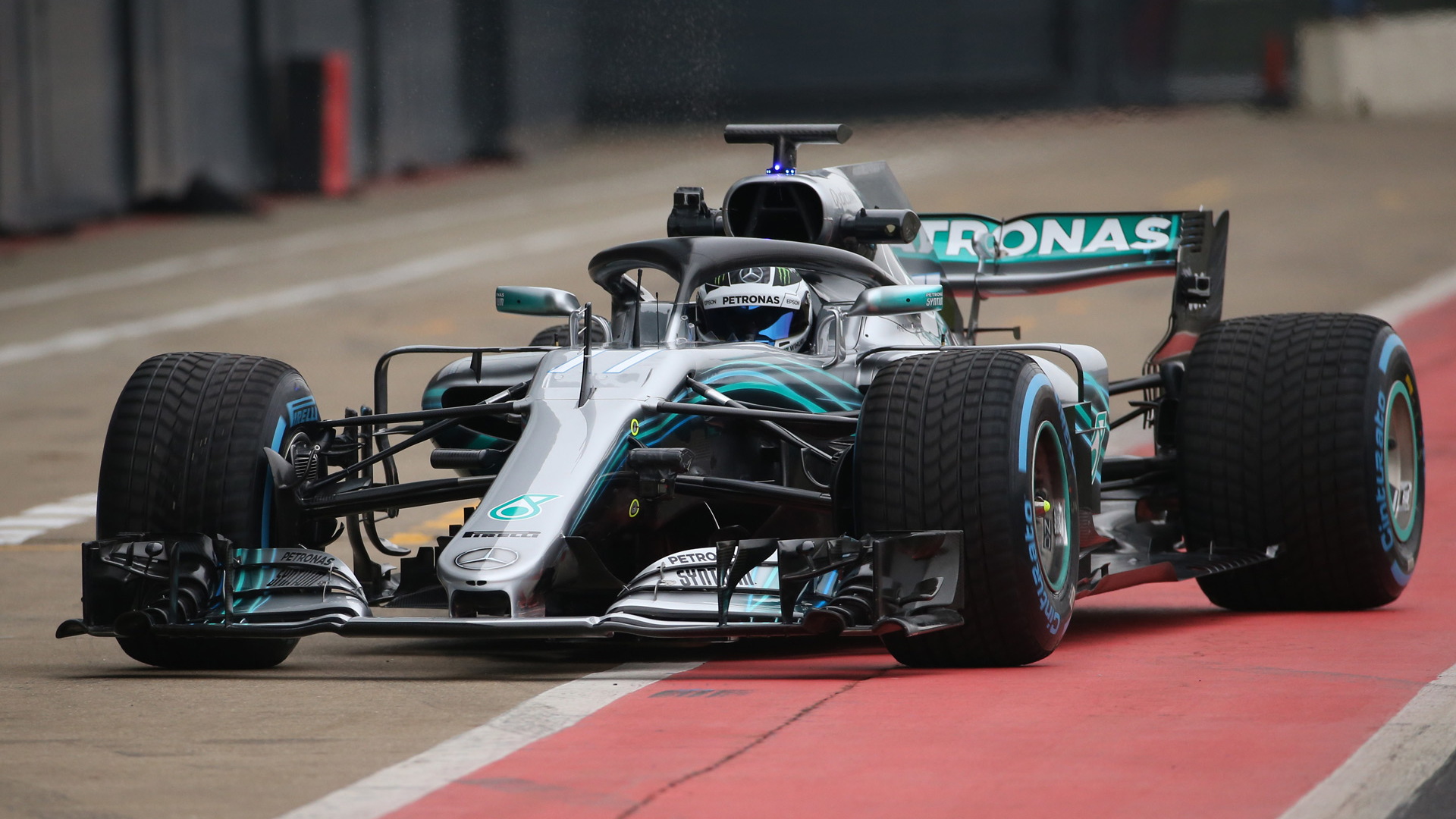 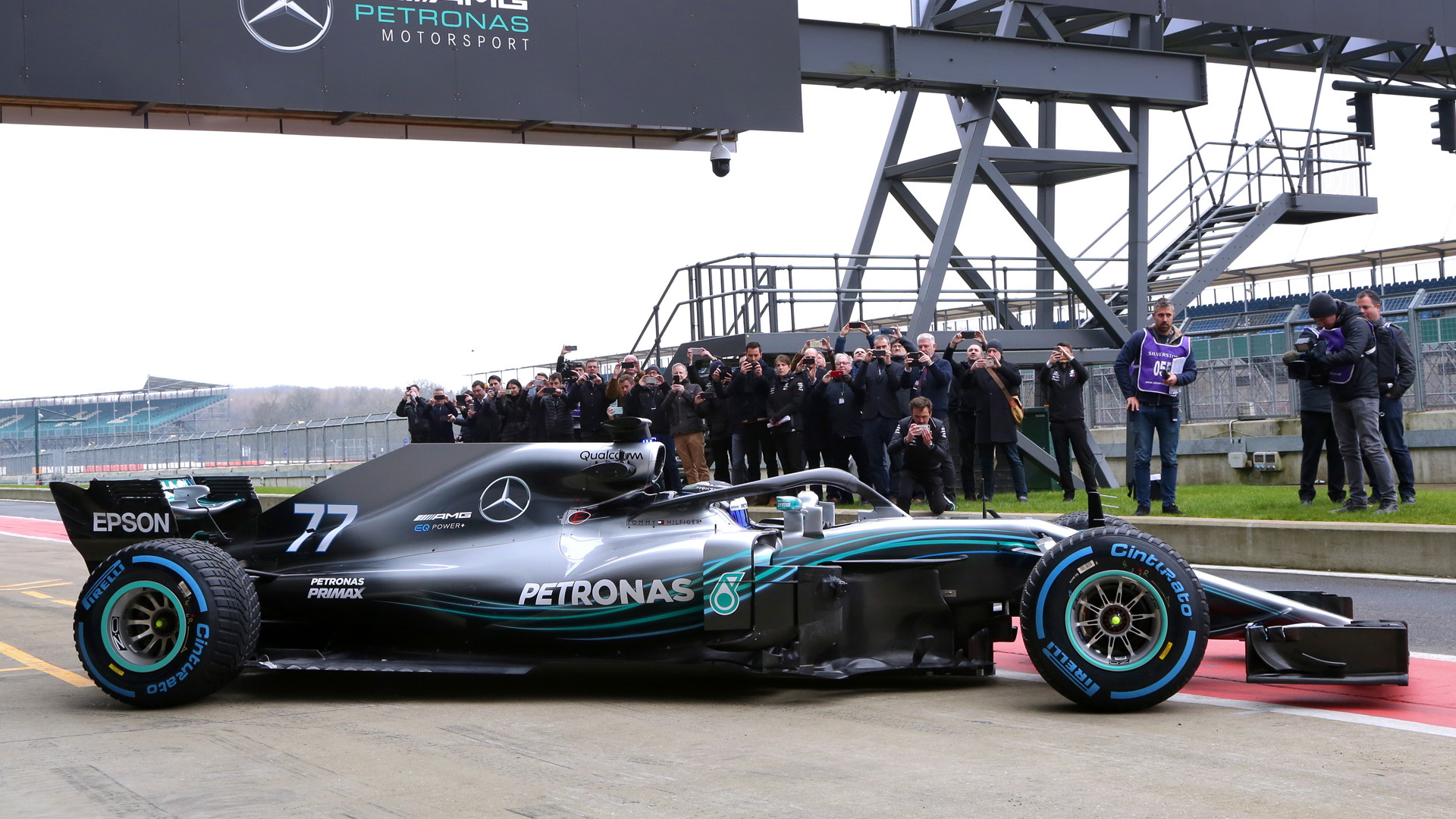 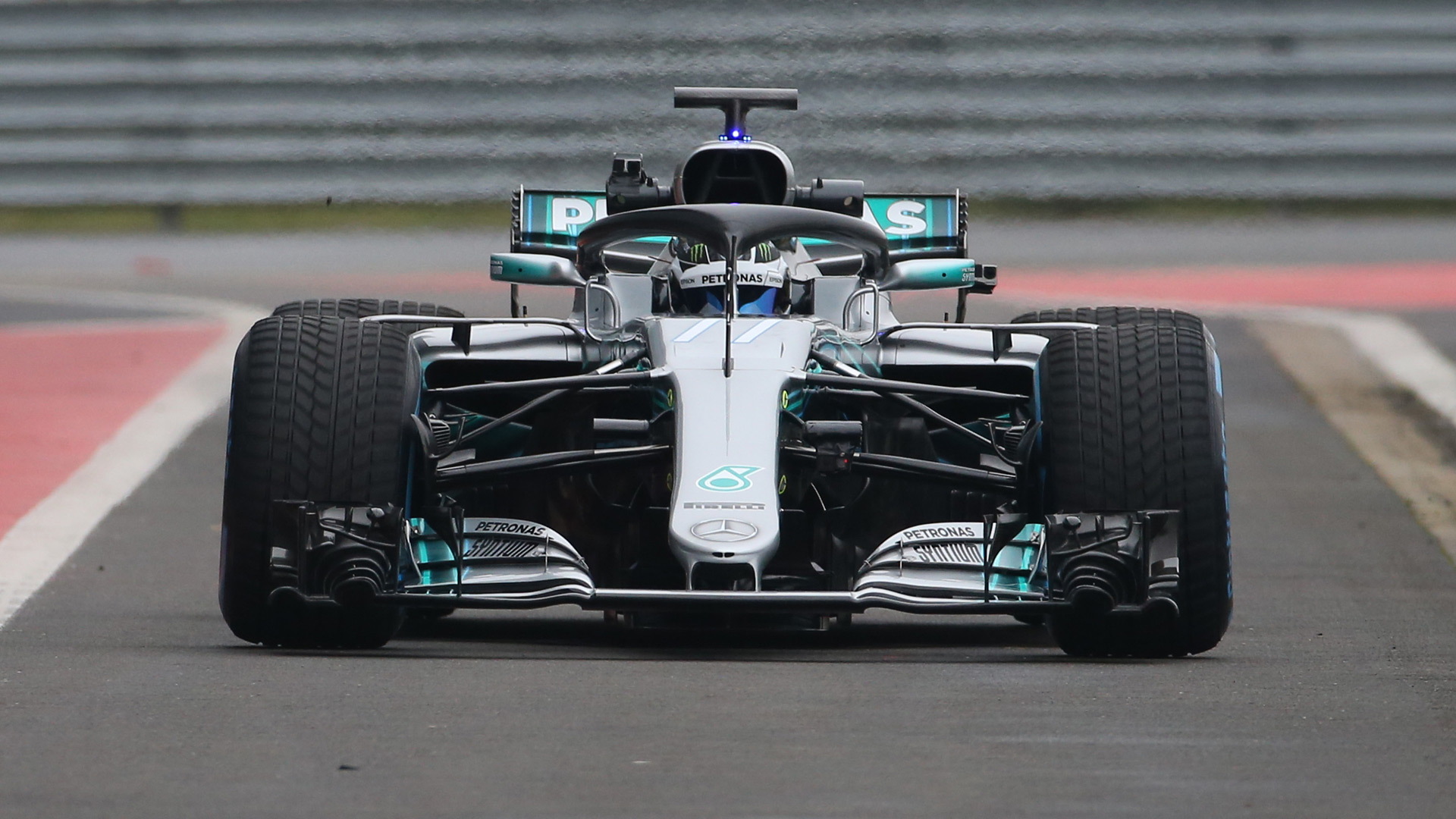 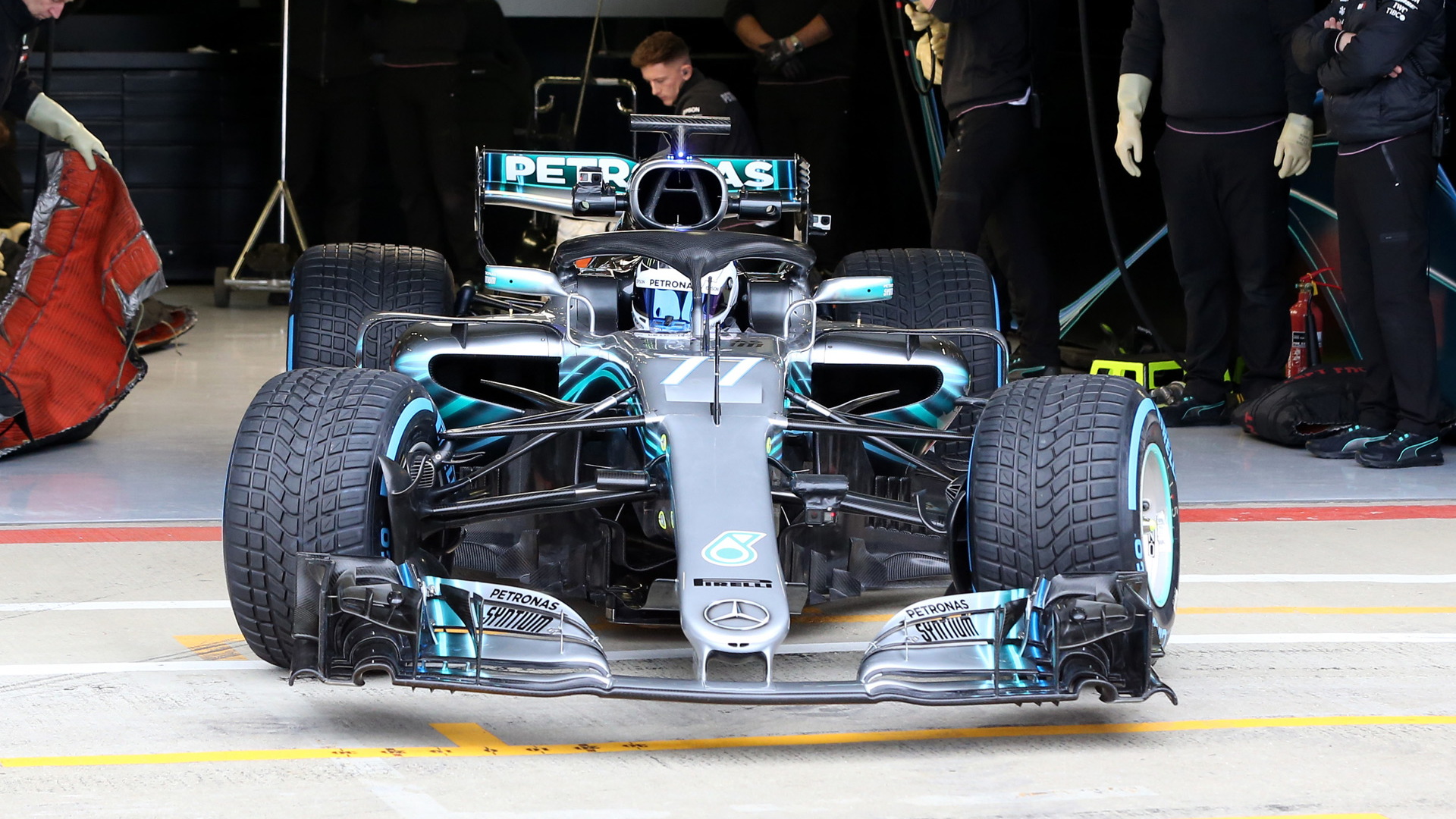 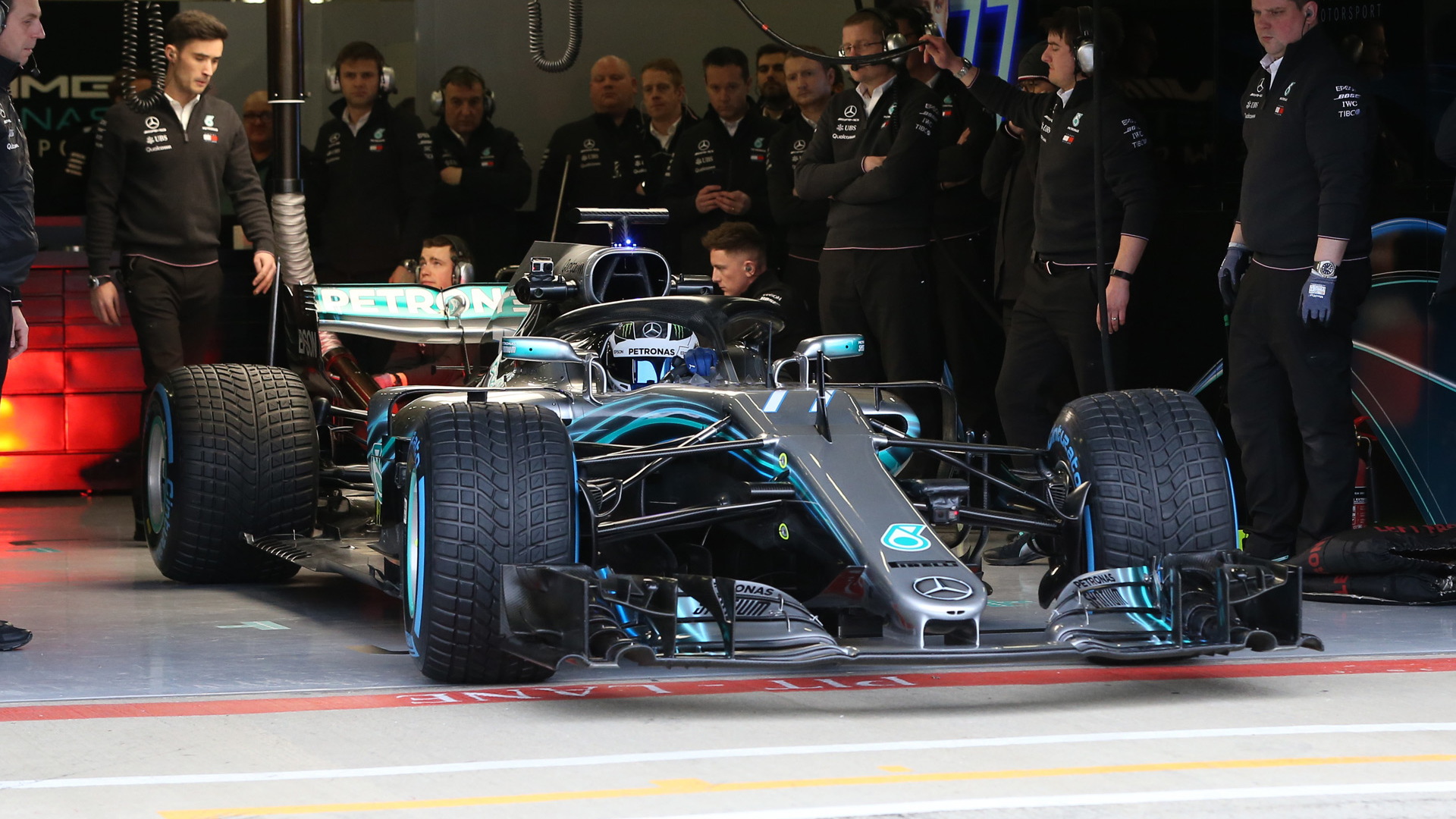 Mercedes-AMG is the latest Formula 1 team to reveal its car for the 2018 World Championship: the W09 EQ Power+.

The car is an evolution of last year's W08 EQ Power+ that star driver Lewis Hamilton drove to a fourth title. He's odds-on favorite to win this year, too, as the W09 is expected to be even faster. Mercedes is calling it the fastest grand prix car in the automaker's history.

Its reveal took place at the Silverstone Circuit, close to where the team is based, and Hamilton's teammate Valtteri Bottas was the first to take it for a spin.

After last season's dramatic changes, the regulations have been mostly stable for the 2018 season. The most significant change has been the introduction of the Halo cockpit protection system and the ban of both the T-wing and fin mounted atop the engine cover. Also gone is the crash wing, better known as the monkey seat, which used to sit below the rear wing. Another change specific to Mercedes' car is a slightly increased rake angle.

The design of the power unit is also mostly the same as last season, meaning a 1.6-liter turbocharged V-6 working with two motor-generators—one mounted on the driveline and the other integrated with the turbocharger. However, per the new regulations, teams will only be allowed to change the internal combustion component three times in the season instead of four. It means each of the turbocharged V-6s will have to deal with a 40 percent increase in mileage, thus engineers have focused on making the engines more durable.

Teams now head to the Circuit de Catalunya near Barcelona, Spain for the start of the winter tests on February 26. The first race of the new season is the Australian Grand Prix on March 25.