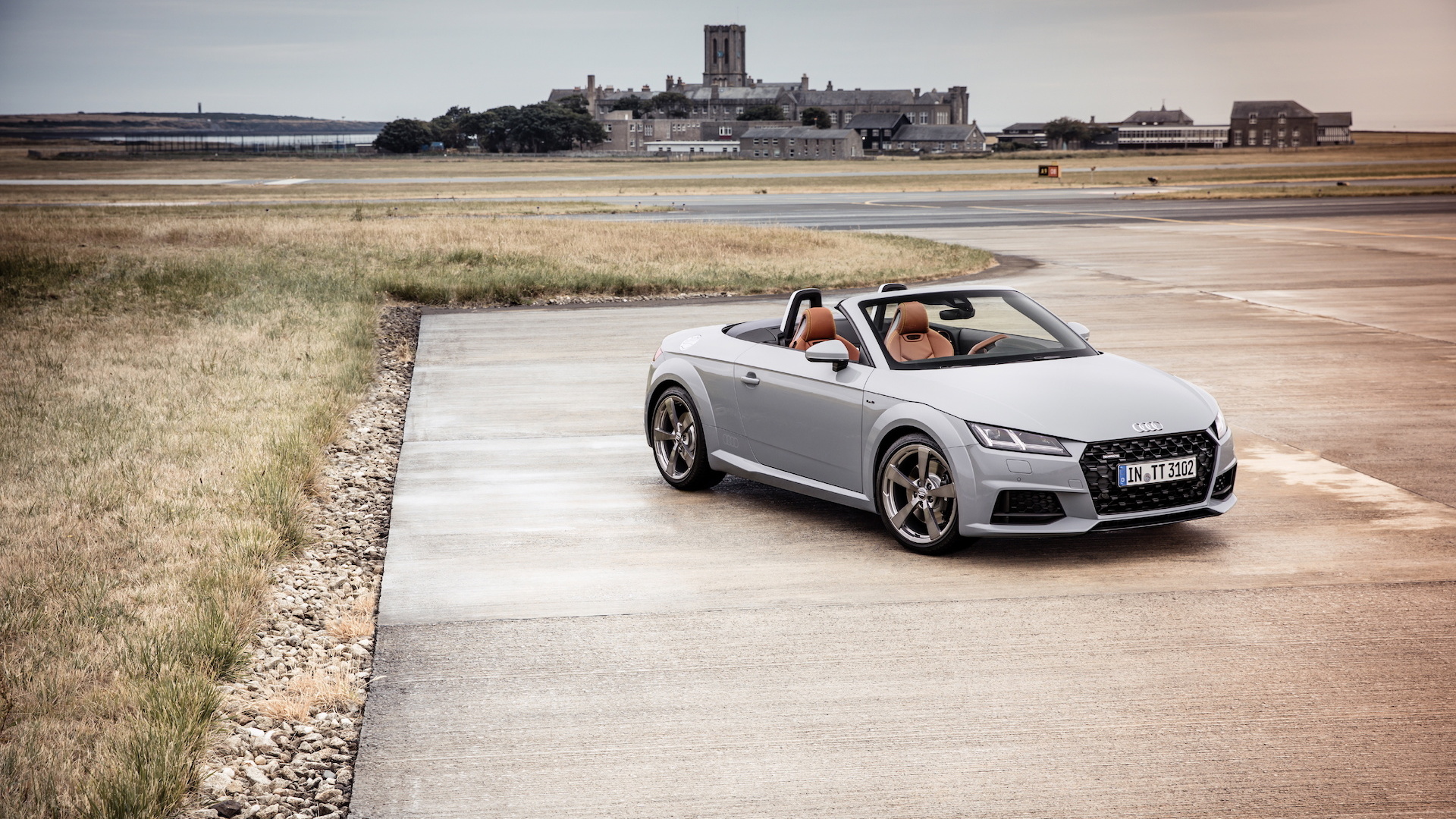 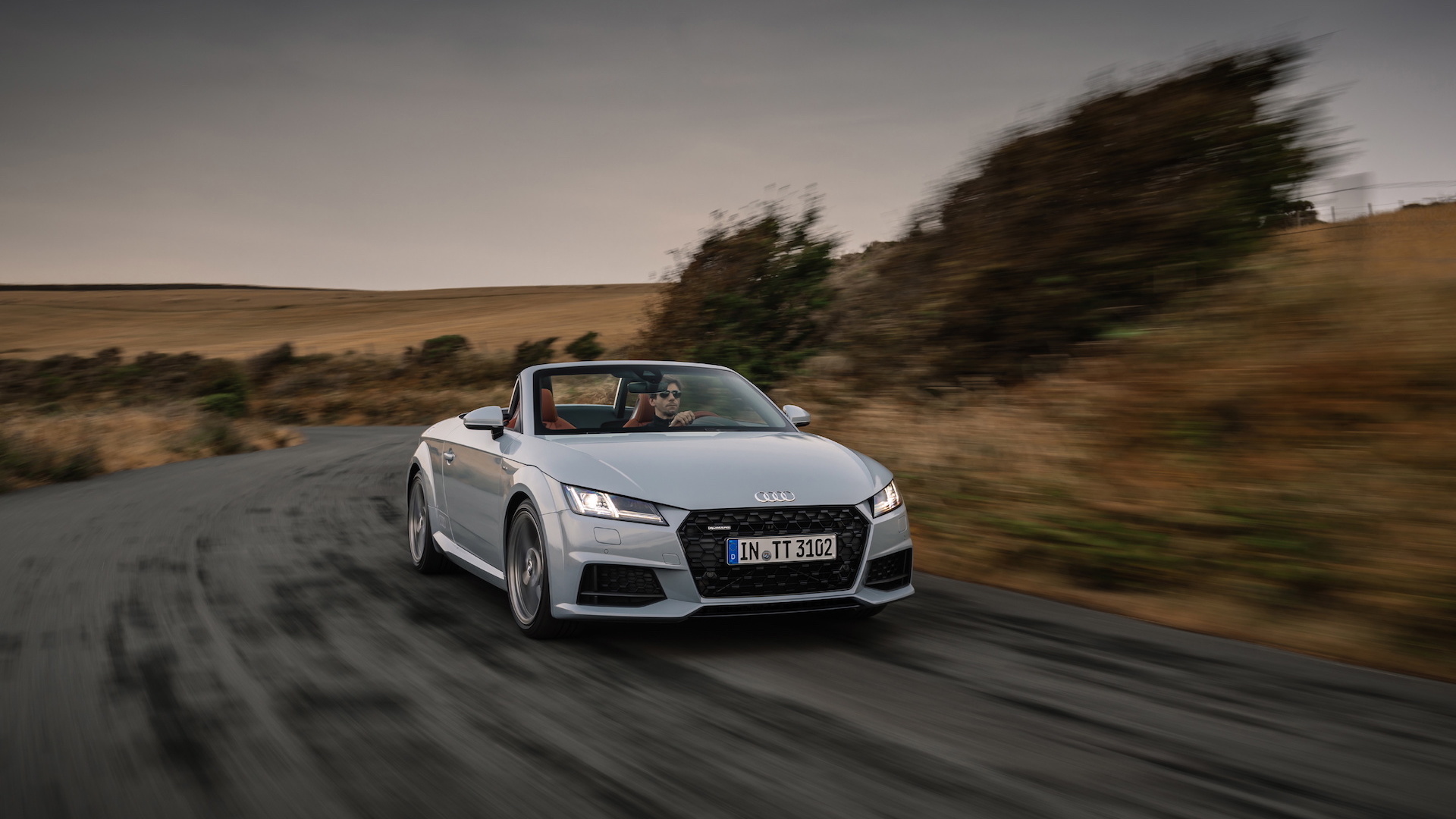 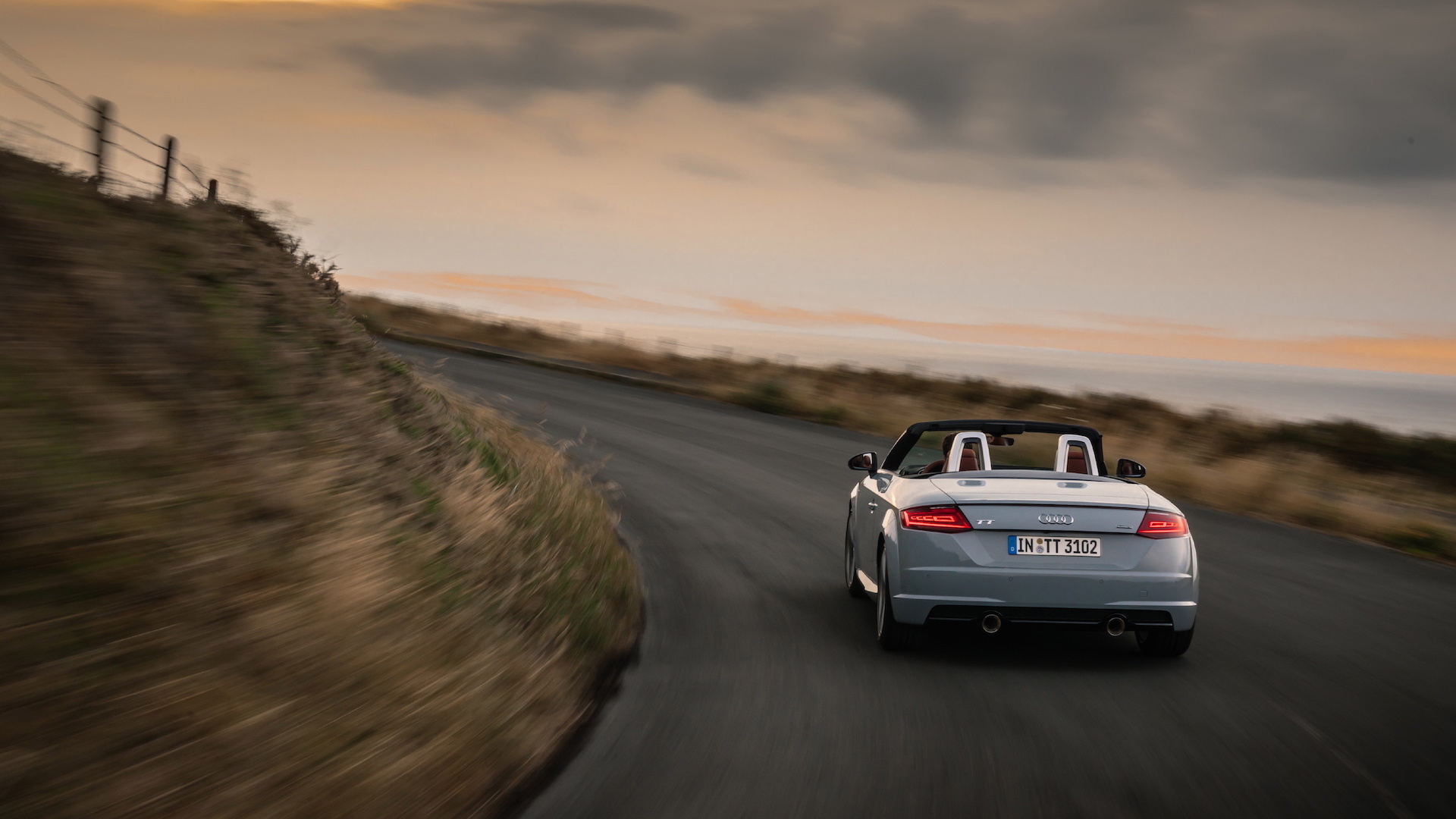 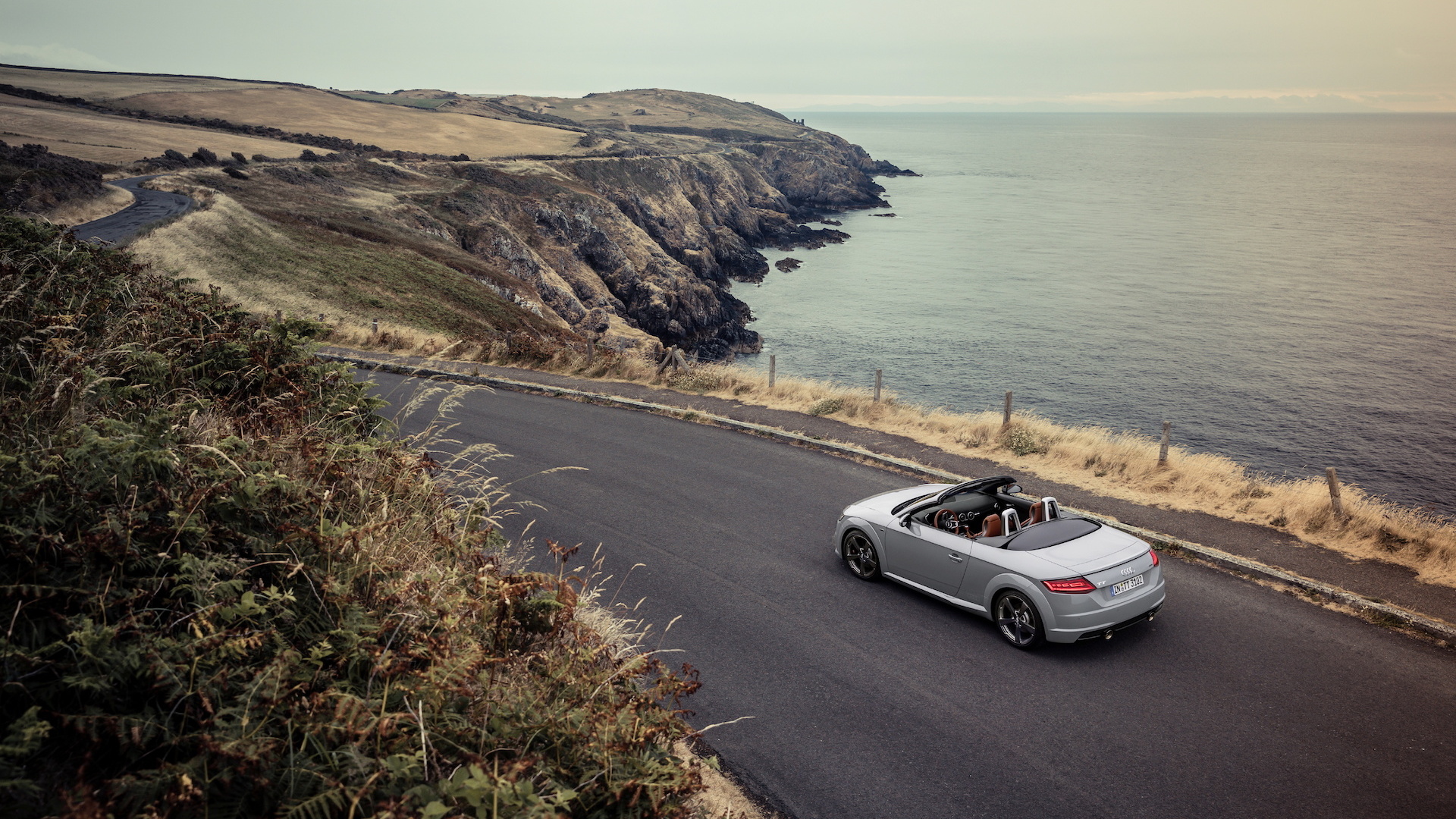 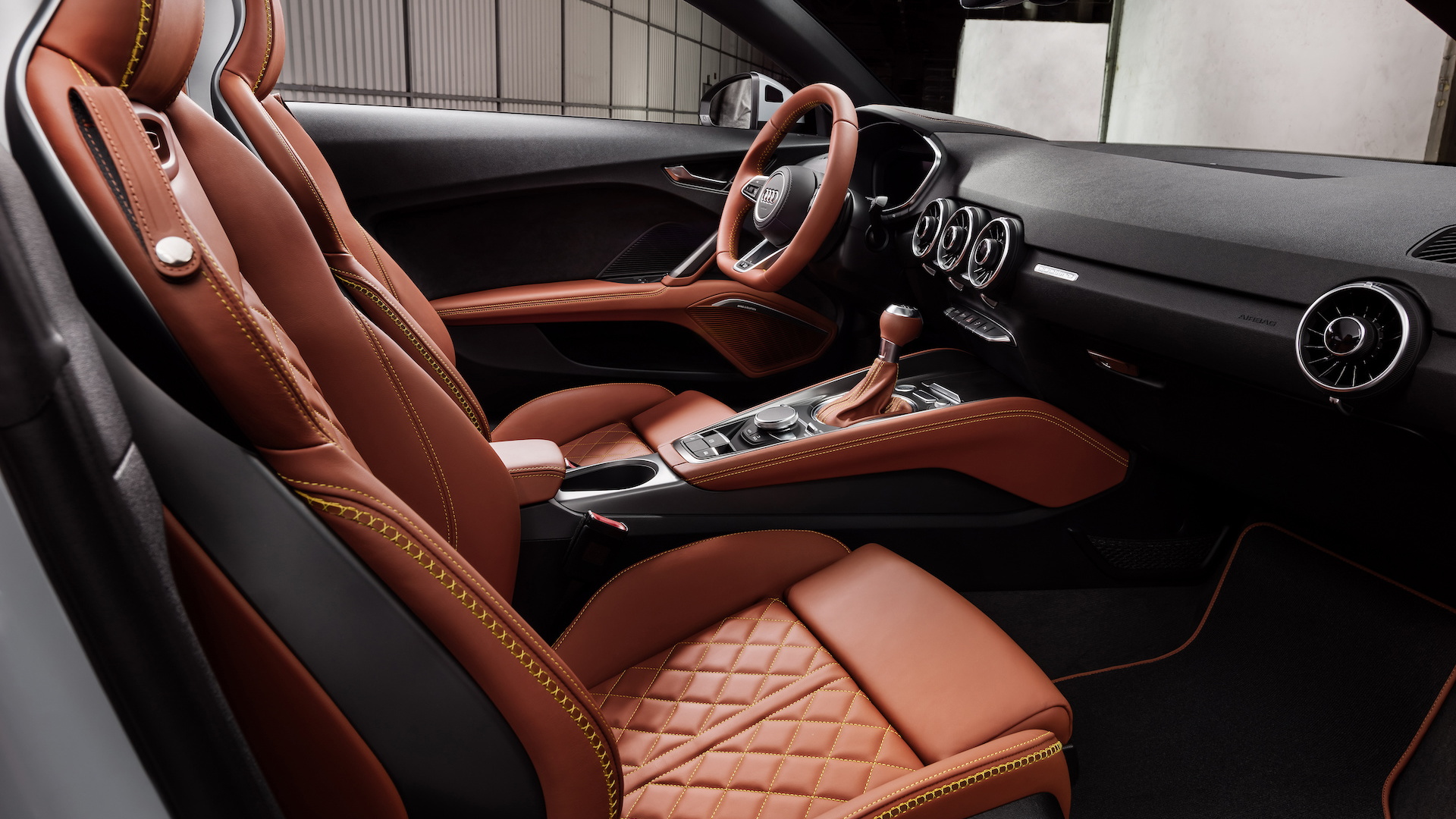 The toast to the sports car's lineage starts at $53,895, which includes a $995 destination fee. For those who want to ring in the car's anniversary sans roof, Audi charges $57,795 for the roadster. No matter coupe or roadster, both TT 20th Anniversary Edition models come with nods to the car's past, specifically, an interior akin to TTS Roadster concept that premiered at the 1995 Tokyo Motor Show. 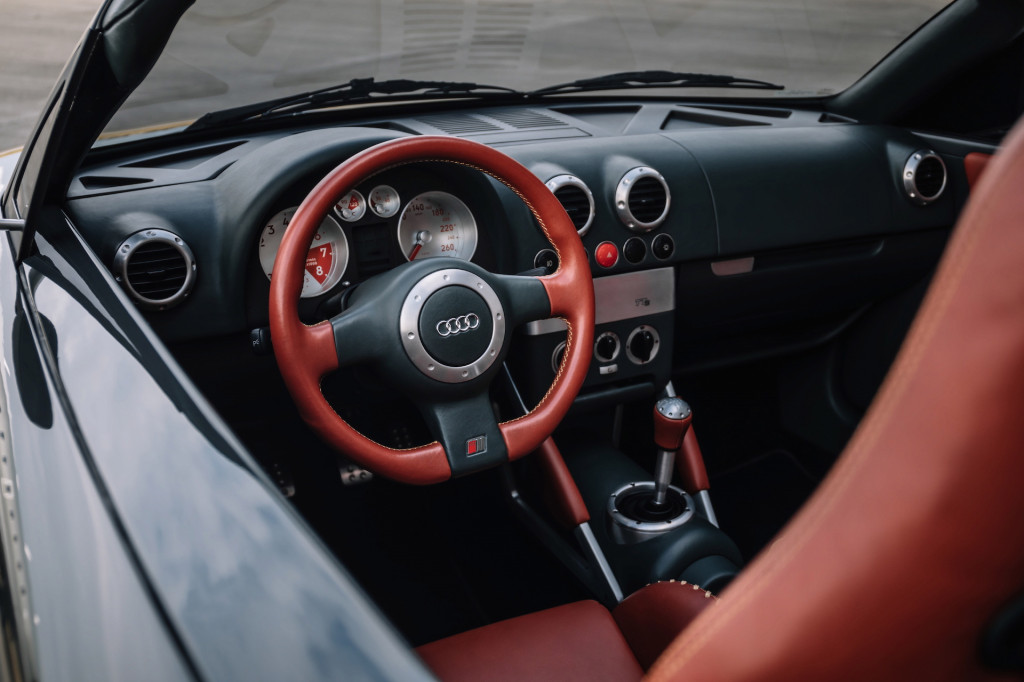 The concept car's interior (pictured above) featured a Mocassin Brown color on the seats, steering wheel, and some accent panels. The TT 20th Anniversary Edition (pictured below) recalls the color with a production leather upholstery finished in Mocassin Brown. The steering wheel also sees the same hue, but the S Sport seats gain decorative leather strips and yellow-contrasting stitching arrayed as a modern interpretation of the original TT's baseball-style stitch. Finally, each cabin receives a plaque with the car's production number and a "TT 20 Years" marking. 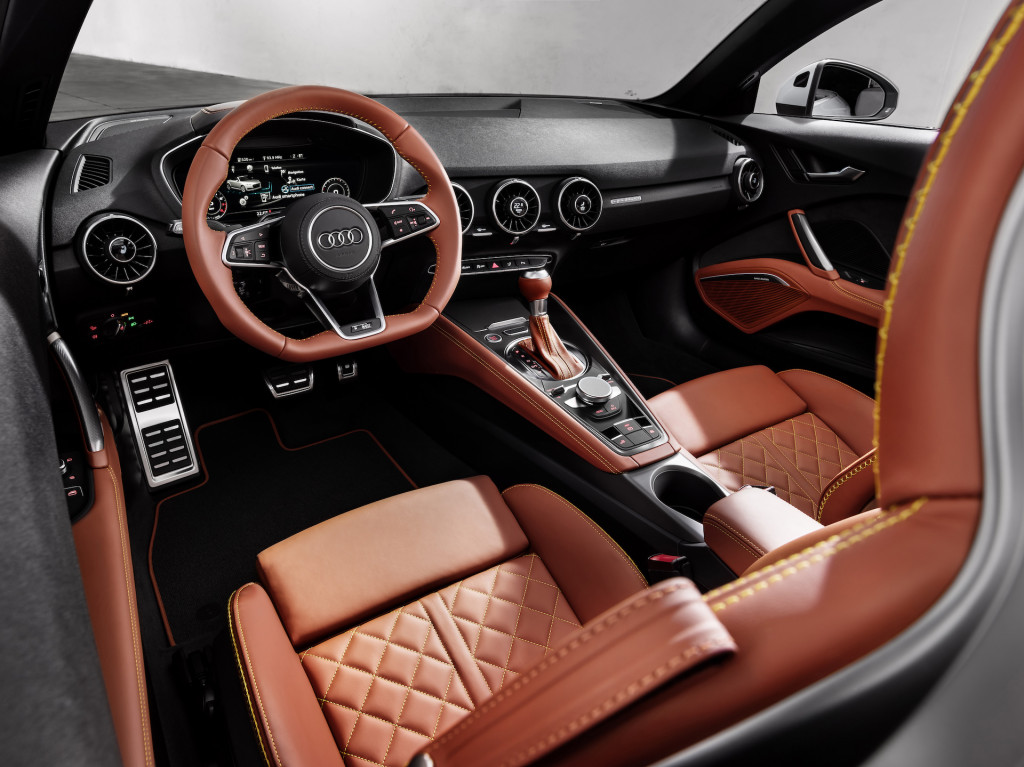 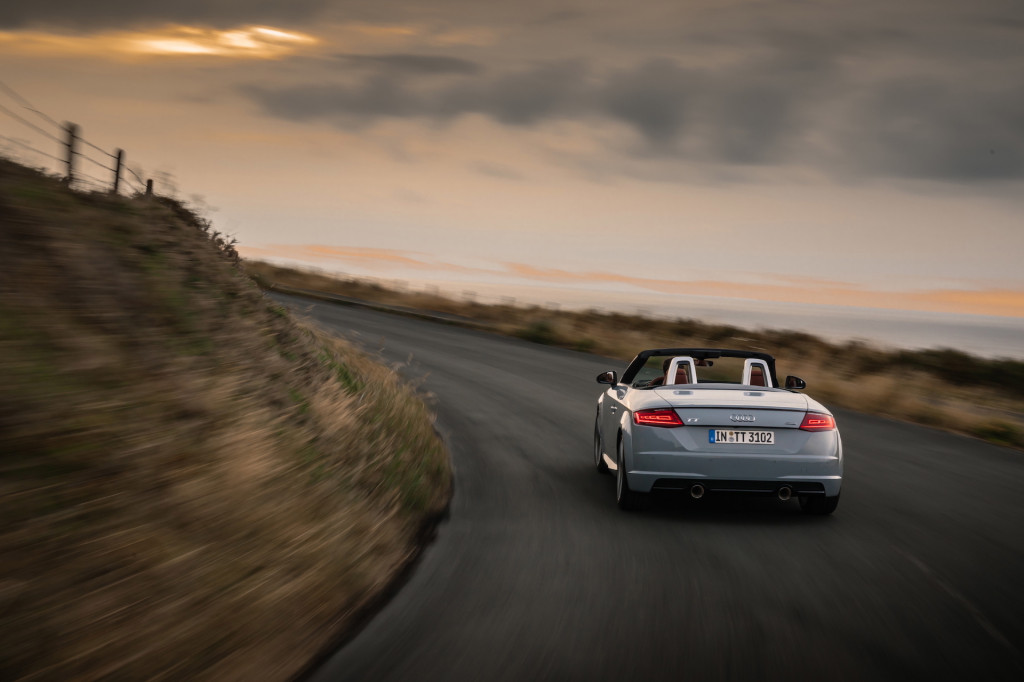 Unlike the global TT 20th Anniversary Edition, the U.S. model has only one powertrain configuration. The sports car features a 2.0-liter turbo-4 engine that makes 228 horsepower paired to a 7-speed dual-clutch automatic transmission. Elsewhere in the world, Audi will offer two flavors: 197-hp and 245-hp versions, and the latter also gains a manual transmission option and all-wheel drive.

Still, the 228 hp will send the TT 20th Anniversary Edition coupe from 0-60 mph in 5.2 seconds, and the roadster will complete the same sprint in 5.6 seconds.

Audi told Motor Authority last December that the brand will build 999 examples of the special-edition car. Of those, only 80 TT 20th Anniversary Edition cars will reach the U.S., split 50/50 between the coupe and convertible. They are on sale now, so if you want one, you had better act quickly.