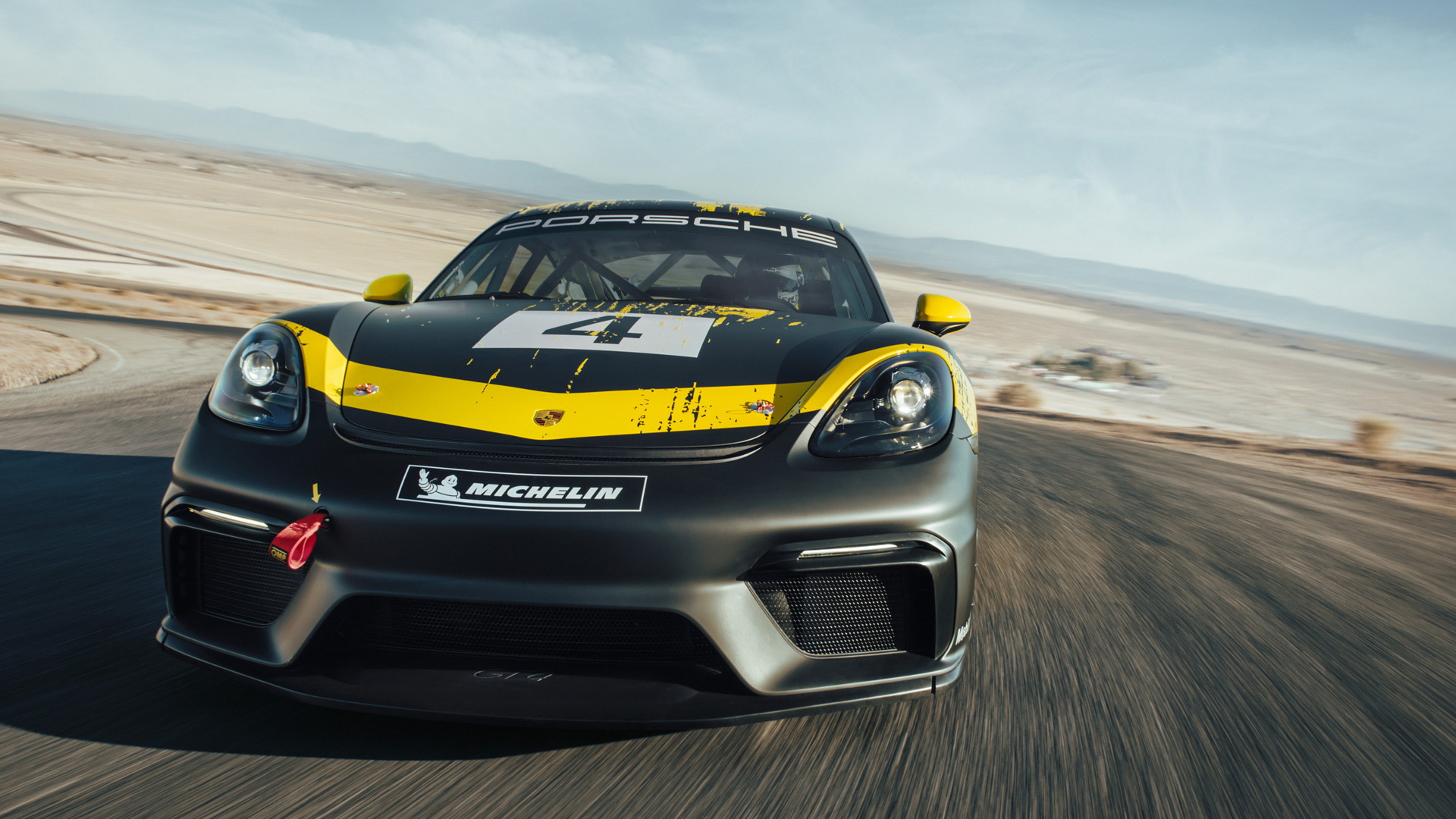 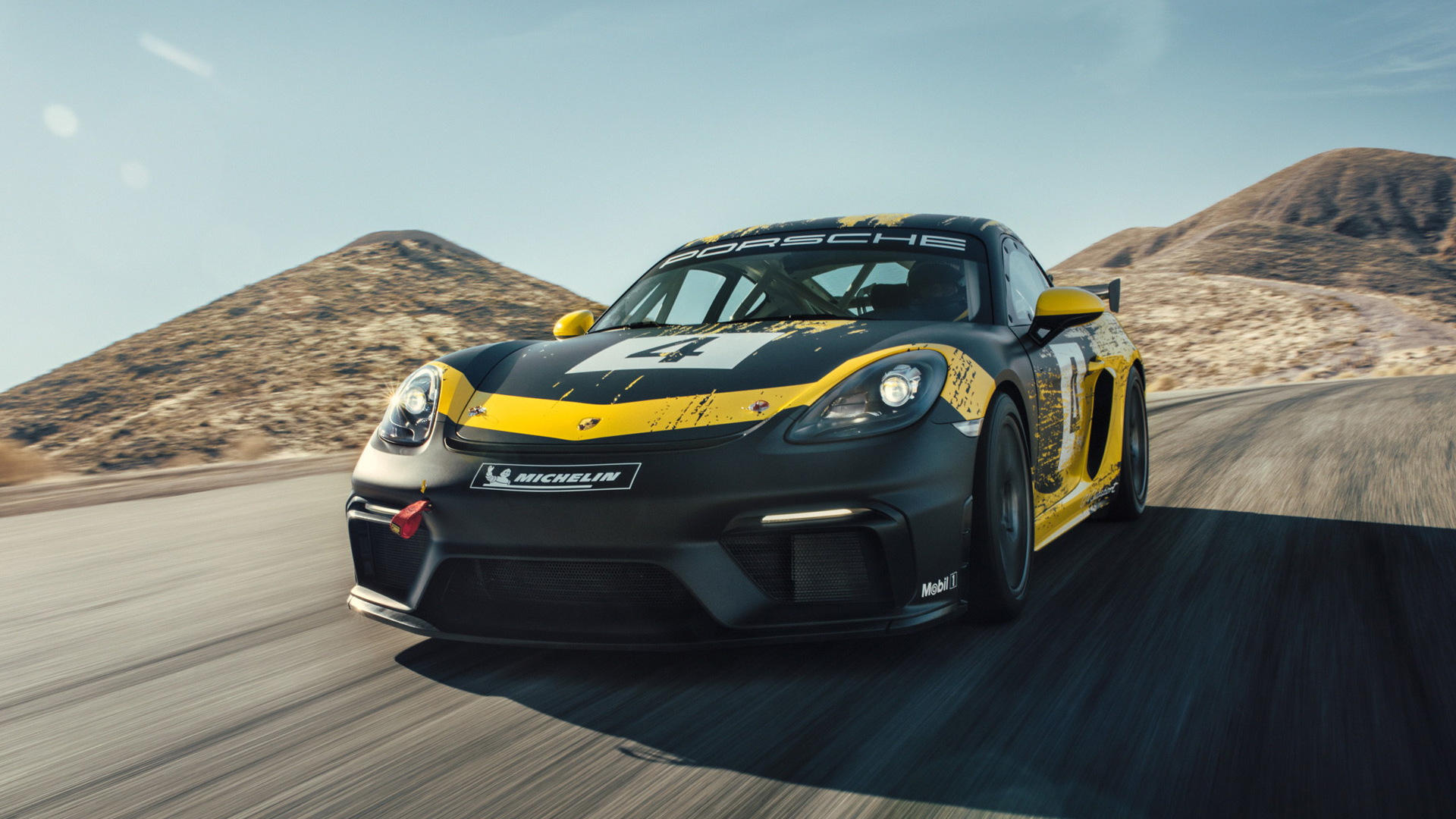 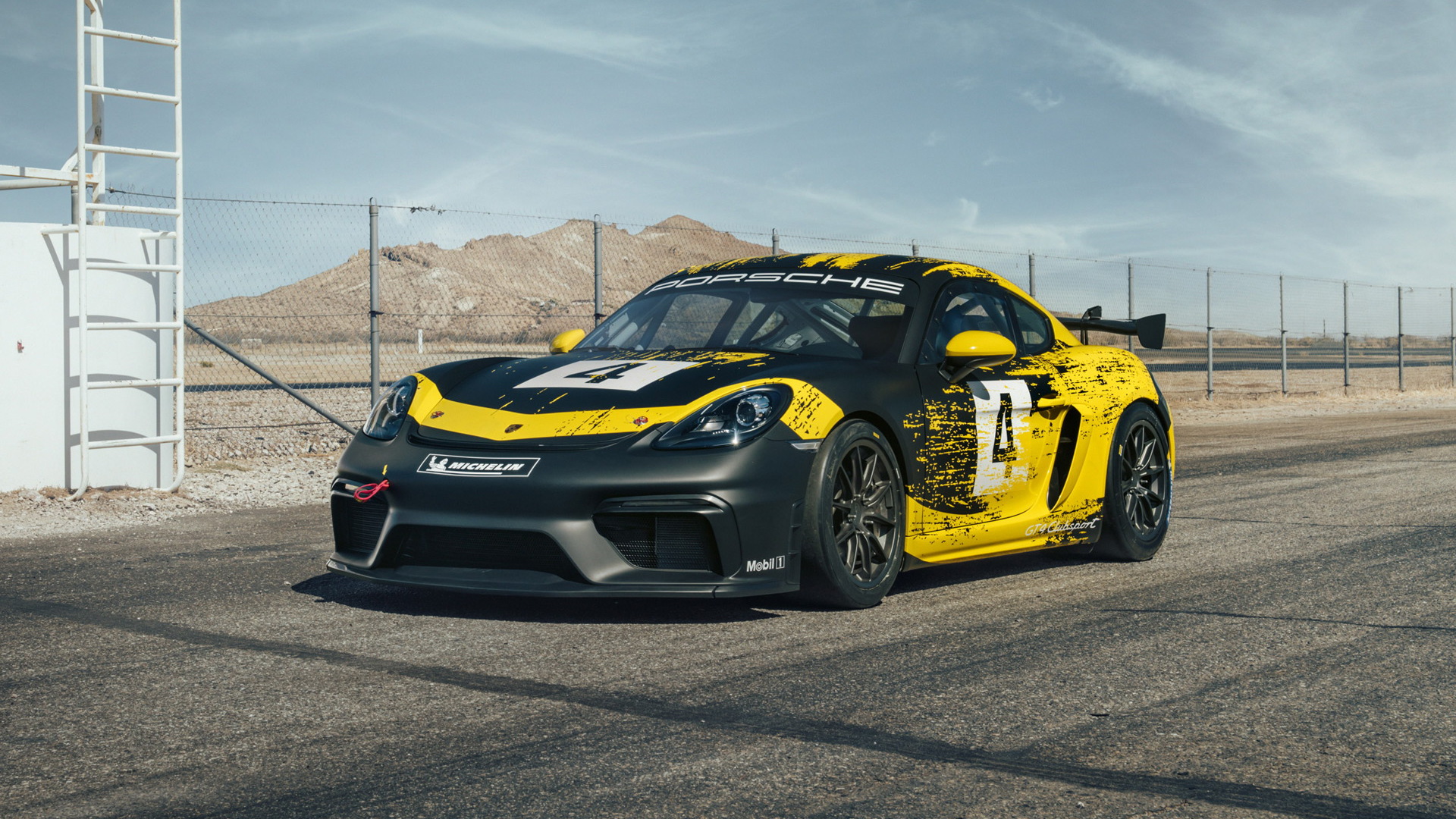 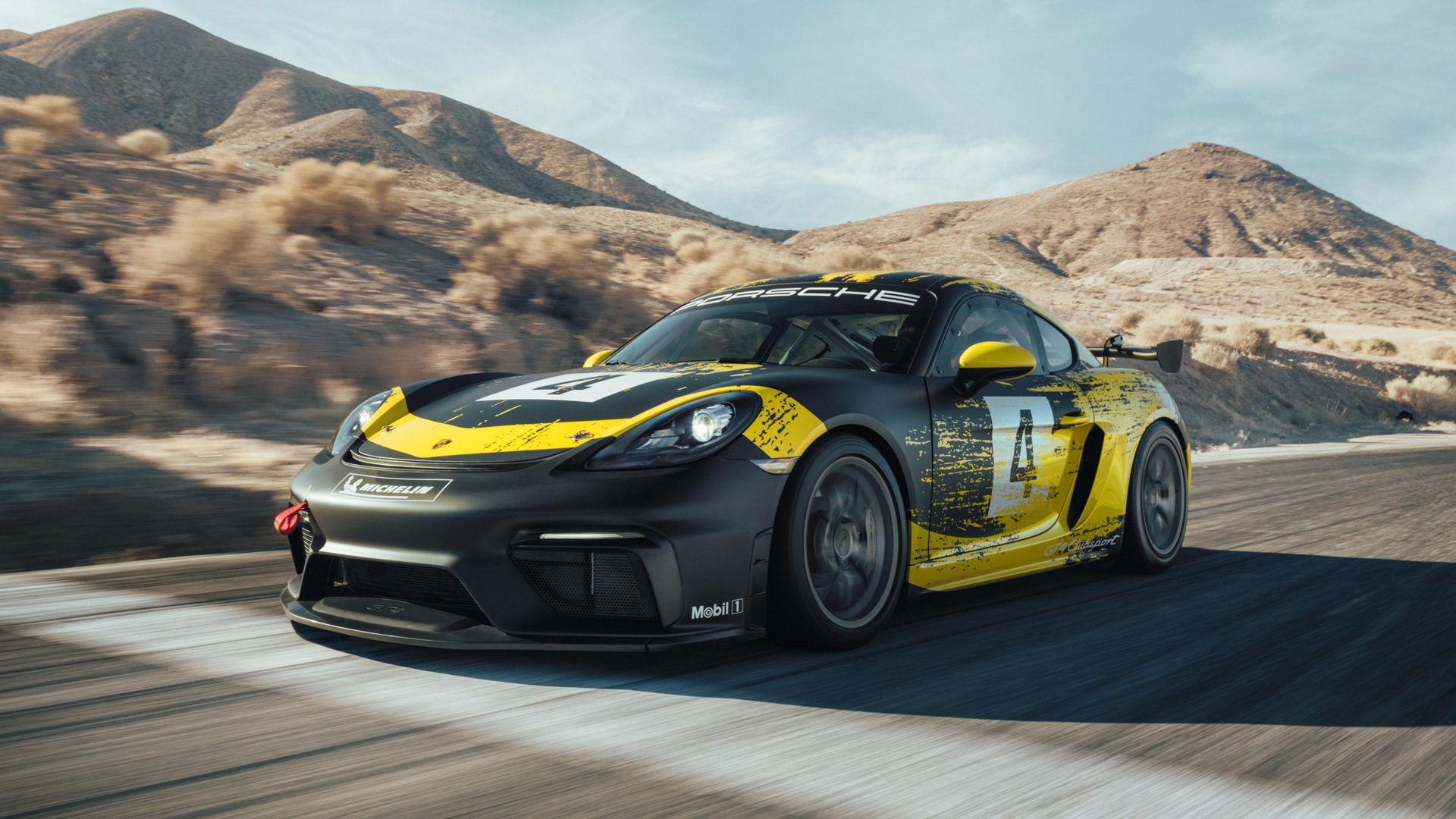 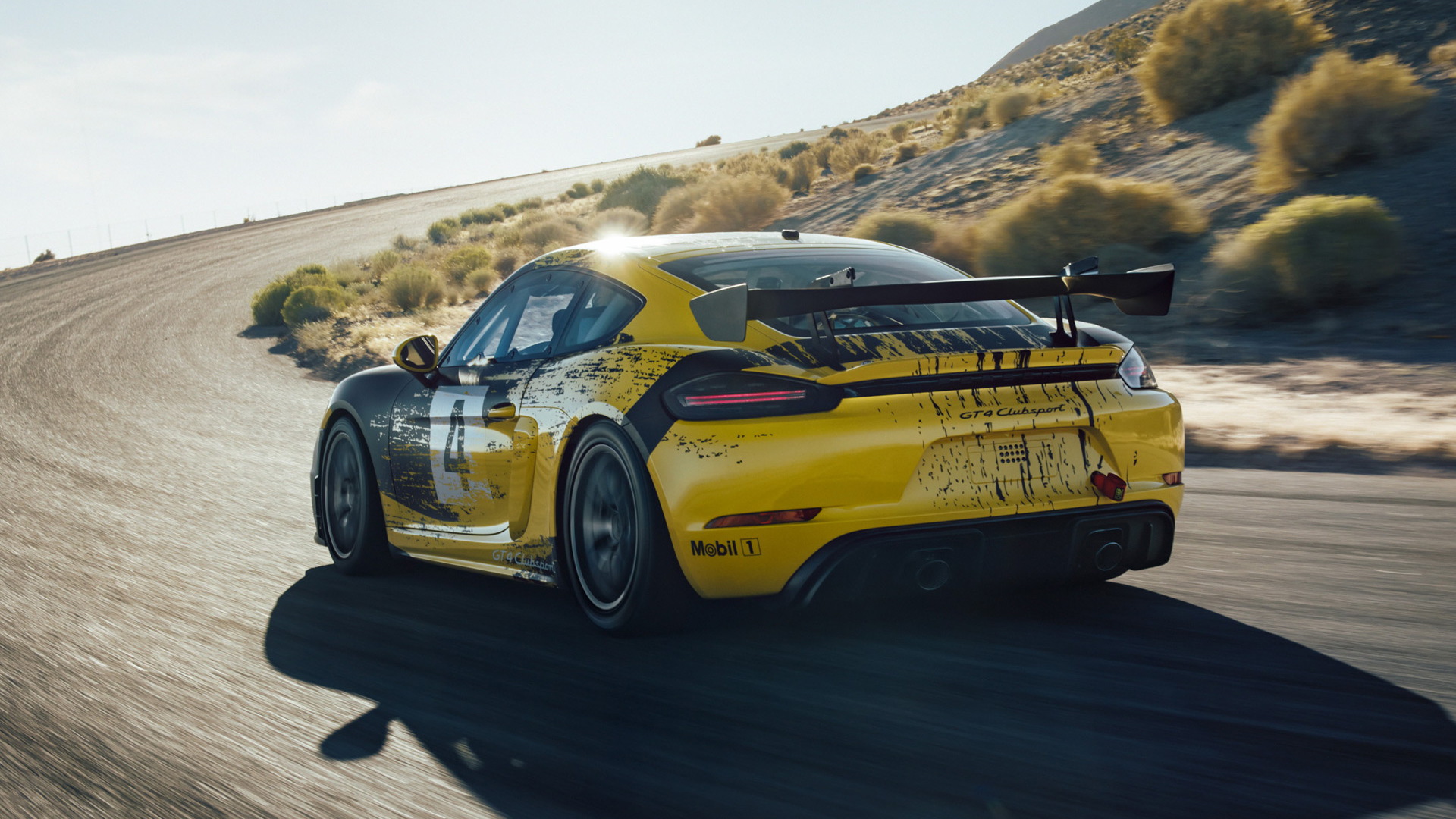 Porsche is preparing a successor to the awesome Cayman GT4, based on its updated 718 Cayman, but prior to the car's arrival in the coming months the German firm has shown the racing variant: the 2019 718 Cayman GT4 Clubsport.

The race car provides plenty of clues for the upcoming road car, namely the choice of powertrain, in this case a 3.8-liter flat-6 generating 425 horsepower, or 40 hp more than before. Torque measures at 313 pound-feet, up 3 lb-ft.

The mid-mounted engine is mated to a 6-speed dual-clutch transmission and sends drive to the rear axle, which features a mechanical differential lock.

It isn't clear what transmission will feature in the 718 Cayman GT4 road car, but the predecessor model came with a 6-speed manual only.

Other features in the Clubsport racer include a lightweight spring-strut front suspension taken from the 911 GT3 Cup race car, plus a racing brake system with steel discs measuring 15 inches all around. There's also a welded-in safety cage, a single racing bucket seat, and a six-point harness. All creature comforts have been removed, helping the weight to be capped at 2,910 pounds.

This time around, Porsche will offer two versions of the Clubsport racer. There will be a non-homologated version for track enthusiasts appropriately labeled the 718 Cayman GT4 Clubsport Trackday. The homologated version will be known as the Competition. Its main upgrades over the Trackday are adjustable shock absorbers, adjustable brake balance, an integrated air jack system, and quick-release steering wheel.

One additional key change in the new car is the use of an organic fiber mix, which are sourced primarily from agricultural by-products such as flax or hemp fibres and feature similar properties to carbon fiber in terms of weight and stiffness. The new material is used on the doors and rear wing.

Both versions can be ordered immediately and will be delivered to teams and drivers starting in February. The Trackday is priced at $152,895 and the Competition at $179,140.

As for the 718 Cayman GT4 road car, we'll likely see it debut in March at the 2019 Geneva International Motor Show. The car's mechanical package will also be shared with a 718 Boxster Spyder.