Bugatti in January revealed the largest 3D-printed component composed out of titanium: a brake caliper designed for the Chiron hypercar. Throughout 2018, the firm has continued to test the brake caliper before it enters production, and we received our first look at just how extreme the test procedures are.

Video shows the titanium caliper installed on a machine to mimic a car traveling at high speeds, up to 233 mph. Engineers then apply the brakes to see how the 3D-printed component stacks up against the casted aluminum caliper. The results speak for themselves as the caliper remains intact after grueling stress tests and temperatures that close in on 2,000 degrees Fahrenheit.

The scene creates quite a fireworks show, too, as sparks fly and the brake disc itself heats to a vivid orange glow. Still, the 3D-printed titanium unit holds its own. 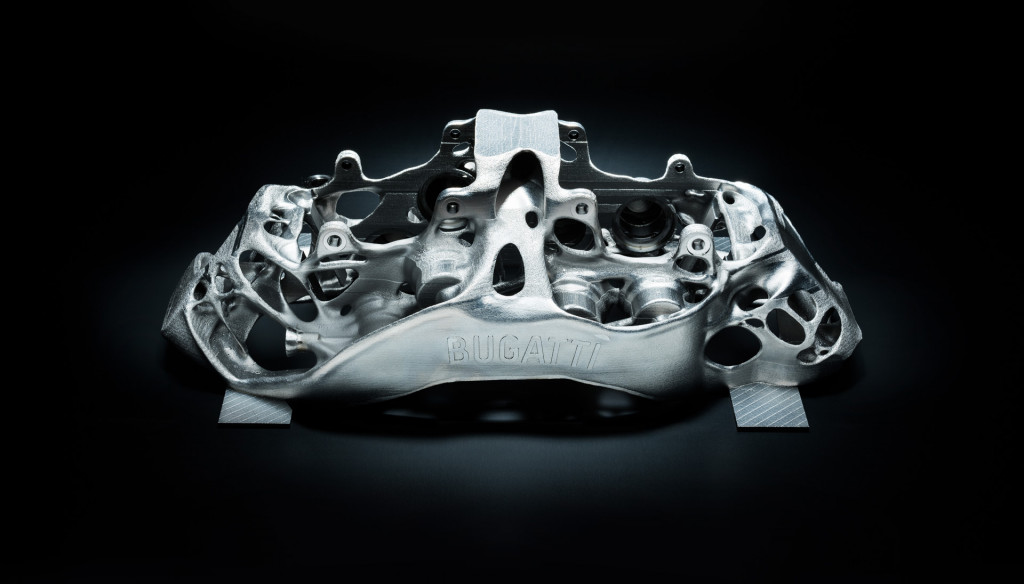 Bugatti used four 400-watt lasers to create the caliper, which takes 45 hours to build. Titanium powder is deposited layer by layer until all 2,213 layers are present for the final product. Then, it heads to a heat treatment furnace to bake and eliminate residual stress. The end result is a caliper that can handle 275 pounds of force applied to a square millimeter without the titanium rupturing.

When the caliper is installed on production Chirons, it will be for the front axle of the car and eight pistons, just like the current aluminum caliper. It measures 16 inches long and weighs only 6.4 pounds for a 40-percent weight saving over the current component.

And we'll likely continue to see 3D printing expand its role in the automotive industry. Numerous automakers have begun to turn to 3D printing to create lighter parts and more intricate designs. Not to mention, stronger components and even obscure replacement parts for classic cars.