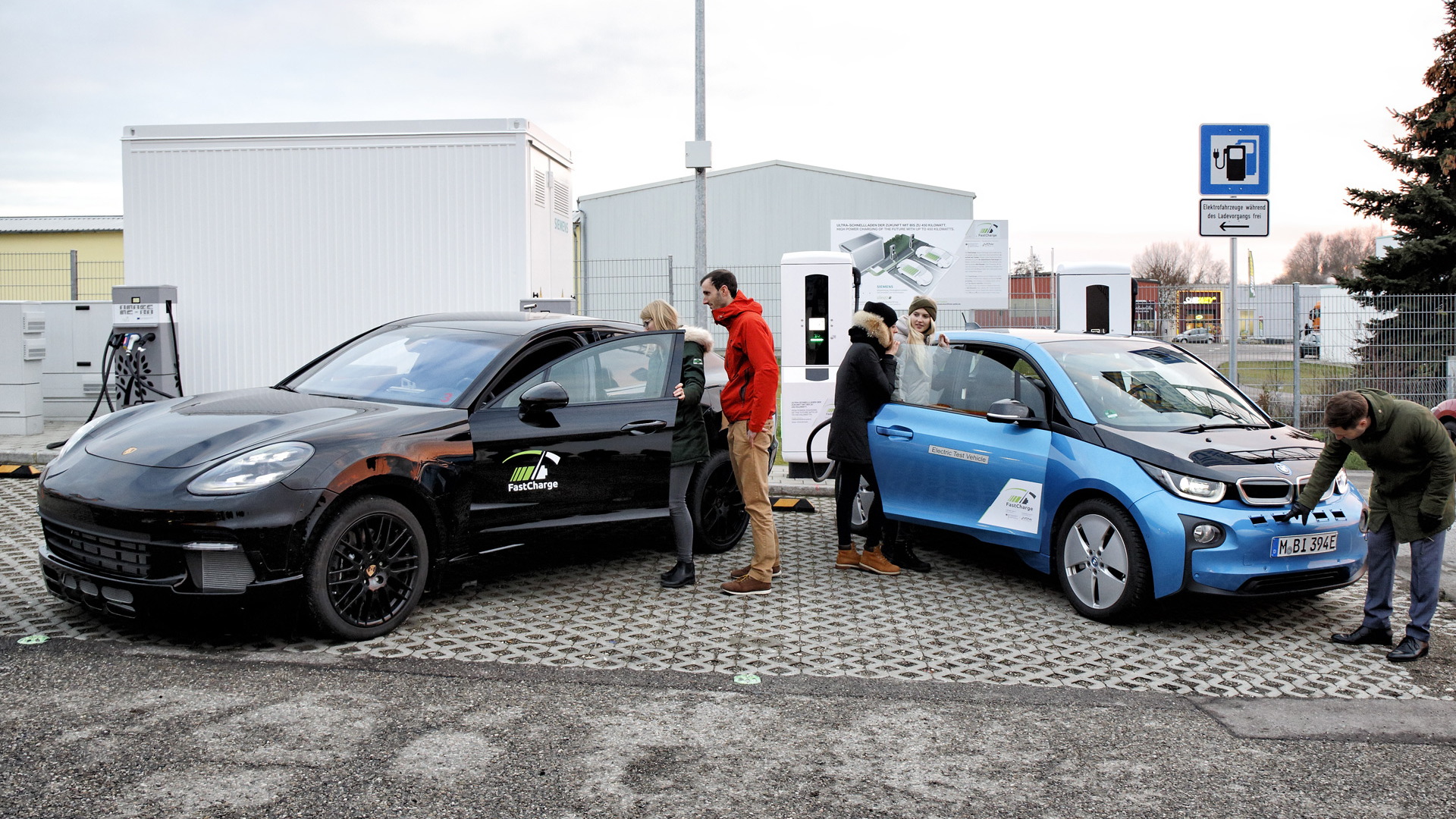 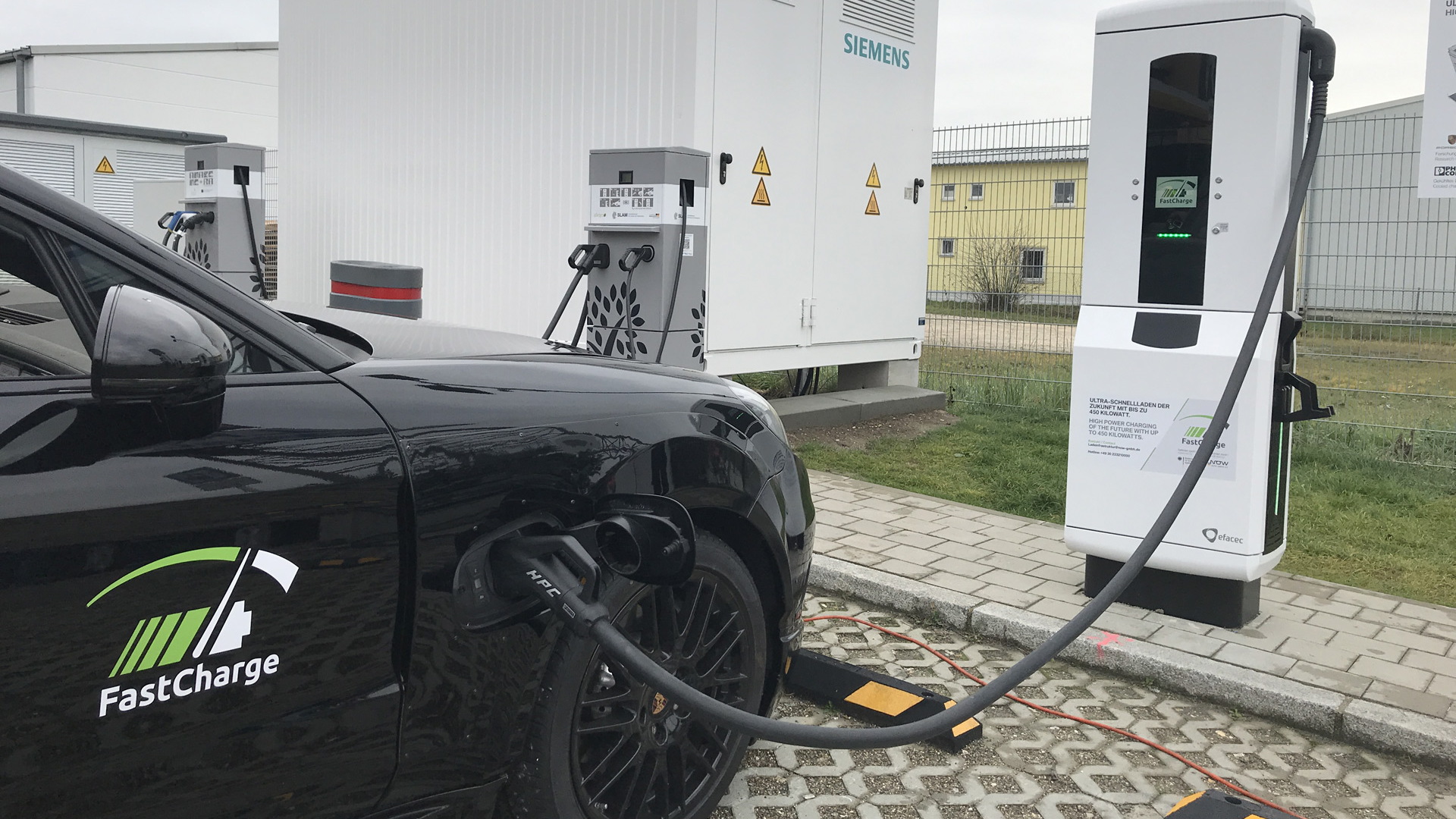 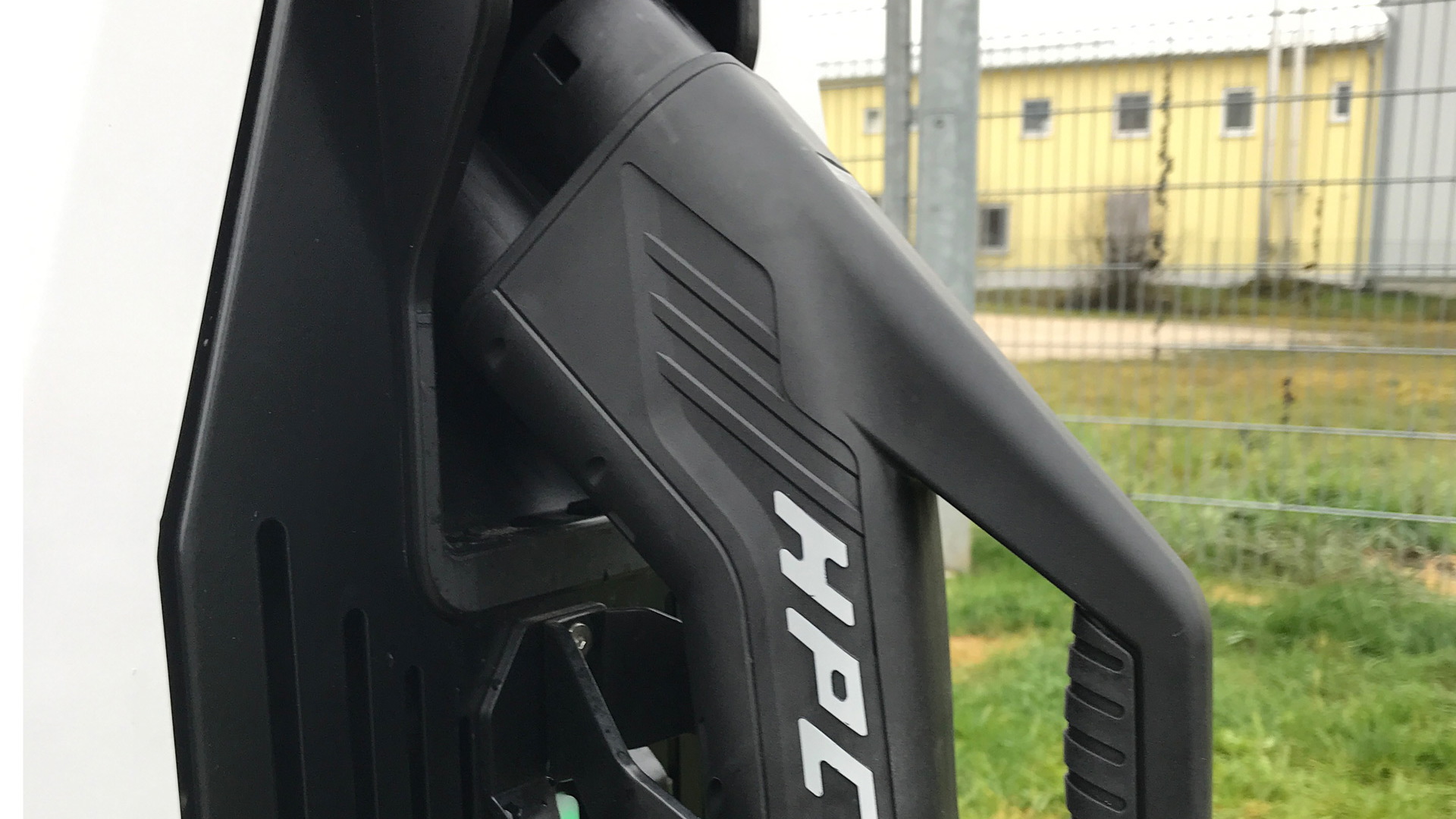 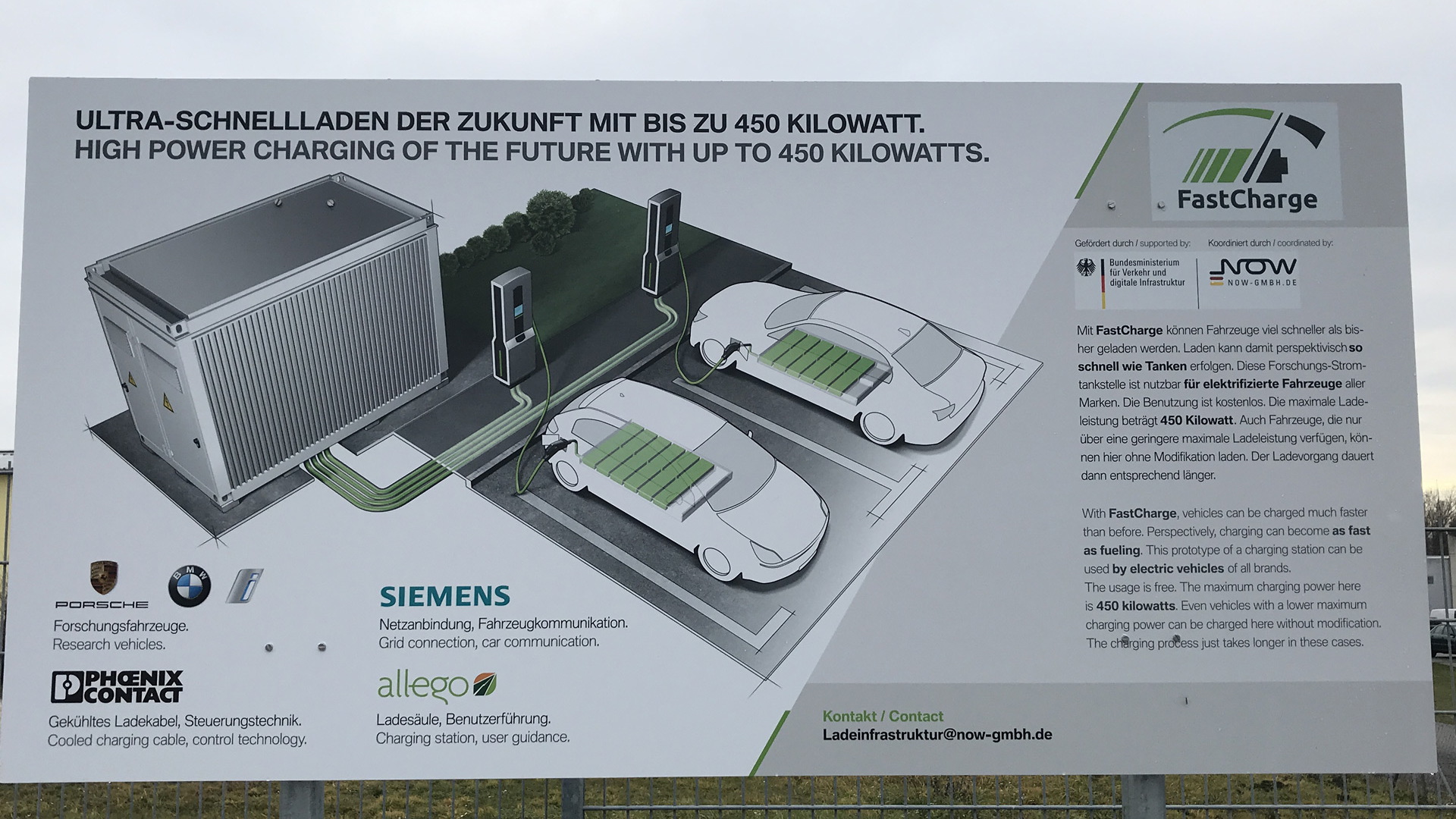 A research project in Germany that includes automakers BMW and Porsche has successfully demonstrated an ultra-fast charging station that can deliver charge times approaching that of filling up at a gas station.

Called FastCharge, the project demonstrated a prototype 450-kilowatt charging station on a stretch of the A8 autobahn between the cities of Ulm and Augsburg on Wednesday. That charging capacity is three to nine times as high as what is currently possible with DC high-speed chargers.

An electric test mule from Porsche sporting a 90-kilowatt-hour lithium-ion battery achieved a charging capacity of over 400 kW on the new charging station, allowing for charge times of less than 3 minutes for the first 62 miles of range—a first for a passenger car. A special cooling system was required to ensure even, gentle temperature control in the battery cells, which is necessary to ensure their longevity.

The charging station is suitable for electric cars compatible with the European standard Type 2 variant of the Combined Charging System (CCS) protocol. A consortium by the name of Ionity, which includes automakers BMW, Daimler, Ford and Volkswagen Group (Porsche's parent), is currently rolling out hundreds of CCS charging stations across Europe and plans to expand them to other regions. Note, this is different to the charging standard using by Tesla.

Only in November, Porsche CEO Oliver Blume said the Taycan, which enters production late next year and features an 800-volt electrical system, can add 62 miles in less than four minutes and almost 250 miles in less than 20 minutes, likely with a 350-kw charging station, which is the highest capacity currently in production.

It will still be some time before cars can charge at 400 kw or more. The FastCharge project aims to determine what technical conditions need to be fulfilled in terms of vehicles and infrastructure in order to allow ultra-fast charging capacities to be applied.