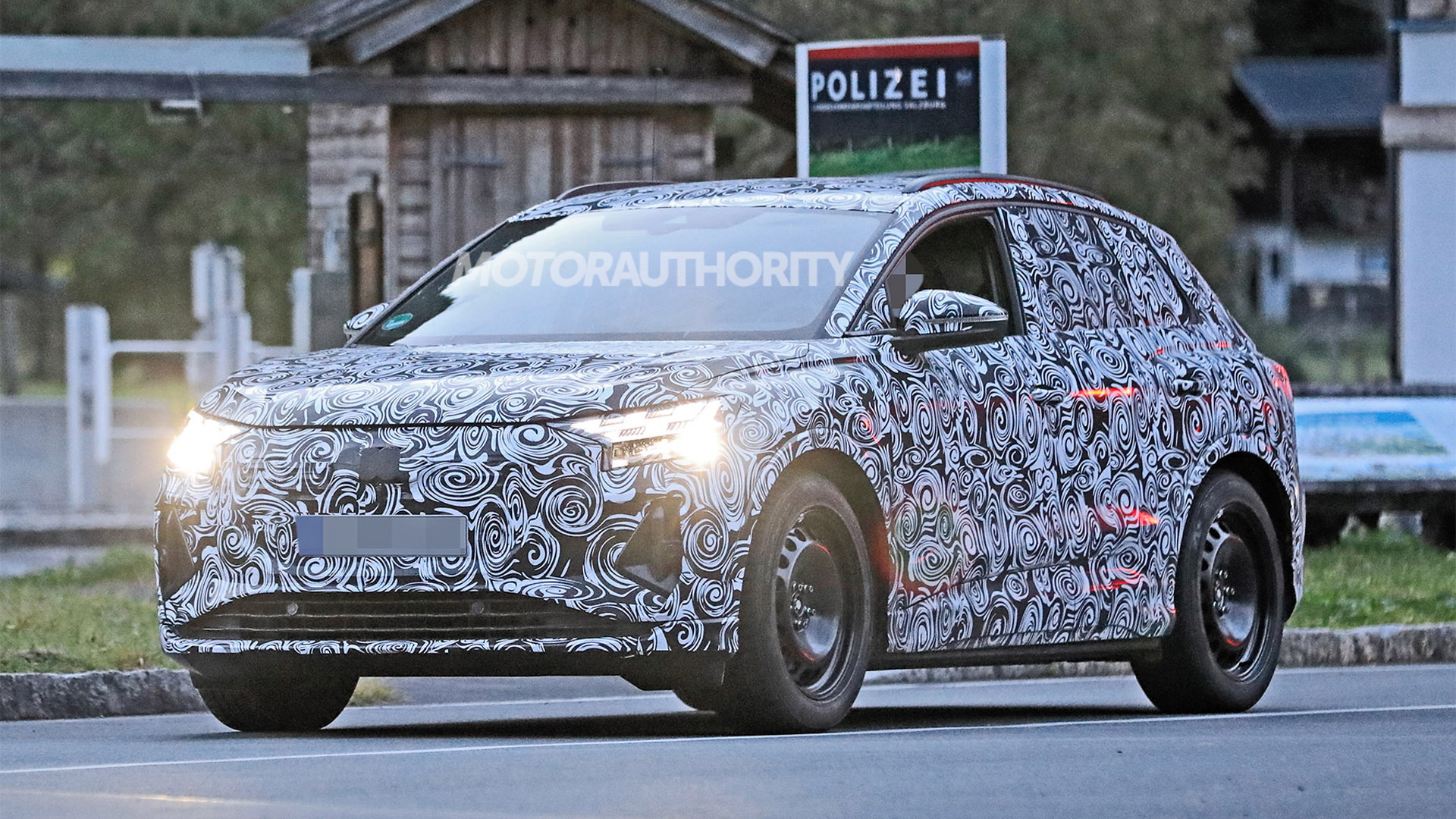 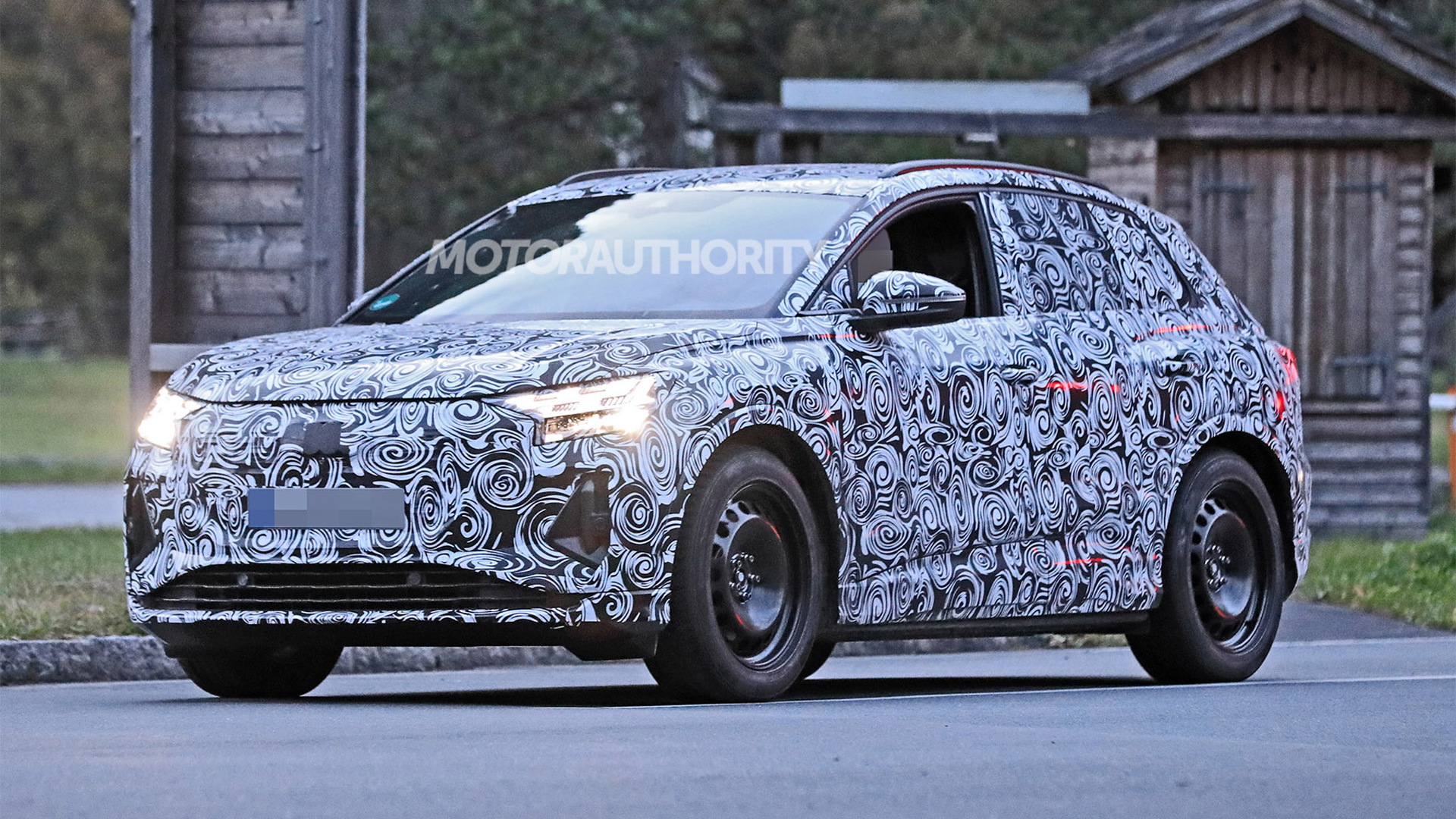 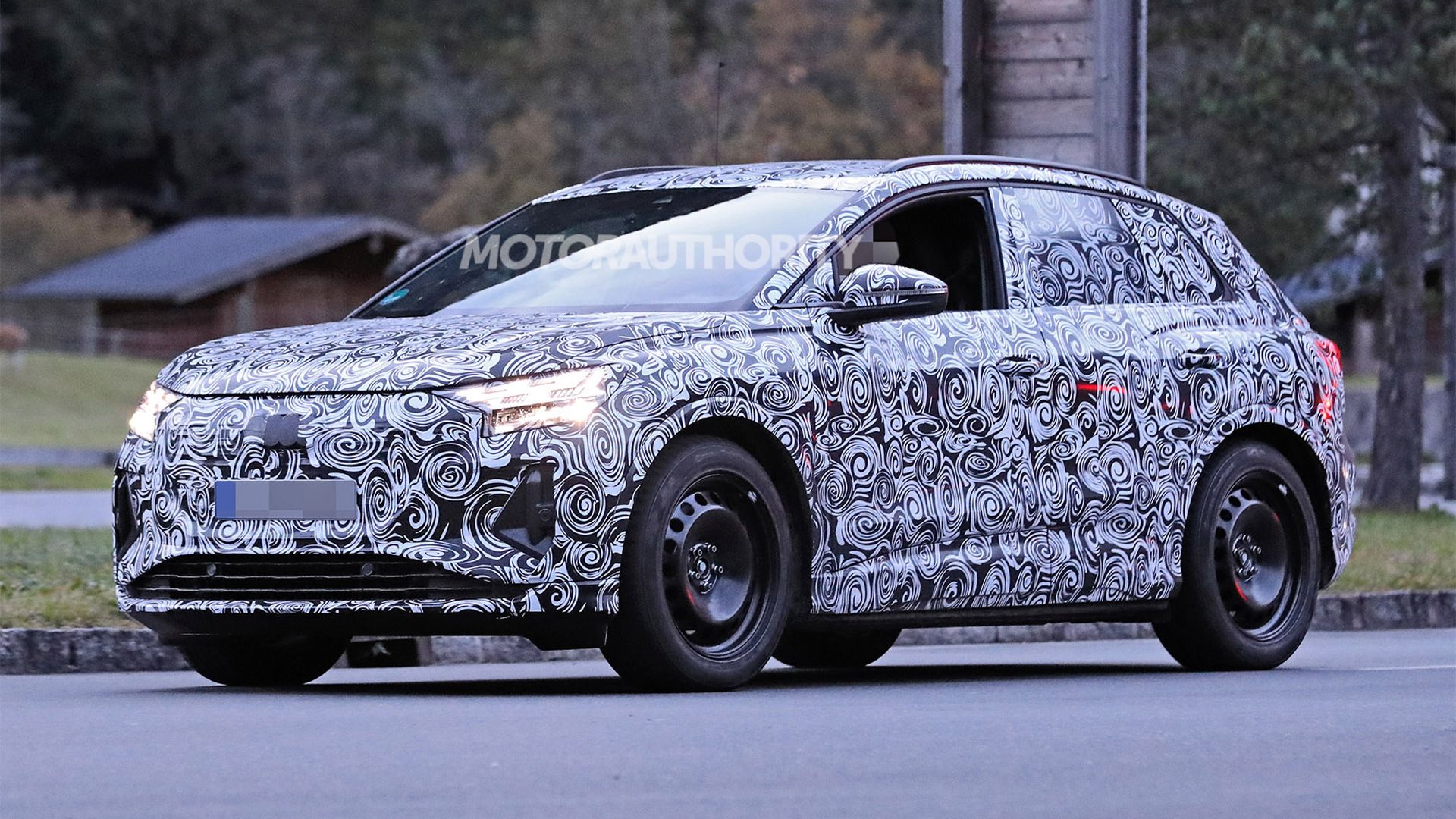 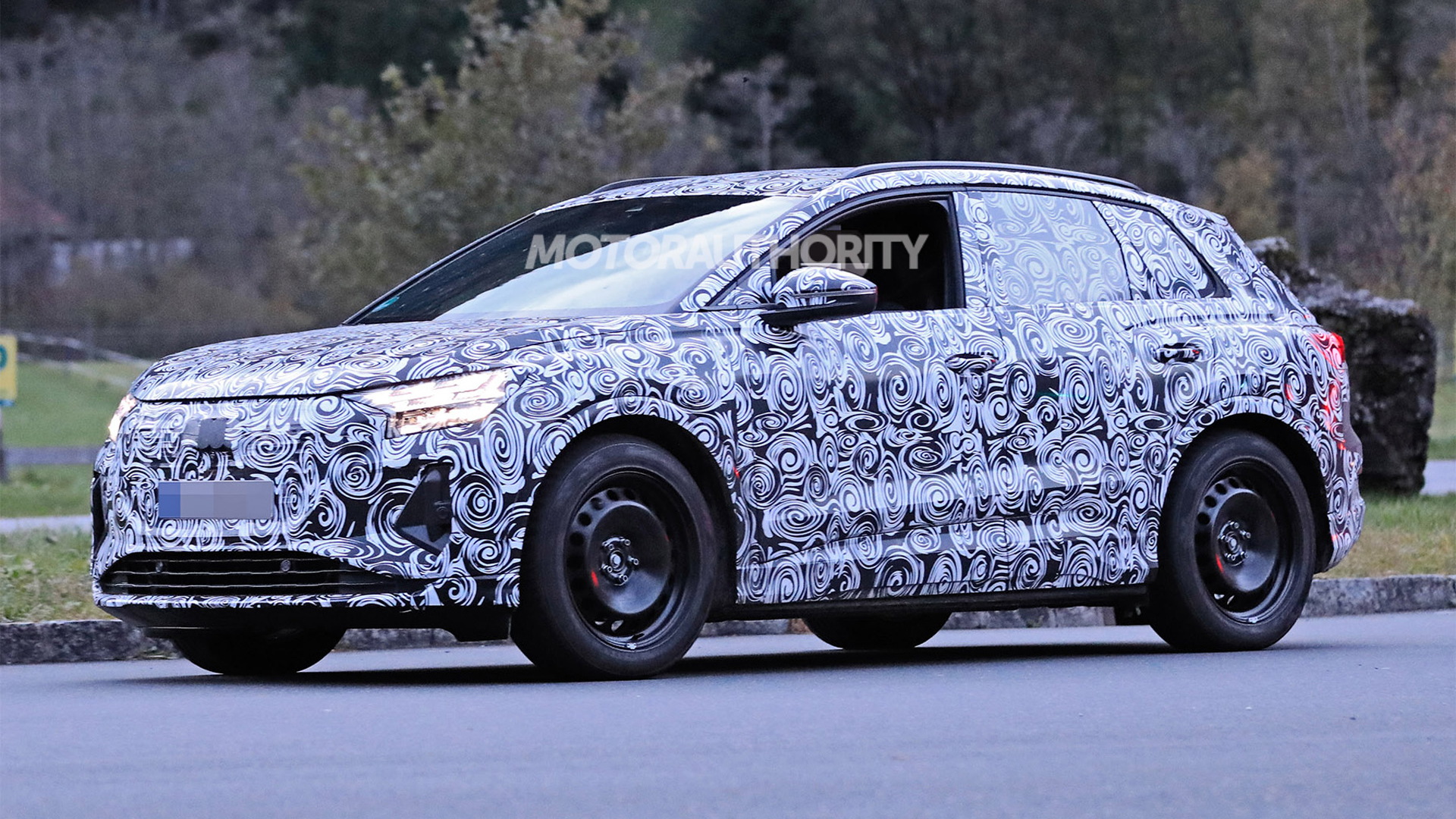 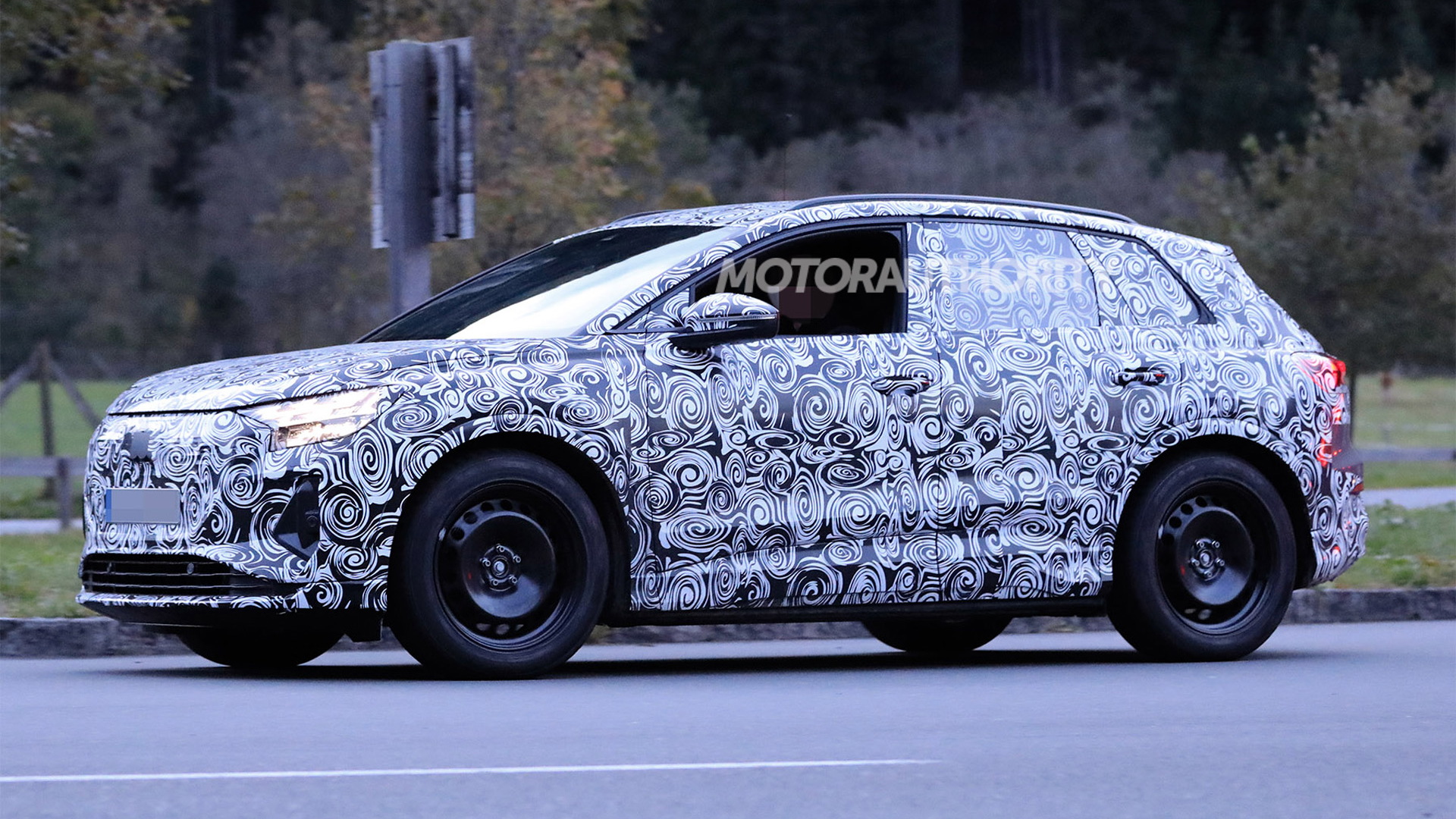 The battery-electric compact crossover SUV was previewed as a concept in 2019, and judging by our latest spy shots the production version will closely mirror the striking show car. 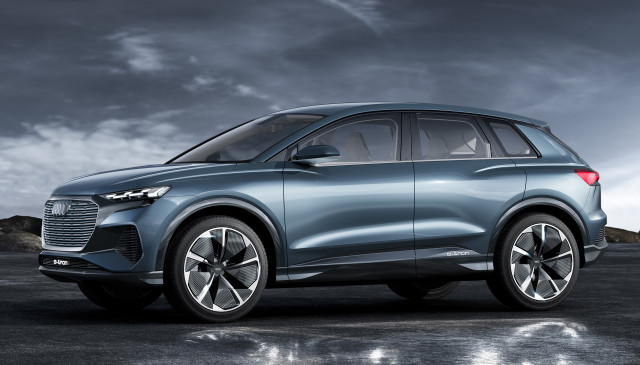 Audi will reveal the Q4 E-Tron later this year, meaning we'll likely see it start sales in the United States next year as a 2022 model. A more coupe-like version dubbed the Q4 Sportback E-Tron is also coming—a prototype for this is also out testing.

The Q4 E-Tron is essentially Audi's take on the Volkswagen ID.4, which was revealed in September and due on sale early next year as a 2021 model. Both vehicles are based on Volkswagen Group's MEB platform for high-volume electric cars. The platform features a battery in the floor and the ability to house motors at each axle. 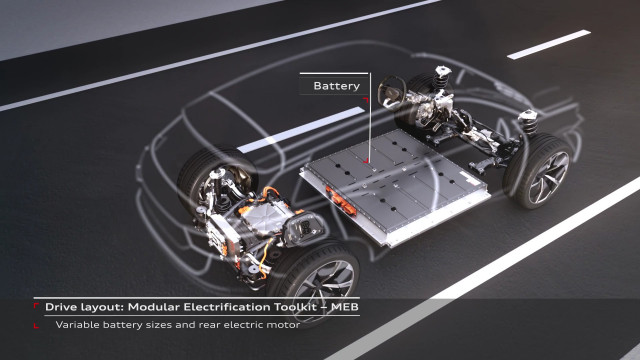 In the ID.4, and likely this Q4 E-Tron, an 82-kilowatt-hour battery is fitted as standard. The battery powers either a motor at the rear axle or motors at both axles in the ID.4, with the dual-motor setup good for 302 horsepower.

The Q4 E-Tron is likely to launch with the dual-motor setup. Expect 0-60 mph acceleration in around 6.0 seconds, a governed top speed of 111 mph, and a range of over 200 miles. Audi is also likely to develop a spicier Q4 E-Tron S with even more oomph. 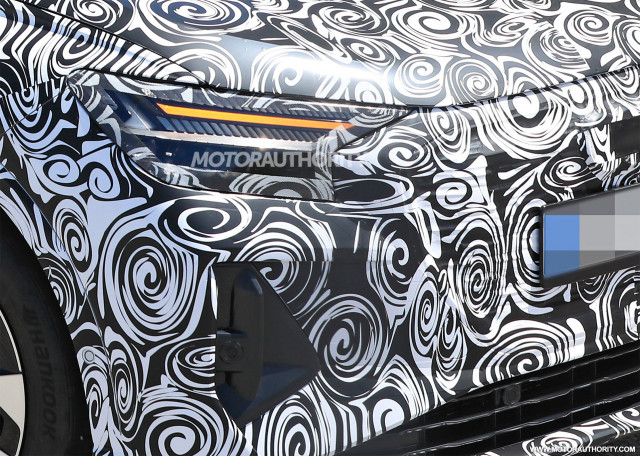 For the exterior, there are subtle elements that point out we're looking at an electric car. This includes the sealed grille, which like on the larger E-Tron will likely be finished in chrome. There are also the aerodynamically designed wheels and obvious lack of exhaust tips at the rear. 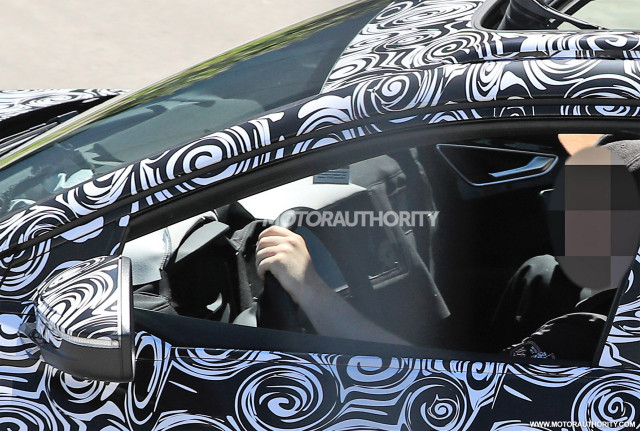 Looking inside, we spot a relatively large infotainment screen. The Q4 E-Tron will likely also come with a digital instrument cluster, as well as a few physical buttons for frequently used functions like the climate settings.

Audi's EV portfolio currently consists of the E-Tron and E-Tron Sportback. Soon we'll be able to add the Q4 E-Tron and Q4 Sportback E-Tron to the list. An E-Tron GT super sedan is also coming, as well as an A4-sized model and possibly even a flagship sedan.