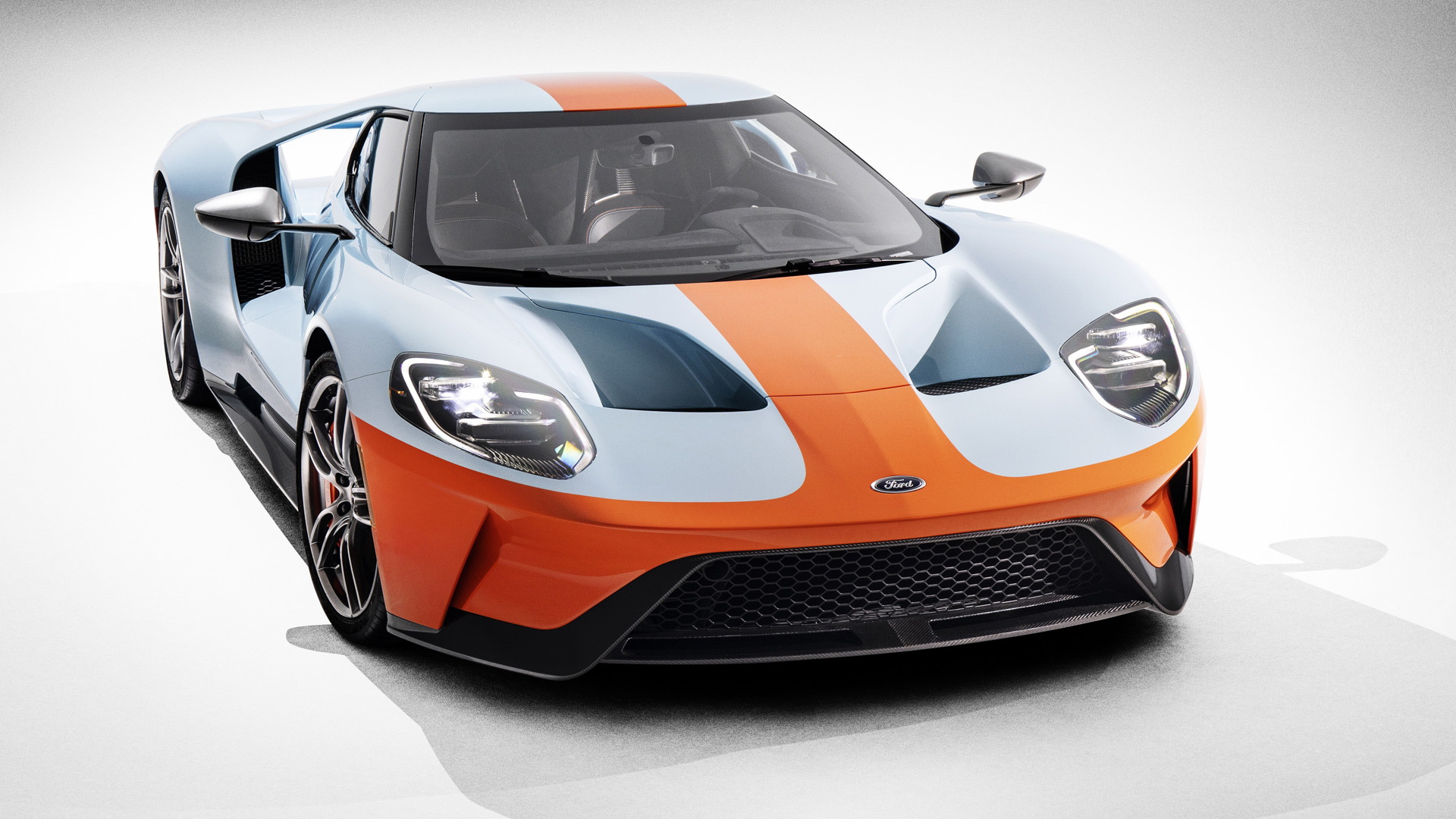 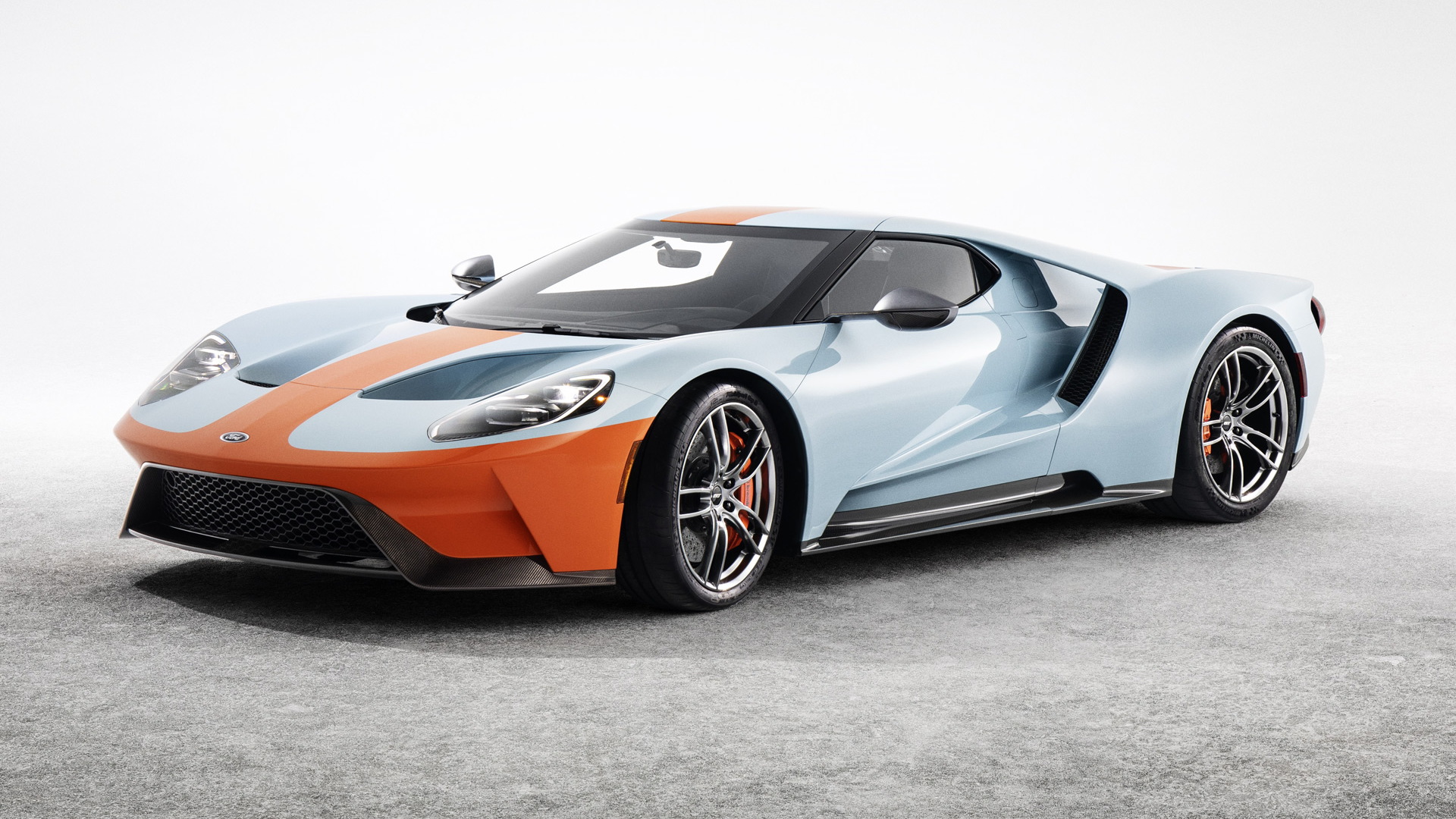 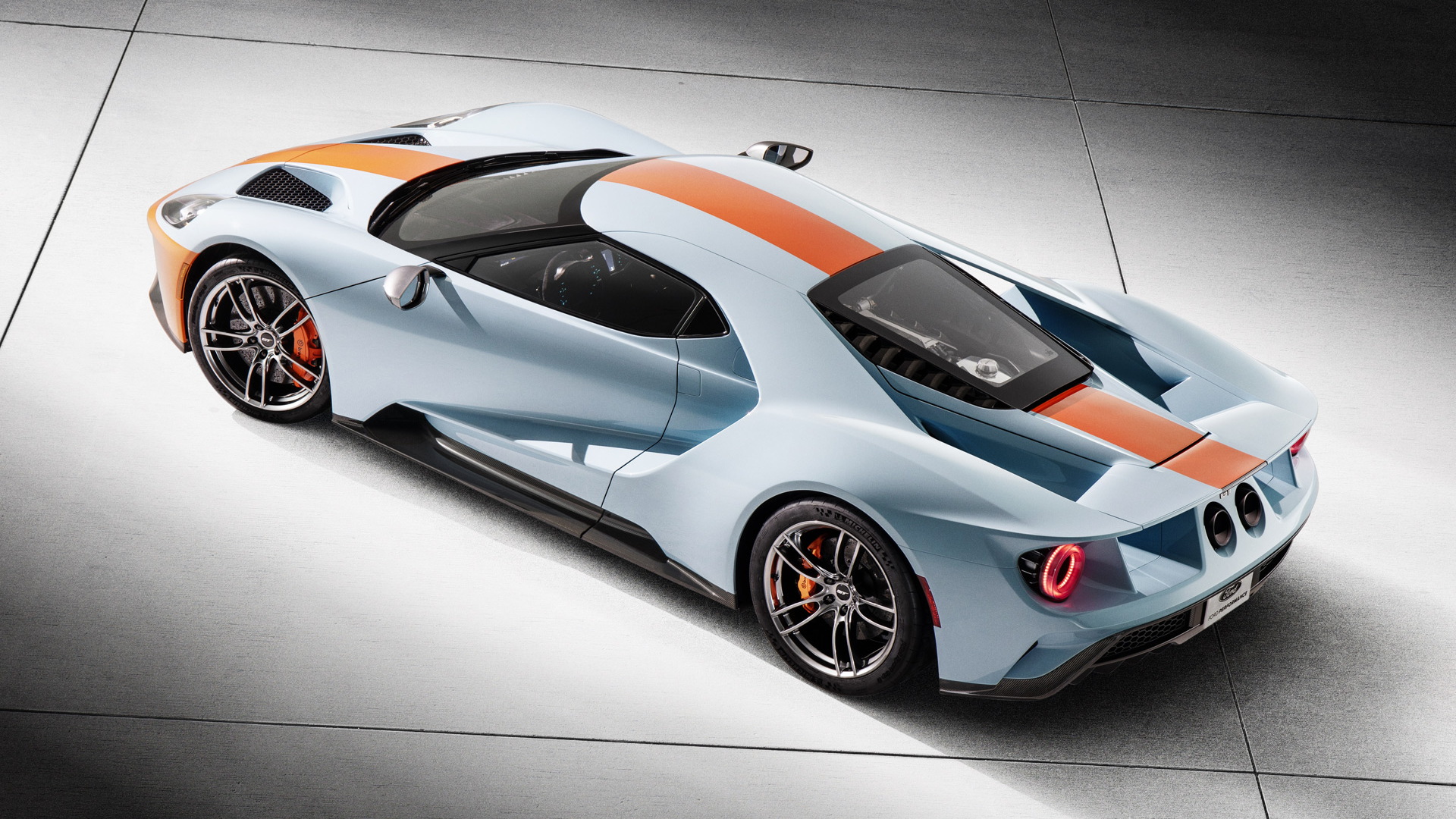 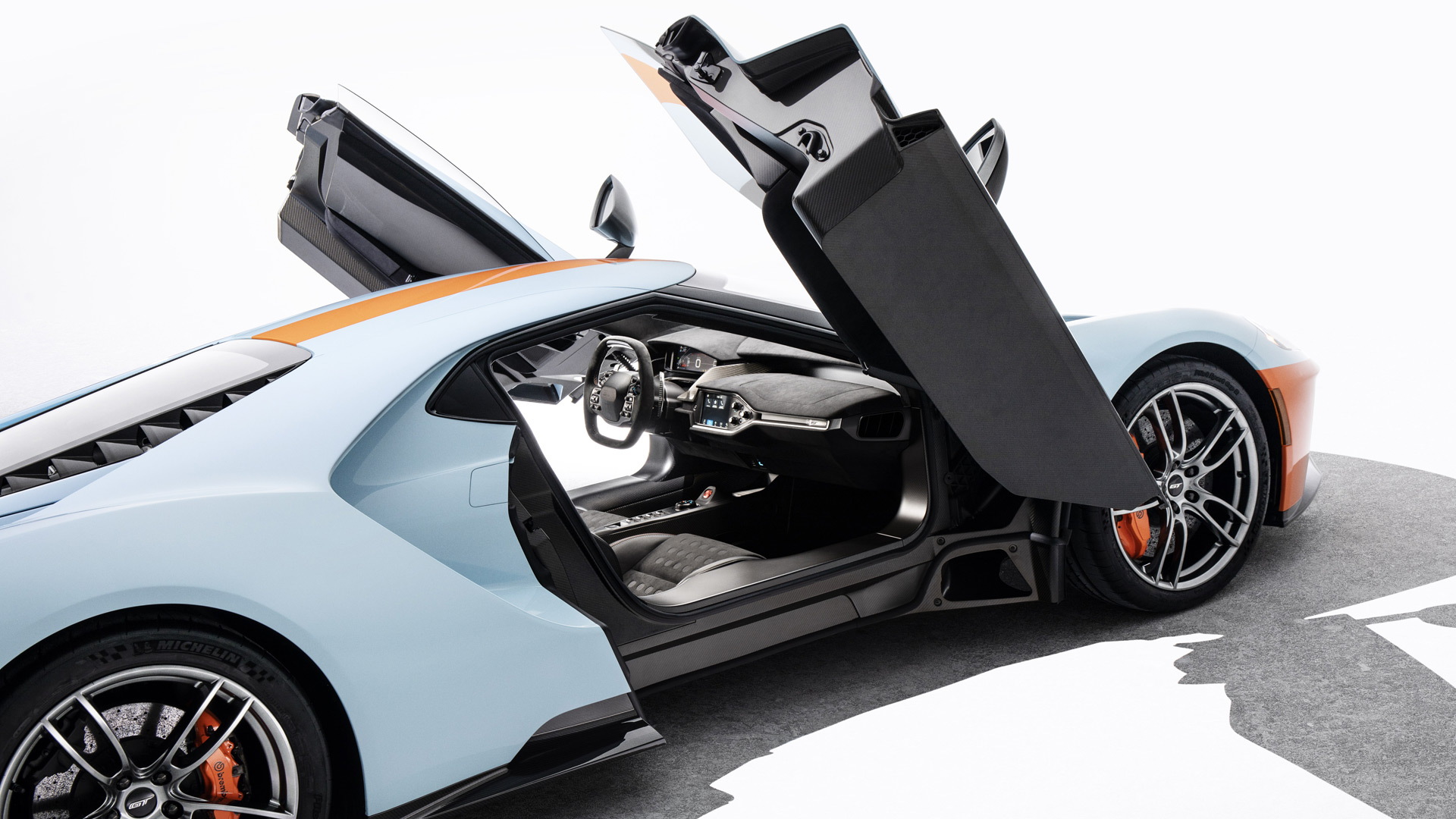 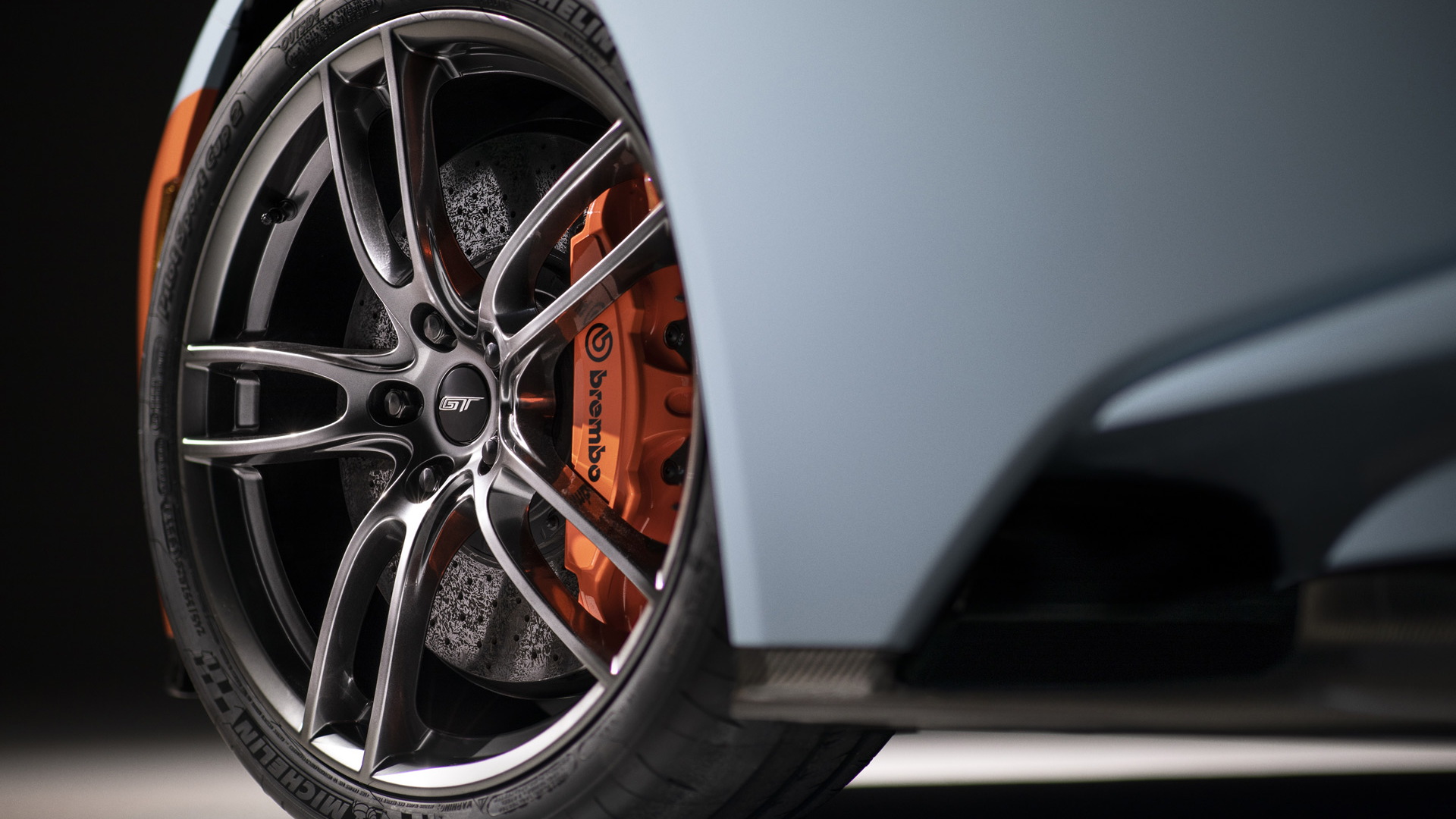 A 2017 Ford GT was sold at auction at the start of the year and managed to fetch $2.55 million from its winning bidder. Unlike some of the other GTs sold at auction, though, this one had Ford's full blessing as the proceeds were donated to charity.

Now Ford has announced a second GT will be auctioned off for charity, this one a 2019 Heritage Edition example with the VIN ending in 001. Proceeds from the sale will go to support United Way for Southeastern Michigan which helps struggling families. 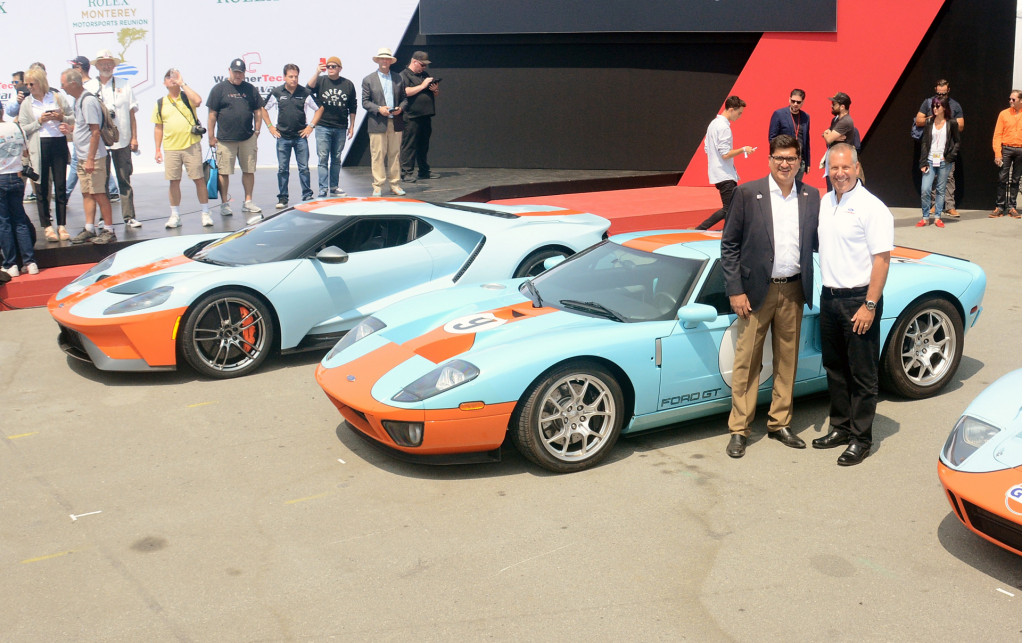 Unveiled in August, the 2019 GT's Heritage Edition model sees the supercar don the famous Gulf Oil livery of the Ford GT40 that won the 1968 and 1969 24 Hours of Le Mans races. Much like the GT's previous Heritage Edition models, the 2019 version features a uniquely numbered identification plate, plus exposed matte carbon fiber trim. Dark accents with a gloss finish are also present in the cabin.

While the first two-year run of 500 GTs were sold out years ago, Ford recently started accepting applications for the car's final years of production which run through 2022. The automaker in October said 250 orders have been accepted in the second round of applications and 600 slots are still available, bringing the final planned run of this generation of GT to 1,350 cars.

The 2019 model is now in production. The starting price has been increased from $450,000 to just under $500,000, and available alongside the Heritage Edition model is a Carbon Series model. It's just like the GT's previous Competition Series but adds back some niceties such as a radio and air conditioning. No change has been made to the powertrain which remains a 3.5-liter twin-turbocharged V-6 with 647 horsepower and 550 pound-feet of torque.