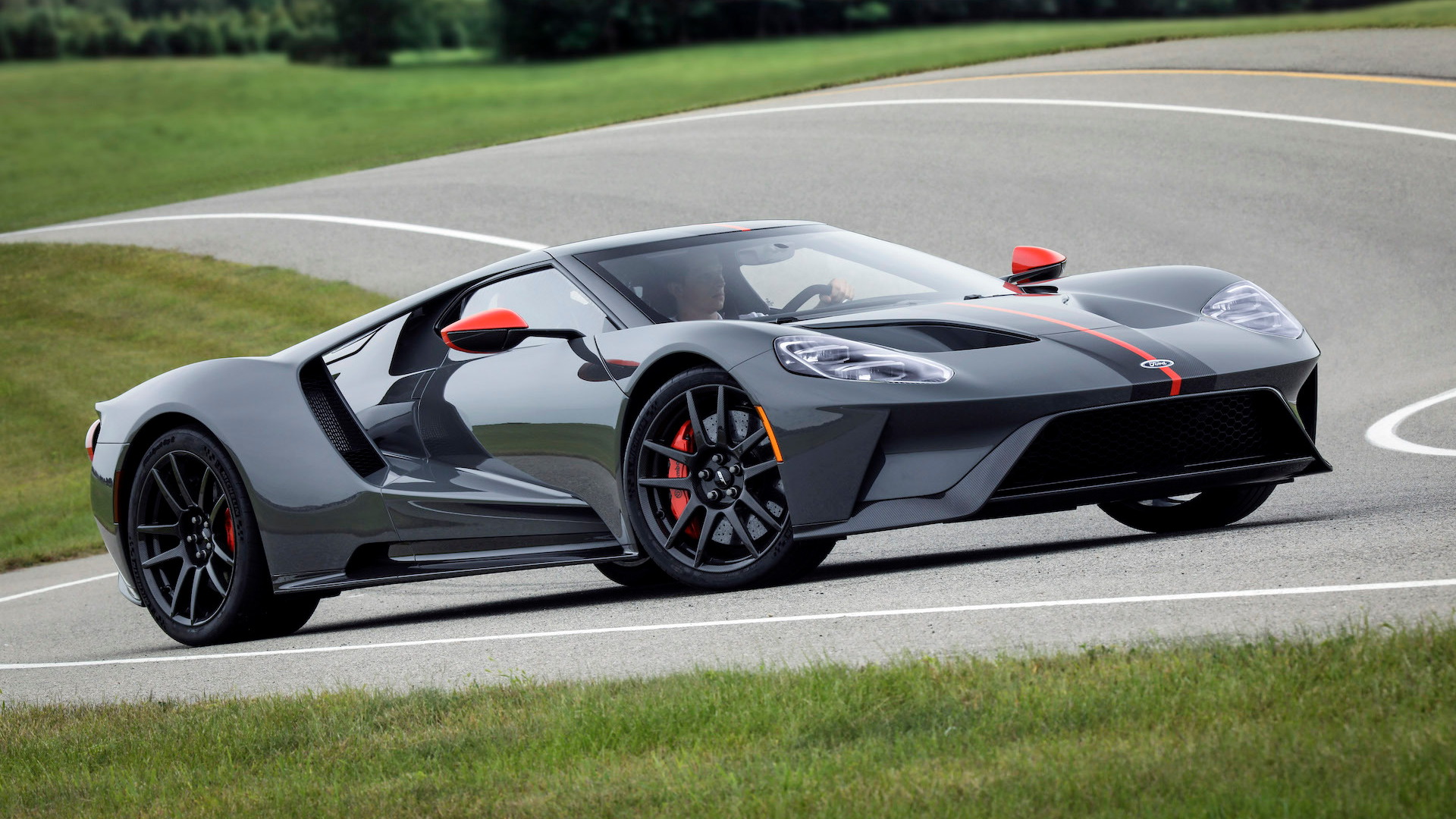 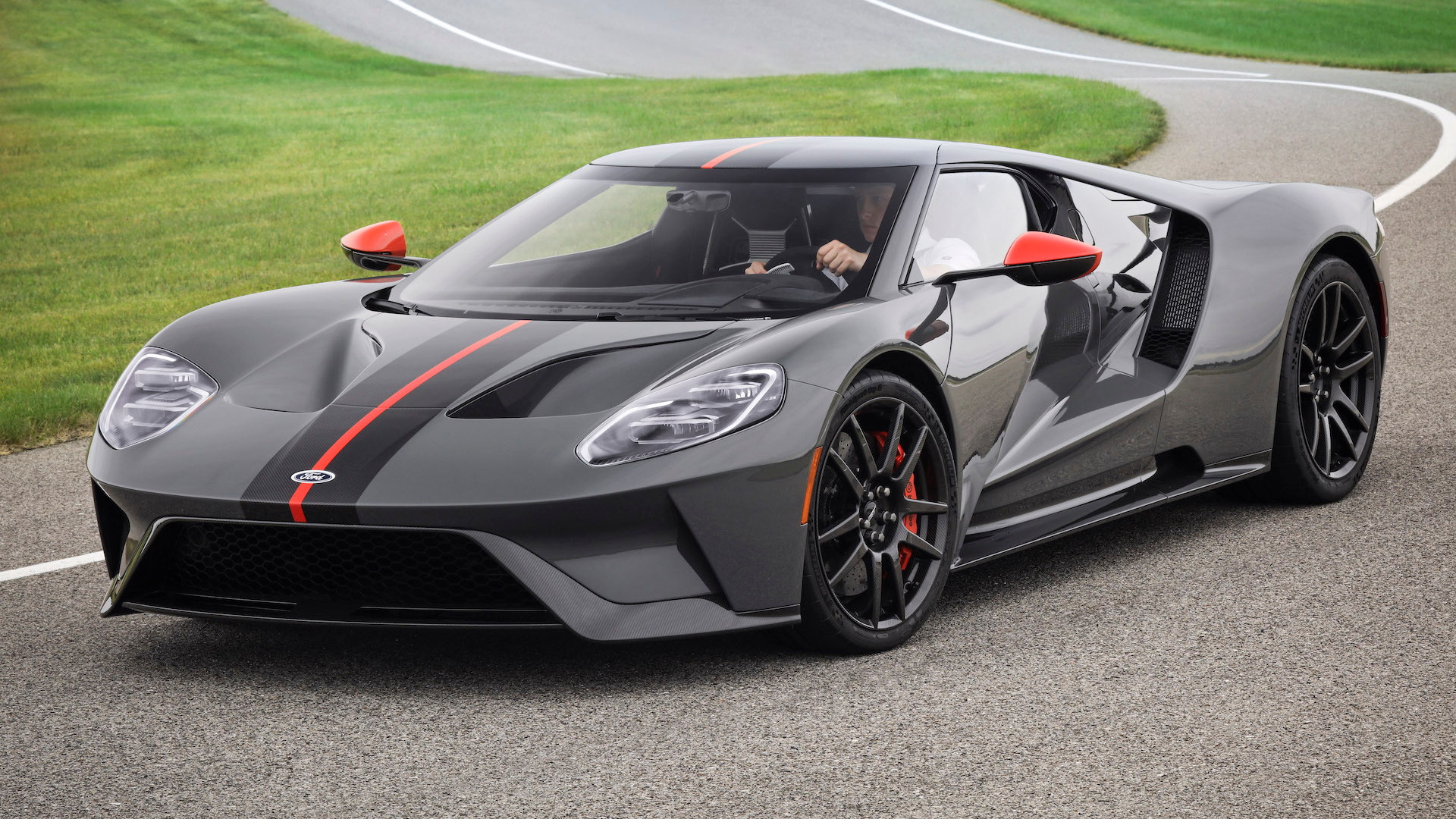 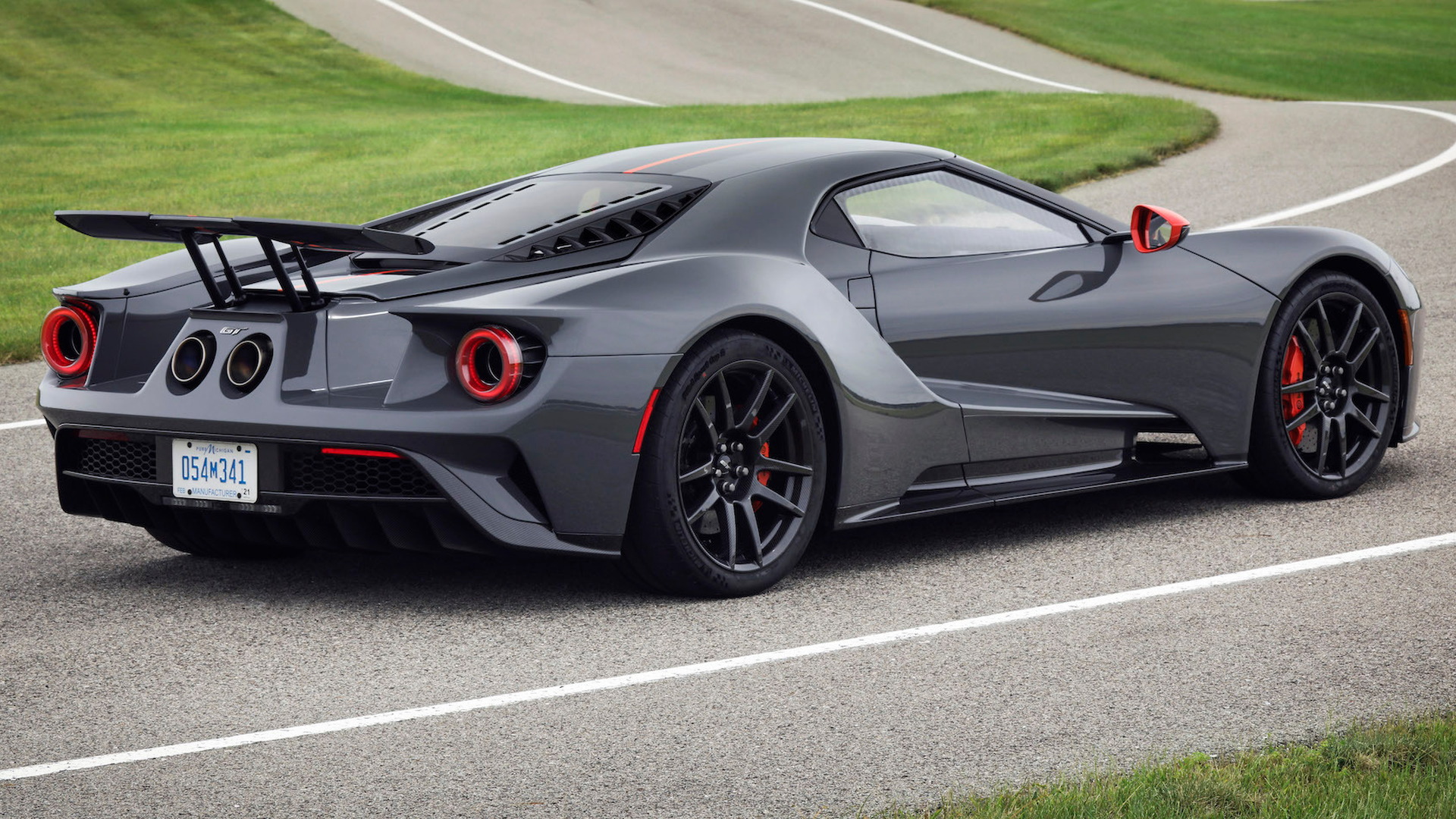 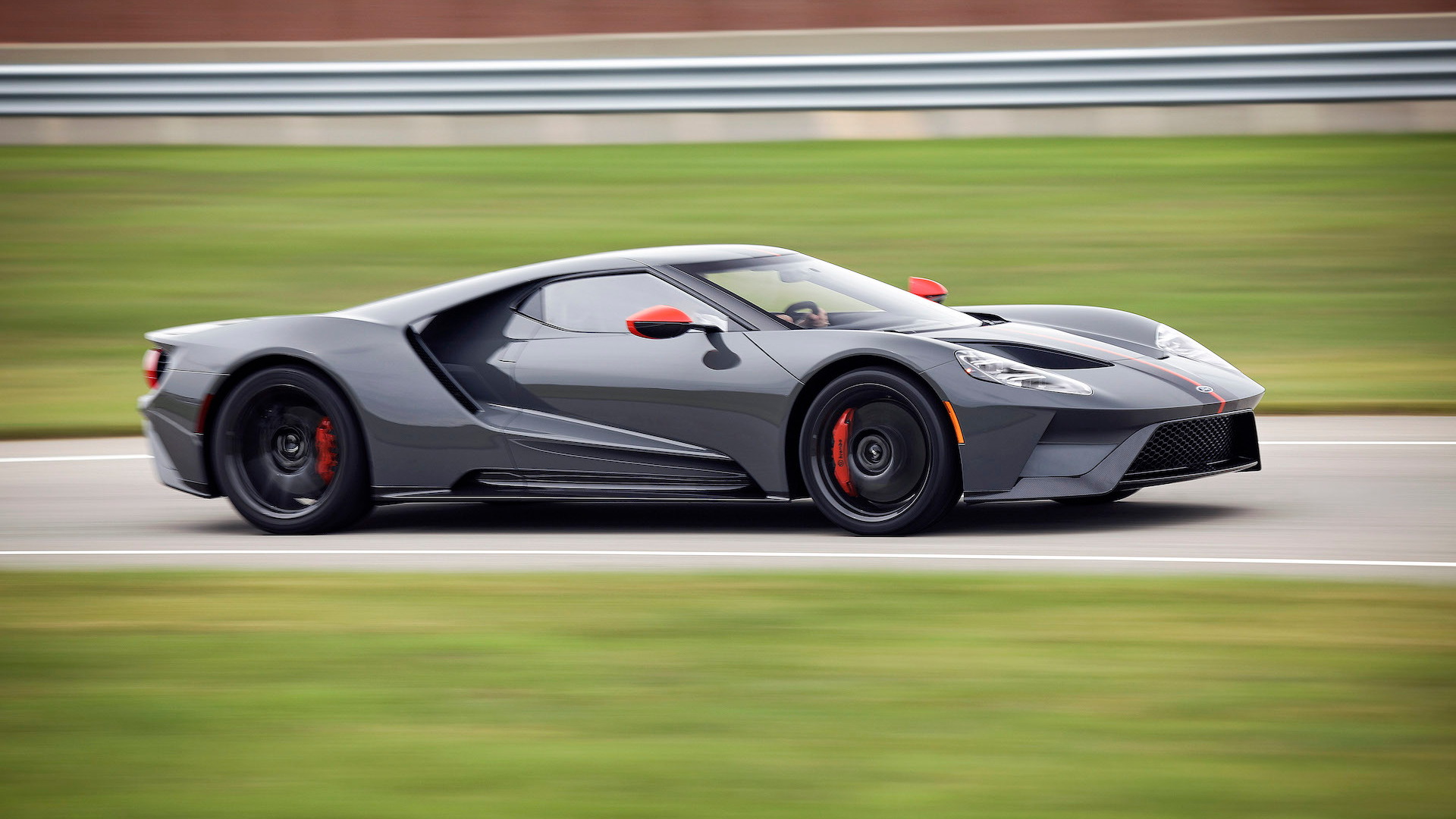 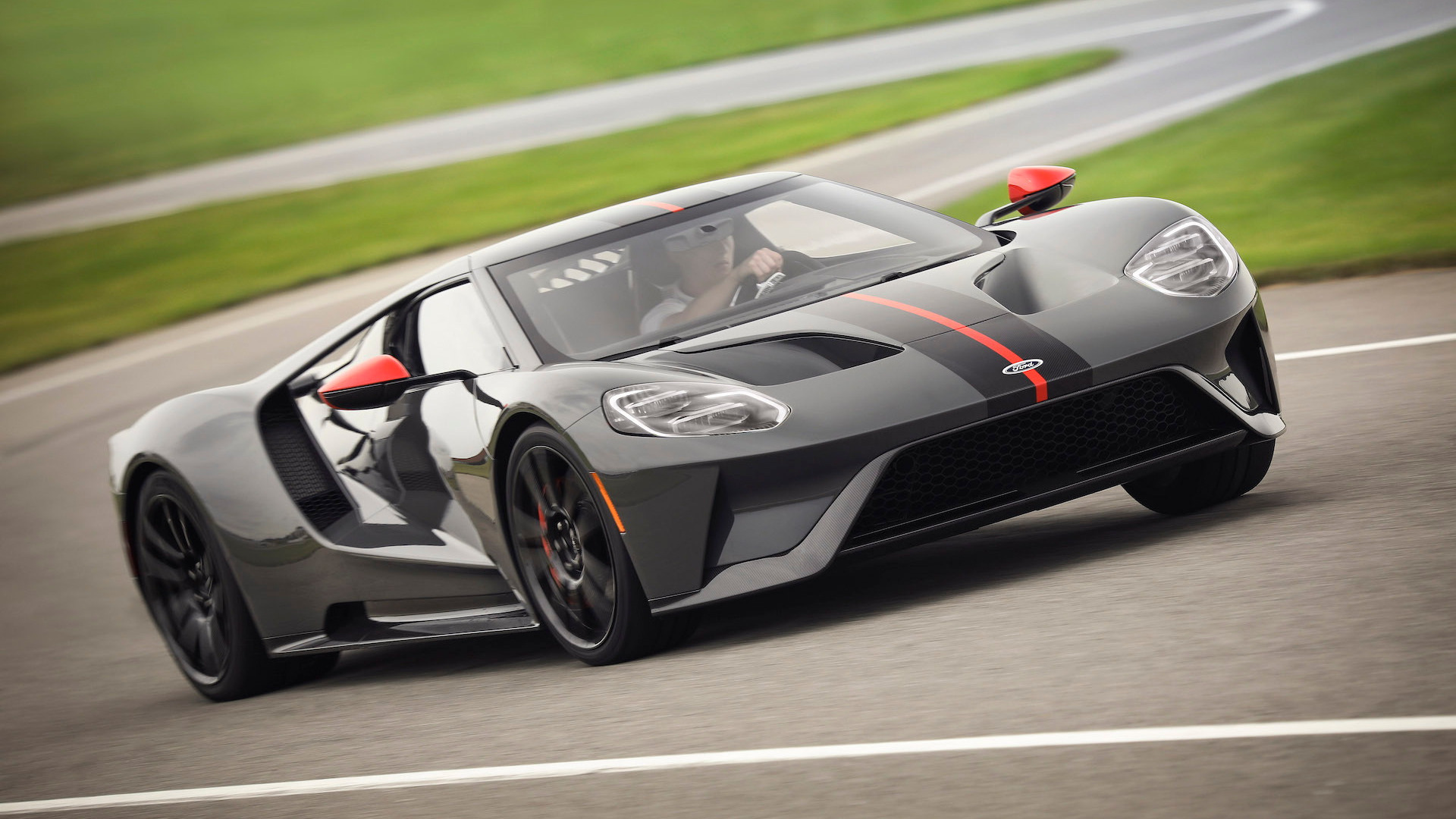 The most noticeable element of the Carbon Series is the exposed carbon fiber stripe down the center of the car. The A-pillars and lower side skirts are also exposed carbon fiber, and the car also comes standard with the optional carbon fiber wheels. Those wheels help save weight, as do titanium lug nuts, a titanium exhaust system, and a thinner, vented polycarbonate engine cover that is shared with the Competition Series.

Unlike the Competition Series, though, the Carbon Series comes standard with a radio and air conditioning. It's a track car to be sure, but it's still somewhat civilized.

Inside, the car sports a Carbon Series badge on the instrument panel, a unique seat pattern, silver stitching on the seats and steering wheel, clear anodized paddle shifters, and matte carbon fiber for the sills, air register pods, and center console. Ford also removes the cupholders and the driver's seat storage bin, supposedly to save weight. That is likely good for a few ounces.

Carbon Series buyers will also be able to order an Accent package in silver, orange, red, or blue. Those colorful accents will decorate the sire mirror caps, calipers, and a thin center stripe.

Buyers who have already been approved for a Ford GT can order the car now. Ford says it can build one Carbon Series model per week, so at most 52 can be built per year.

As previously reported, Ford is extending the production run of the GT to 1,350 units and reopening the application process for interested buyers as of November 8. New applicants will be able to order the Carbon Series, too.