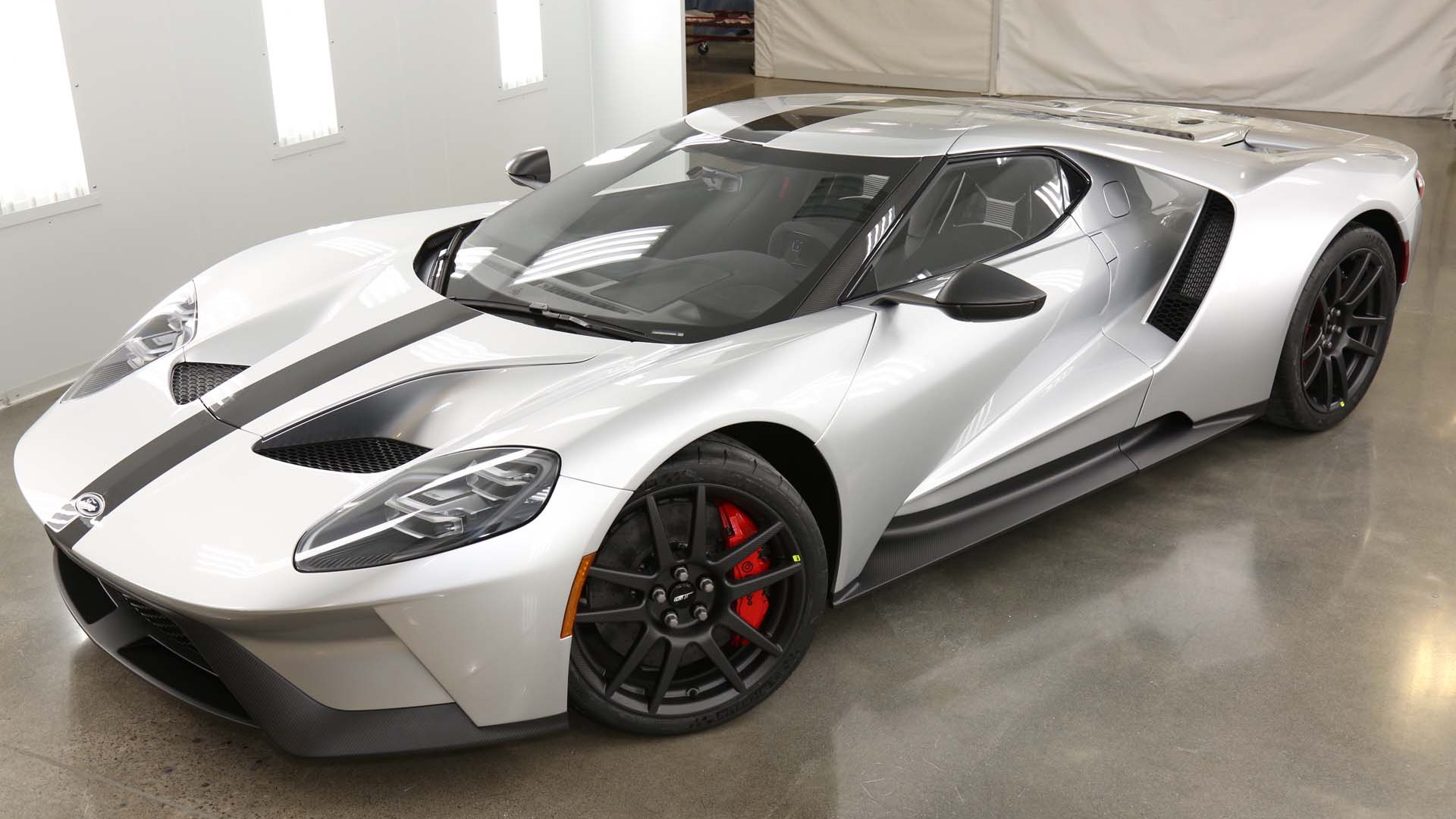 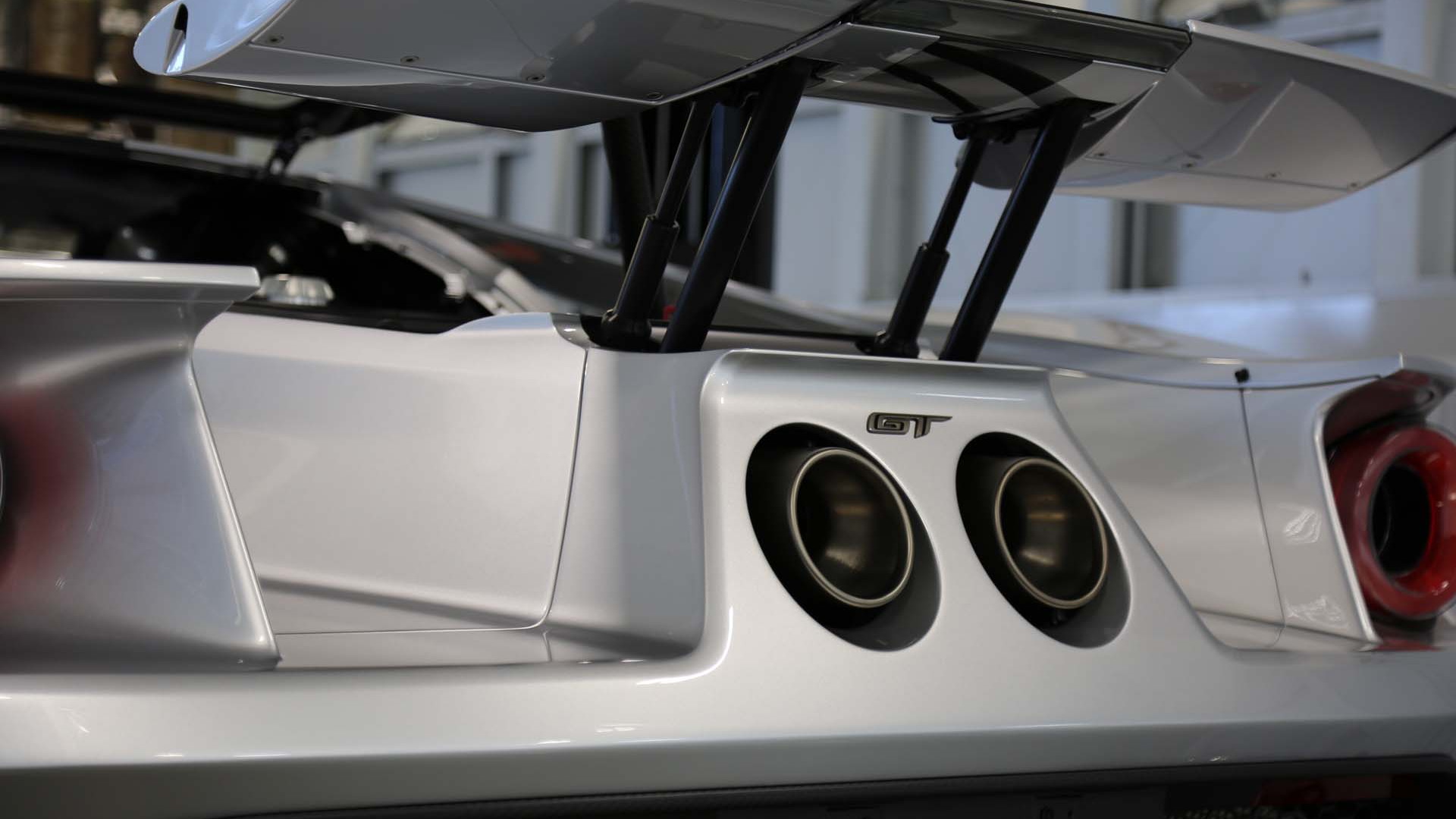 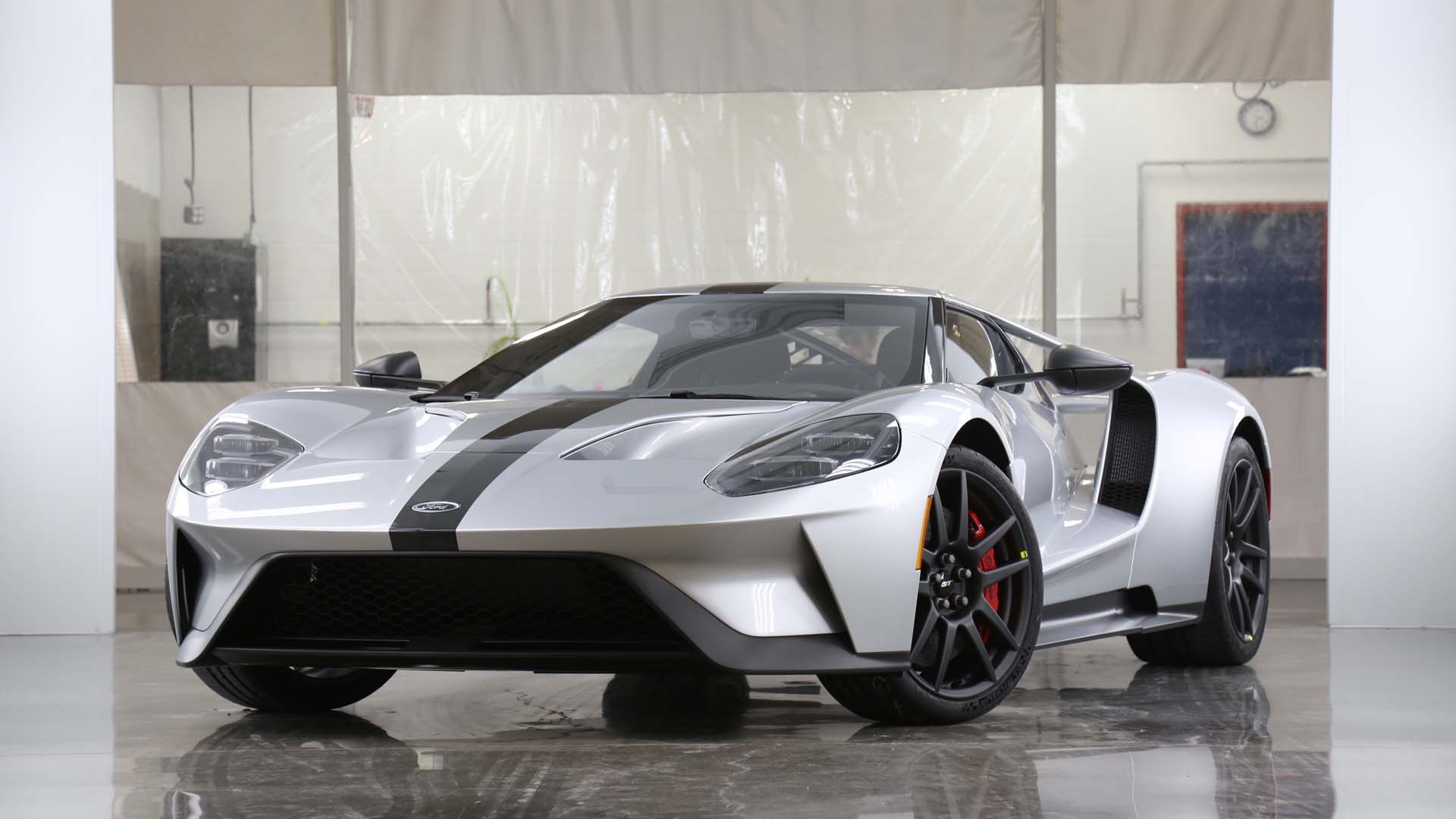 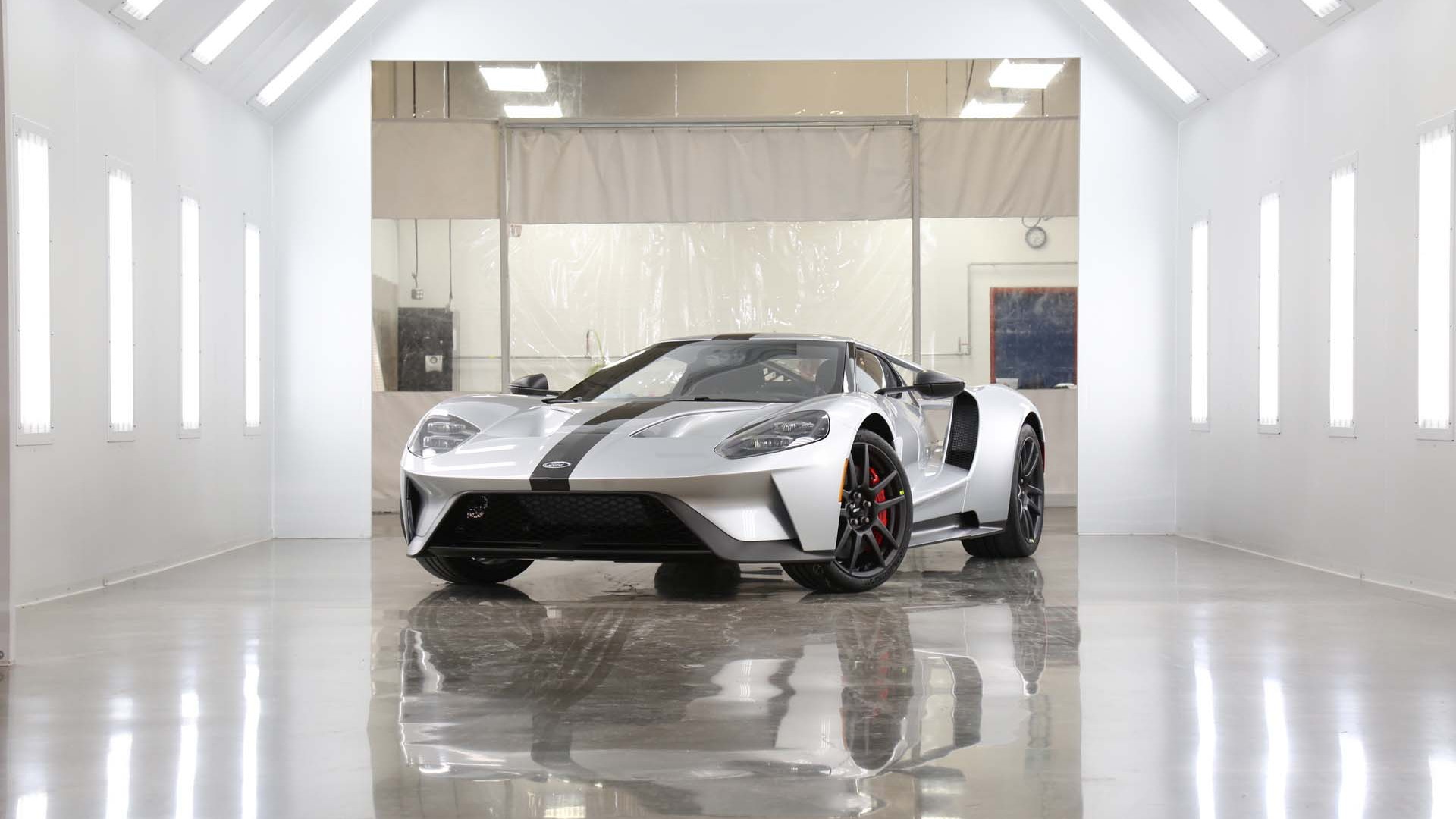 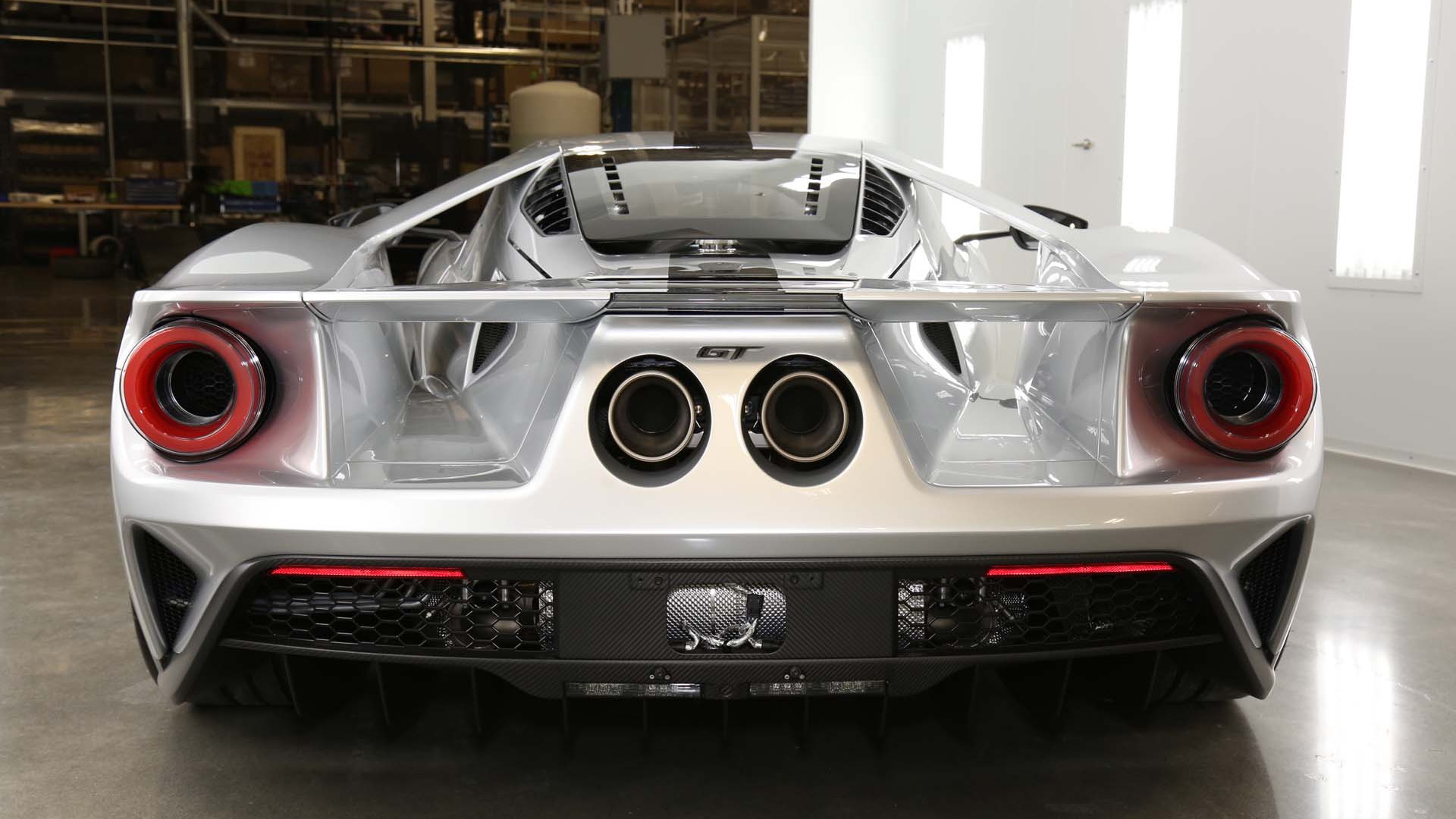 The Ford GT is a pure supercar, so you figured it was designed to be as light as possible, right? Wrong. Ford has just released information on the Ford GT Competition Series, a limited edition model that cuts weight from the carbon fiber-bodied supercar.

Weight-savings measures include a race-inspired Perspex acrylic engine hatch cover with a manual latch and a carbon fiber prop. This reduces weight up high, helping to move the center of gravity lower in this already low car. Its integrated venting gives the car a unique look from the rear. The bulkhead behind the driver is also made from Gorilla Glass that is about half as thick as it is in other GTs.

Niceties and conveniences? Gone. This car does not have air conditioning, a radio, speakers, storage bins, or cupholders.

Inside, the Competition Series has Ebony Alcantara suede on the seats, instrument panel, and headliner. Exposed carbon fiber is found on the console, registers, and door sills, while the paddle shifters and instrument panel badge are anodized red. A unique center console plate and steering wheel fascia are used to fill in for the deleted infotainment controls and screen.

ALSO SEE: How the Ford GT race car differs from the road car

Obviously, this stripped down model is aimed at buyers who want to take their cars to the track. “The Ford GT has racing in its blood,” said Raj Nair, Ford executive vice president, global product development, and chief technical officer. “The Competition Series was developed with the most hardcore track enthusiasts in mind, providing a tailored set of lightweight features and unique livery to match."

Ford is showing the GT Competition Series in Daytona, Florida, this week, on the sidelines of the Daytona 500.