Amid all the glitz and glam at the annual SEMA Show at the Las Vegas Convention Center sat the original Ford Mustang used in the Bullitt film. The appearance, along with that of owner Sean Kiernan, was part of an international tour that won’t be coming to an end anytime soon.

“It’s been fantastic,” Kiernan said outside of the Shell booth where the car was parked.

And the car looked great. Its dark green paint still shows the wear and tear put on a movie car and that original look is something Kiernan wants to leave in place, just as his father did after purchasing the car in 1974.

“This is a timeline of my life and I’m not one to erase history,” he said, adding that preserving the car — paint cracks, rust and all — is far more difficult than restoring it.

Kiernan plans to continue to share that history with the world. He’s already taken the car (with the help of sponsors) across the United States and a few events overseas, including the annual Goodwood Revival. He planned to take the Mustang to California after SEMA and, eventually, to Le May – America’s Car Museum in Tacoma, Washington. 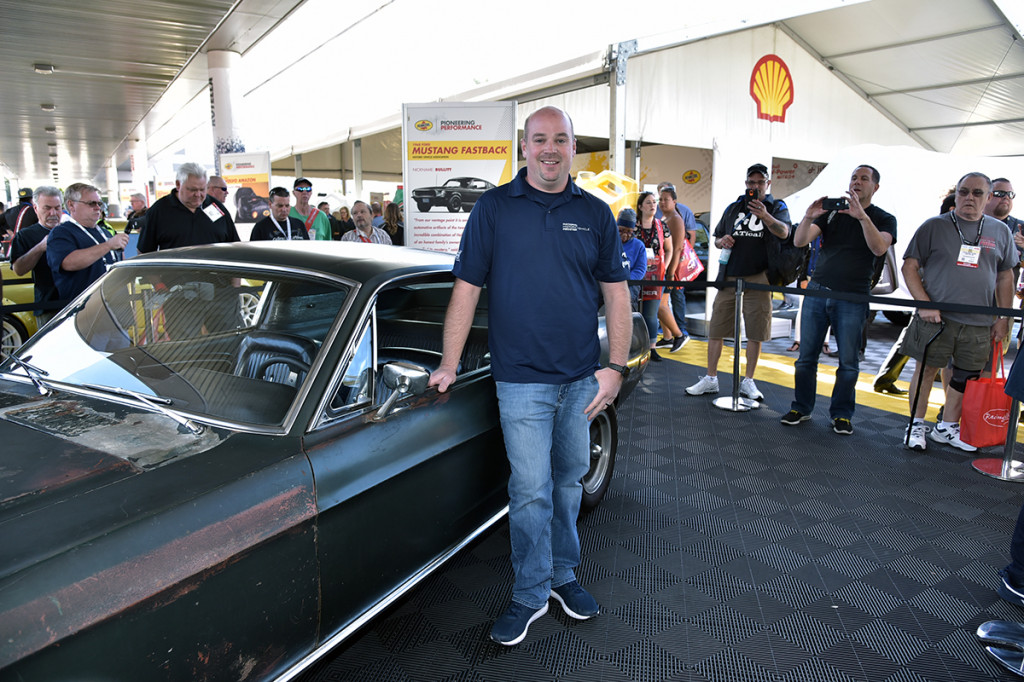 But staff there won’t be working on the Mustang. Instead, Kiernan plans to fly from his home in Nashville, Tennessee, to the Pacific Northwest to perform any needed maintenance or even to move the car within the museum, should that be needed.

“I’ll always be the one that puts in the blood, sweat and tears,” he said, adding that he doesn’t want to place the burden of caring for the vehicle on anyone else.

The Mustang won’t be a permanent fixture in the museum. Instead, it will split time between Tacoma and Kiernan’s garage.

“I’m getting good at not having anxiety with it not being in there (the garage), but I know she’ll be back,” he said.

Not that planning an excursion is simple. Kiernan said a lot of factors come into play when taking the car from event to event. He joked that the car should be nicknamed “Change of Plans” because of the frequent alterations in his schedule. 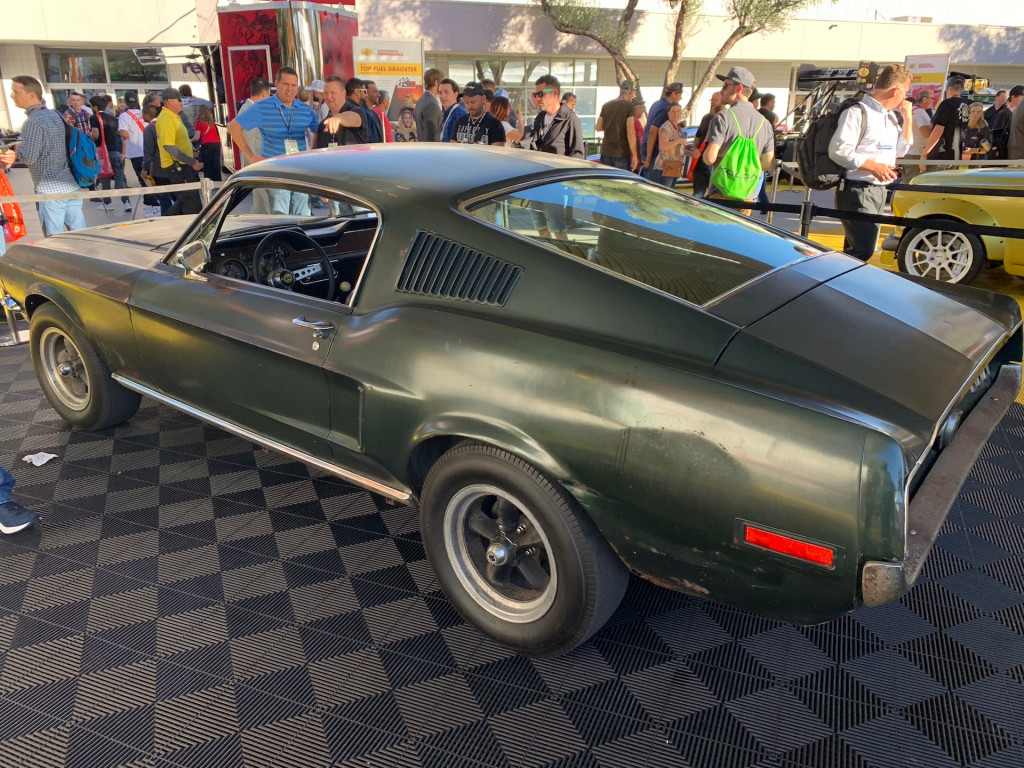 When asked if he planned to sell the car, Kiernan said he wouldn’t dream of it. He said the only people who he would even consider offering the car to would never buy it because they know how much it means to him.

So if you were worried about missing out on seeing the Bullitt Mustang, you needn’t worry. Kiernan said he will continue to tote the car around so fans can catch a glimpse and so he can preserve the memory of his father while raising awareness for the neurodegenerative disorder that claimed his father’s life.