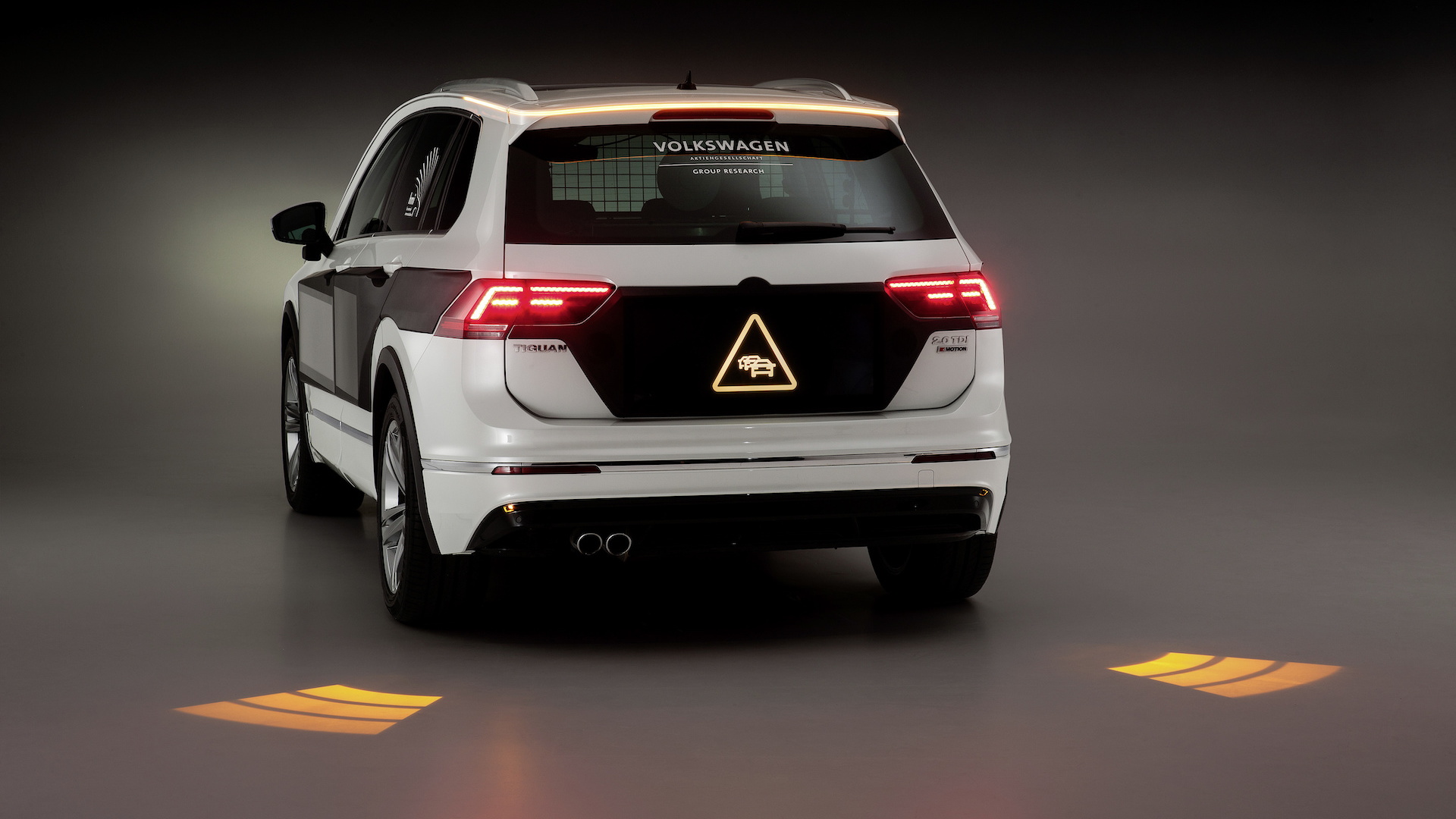 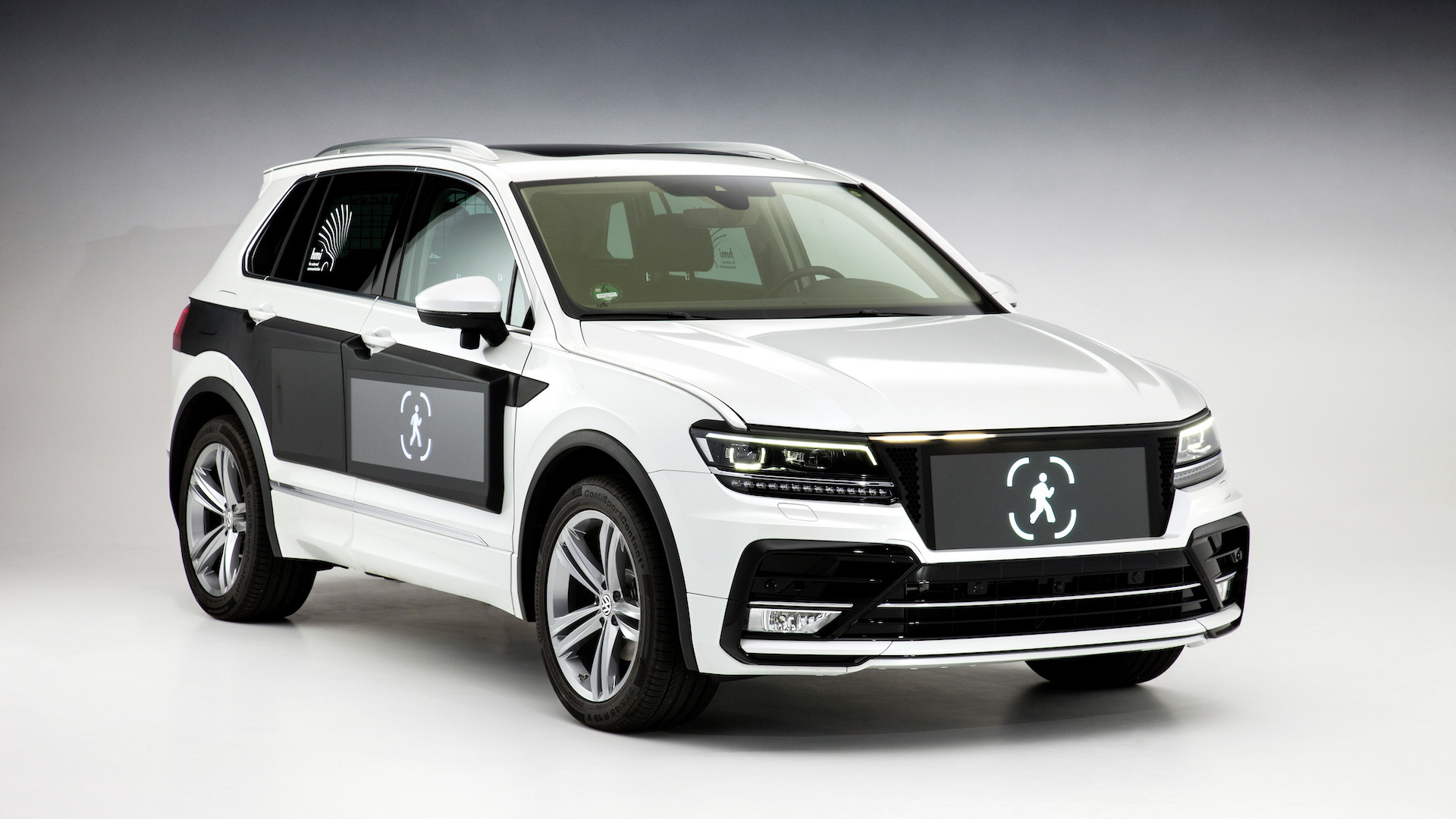 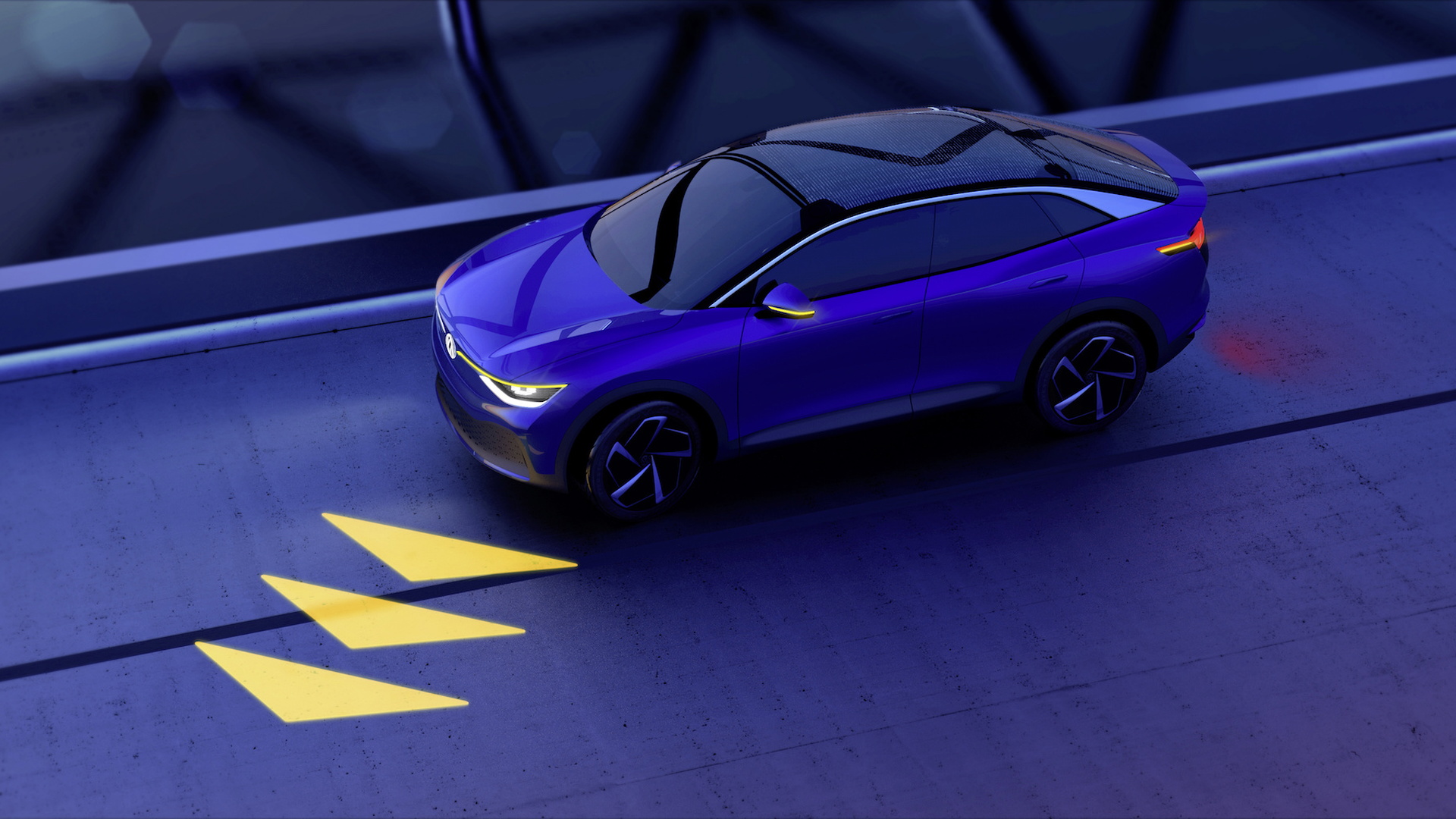 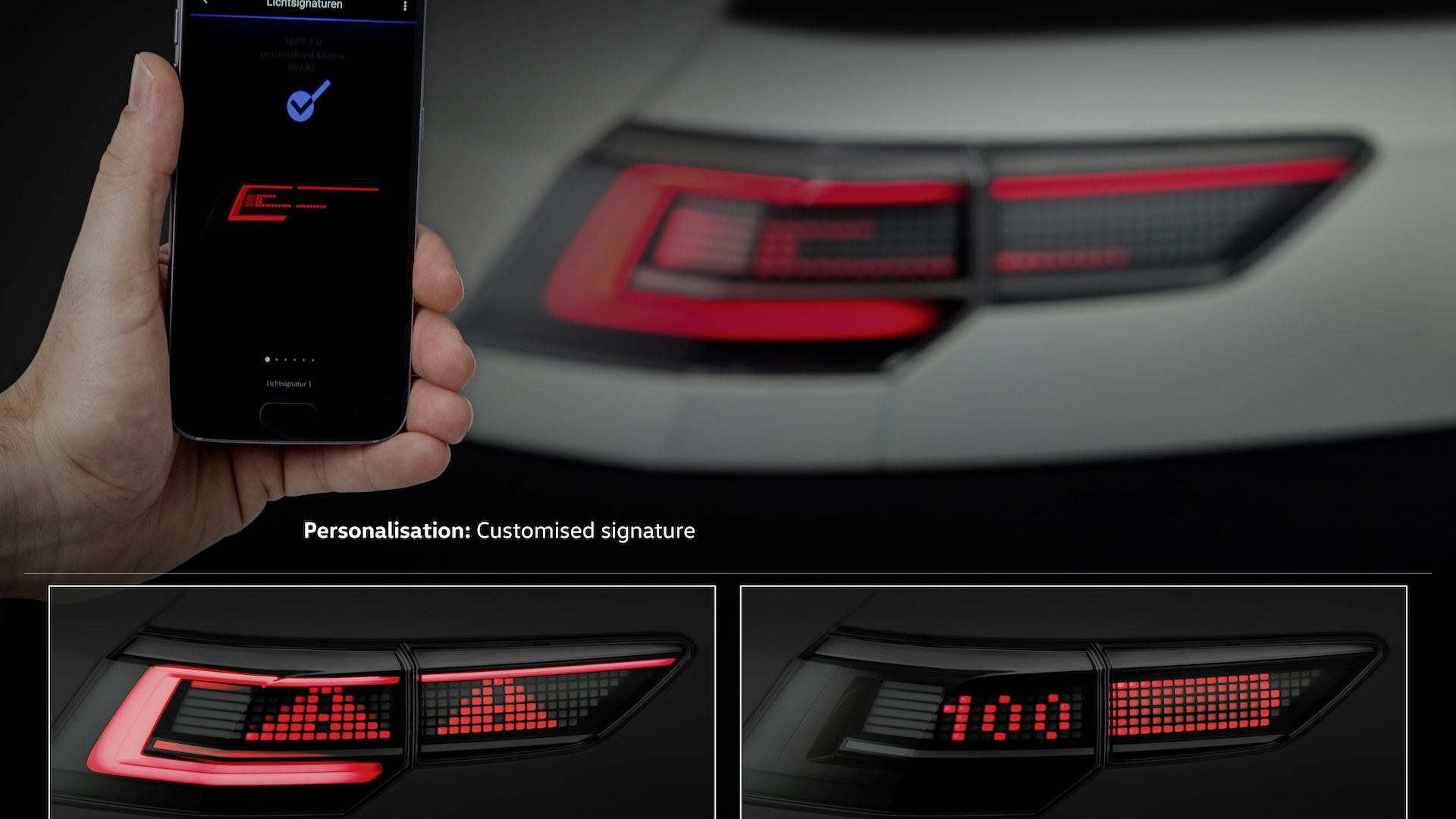 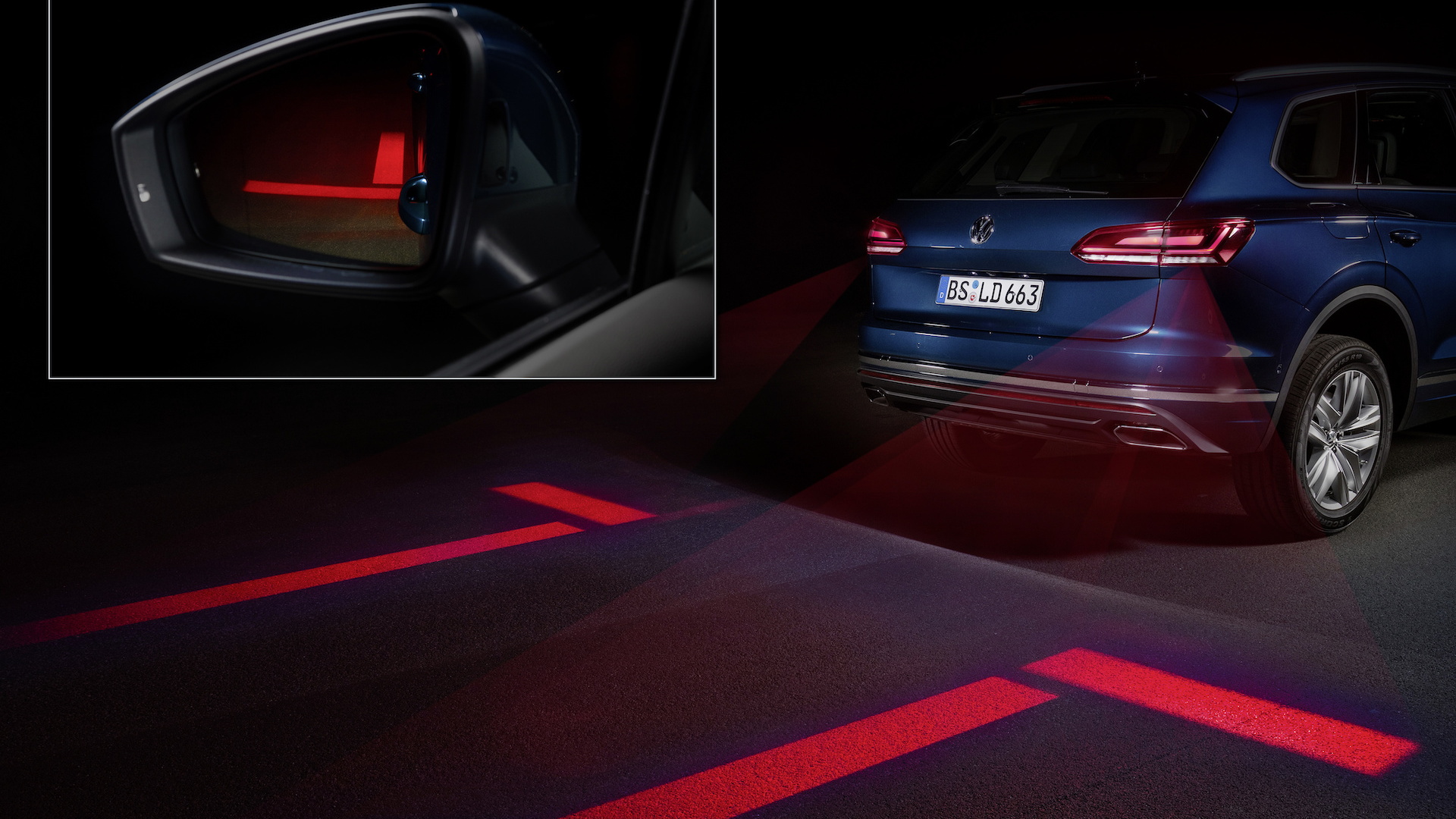 The announcement showed off a host of elements engineers have been working on to turn lighting into a form of communication. VW imagines a car will house new areas to project graphics on the road or in lighting elements themselves. A prototype vehicle showed how a screen in the front grille and at the rear can display warnings to other drivers, such as a traffic jam ahead, or acknowledging pedestrians and giving them the all-clear to cross.

Yet, there is no standard set in place for how self-driving cars will communicate. VW said manufacturers, suppliers, universities, and authorities are working on a common and simple language that pedestrians and other will understand worldwide.

Additionally, traditional cars could see safety improvements from future light elements. A VW vehicle could, for instance, project arrows onto the road surface to show which direction the driver intends to move. And infrared technology could identify pedestrians or animals at night while a matrix LED headlight quickly highlights their presence without blinding the subject.

VW also showed off instances where an owner could create a custom turn signal array for their taillight, and how the light itself could provide warnings to other motorists. Further, an adaptable light could even show the charge level of an electric car's battery, or project guidance lines onto a parking space at night to help drivers maneuver more easily.

The company isn't the first to explore such futuristic lights, though. Mercedes-Benz showed off its High-Definition headlights in 2016, which also project shapes and words onto the road for drivers. The HD lights can even project light traces onto the road to replace missing road markings.

While Americans have missed out on more advanced headlights due to outdated rules, that will soon change. The NHTSA has submitted a petition to update the regulations. The new rules would allow LED matrix headlights with a constant adaptive high beam on U.S. vehicles.