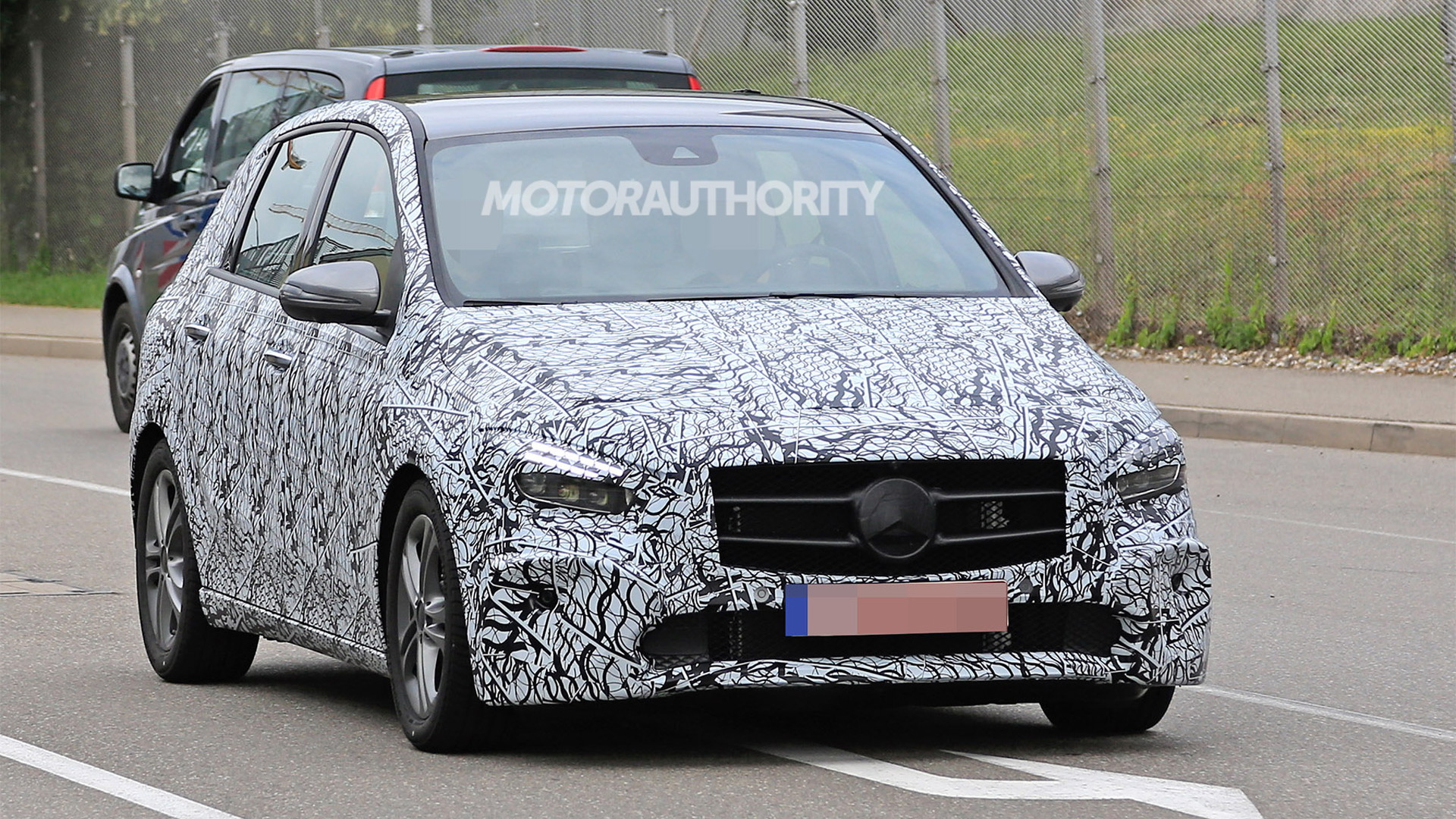 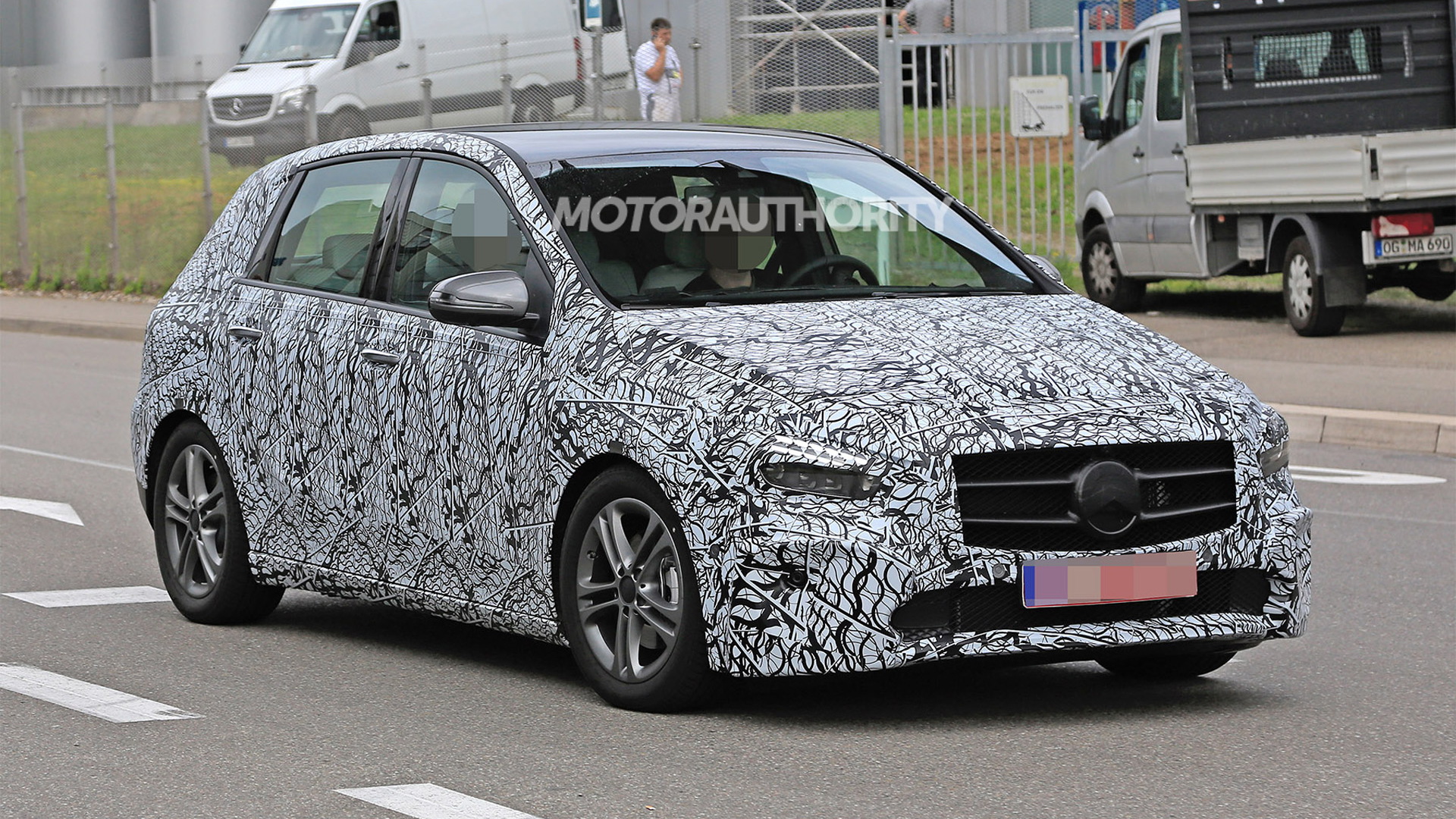 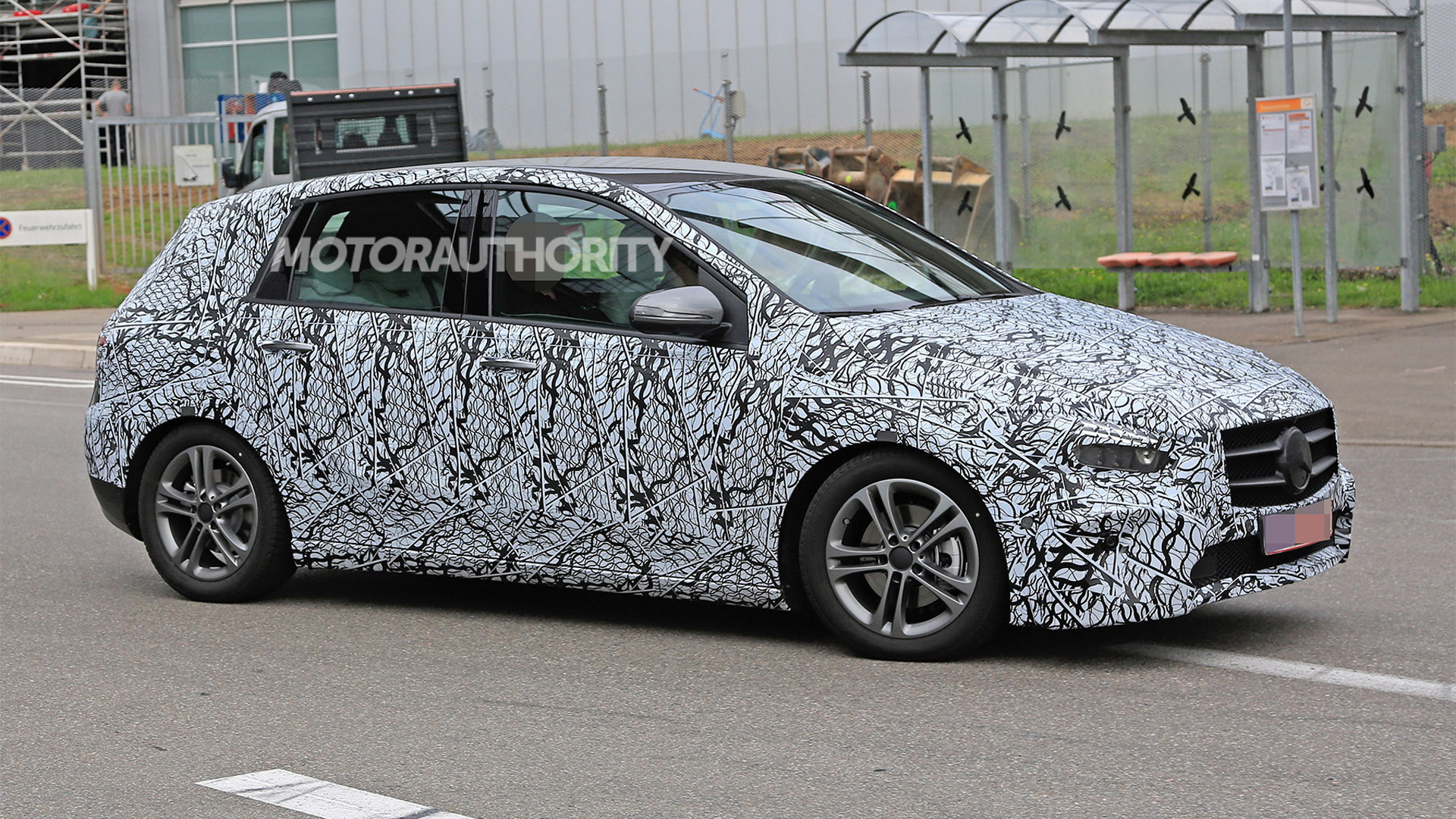 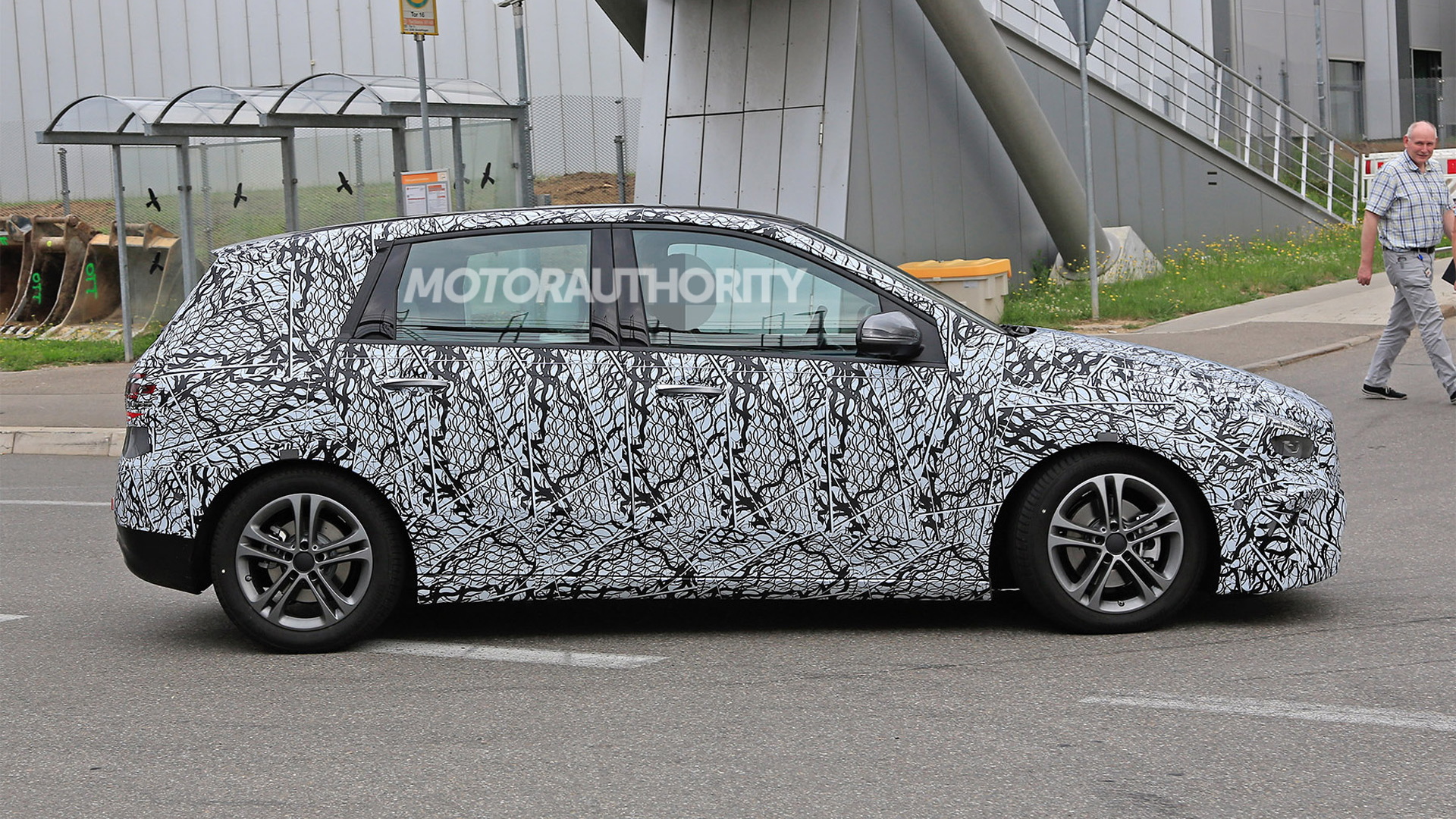 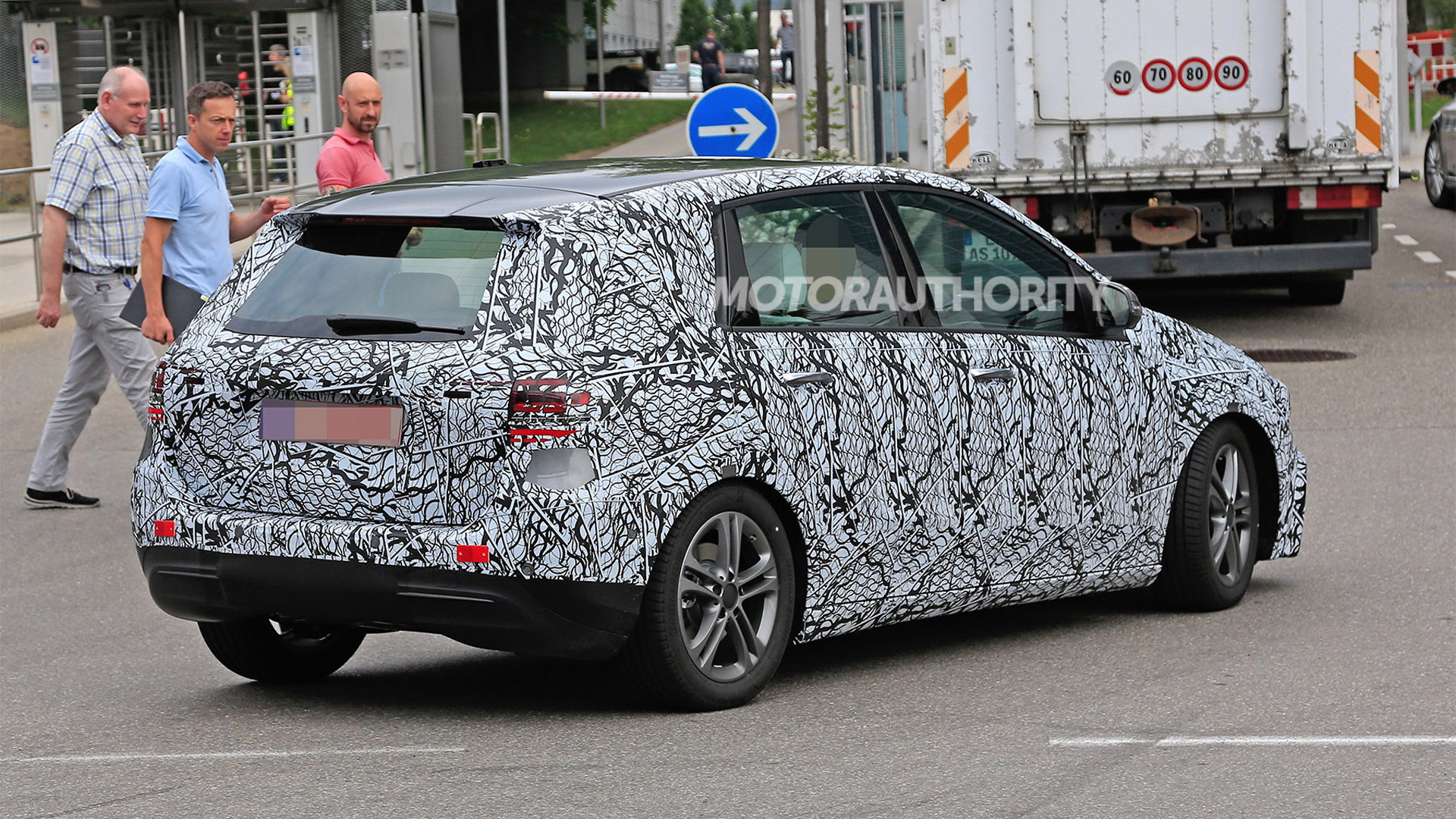 Mercedes-Benz confirmed Monday that its redesigned B-Class minivan will be unveiled at next month's 2018 Paris auto show.

The B-Class will be the third body style from Mercedes' new generation of compact cars, following the A-Class hatchback unveiled in February and A-Class sedan unveiled in April.

So far only the A-Class sedan has been confirmed for sale in the United States. It's being assembled at a plant in Mexico and will arrive in showrooms late this year as a 2019 model.

We don't expect the B-Class to be sold here. We received the previous generation in electric guise only but it was dropped after the 2017 model year. An EQA hatchback from Daimler's EQ sub-brand for electric cars will eventually arrive to fill the gap.

Mercedes is holding back details on the B-Class until the reveal in Paris but says the vehicle looks more dynamic than its predecessor and is more agile while offering greater comfort and space. The vehicle will also feature the dual-screen dashboard design seen in the A-Class (shown above) along with class-leading electronic driver aids.

Underpinning the vehicle is Mercedes' MFA2 front-wheel-drive platform for compact cars. B-Class models should include B200 and B250 variants offering inline-4s with outputs of 163 and 224 horsepower, respectively. There will be some diesels too and eventually a plug-in hybrid.

Despite its stodgy image, the B-Class is a vital model in Mercedes’ portfolio, particularly in Europe where its higher seating position appeals to older buyers, and its spacious cabin to young families. Joining it at the Paris auto show will be the Mercedes-AMG A35 hatchback and GT 43 4-Door Coupe models, new Mercedes-Benz GLE and Mercedes-Benz EQC SUVs, and a new concept car from Smart to celebrate the brand's 20th anniversary.

The Paris auto show starts October 2. To learn about some of the other vehicles set to appear, head to our dedicated hub.