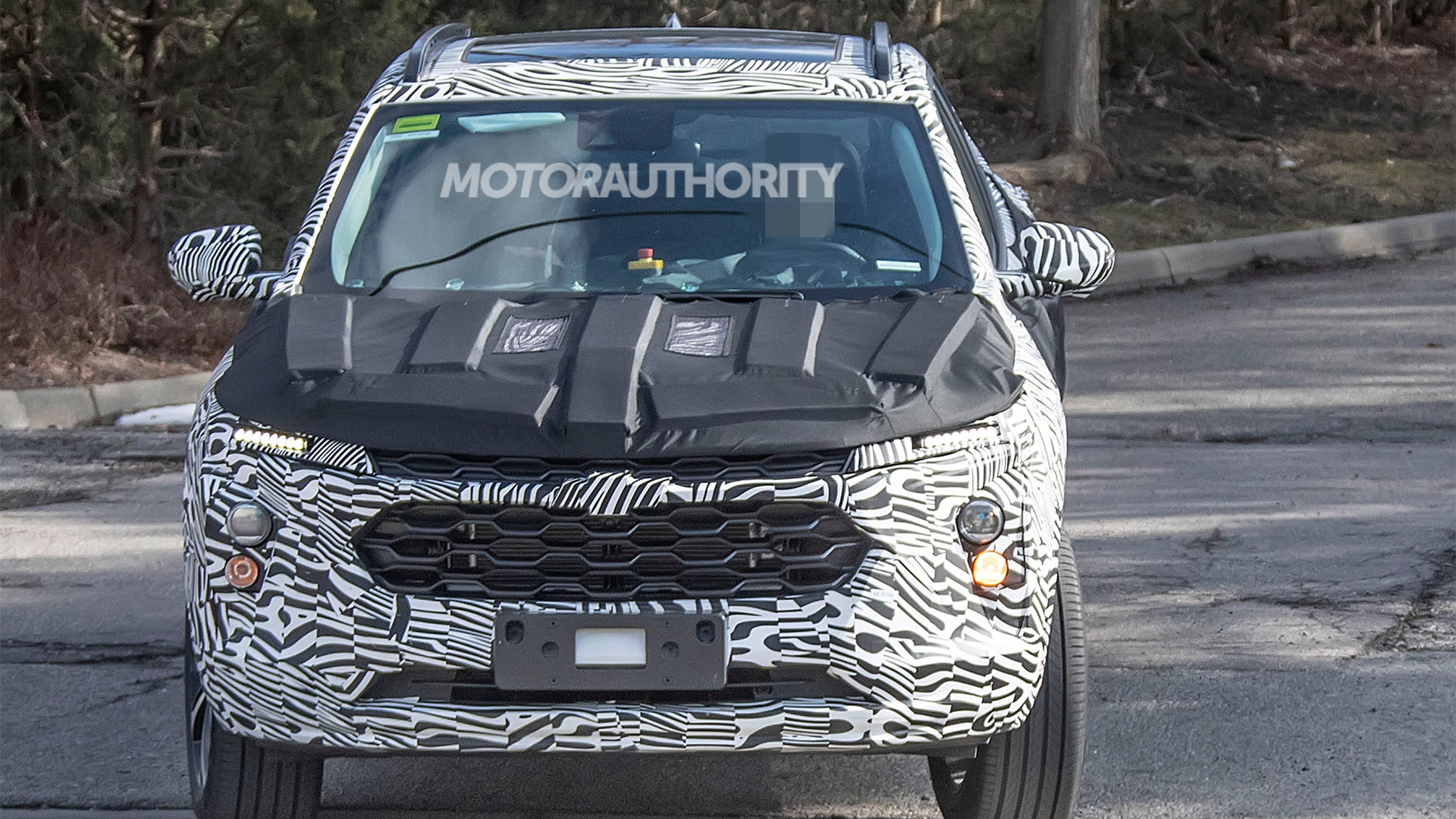 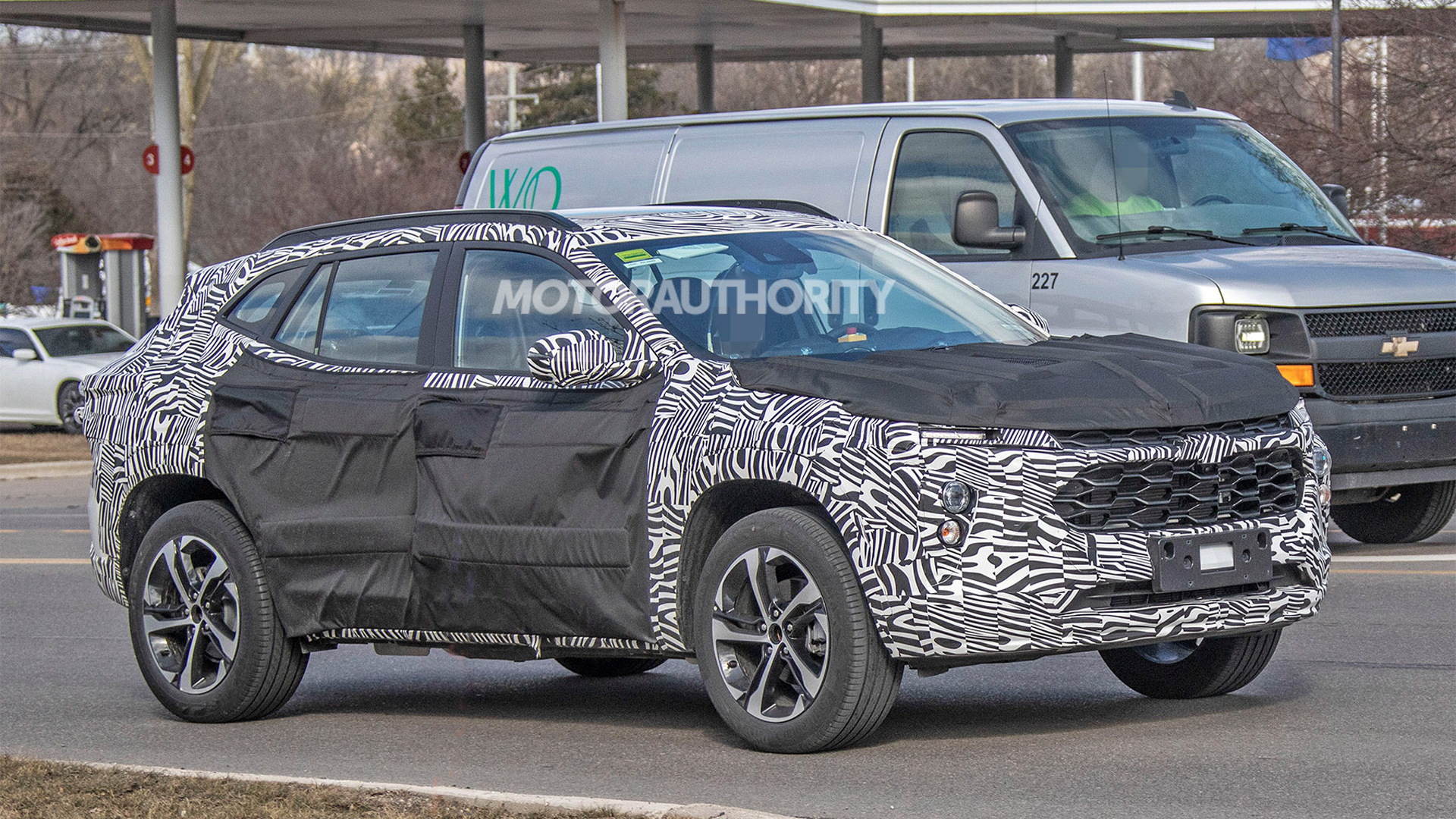 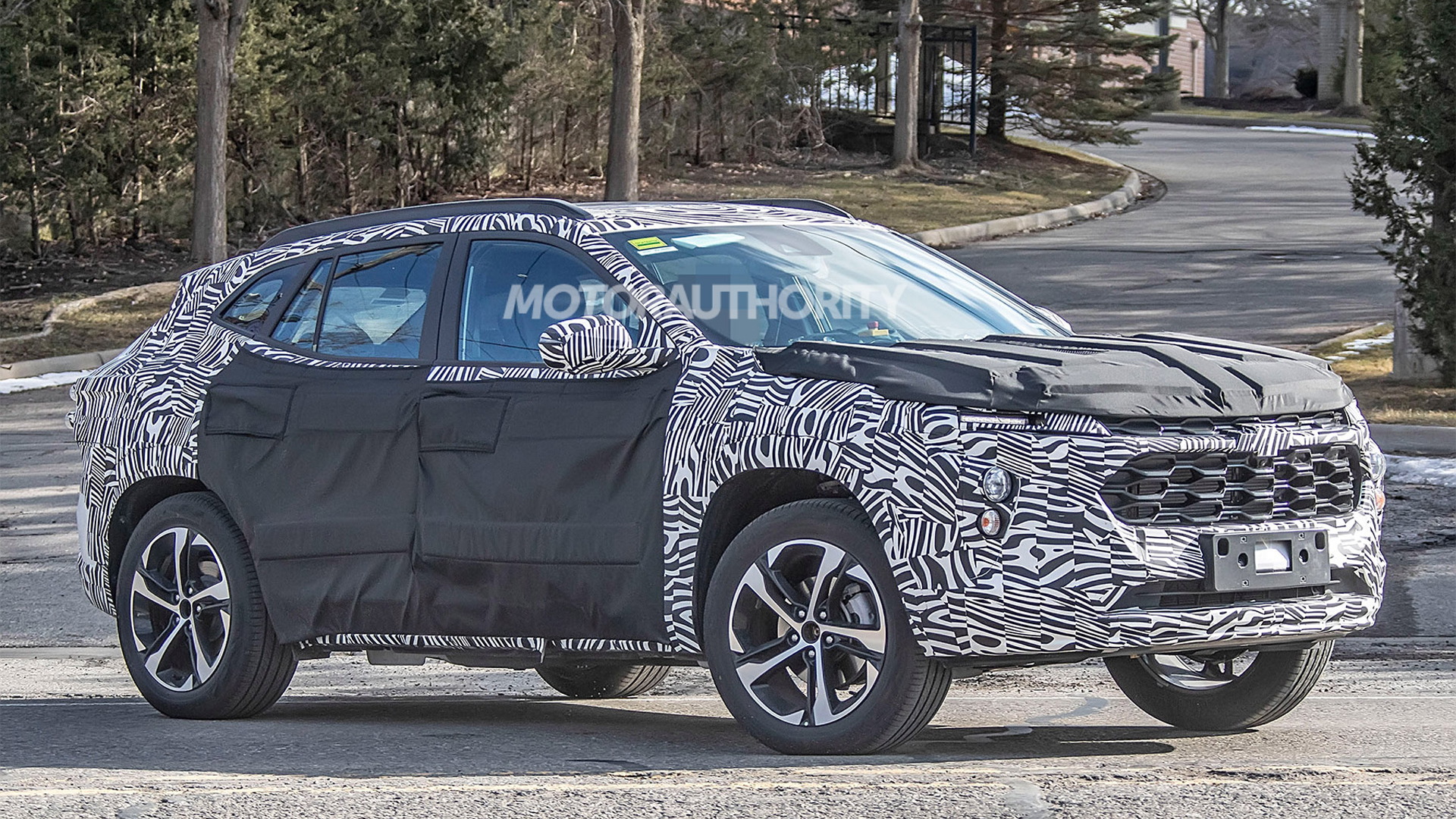 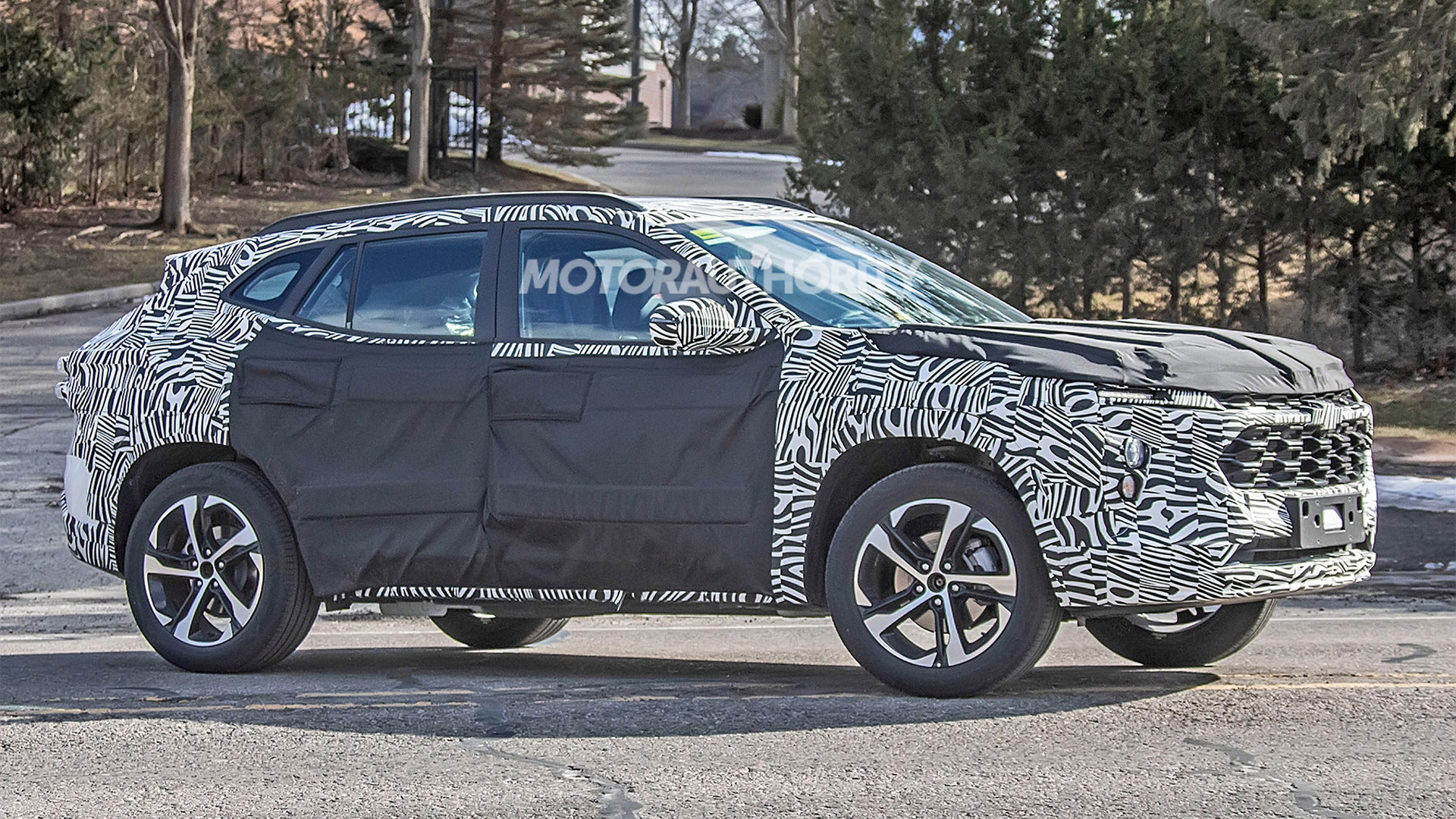 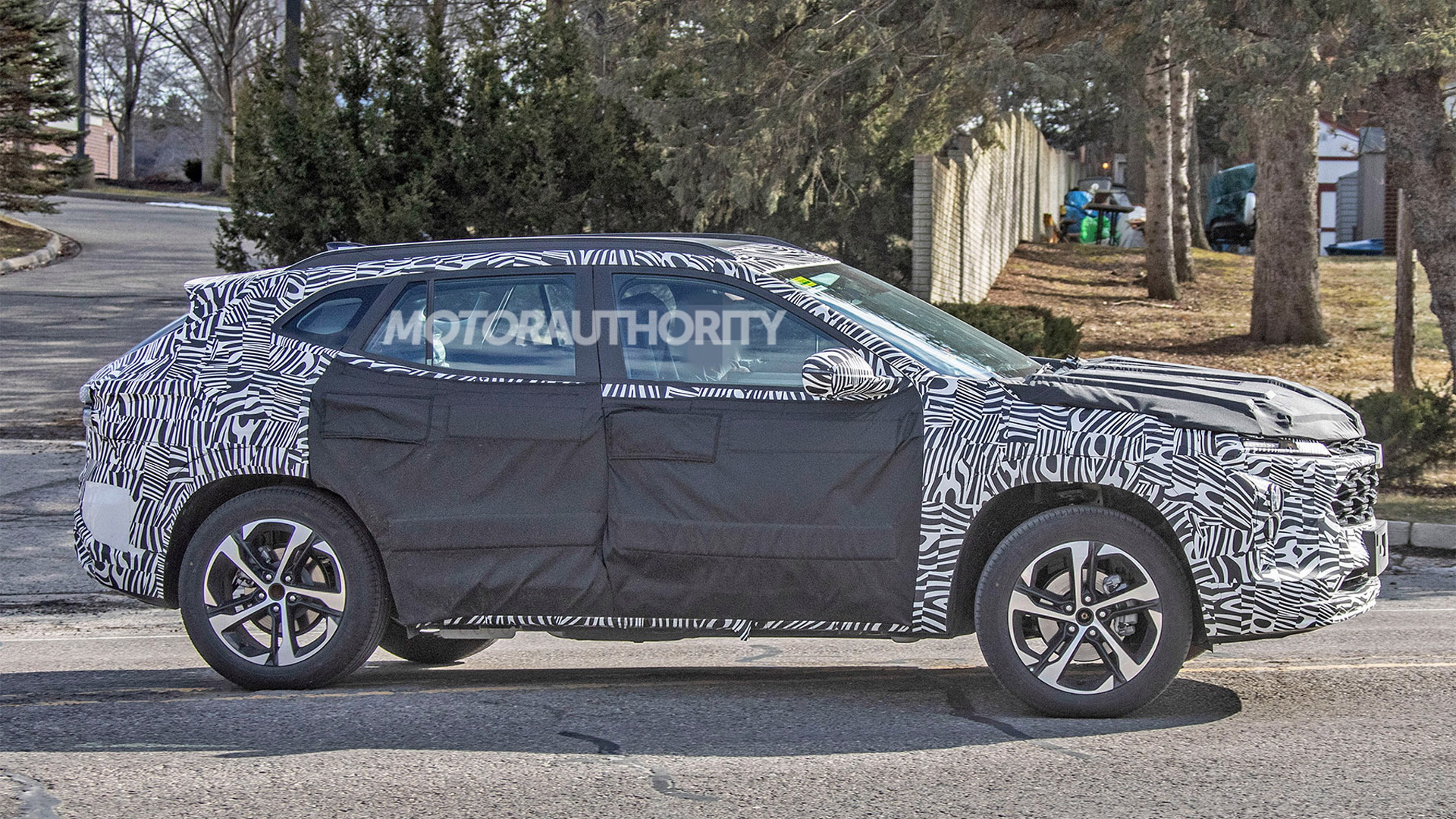 Chevrolet is out testing a new crossover that looks to be similar in size to the compact Equinox.

The design is much sportier than the Equinox, though, and instead more closely resembles a scaled-down Blazer. The slit-like daytime running lights, low roof, and side glass design are all borrowed from the Blazer.

It isn't clear what platform sits underneath. One possibility is the aging D2XX platform found in the Equinox, though another, more likely possibility is the much more modern, and more flexible design known as VSS (Vehicle Strategy Set). The VSS portfolio of platforms is currently being rolled out and is expected to underpin most of GM's internal-combustion lineup by 2025.

A VSS-F platform designed for mini and subcompact vehicles underpins the Chevy Trailblazer, and a larger design, known as the VSS-S, could underpin this new crossover. Completing the VSS portfolio is a VSS-R platform for rear-wheel-drive vehicles, and a VSS-T platform for body-on-frame vehicles.

Although GM is heavily focused on adding electric vehicles to its lineup, including an electric Equinox due in 2023, the crossover you see here is running an internal-combustion engine. You can spot part of the exhaust in some of the shots. It's possible the crossover ends up being a replacement for the internal-combustion Equinox, the current generation of which arrived for the 2018 model year.