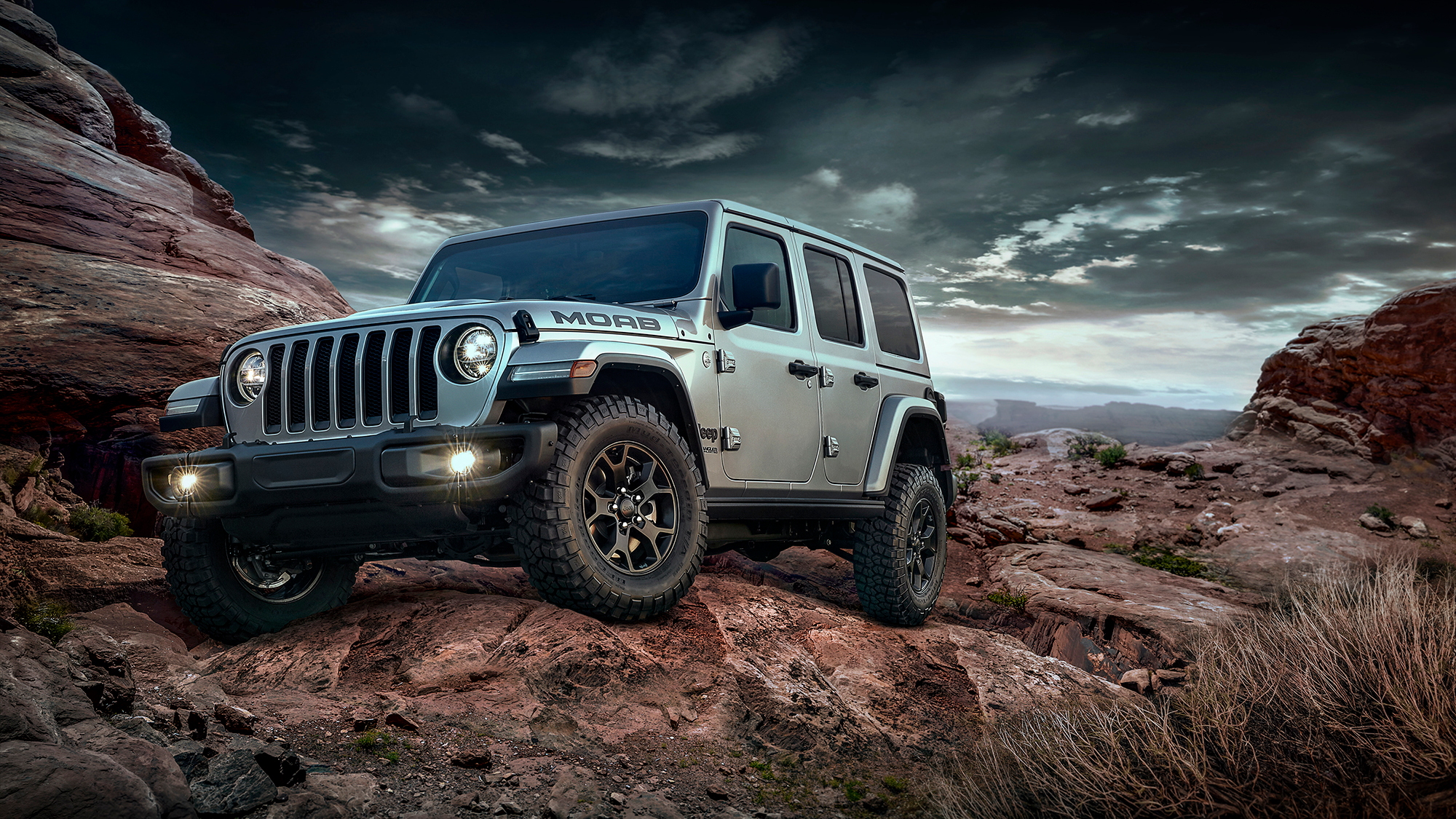 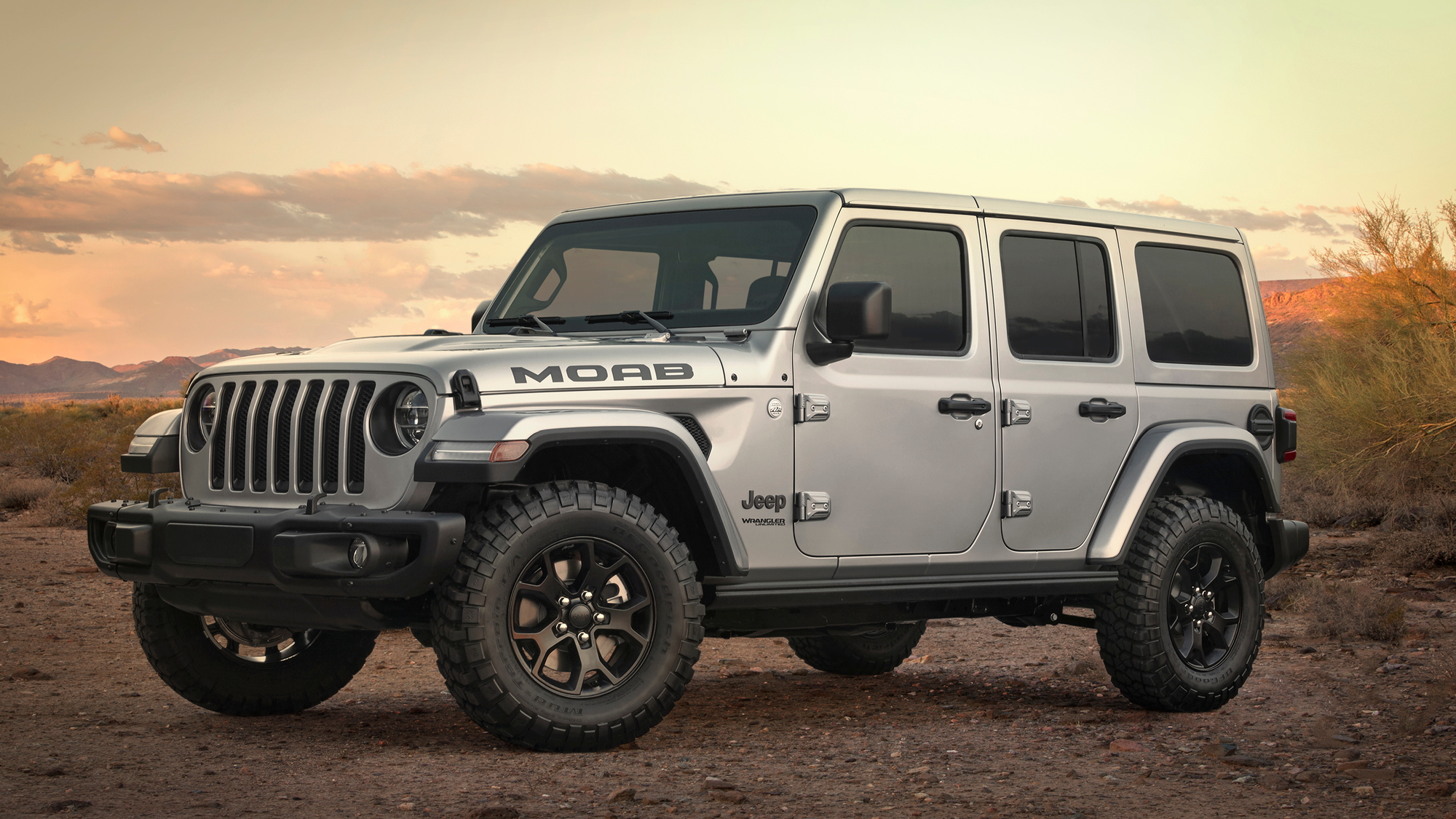 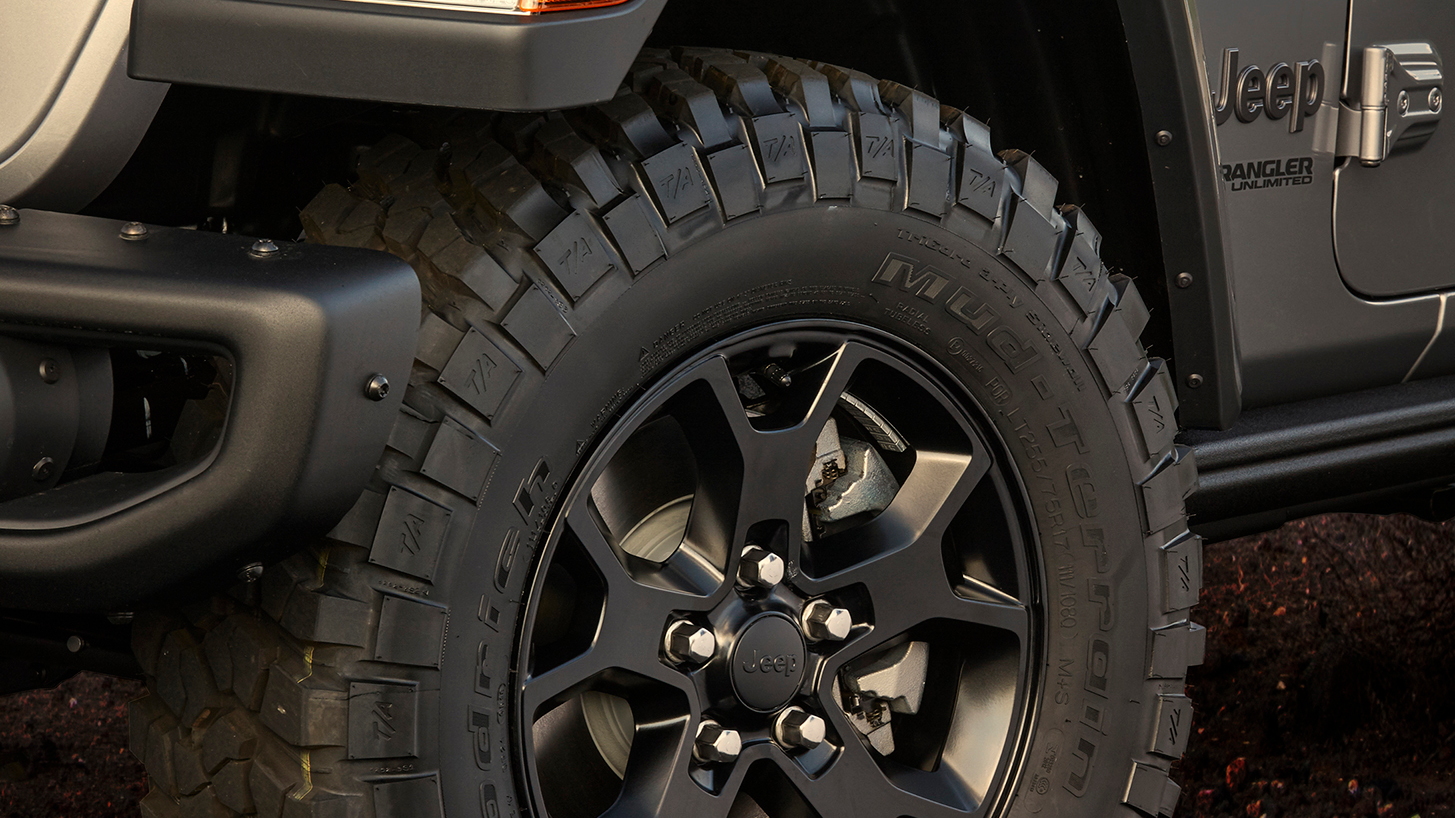 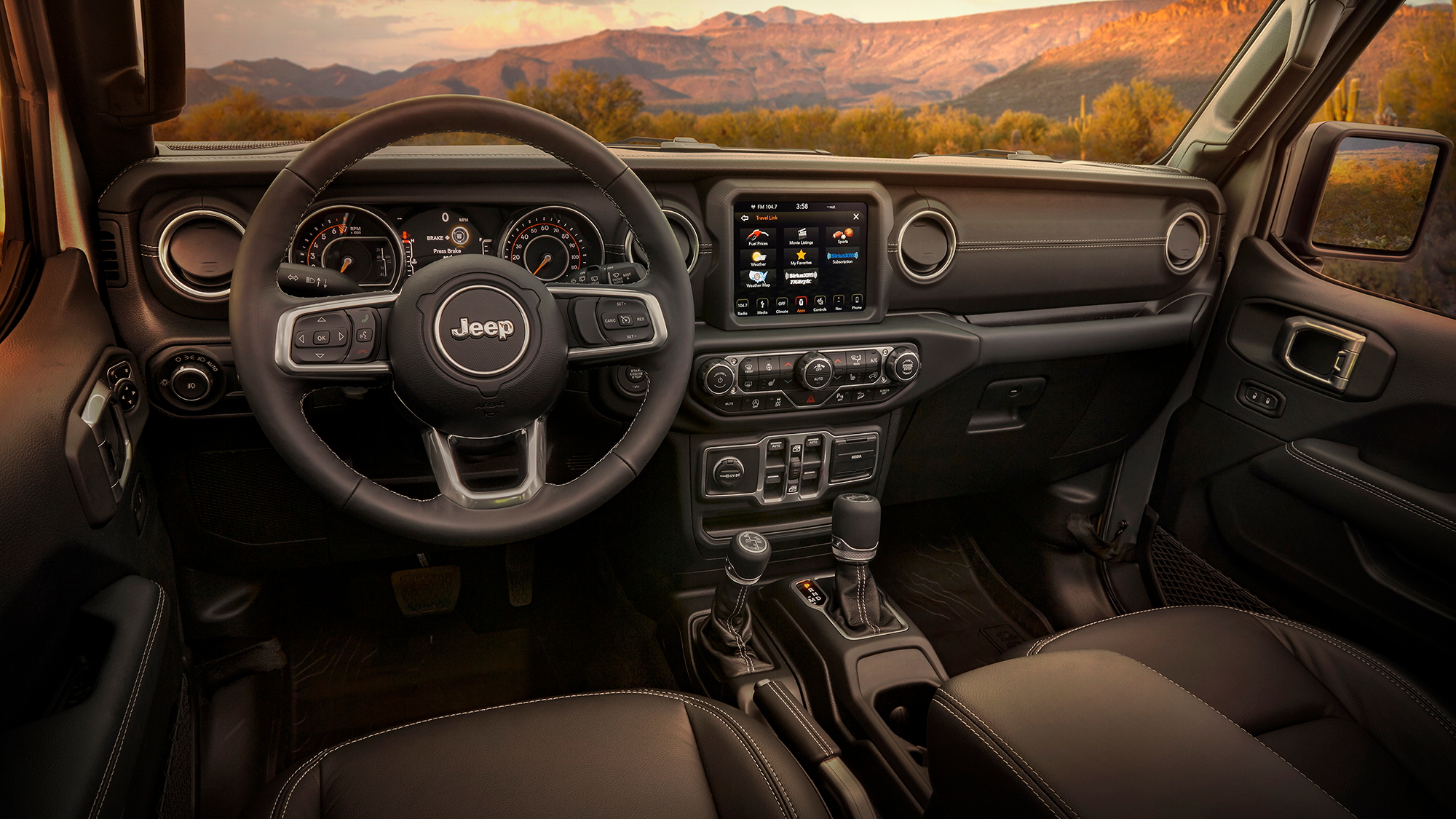 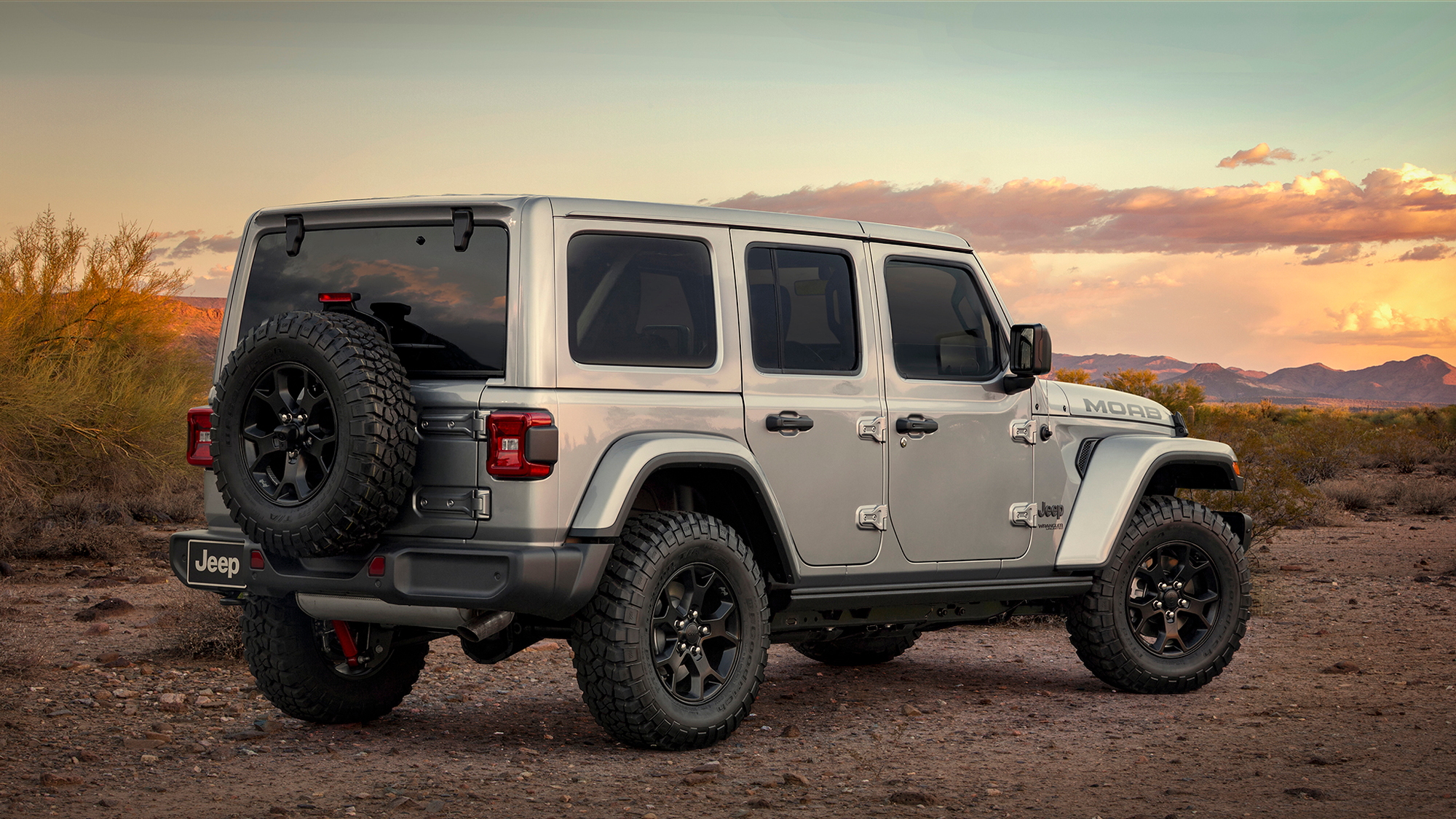 Jeep and Moab go together like apple pie and ice cream. Every year, the automaker holds its annual Easter Safari in Moab, Utah, and thousands of Jeep lovers flock to this off-road mecca in an exercise of shared passion. To commemorate its love affair with all things Moab, Jeep is serving up its first limited-run JL Wrangler, and it's appropriately called the Moab Edition.

The 2018 Jeep Wrangler Moab Edition starts with a four-door Wrangler Sahara and builds from there. The Moab Edition exists in a place between the fancy Sahara and rugged Rubicon. In fact, the Moab Edition shares a number of parts with the Rubicon. On the nose you'll find the Rubicon hood and bumpers, complete with the removable end caps. A set of 32-inch Mud Terrain tires sit at the corners and wrap around 17-inch Rubicon wheels finished in Low-Gloss Black.

Jeep fitted Rubicon rock rails in place of the Sahara's side steps. If customers prefer the side steps, however, it's a no-cost option to bolt them back in place. But those rock rails look a bit cooler than the side steps, especially when you pair them with the "MOAB" lettering on the side of the hood.

Inside, the Moab Edition wears the niceties found on the standard Sahara. This means leather-trimmed seats and a leather-wrapped dashboard. Safety features such as blind-spot monitors, rear cross-path detection, and a rearview camera are all included. Under the skin, the Moab Edition boasts the Selec-Trac two-speed transfer case and a Trac-Lok limited-slip rear differential to provide tremendous off-road capability. An 8.4-inch touchscreen with navigation is standard to help direct the Jeep from Hell's Backbone to Fins & Things.

After all, if you're going to call your Wrangler the Moab Edition it had better be able to go pretty much anywhere. And you'd better arrive with pretty much all of your cash.

We don't yet have a clear picture on the starting price of a Moab Edition Wrangler, but it likely won't be cheap. A standard Sahara starts at $39,790. Once you add in the cost of the Rubicon parts and the limited-edition tag thrown its way, you arrive at what should prove to be a pricey machine.