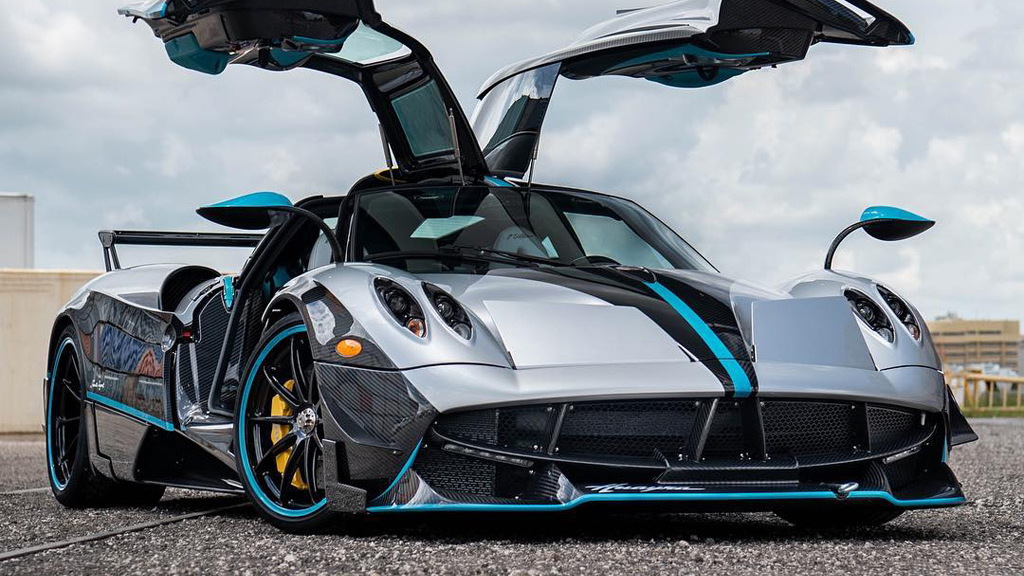 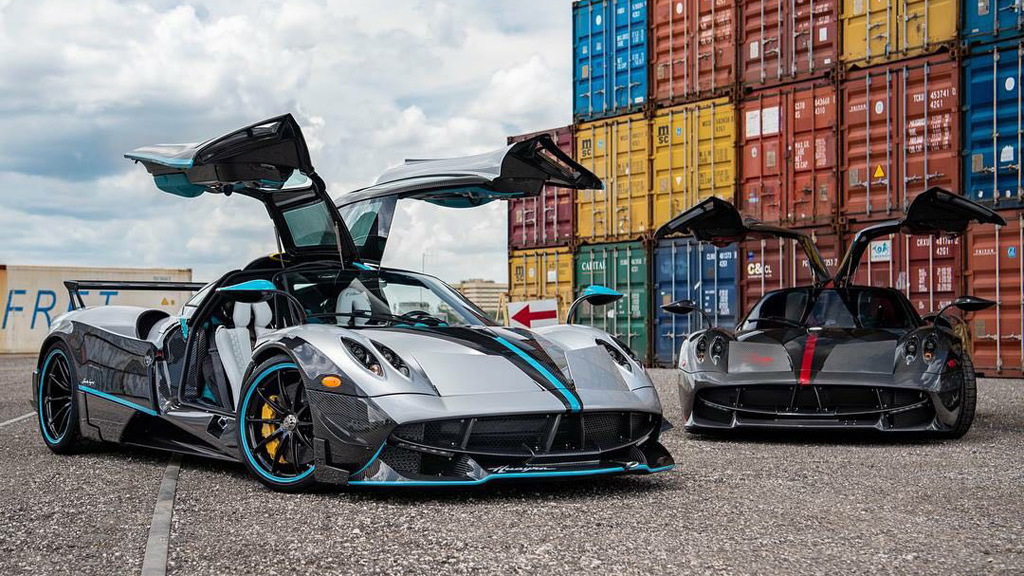 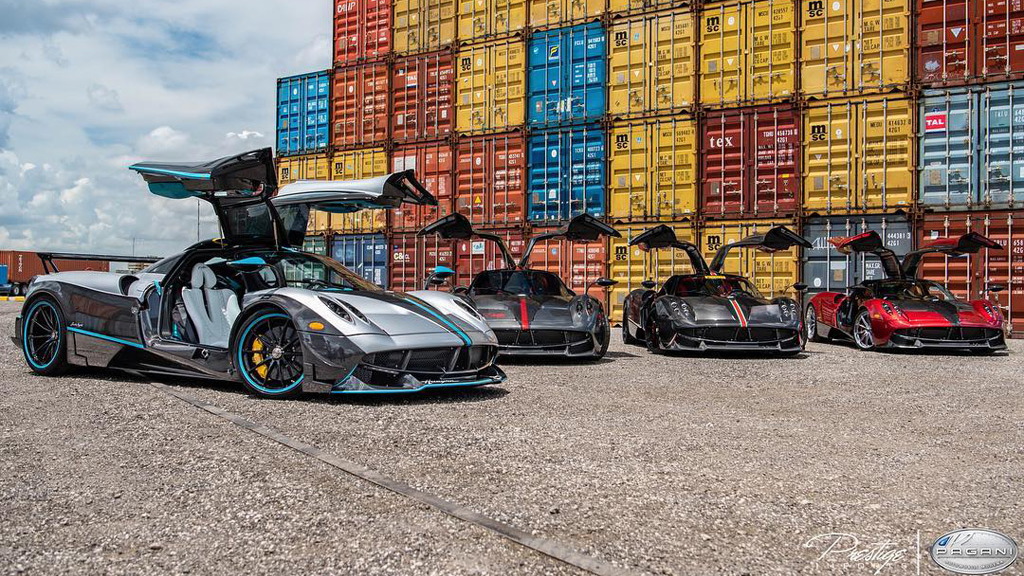 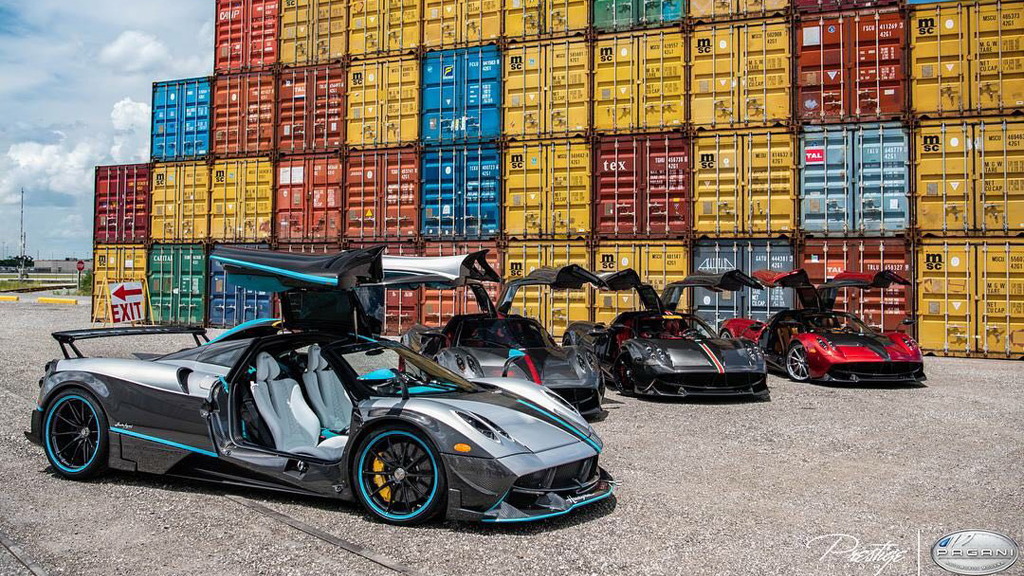 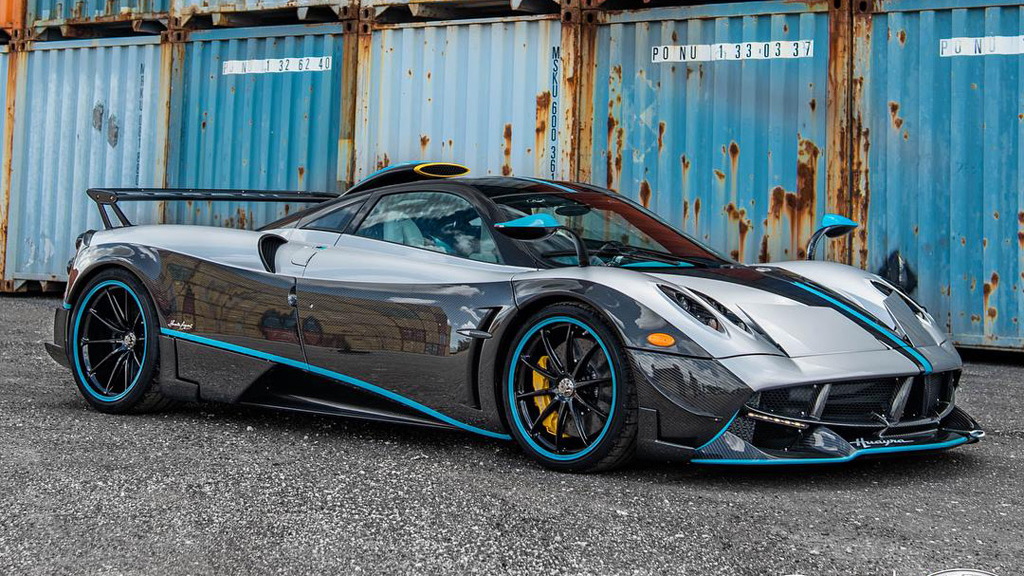 Pagani calls this it's final Huayra coupe. The nickname L'Ultimo has even been applied, which translates to "The Last" in Italian.

Yes, this is the 100th Huayra built, and it's a tribute to Formula 1 world champion Lewis Hamilton, who in a recent interview said Pagani's first car, the Zonda, is "terrible to drive."

Miami-based luxury car dealer Brett David is the owner and he commissioned the car to mimic the appearance of Hamilton's Mercedes-AMG F1 livery. On the outside, you can see the clear ode to the F1 racer. The silver, black, and teal work well together just as they do on Hamilton's car. It's a livery that makes sense on the Pagani too, considering that both it and the F1 car use AMG powerplants.

Hamilton has the horsepower edge, as his Mercedes-AMG F1 W08 EQ Power+ produces about 1,000 horsepower thanks to a bit of help from electrification. Brett David will have to make do with just 789 horsepower, solely from a 6.0-liter twin-turbocharged V-12.

Sitting in the showroom at David's Prestige Imports in Miami, the car when its doors are up gives you a great glimpse at the carbon fiber employed inside and out. It's everywhere and helps keep the car light, which in turn lets you make better use of all the horsepower on offer.

Out back, the rear wing is a unit specific to this Huayra only. There are active aero elements that work alongside the large spoiler to force the car into the ground during high-speed activities. A central fin is also visible, which enhances high-speed stability. The car has many more elements that help it stand out from other Huayras. Bespoke is the name of the game on L'Ultimo.

Note, Huayra production isn't officially over. Pagani is still building the Huayra Roadster. We also don't believe that this here is actually the last coupe that the Italian firm will build. There have been countless "final" Zondas produced, and we suspect the Huayra will have a similar extended production run. With enough cash in hand, you'll probably convince Pagani to build one more Huayra coupe.

For now though, L'Ultimo is one heck of a way for Pagani to wind things down as it embarks on a successor to the Huayra.