It's been 10 years since Lexus adopted the letter "F" to designate the brand's most performance-oriented models, and to celebrate, a special LFA will be unveiled this weekend at Belgium's 24 Hours of Spa.

The Lexus LFA art car, with a livery designed by Portuguese artist Pedro Henriques, also celebrates the first time Lexus will race at Spa; the Emil Frey Lexus Racing team will field two Lexus RC F GT3s as it continues its first full season of the 2018 Blancpain GT Series, whose highlight is the Spa endurance race.

As for the LFA art car, it's...not as dramatic as we'd like. Lexus said the car features an "organic pattern expressing the feeling of movement and constant evolution." We're not artists, but the art car's graphics look like basic vinyl shapes easily applied in a video game. There's really no rhyme or reason to the lines or shapes, either, and the car looks rather plain from certain views in its standard white exterior color. 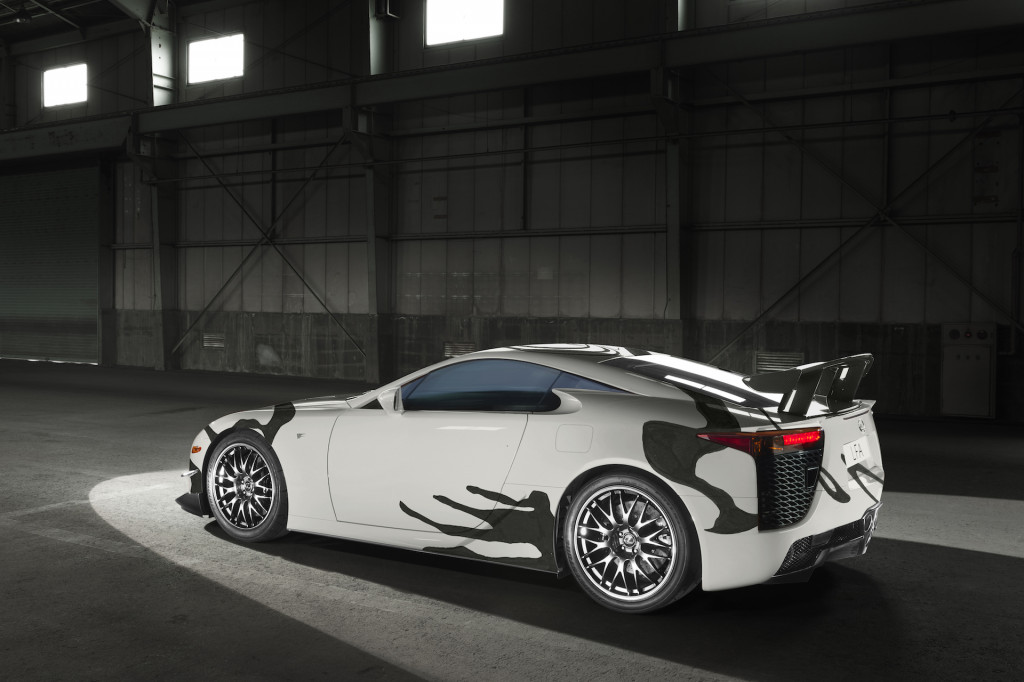 Some areas sport jagged shapes and hard lines, while other spots are curved and fluid. Henriques explained his design and said, "The lines in the drawings follow this feeling of going everywhere and never stopping; a progressive life. I wanted to reach an organic feeling by using handmade material and liquid lines in the elements spread through the car. By doing this I hope to express a feeling where the car becomes a less defined shape, in constant mutation in its movement."

We simply think Lexus' first, and so far only, supercar (with a screaming V-10 engine to boot) deserves much more.

The LFA art car will join the on-track vehicle parade on July 28 ahead of the race's start and before the RC F GT3 racers push for a podium finish.