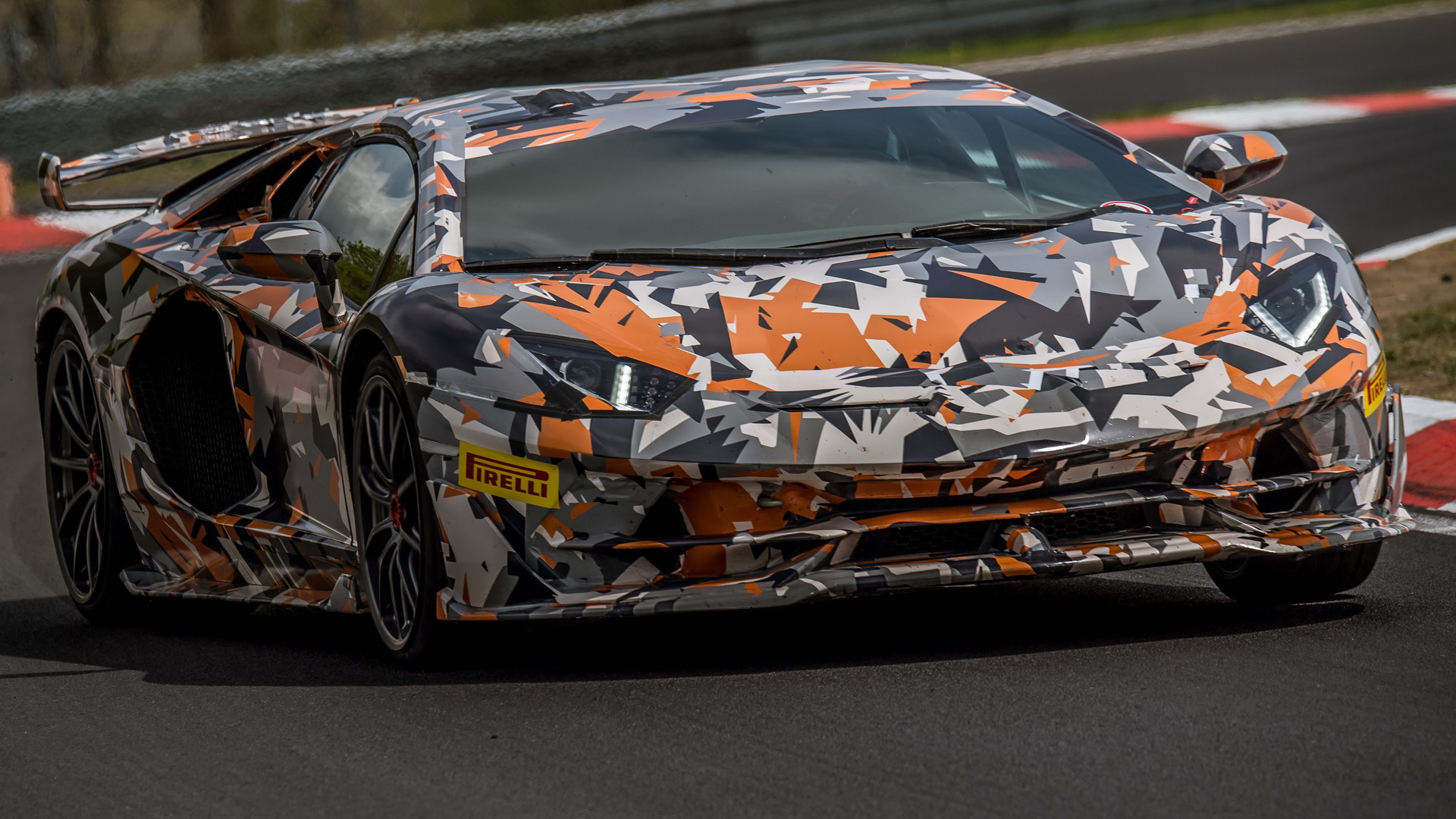 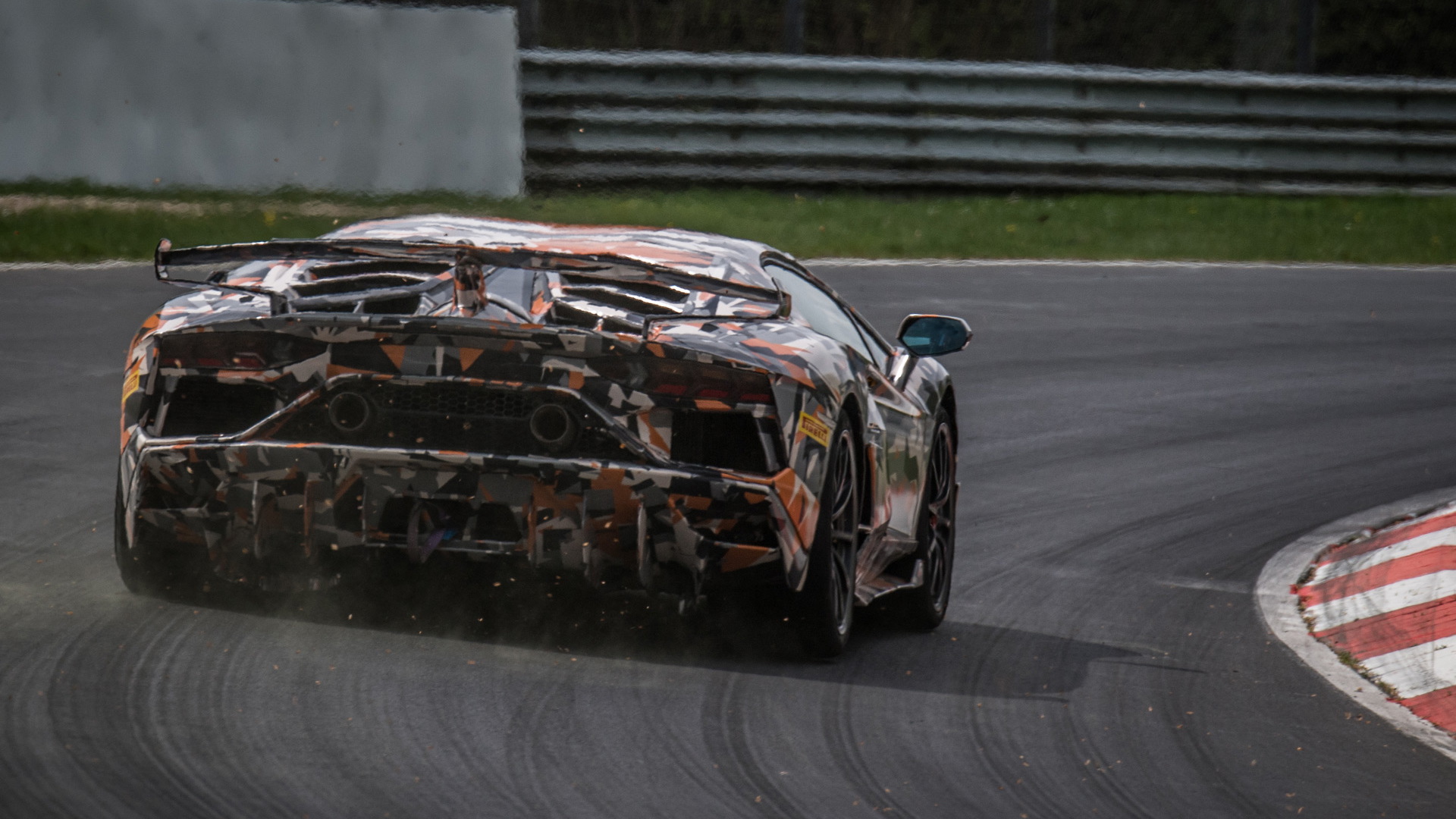 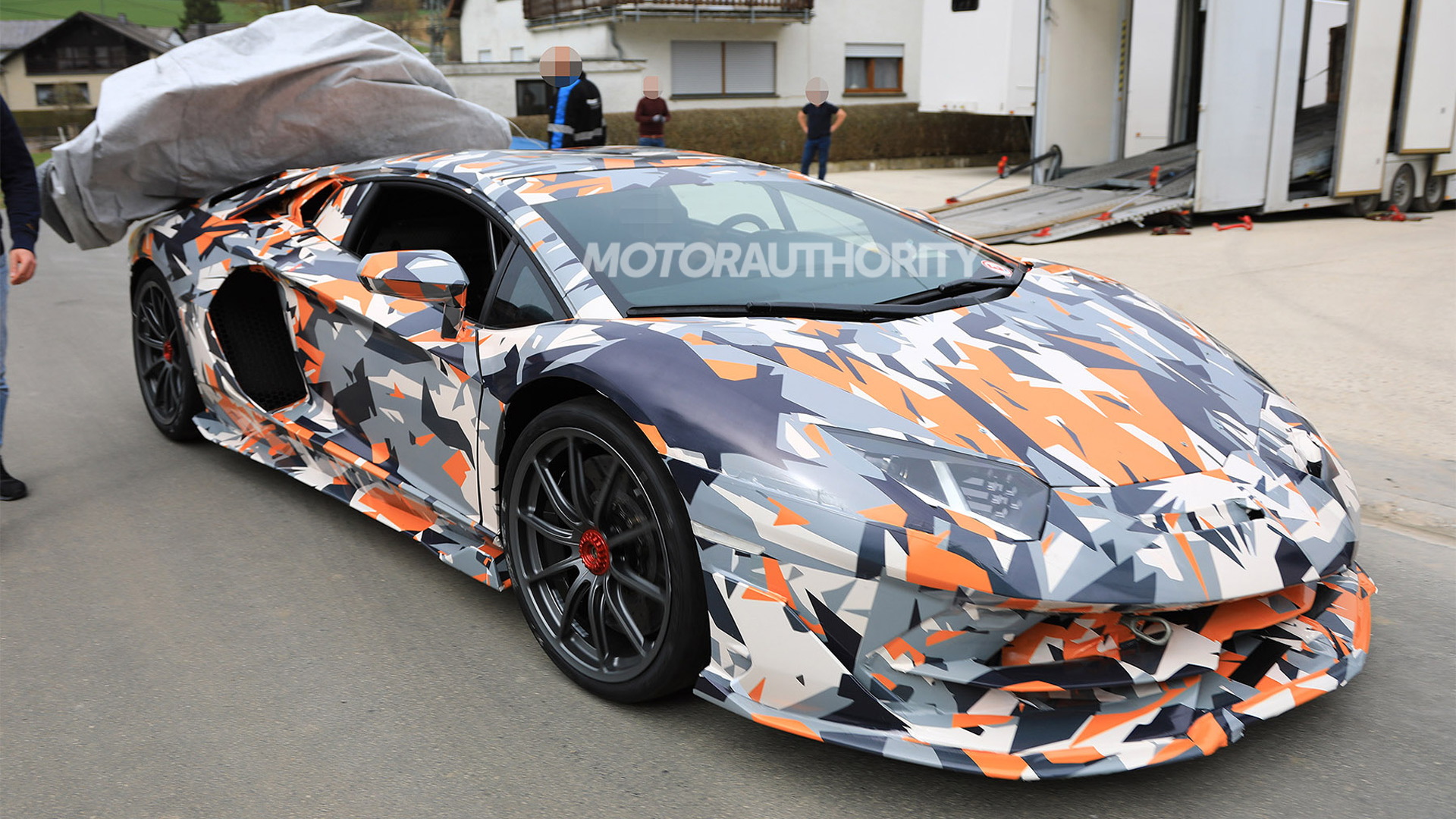 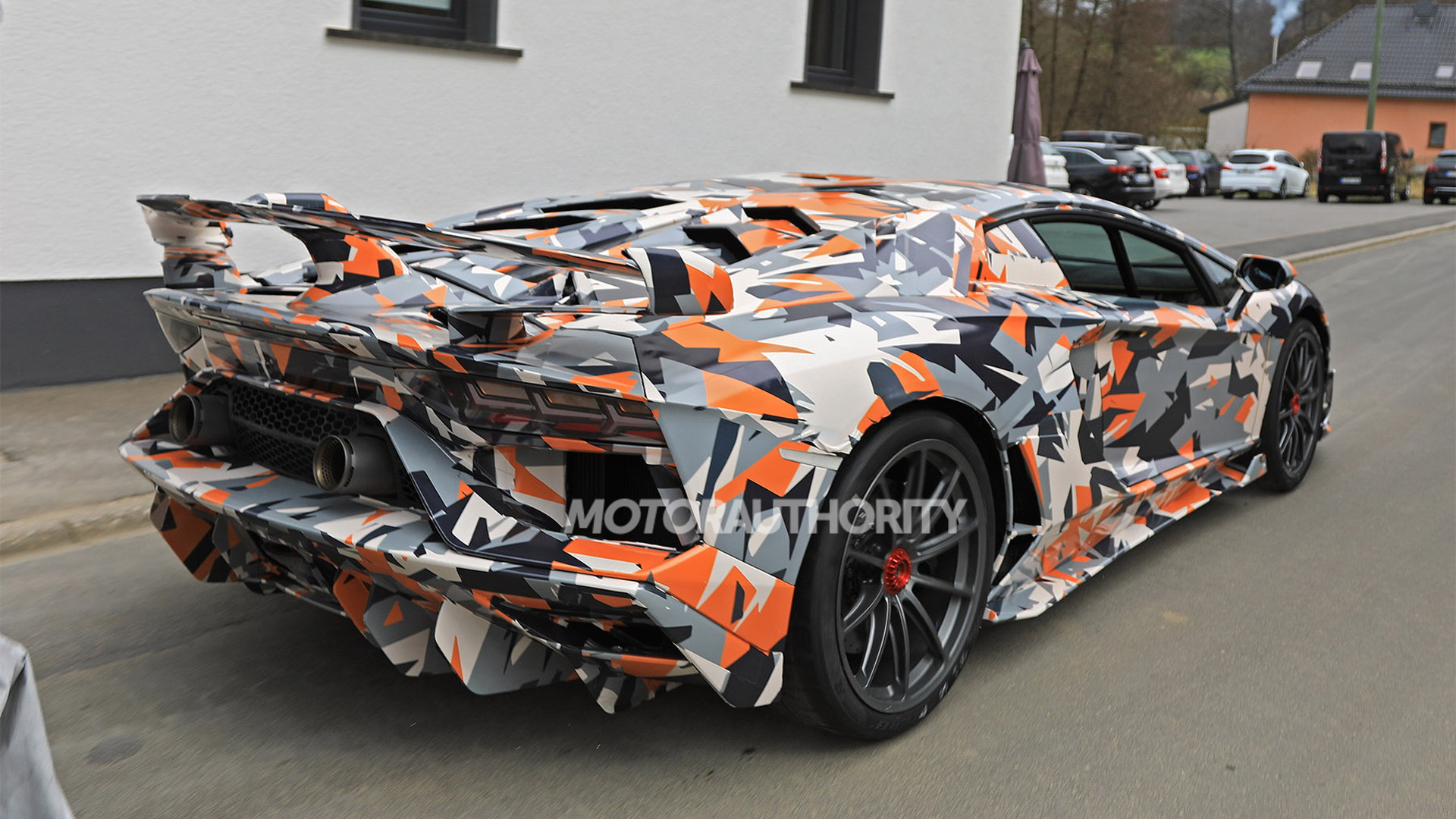 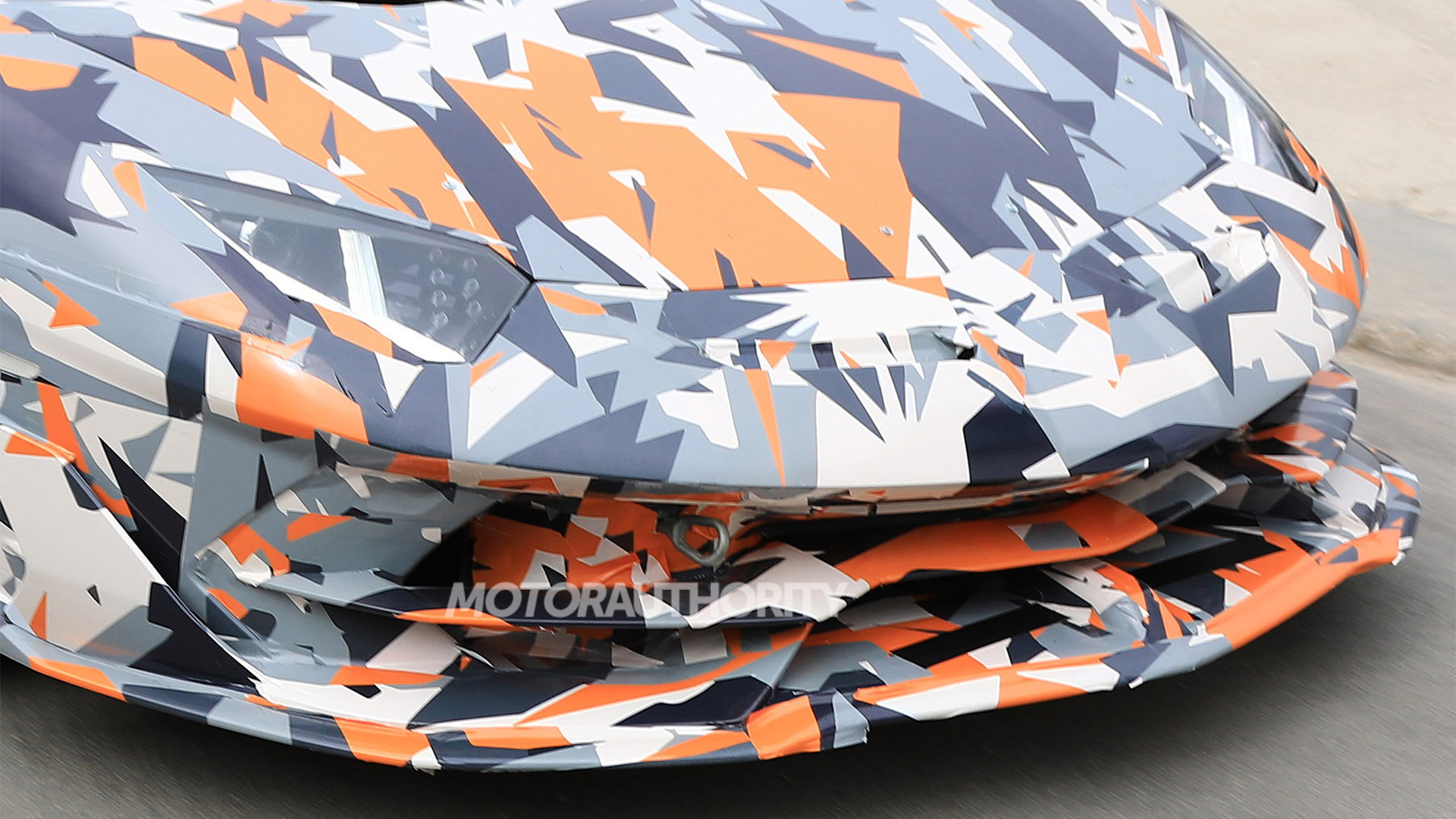 Lamborghini's new Aventador SVJ doesn't make its debut until next month's 2018 Monterey Car Week but details on the car are already starting to surface.

On Thursday we learned that the car has set the new production car lap record at the Nürburgring, with Lamborghini tester Marco Mapelli managing a 6:44.97, or more than 2.0 seconds less than the previous record of 6:47.3 set by a Porsche 911 GT2 RS last September.

The folks at Top Gear magazine also posted Thursday a drive report of an Aventador SVJ prototype, and in it are additional details about the car.

For instance, the peak output from Lamborghini's 6.5-liter V-12 has been dialed to 760 horsepower and 531 pound-feet of torque, up 20 hp and 22 lb-ft on the Aventador SV's numbers. This was achieved by new titanium intake valves and ducts, new intake runners, and a new exhaust with reduced backpressure, per the Top Gear report.

We also learn that the car's dry weight is 3,362 pounds, which is similar to the Aventador SV. However, weight-saving measures were still needed to compensate for new features on the car, such as the Aerodinamica Lamborghini Attiva (ALA) active aerodynamics system featuring at both the front and rear. The system relies on channels and electric motor-controlled flaps to adjust airflow around and through the car to control drag and downforce levels.

On the Aventador SVJ, a pair of flaps feature in the front splitter and close off to maximize downforce or open to disrupt airflow. The same principle works at the rear where there are channels in the rear wing and an electric motor-controlled flap at either end. As the teaser video above reveals, the air enters the rear wing channels via a single intake above the engine bay. Maximum downforce is 1,080 pounds.

We also know that the electronic systems of the Aventador SVJ's all-wheel drive, rear-wheel steering, and traction and stability control have all been tuned for improved performance as well.

Stay tuned as Lamborghini is likely to reveal more on its new flagship in the lead up to the car's appearance at Monterey Car Week, which runs from August 18-26 and concludes with the prestigious Pebble Beach Concours d'Elegance. For more coverage, head to our dedicated hub.