In May we learned that Bugatti held a private preview showing of a new Chiron variant in Los Angeles, with one of the people claiming to have attended the preview describing the car as “controversial” and “pretty limited.”

Bugatti on Tuesday finally confirmed the car as the Chiron-based Divo and said the reveal would take place on August 24 during The Quail, A Motorsports Gathering, one of the highlights of Monterey Car Week. A teaser shot also hints at the shade of French racing blue that will likely feature prominently on the car.

Bugatti describes the car as a coachbuilt special “built for corners.” This ties in with rumors that it will be a hardcore model designed for track use. The rumors suggest the car will feature a racing transmission, reduced weight and most likely downforce generating aero. Don't be surprised if the car ends up looking a little like Bugatti's Vision Gran Turismo concept (shown below) unveiled in 2015 to preview the Chiron. 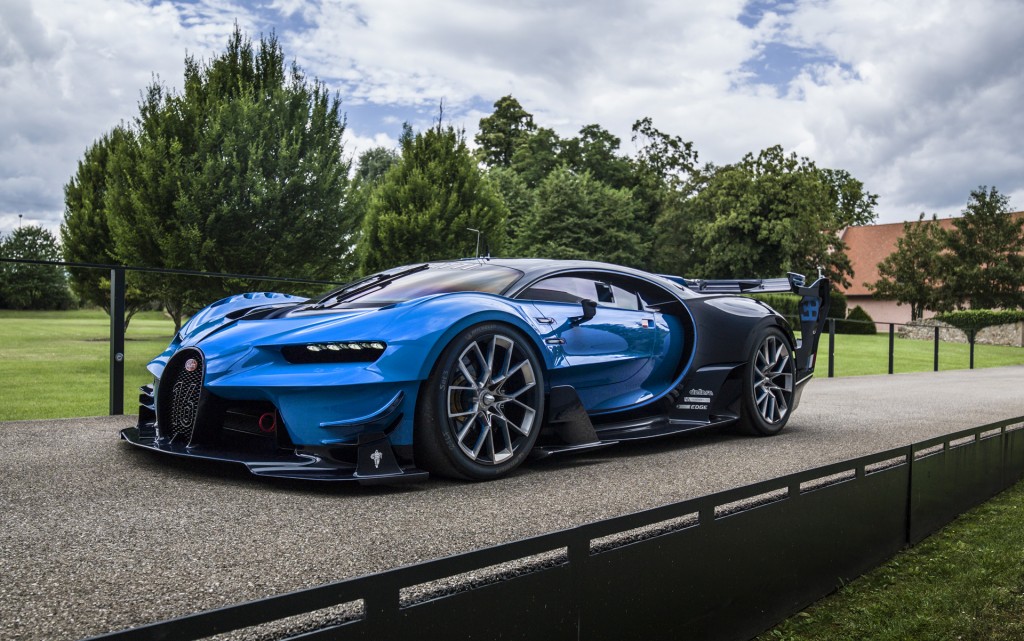 The new aero package is likely the reason for an expected reduced top speed of 239 mph, which compares with the Chiron's governed top speed of 261 mph. Peak output is expected to match the regular Chiron's 1,480 horsepower, but acceleration is said to be improved in the Divo so we could be looking at something quicker than the 2.5 seconds it takes the Chiron to hit 62 mph.

Just 40 units are expected to be produced, meaning the car will account for less than one tenth of Chiron production, unless Bugatti is planning a separate allocation to the 500-car planned run of Chirons. And apparently all build slots have been sold despite a rumored price tag of $5.8 million, or roughly double the price tag of a Chiron.

Monterey Car Week will run from August 18-26 and conclude with the prestigious Pebble Beach Concours d'Elegance. For more coverage, head to our dedicated hub.