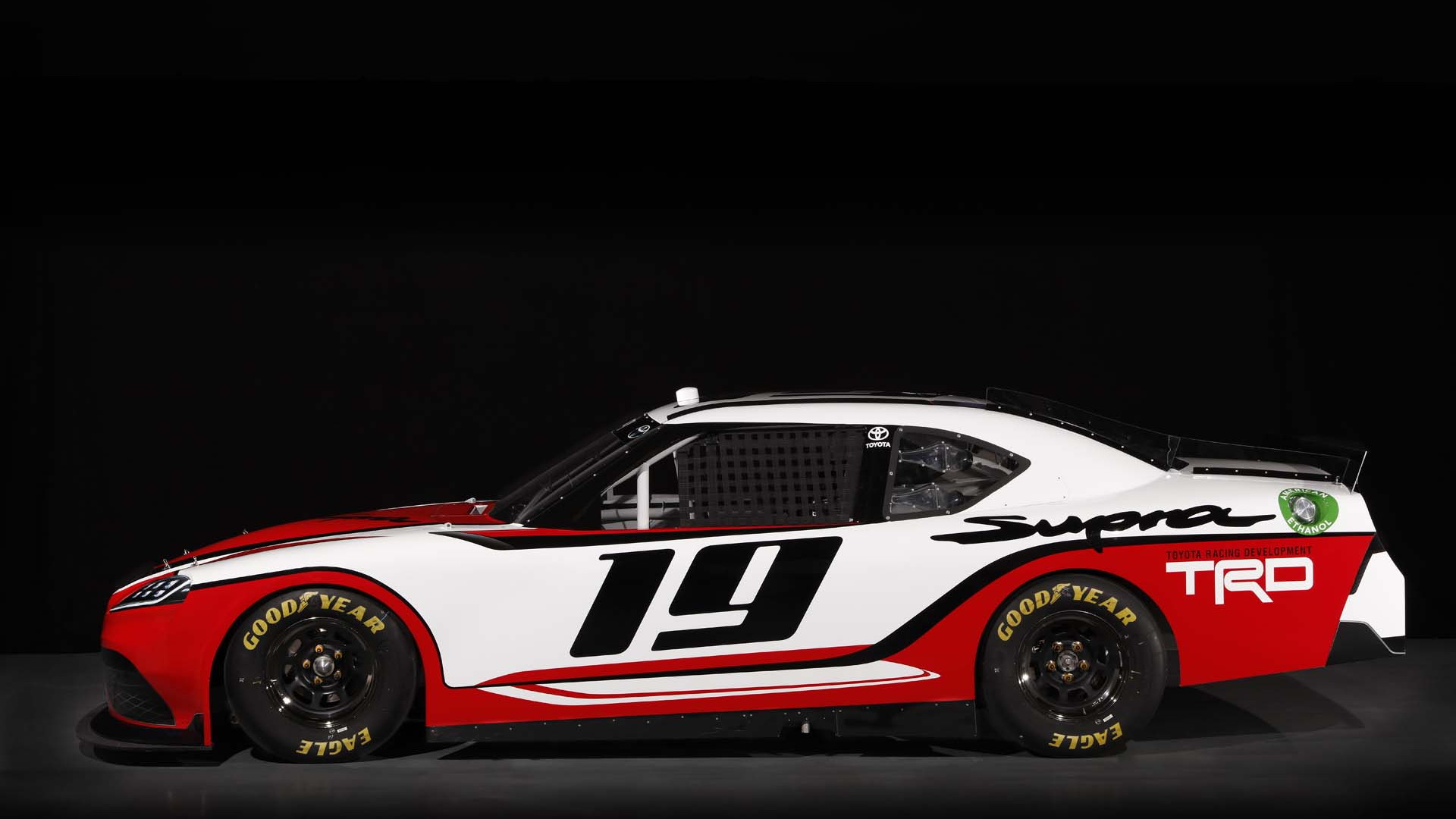 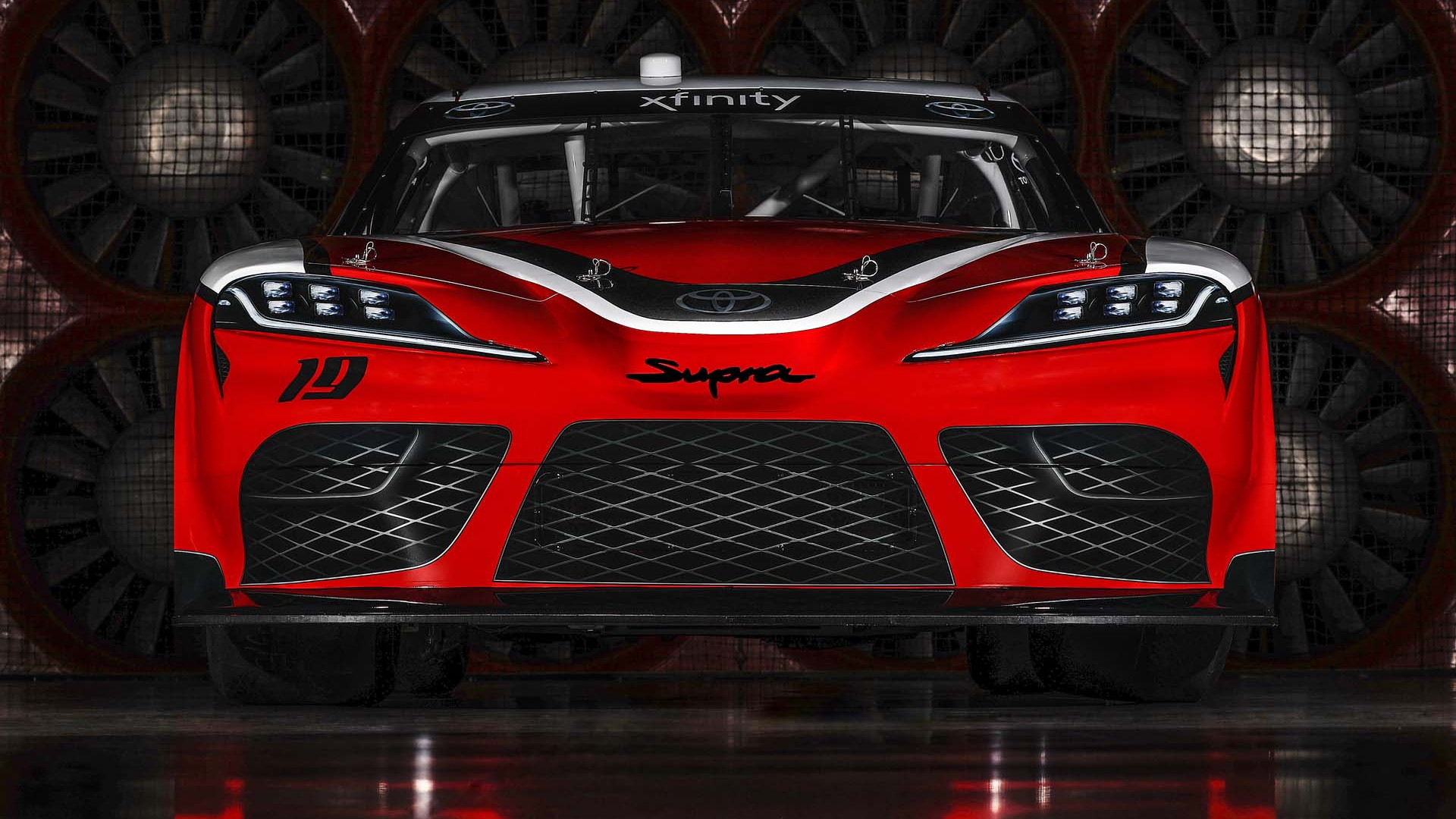 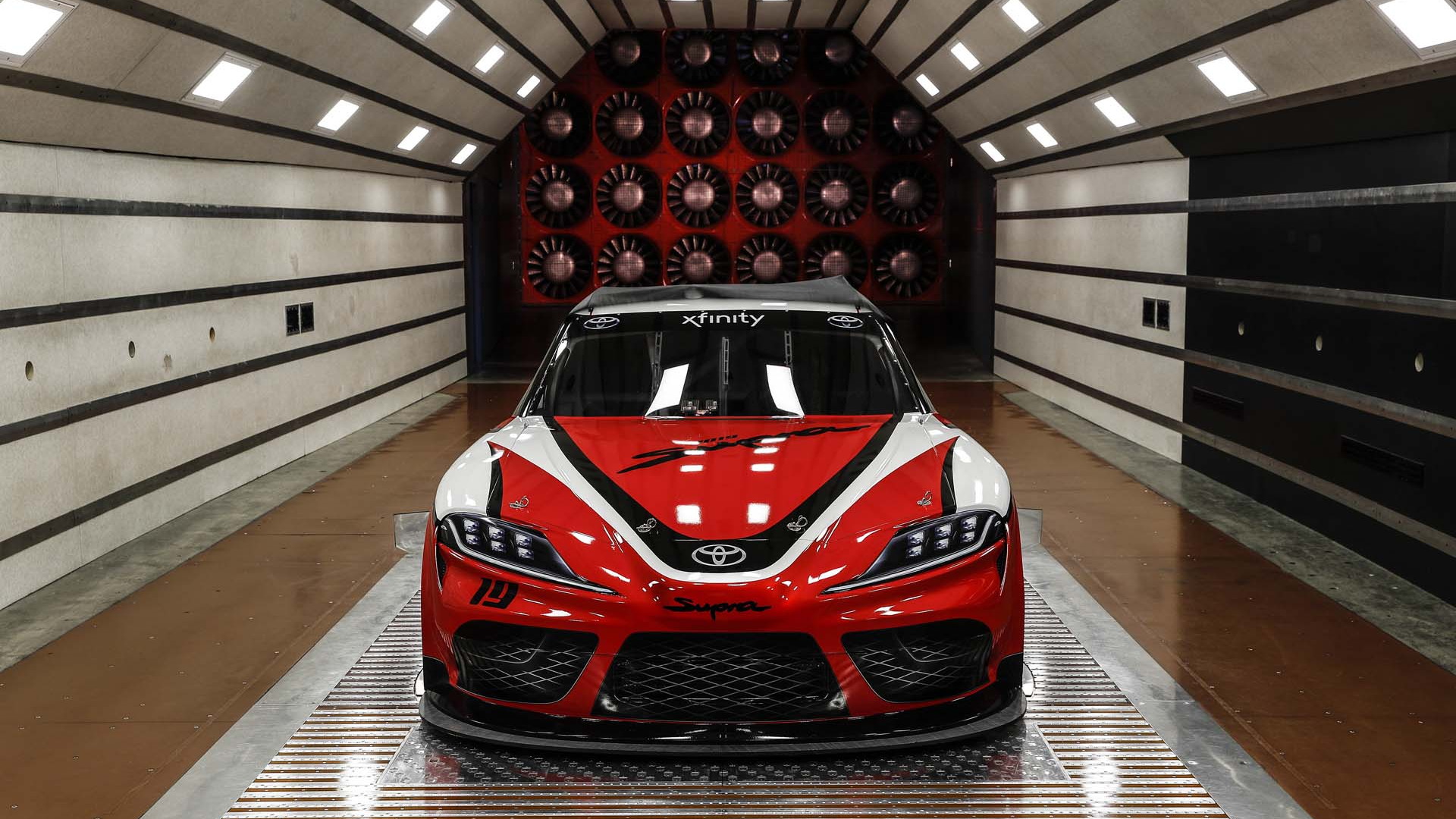 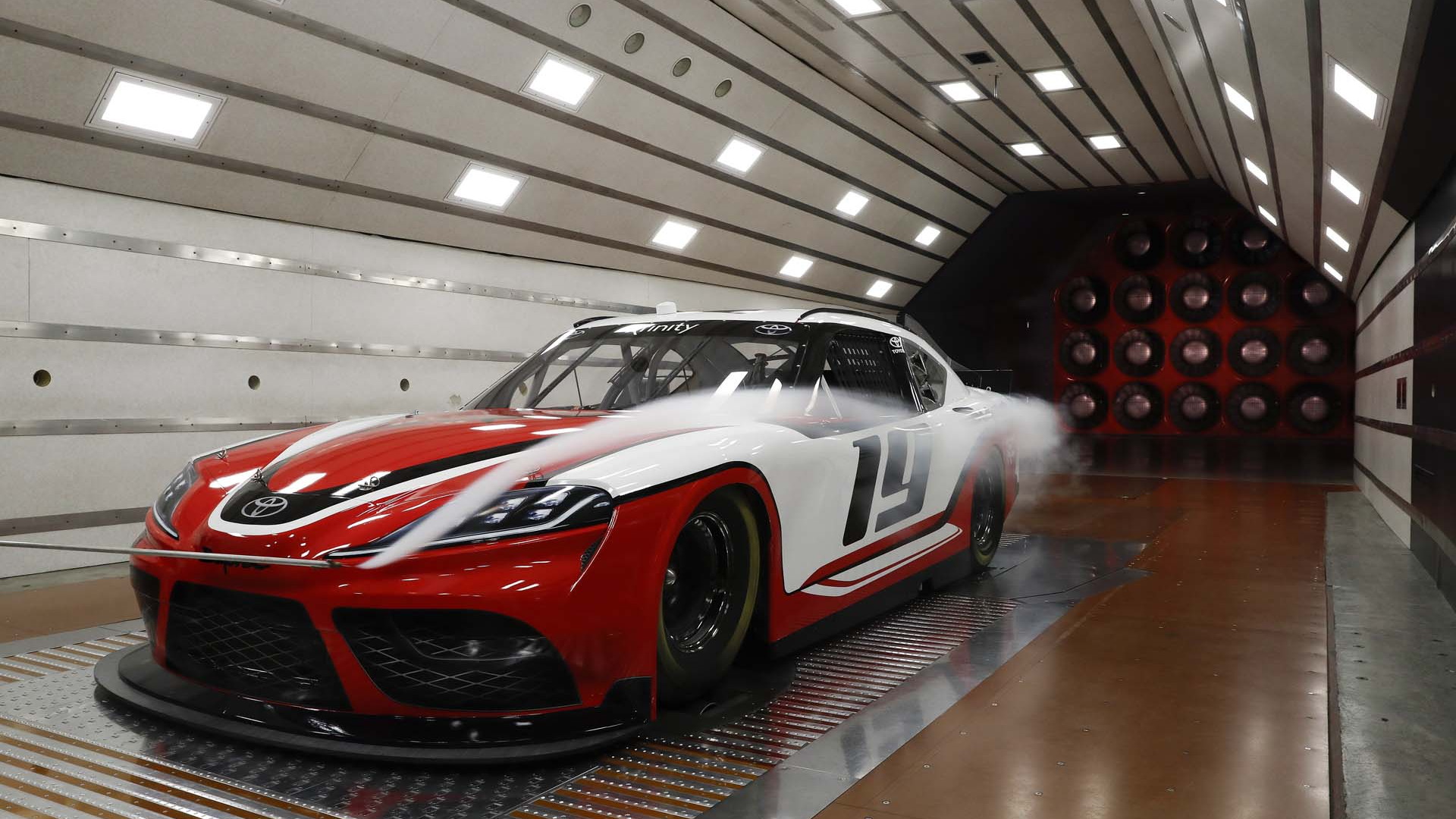 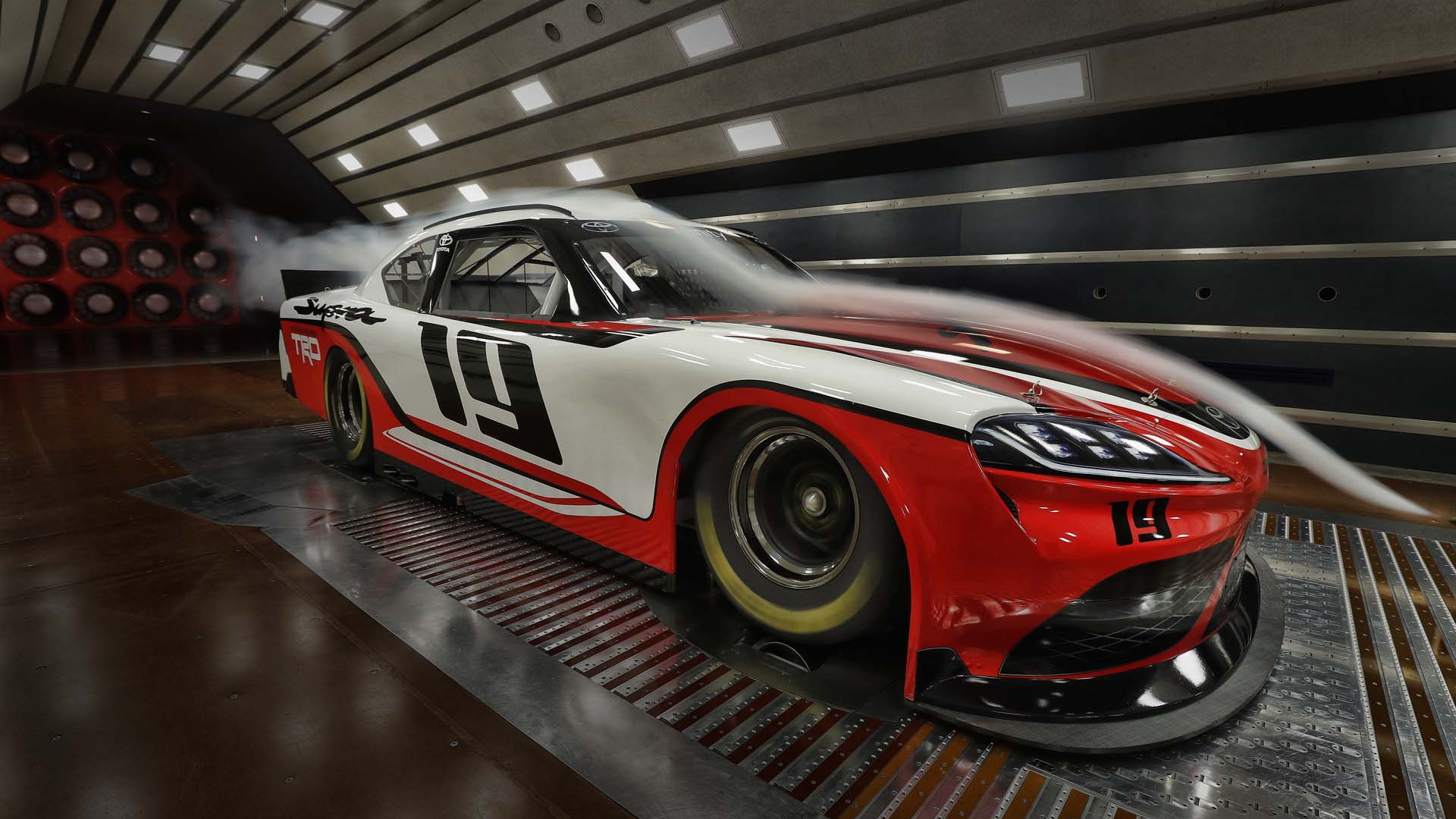 A week before our peek at the new Toyota Supra all the way in the U.K., race fans in America got their first look at the Toyota Supra heading to NASCAR.

Like Ford's Mustang and Chevy's Camaro in the same series, the Supra you see above shares very little in common with the production Toyota coming soon—F-16s and city buses probably have more in common. Still, with a Toyota badge planted up front and the Supra's now-familiar grille, it's a little more visually exciting than the current Camry racing in America's most popular motorsport series.

According to Toyota, the team at Calty Design Research studio in Newport Beach, California, started work with TRD in nearby Costa Mesa on the Supra race car last year.

DON'T MISS: Everything we know about the 2019 Toyota Supra so far

“We’ve had tremendous success working with Calty to develop race cars that match the look, feel and excitement of their showroom counterparts,” David Wilson, president of TRD, said in statement. “We’re confident Calty and TRD have developed another race car, Supra, that is capable of winning races and championships. For Supra to be racing in NASCAR just speaks to how important this vehicle is to us, and that we believe Supra can be a bona fide championship winner.”

So, yeah, the Supra has big shoes to fill.

Toyota didn't say what's under the racing Supra's hood Thursday, but we imagine it's a beefy V-8 and 4-speed manual sending power to the rear wheels because NASCAR.