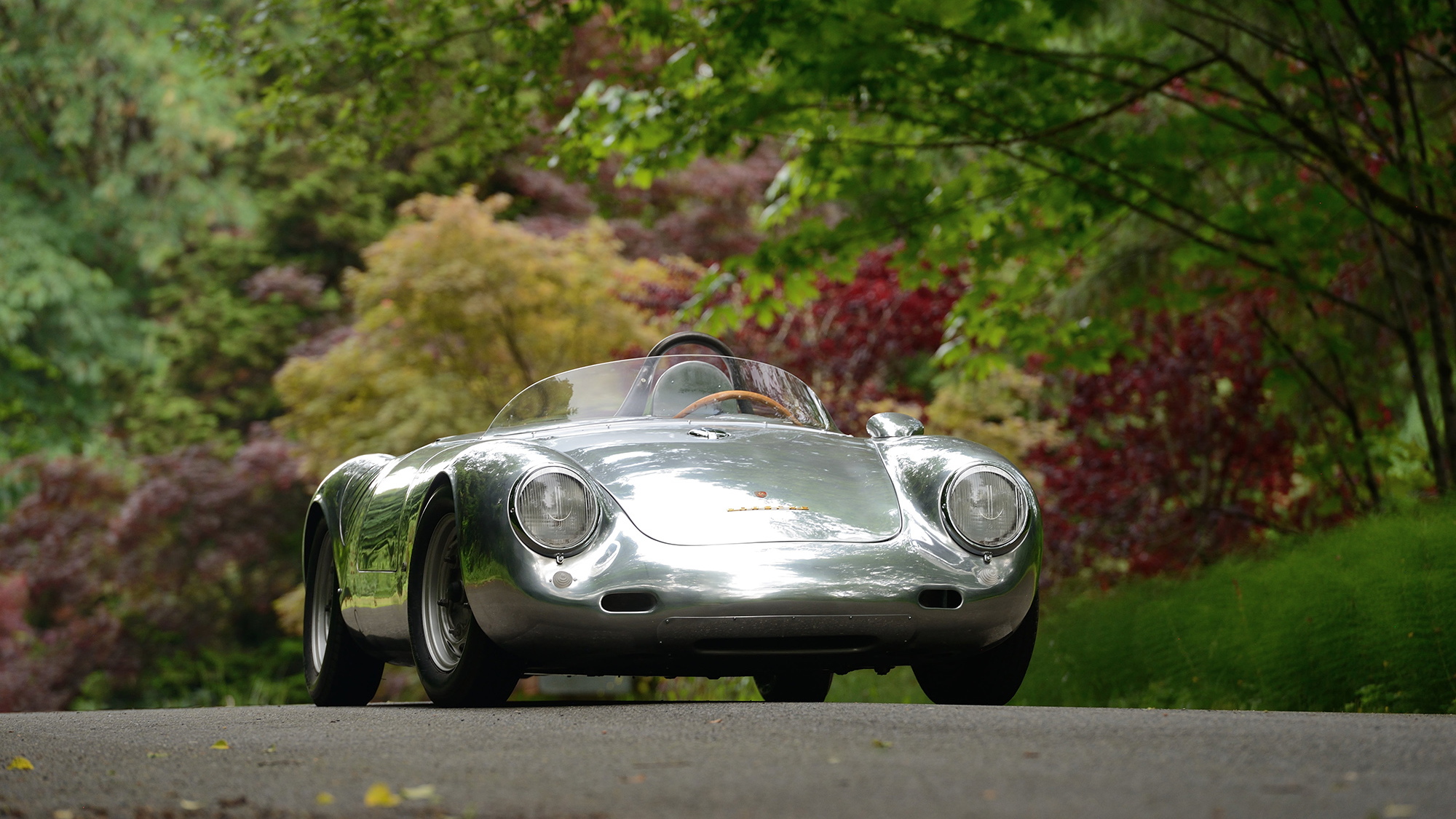 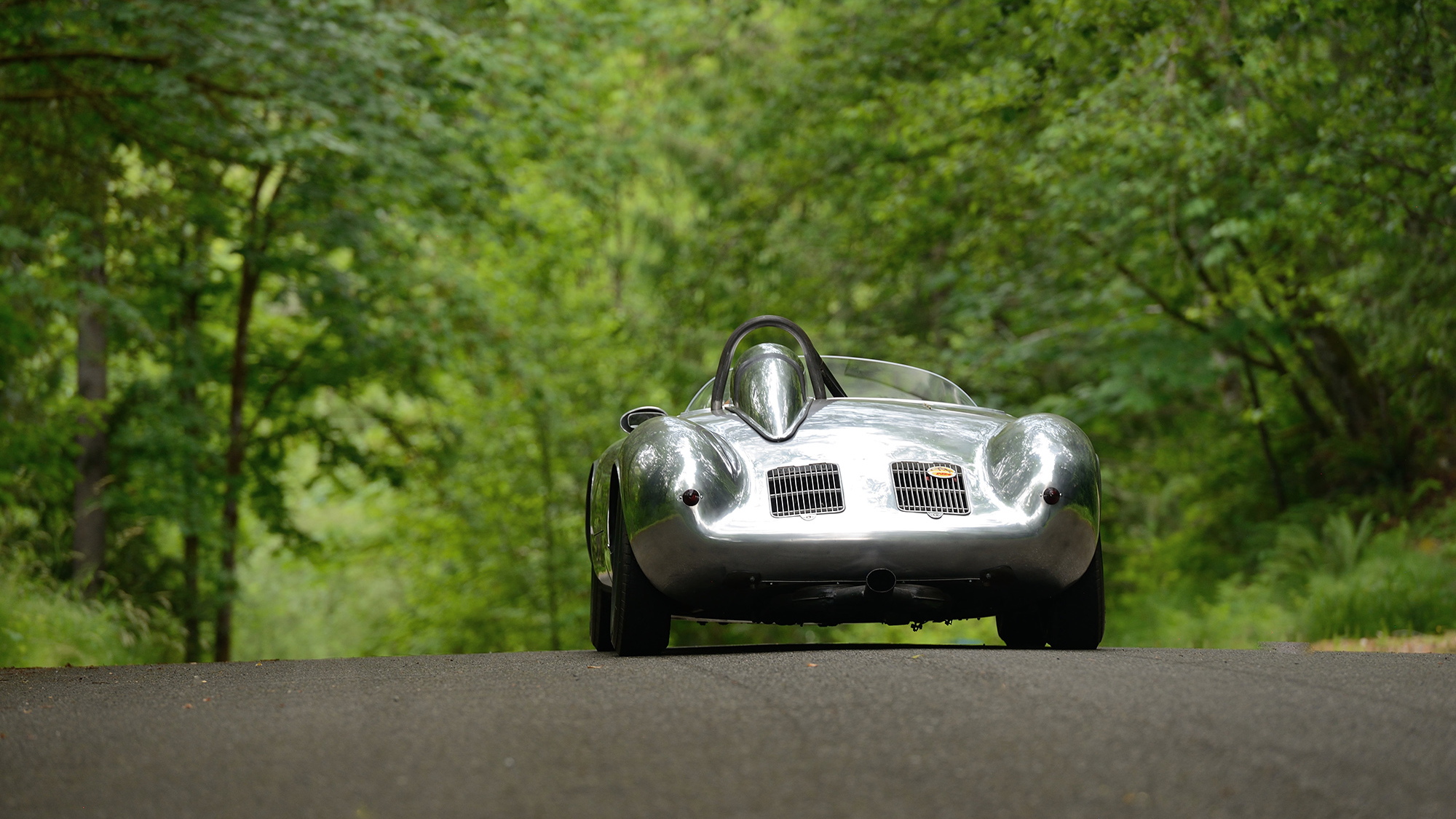 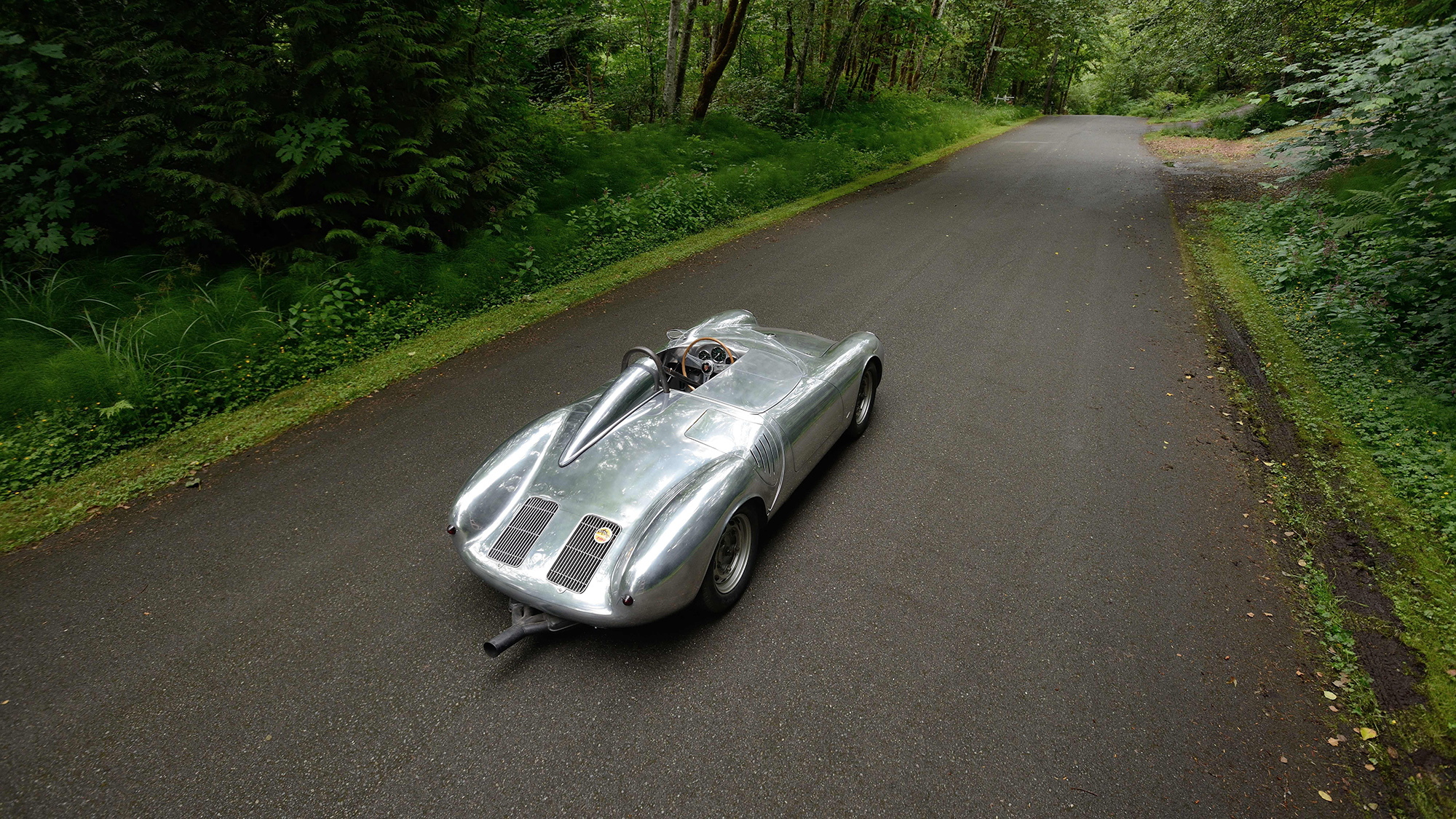 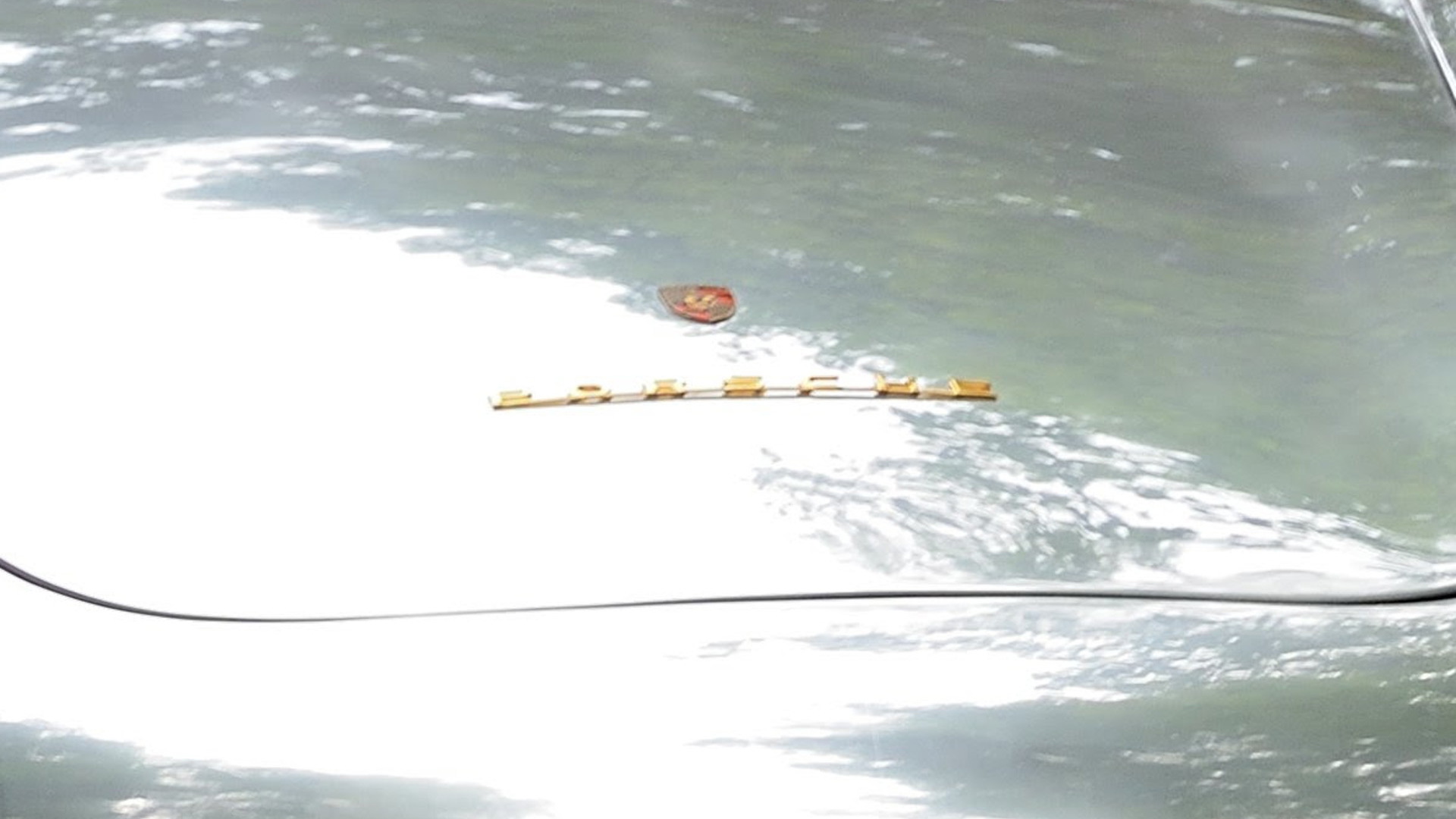 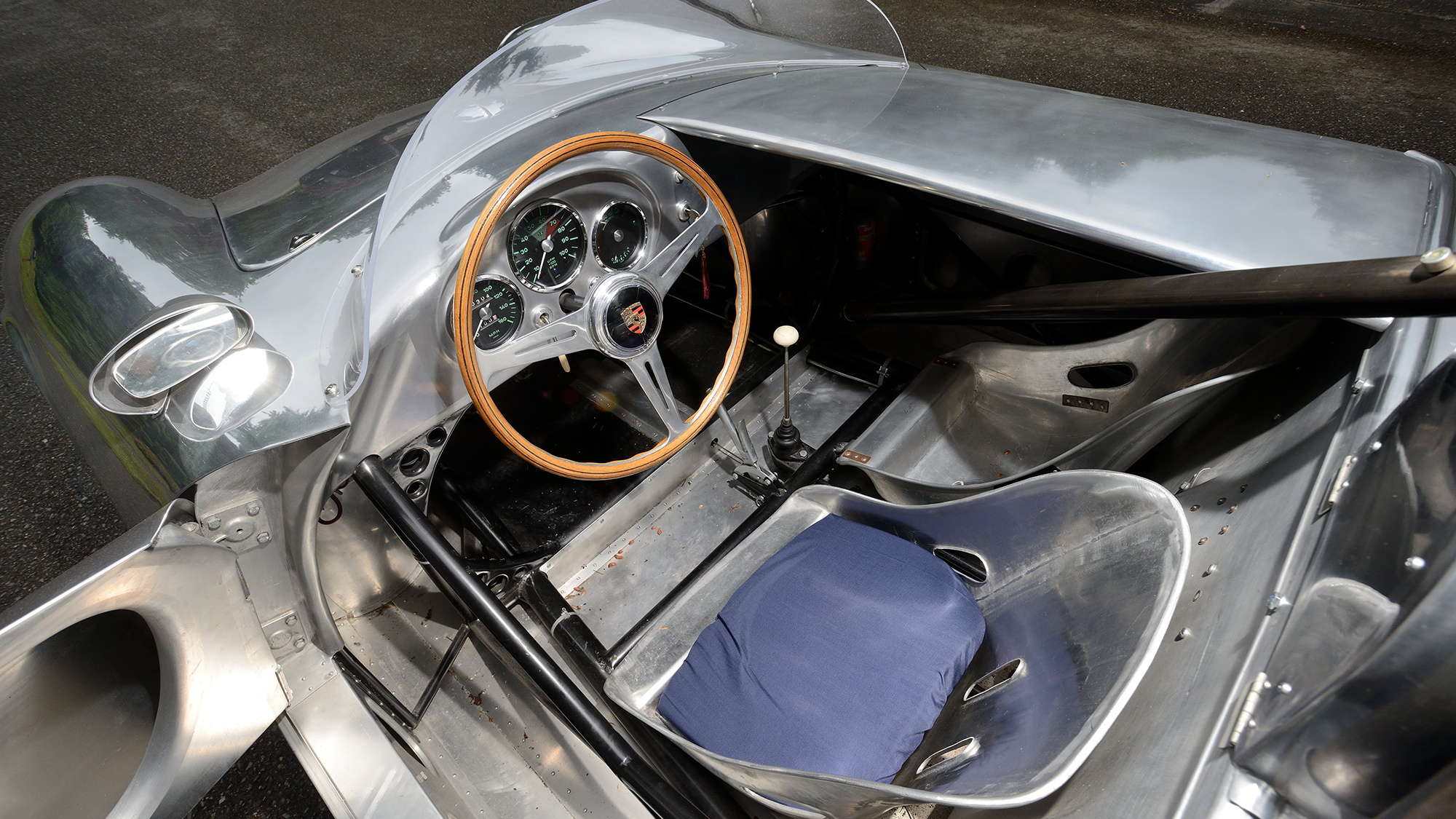 The season of wickedly expensive auction items is upon us. Monterey Car Week is just over a month away, which means a number of big ticket items are being buffed and shined for their time under the bright lights of the auction block. One to keep an eye on will be this 1958 Porsche 550A Spyder headed to Mecum's auction, as it's a race-winning example and one of just 39 ever built.

Originally driven by Austrian Ernst Vogel (no, not the Ernst Vogel who Indiana Jones punched out of a Zeppelin for lack of a ticket), this very 550A Spyder achieved three racing wins during its first year of operation. It was also used for an attempt at a top speed run down the Salzburg motorway. There, Vogel drove the car to an average speed of 135.27 mph over the course of a kilometer.

Once Vogel moved on from the 550A Spyder, it wound up being shipped to a Connecticut Porsche dealer and racer. After some time spent being lapped at SCCA events, the car changed hands a few more times before it wound up in a warehouse. In 1984, that's where the current owner found the car and decided to undertake a lengthy restoration to return it to its former glory.

A sister car was acquired by the team tasked with rebuilding the body. This second 550A served as mold from which a wooden buck was created, and it was that template that allowed the builders to recreate a fresh skin for the original car. But this isn't a Porsche 550A Spyder that's been totally rebuilt with different parts. In fact, it still wears all four of its original wheels and even has the original spare. The steering wheel is the same VDM wood-rimmed tiller placed on the car before it left the factory.

Since it's been fully restored, the car has seen just 600 more miles added to its odometer. That's not a ton for the work of art that is the four-cam flat-4 set out back. Backed up by a Porsche five-speed manual transmission, this 1958 Spyder would certainly sound and drive like the legend that it's become.

Any legendary car requires a legendary amount of money as a barrier to entry. This one will be no exception. Another of that original run of 39 cars recently sold at a Bonham's auction. The hammer price was a cool $5.17 million. That car saw a podium finish at Le Mans, however, so the car shown here could be had for a little bit less.

Not much less, though.