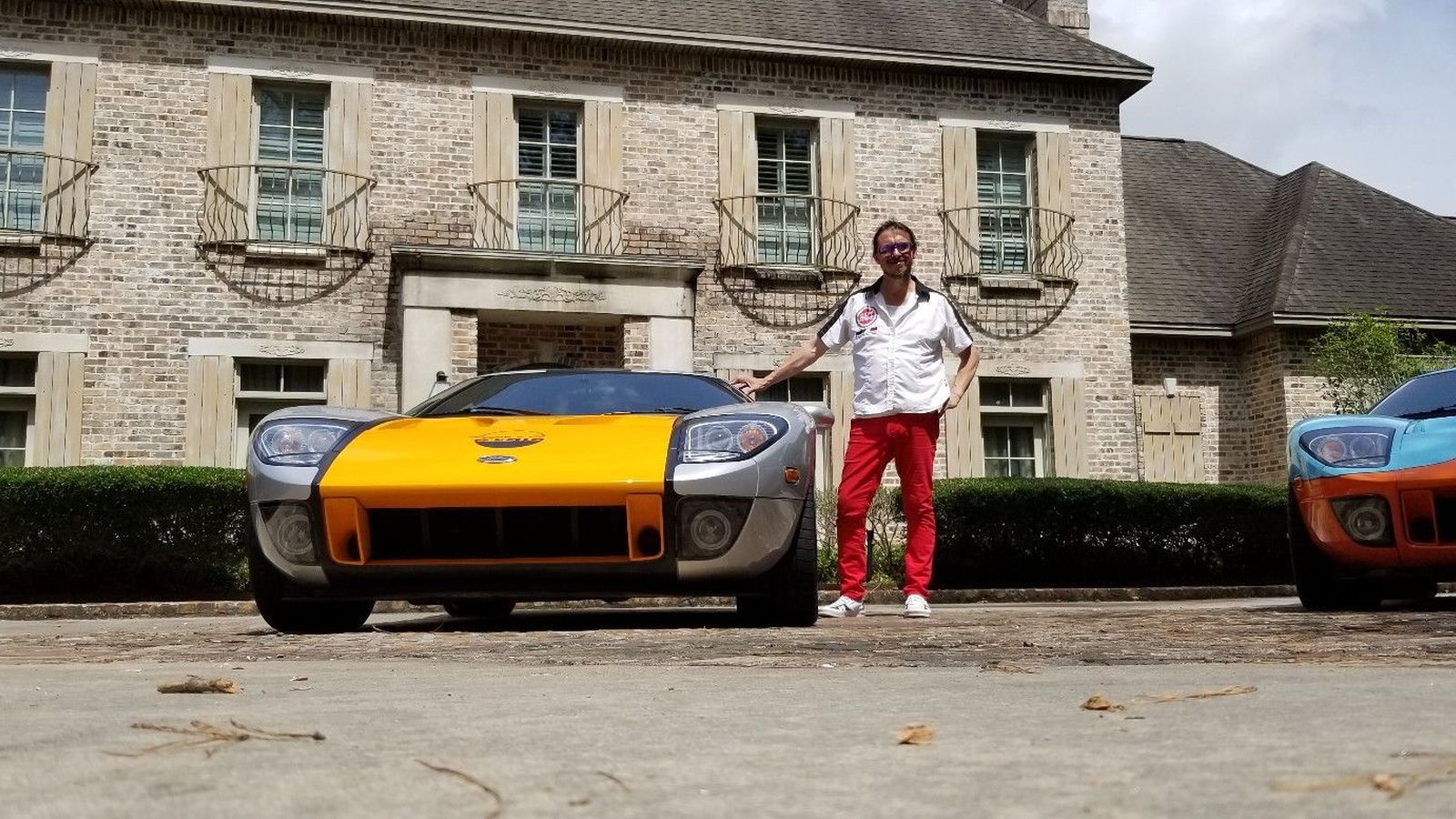 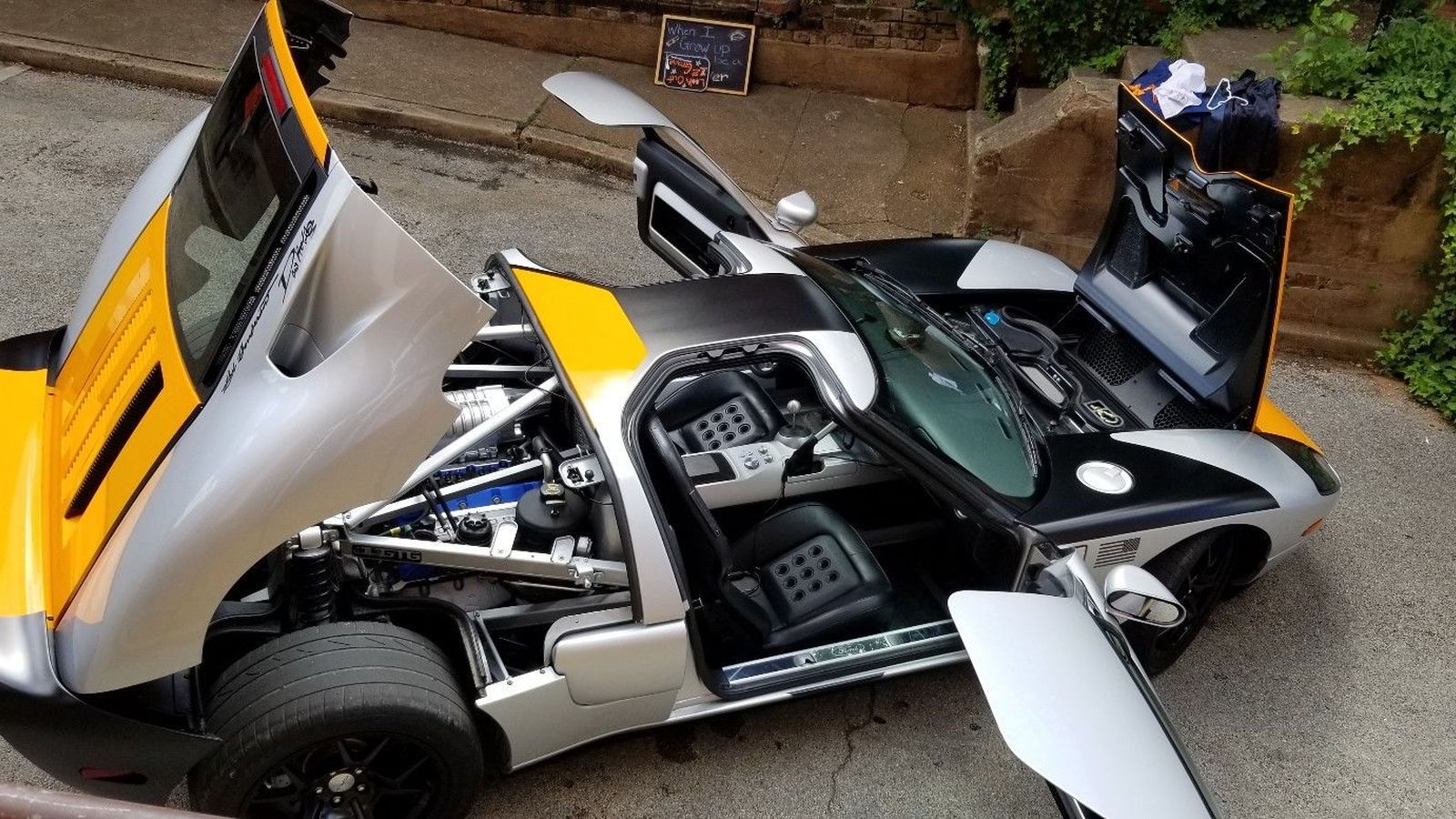 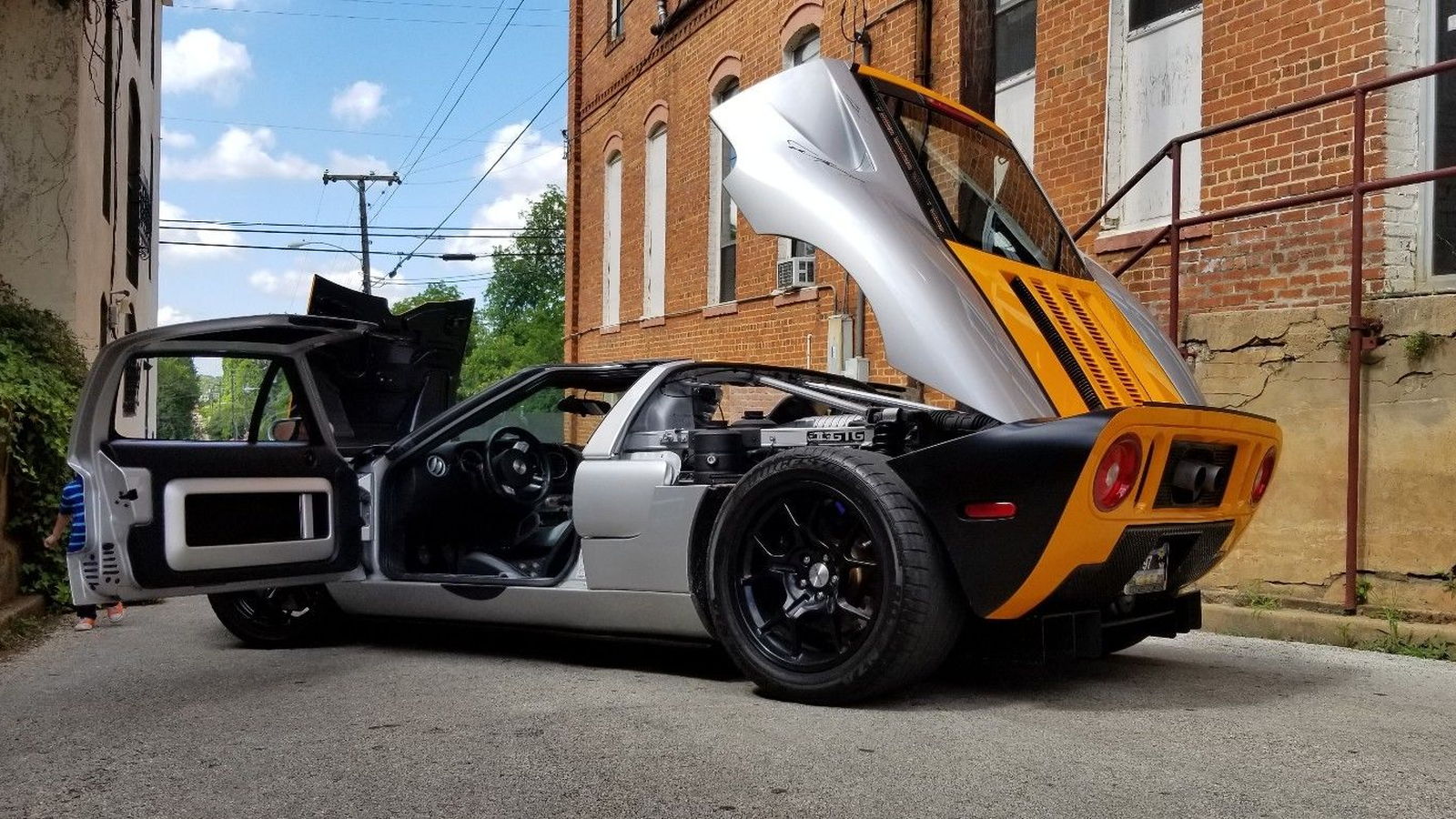 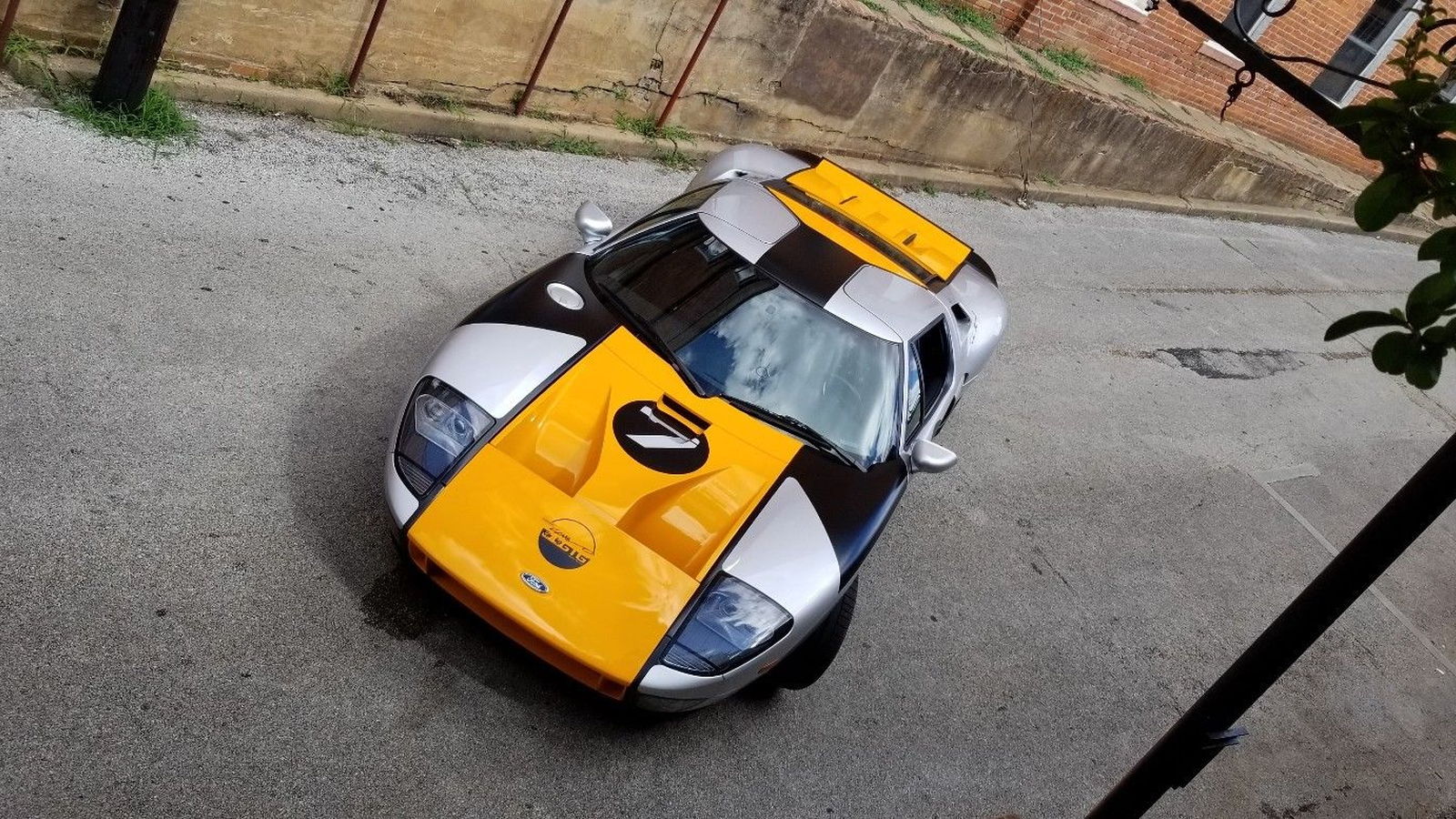 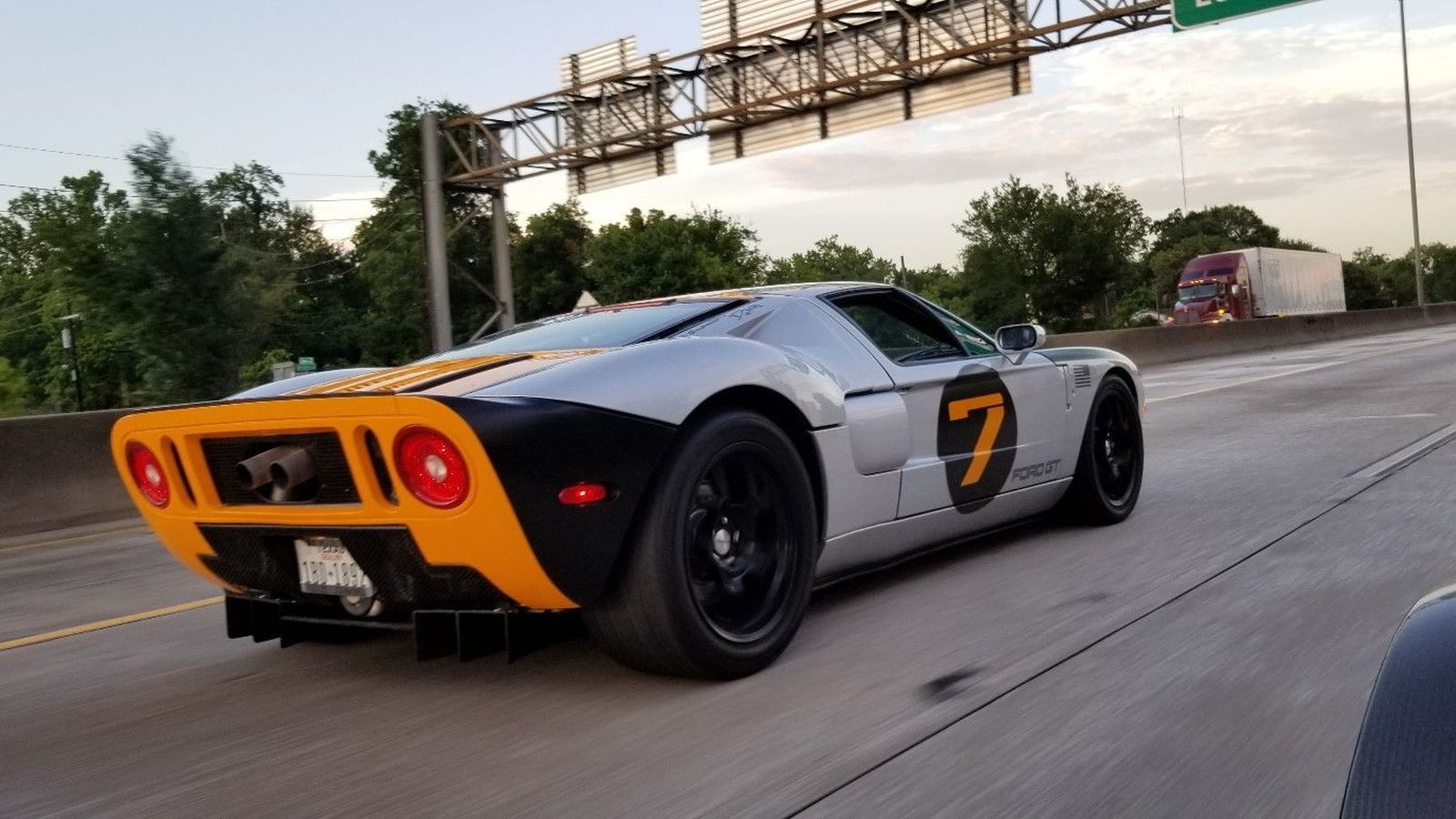 Ford had to pick you if you wanted the privilege of spending half a million bucks on a the current Ford GT. That wasn't the case with the 2005-2006 generation of the car. Should you find an earlier example for sale, you should still expect to dish out maximum dough as the value of the original 4,038 examples built has been rising steadily. One of those cars is for sale on eBay right now, and it's rather special as it is owned and customized by Ford GT chief designer Camilo Pardo.

It's referred to as the SOLAR7 Ford GT and it bears a livery designed by Pardo himself. It's fitting that he'd apply his own artwork to the car, since the car is also Camilo's piece of automotive art. Pardo grew up dreaming to be a fine artist, and he accomplished that goal. He also attended automotive design school and became a car designer. When Ford wanted to create a vehicle to honor its GT40 race cars from the 1960s, it was Pardo who was tapped to lead the design team.

Listed for sale on eBay with a Buy-It-Now price of $449,980, Pardo's GT is a two-owner car with 15,598 miles on the odometer. Pardo purchased the GT from an individual in Texas and proceeded to add 10,000 miles of those miles on many a road trip around the country.

Now, he's given the car over to a dealer to sell so he can secure the funds to acquire a 2018 Ford GT. We can't blame him for that as the new car is a truly super machine. Still, the original with its supercharged 5.4-liter V-8 engine and manual gearbox is certainly something special, and this one is a special car among special cars.

That asking price is in line with clean first-generation Ford GTs. As the new version came to market, the values of the earlier cars began to climb. Add in Pardo's stamp, and literal signature, and it should be one of the more expensive Ford GTs. Beware that this car has been in an accident, though it was rebuilt by a shop that specializes in GTs.

When Pardo first got the car, he was leaving his studio on cold tires and lost control at 35 mph. The car hit a utility pole. The Ford GT was taken apart completely, then rebuilt, and that's when Pardo added his own one-of-a-kind paint livery. The CarFax can attest to the accident and Pardo has gone so far as to sign the CarFax, which is hilarious and frame-worthy in and of itself.

The car comes with a video of Pardo's last drive, a signed title and bill of sale that will show that the buyer purchased it from Pardo, Pardo's original license plate. photos of the build, and a signed sketch of the car. The new owner will also get the option of having Pardo fly to his or her location for a photo opportunity and a hand-sketched drawing.

So act now if you want an instantly recognizable version of an already iconic machine. You won't find a new Ford GT for this price anymore unless Ford invites you into its special circle of ownership. And having your name alongside Pardo's on the title history makes this specific car that much more wonderful.