Cadillac will roll out a new vehicle every six months through 2021, and parent automaker General Motors has just ponied up the funds to build two of them. The automaker's Lansing Grand River assembly plant in Michigan received a $175 million investment for next-generation Cadillac sedan production.

The two sedans, likely to be called the Cadillac CT5 and Cadillac CT4, will replace the current CTS, ATS, and XTS sedans. The Cadillac CT6 will stick around as the range topper. A GM spokesperson told Automotive News (subscription required) in a Monday report that the automaker is already installing new tooling and equipment at the Lansing plant for production of the sedans. Right now, the plant builds the ATS, CTS, and the Chevrolet Camaro. All three cars ride on GM's Alpha platform.

Cadillac will discontinue the current ATS sedan after the 2018 model year, but the ATS coupe will soldier on, likely until its CT4 replacement arrives sometime in 2019 or 2020. 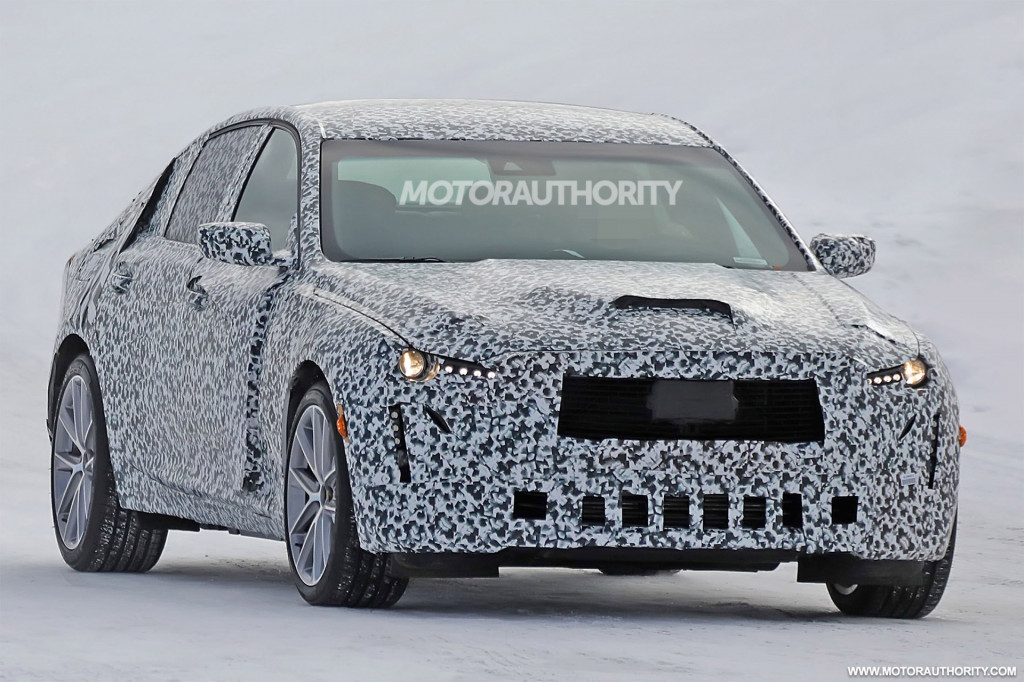 The move comes two years after GM invested $211 million in the plant for tooling and equipment and built a 32,000-foot addition to the body shop, all for future Cadillac sedan production.

We've yet to spot the smaller CT4 sedan testing, but spy shots of the CT5 have been plentiful as of late. The CT5 will fill a 'tweener roll and replace both the CTS and ATS, while the CT4 should do battle in the compact segment. It's a strategy Cadillac has executed well in the past; the American luxury marque often straddles segments to better rival German luxury brands. The strategy is well on display with the 2019 Cadillac XT4. Expect the CT5 and CT4 to pull plenty of styling from the Escala concept, which previewed the brand's forthcoming design direction in 2016.

The CT5 should boast a handful of powertrain options, including the potential for a CT5-V with the brand's exclusive 4.2-liter twin-turbo V-8 engine under the hood.