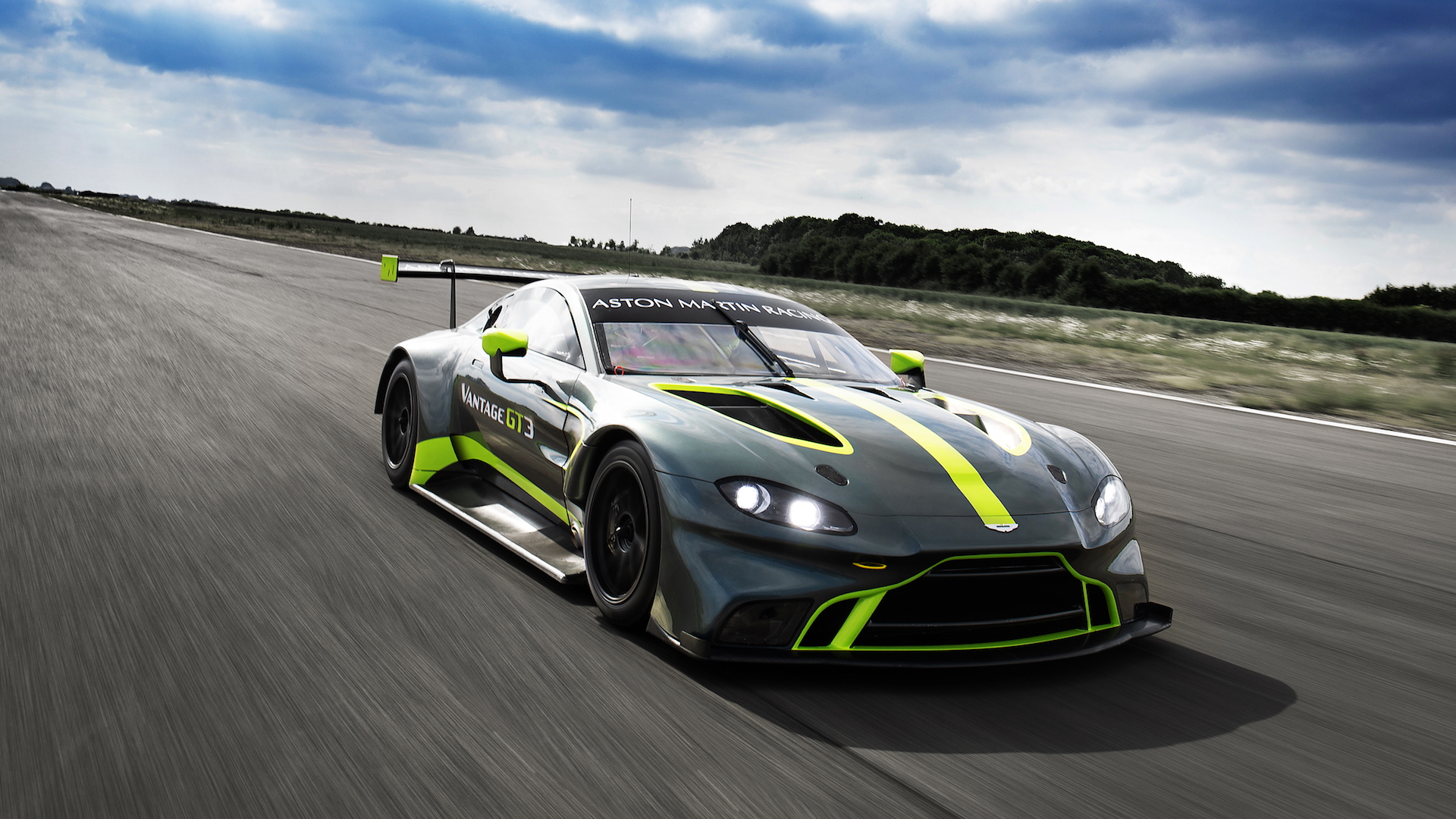 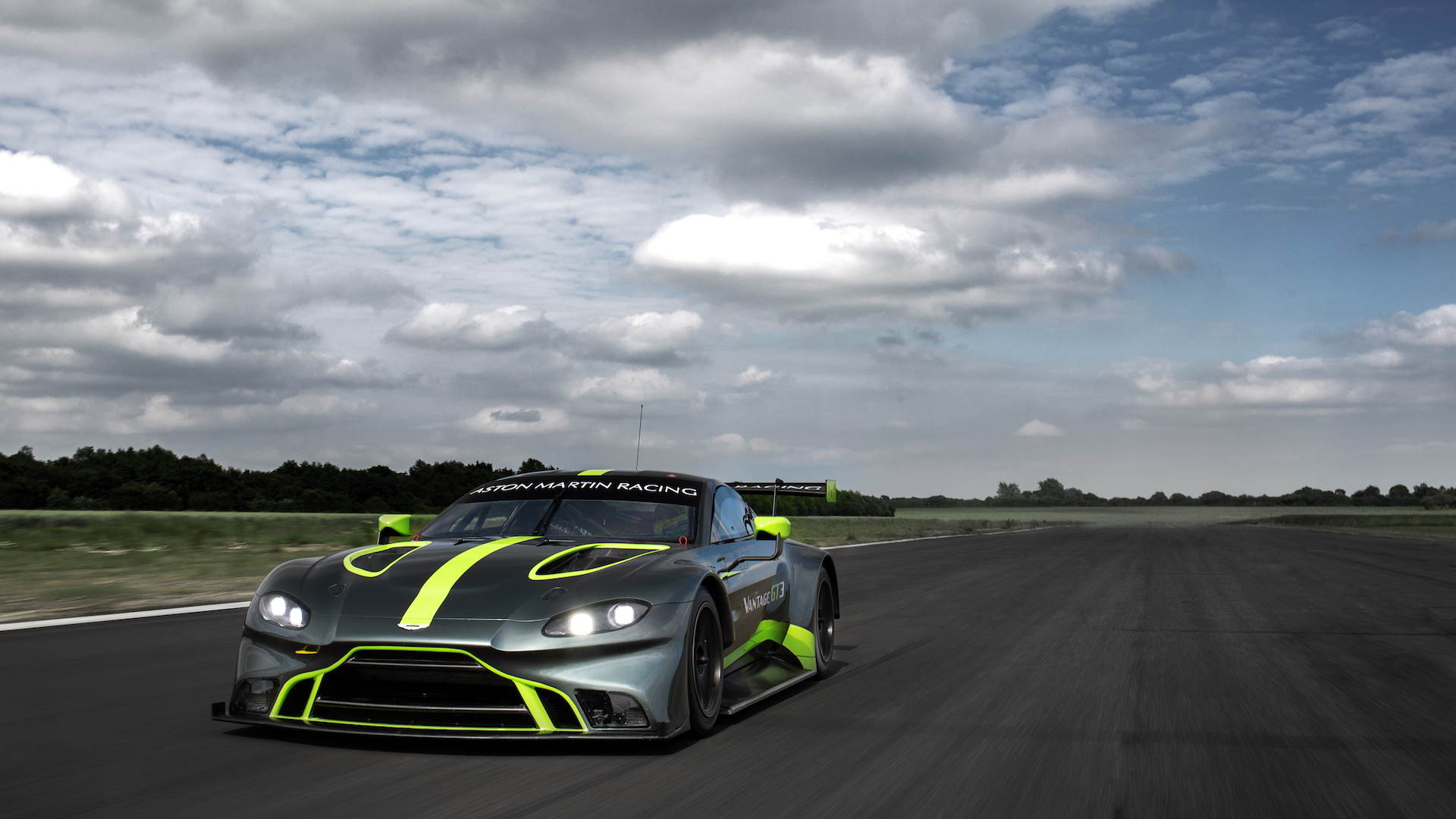 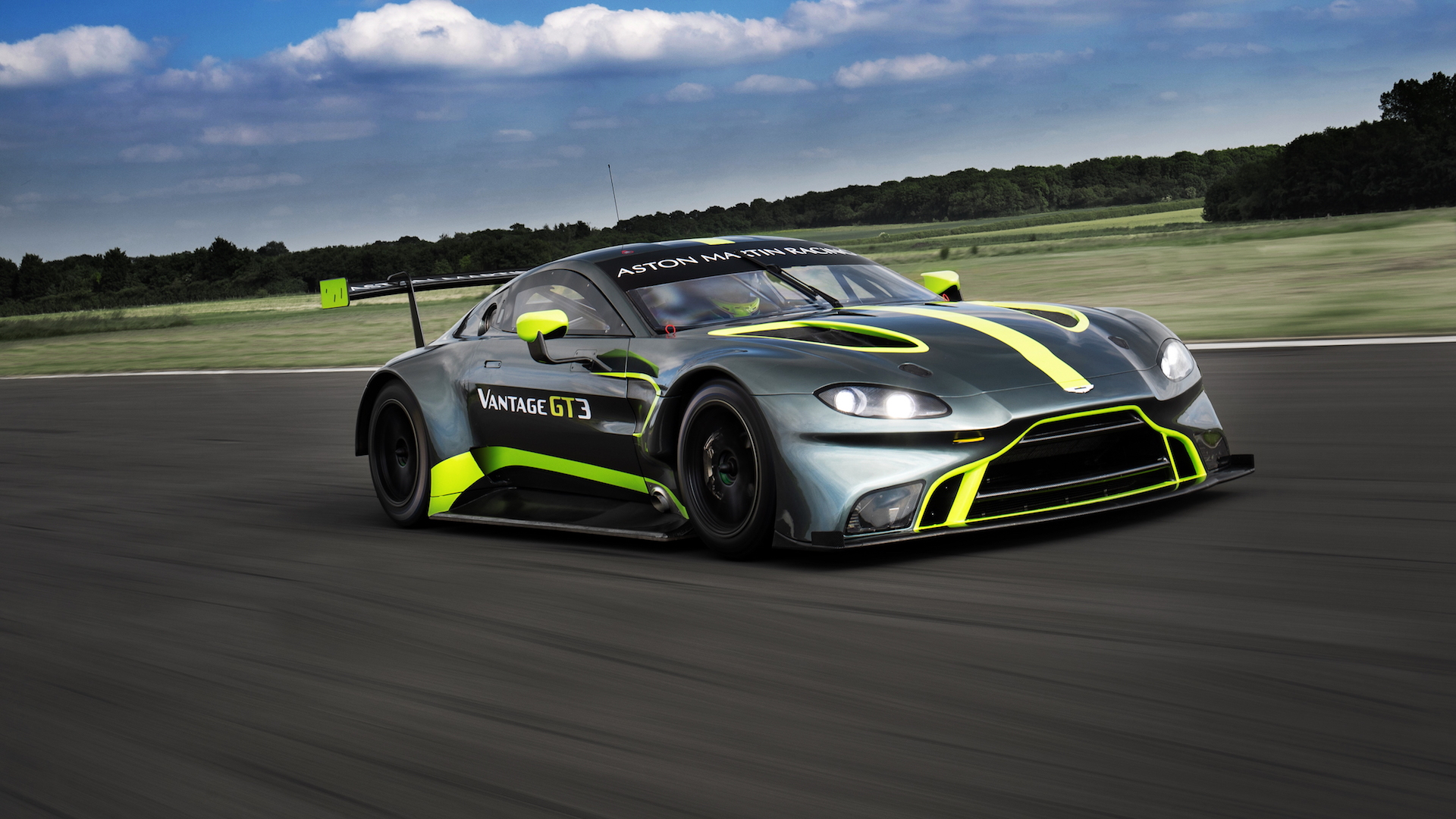 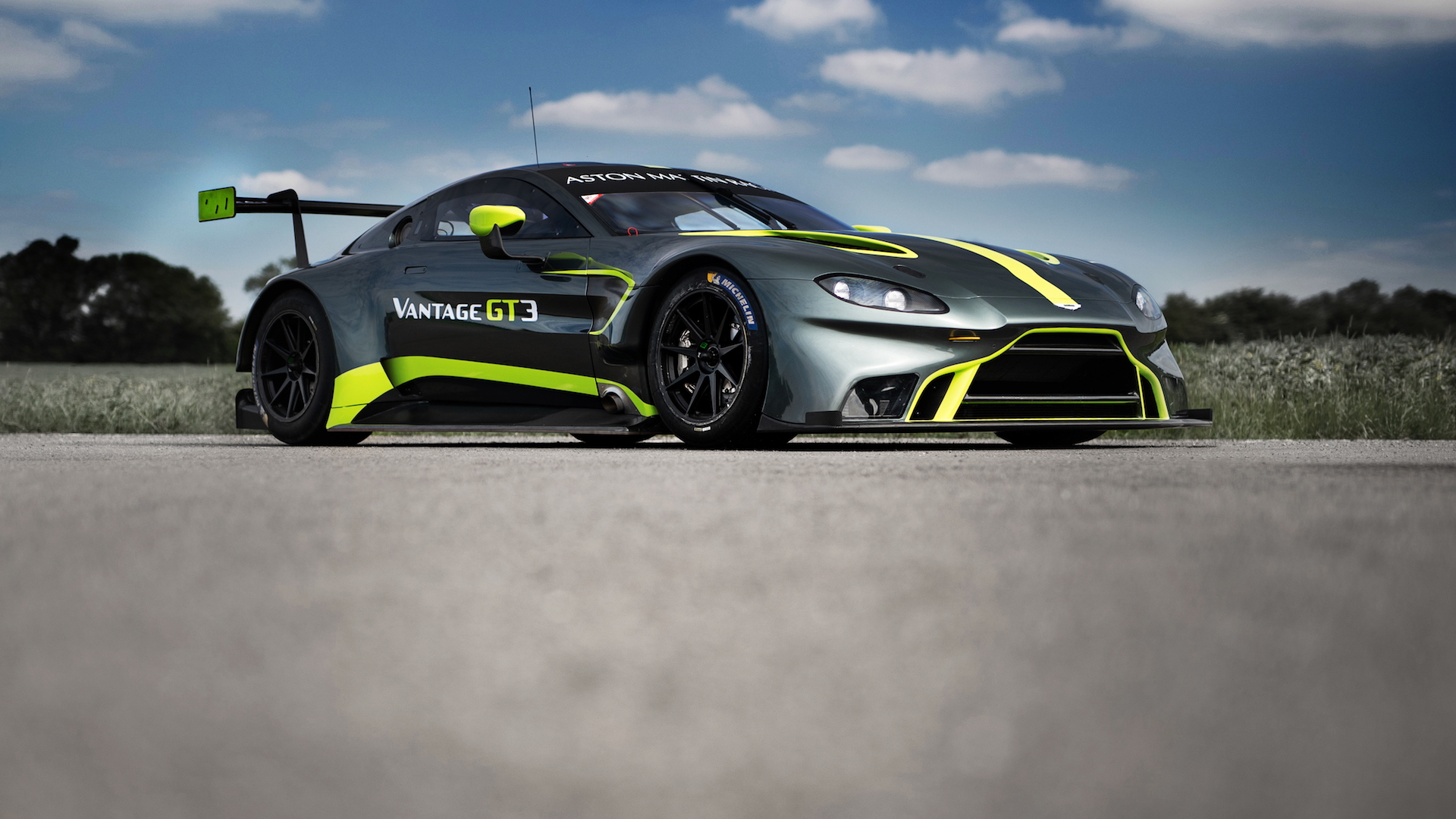 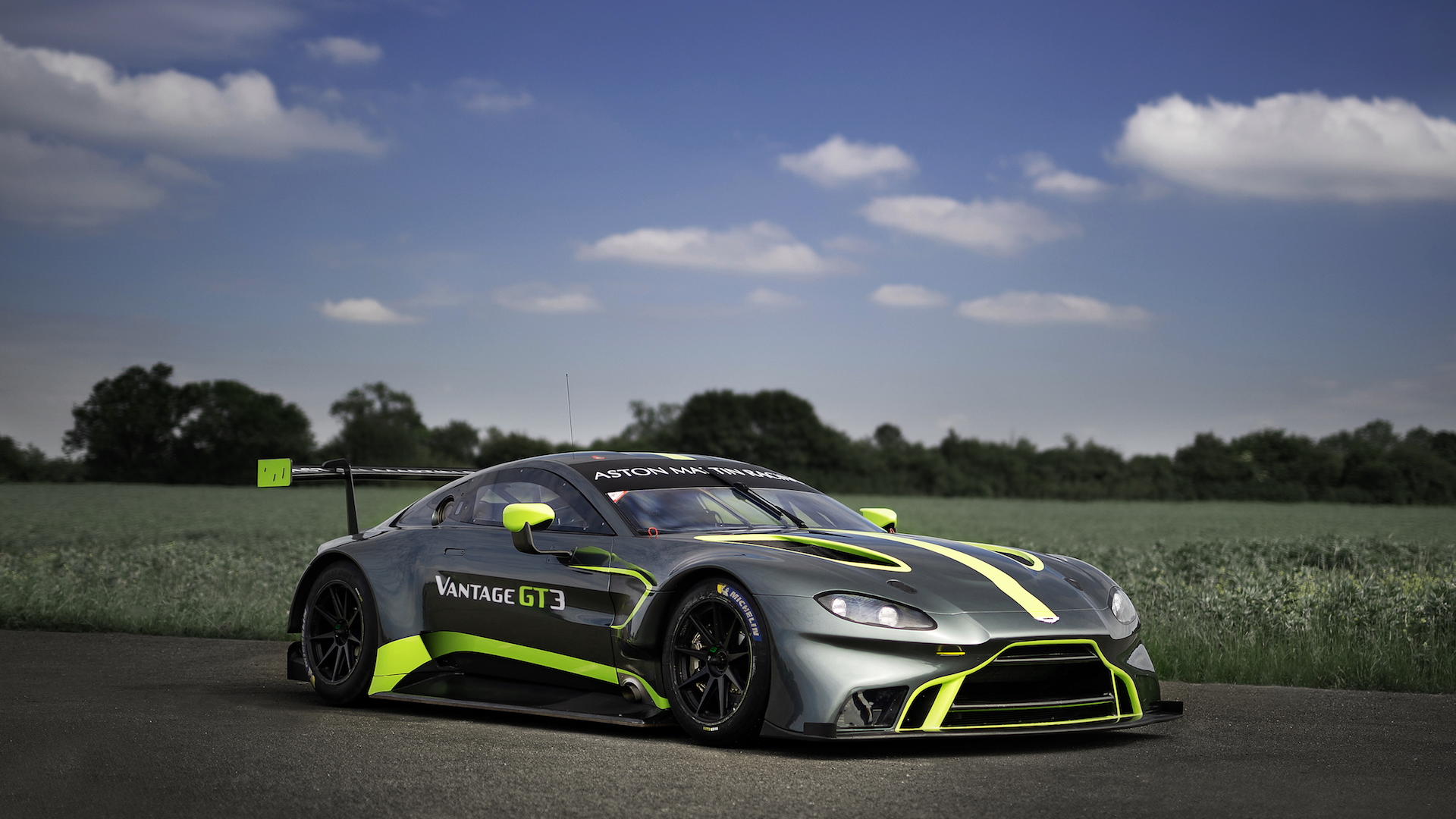 Aston Martin has sprung a surprise on those attending the 2018 24 Hours of Le Mans this weekend. On Thursday, the British performance and luxury brand revealed the 2019 Vantage GT4 and GT3 customer race cars.

The GT3 will ultimately replace the highly successful V-12 Vantage GT3 racer, which most recently took home wins in the Blancpain GT Series Endurance Cup and British GT series. The new Vantage GT3 racer features the same 4.0-liter turbocharged V-8 engine found in the road car with plenty of tuning expertise from Aston Martin Racing (AMR). Power is variable by boost and it can run as high as 535 horsepower and 516 pound-feet of torque. That grunt flows through a 6-speed sequential transmission backed by an Alcon motorsport multi-plate clutch.

Much of the Vantage GT3 customer racer is based on the road car. Actually. Aston Martin built the GT3 from the same aluminum chassis and began adding the GT3-spec racing bits. It weighs in at 2,744 pounds. The car features a steel roll cage, Öhlins four-way adjustable dampers, and Alcon brakes with Bosch Motorsport ABS.

Aston Martin was light on details surrounding the Vantage GT4, but the racer will also be on display at the Aston Martin Racing Festival Race paddock. There, potential customers can grab a look at the brand's latest challenger while the car remains in development until homologated in March 2019.

As for the Vantage GT3 customer racer, it too will remain in development for the rest of 2018 and the company said it plans to homologate the racer for competition at the same time: March 2019.