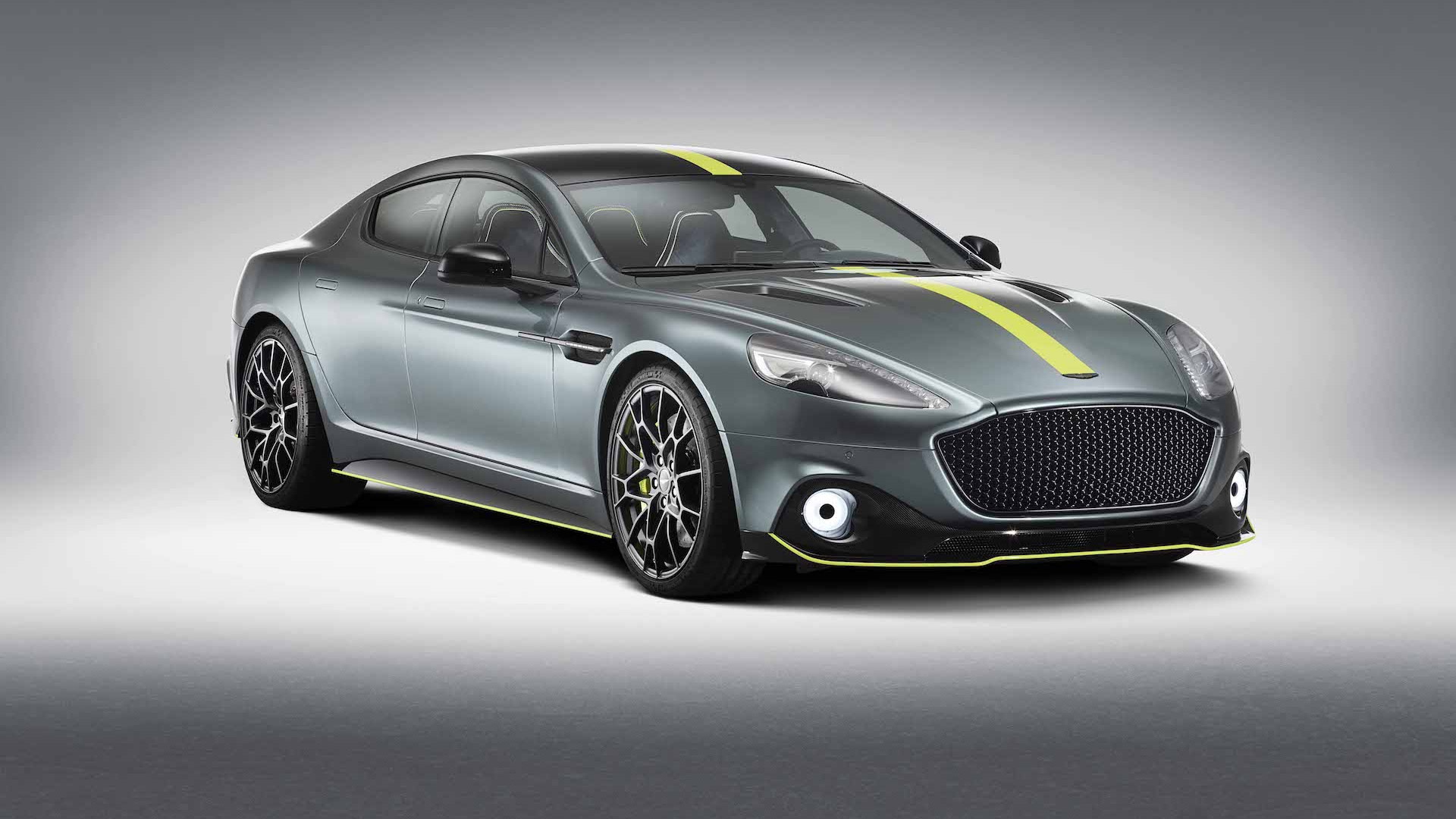 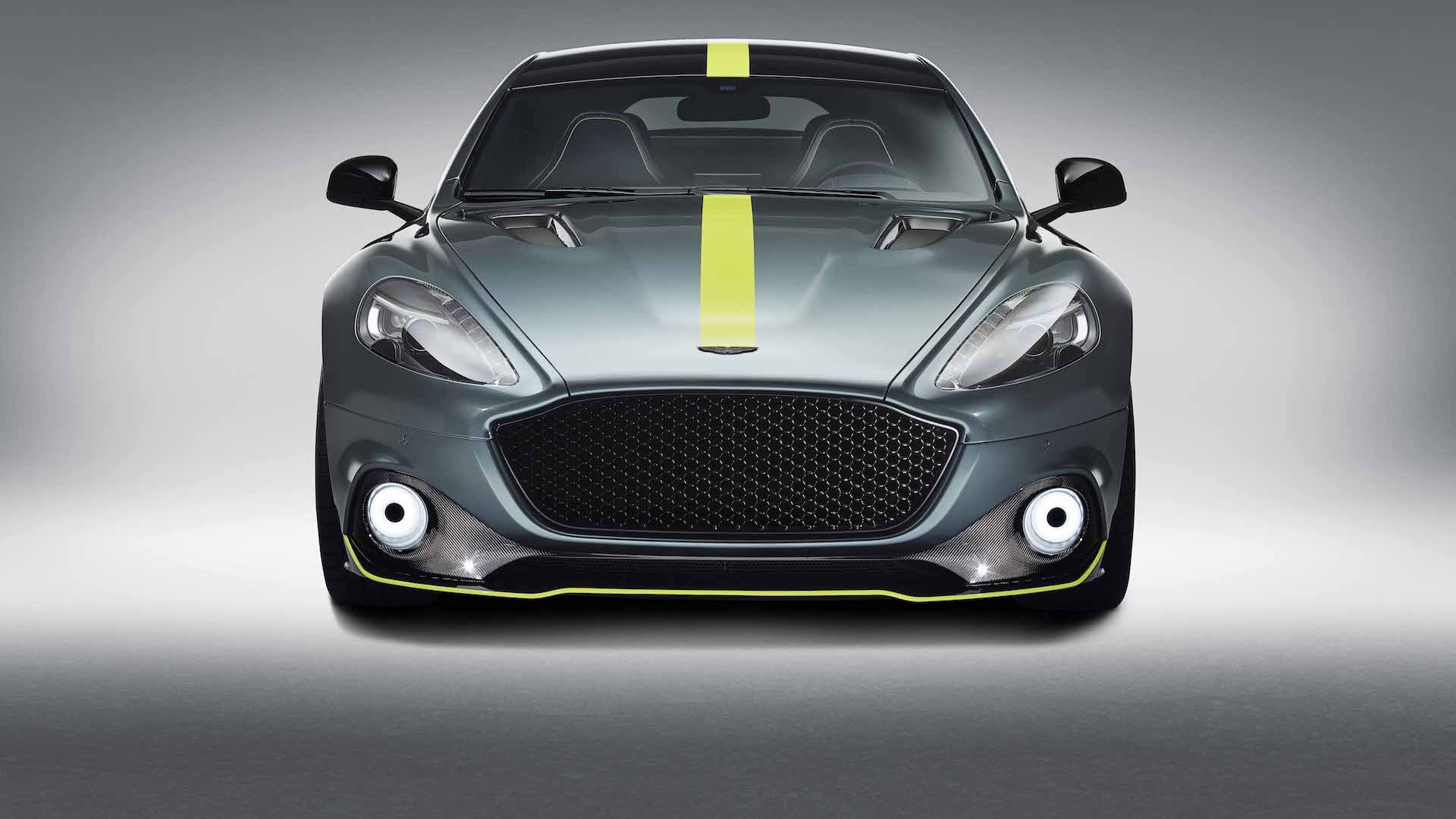 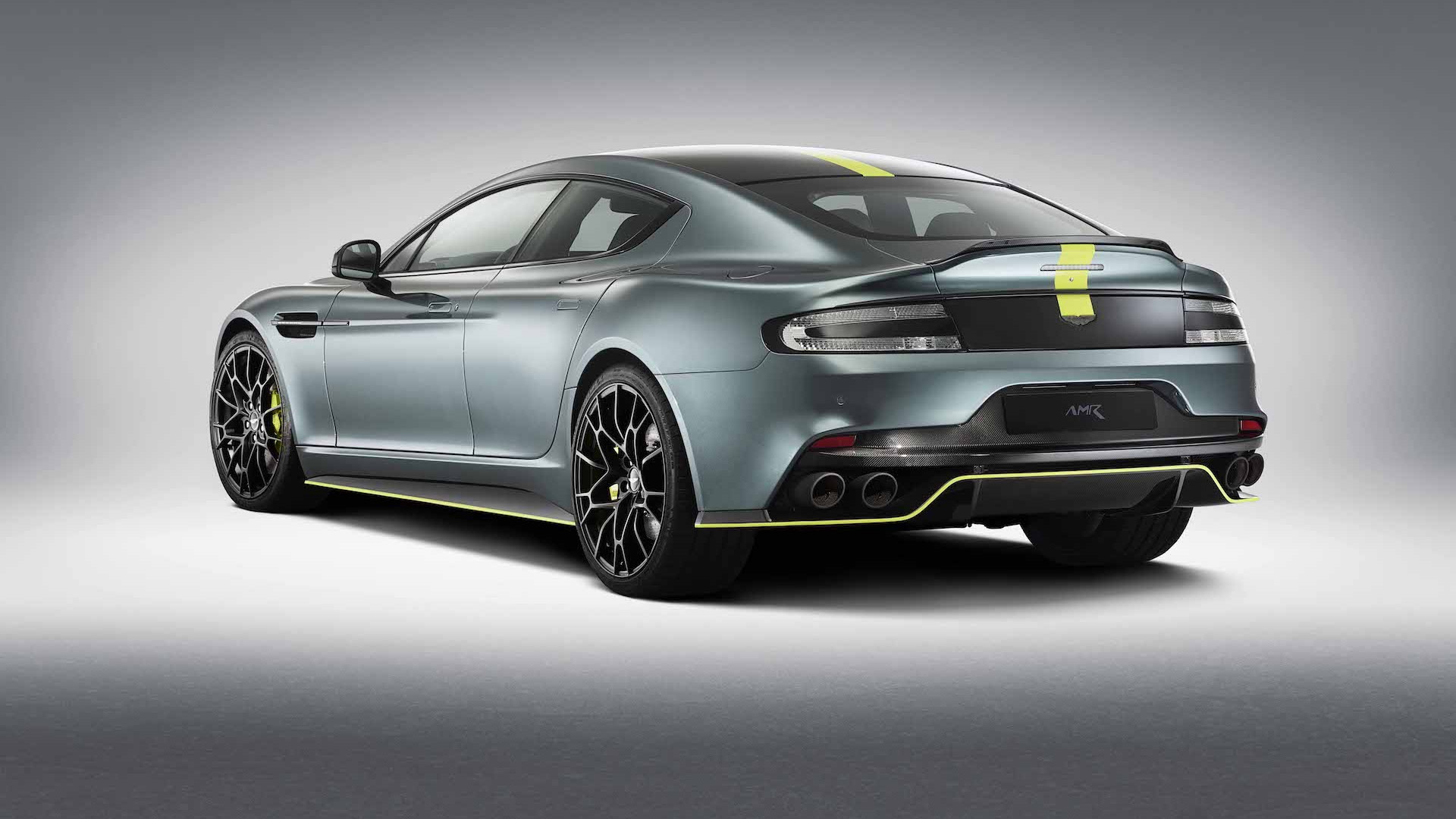 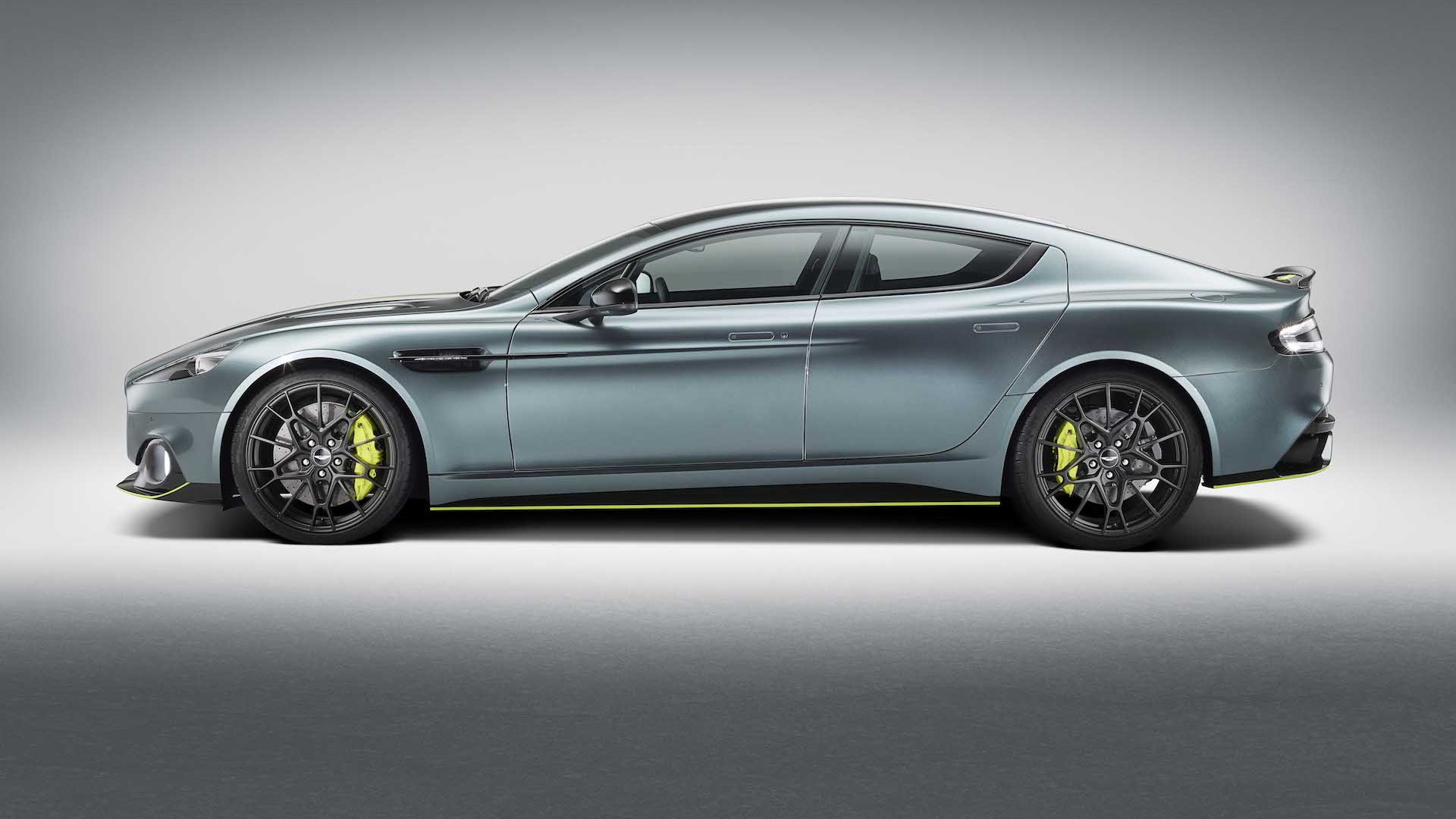 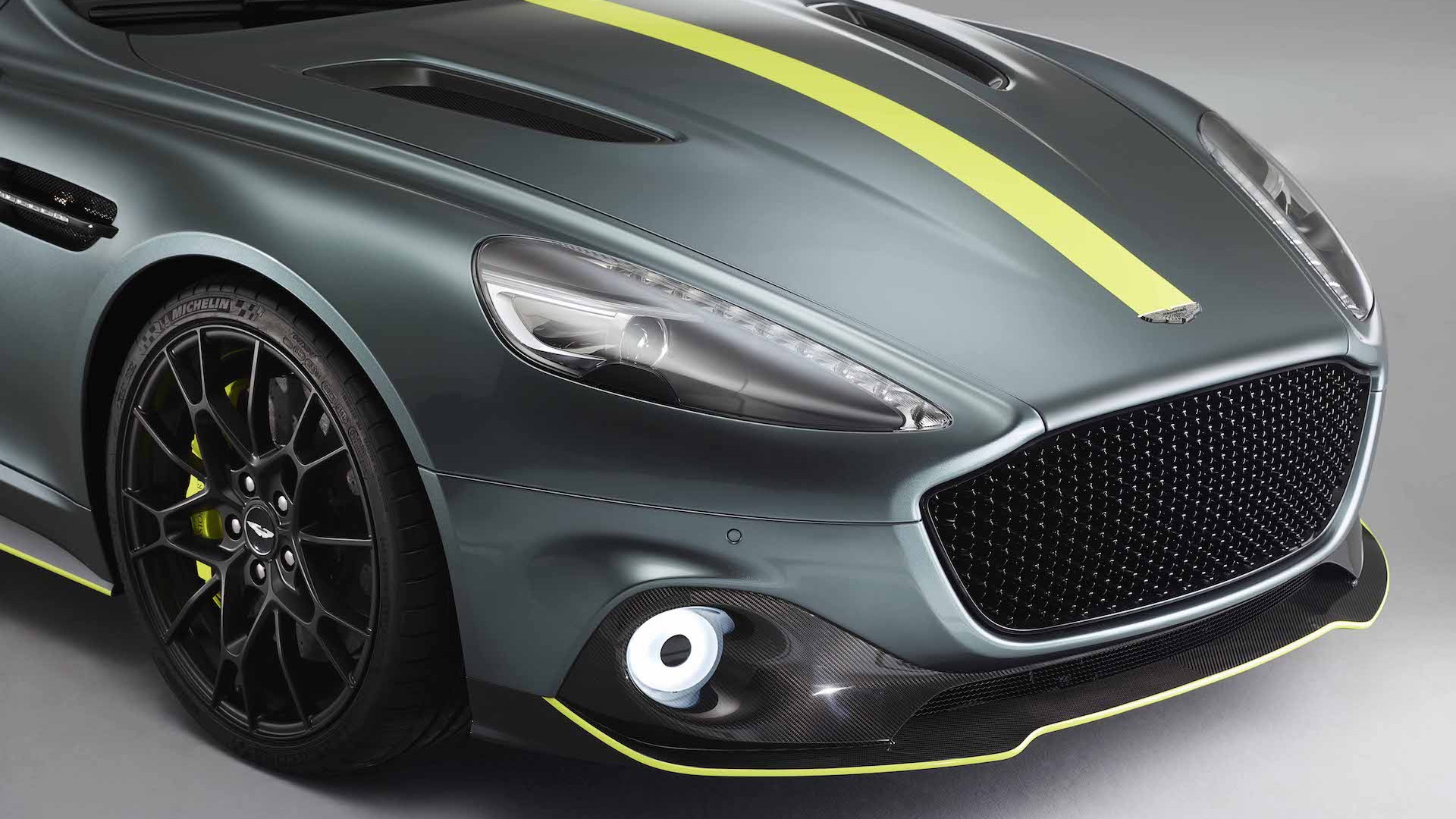 Aston Martin has a new addition to its growing AMR family: the Rapide AMR.

The car was shown in concept form during the launch of Aston Martin's AMR sub-brand at the 2017 Geneva auto show, but now we have our first look at the production version due in showrooms by the end of the year. Pricing for this bad boy starts at $240,000.

That's a steep price for a version of a car that's now almost a decade old, but Aston Martin plans to build only 210 examples, so this is one exclusive ticket. And for the money, you're also getting one of the fastest and best-looking sedans on the market.

Power comes from Aston Martin's older 5.9-liter V-12 whose output in this application registers at 580 horsepower and 465 pound-feet of torque. This version of the engine is the same used in the hardcore Vantage GT12 and sounds like a beast thanks to its larger inlet manifolds with tuned length dual inlet runners and quad-exhaust system.

Together with a recalibrated eight-speed automatic, the engine will rocket the Rapide AMR from 0-62 mph in 4.4 seconds and on to a top speed of 205 mph. Stopping power comes from massive carbon-ceramic brake rotors measuring close to 16 inches at the front. These reside in 21-inch forged wheels shod in—a first for any Aston Martin—Michelin Super Sport tires. Another key performance mod is the sport-tuned suspension which rides 10 millimeters lower than on other Rapides.

The design of the Rapide AMR has changed little from the concept that previewed it, with a large and aggressive front grille that is reminiscent of the track-only Vantage AMR Pro. Meanwhile the circular daytime running lights recall the recent Vanquish Zagato models. There are a host of aero mods too, such as the new front splitter and rear diffuser, and there's also a carbon fiber hood to help save weight. The car is still no lightweight, though, weighing in at 4,387 pounds.

The interior has been given a makeover too, with leather and Alcantara used throughout and carbon fiber found on the dash. Aston Martin will offer buyers three design themes—Standard, Silhouette and Signature—each with their own selection of colors. Signature is the one to get if you're a fan of AMR's signature Lime hue: it matches Stirling Green paint with Lime accents and a Lime stripe.

Aston Martin is expected to introduce one more version of the Rapide before the car is dropped from the lineup. We're talking about the electric Rapid-E that's due in 2019. Afterwards, Aston Martin's revived Lagonda brand will be responsible for sedans.