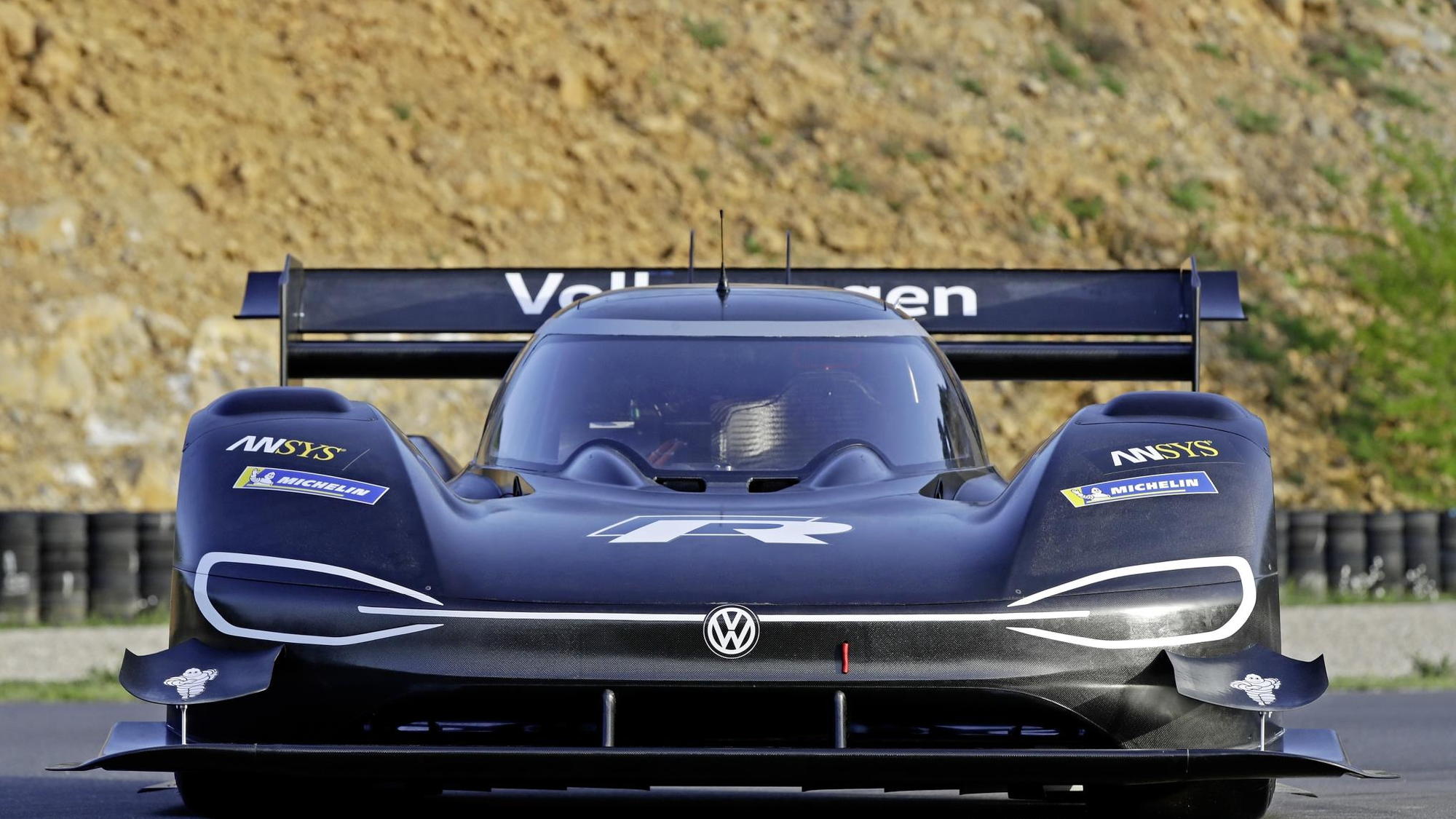 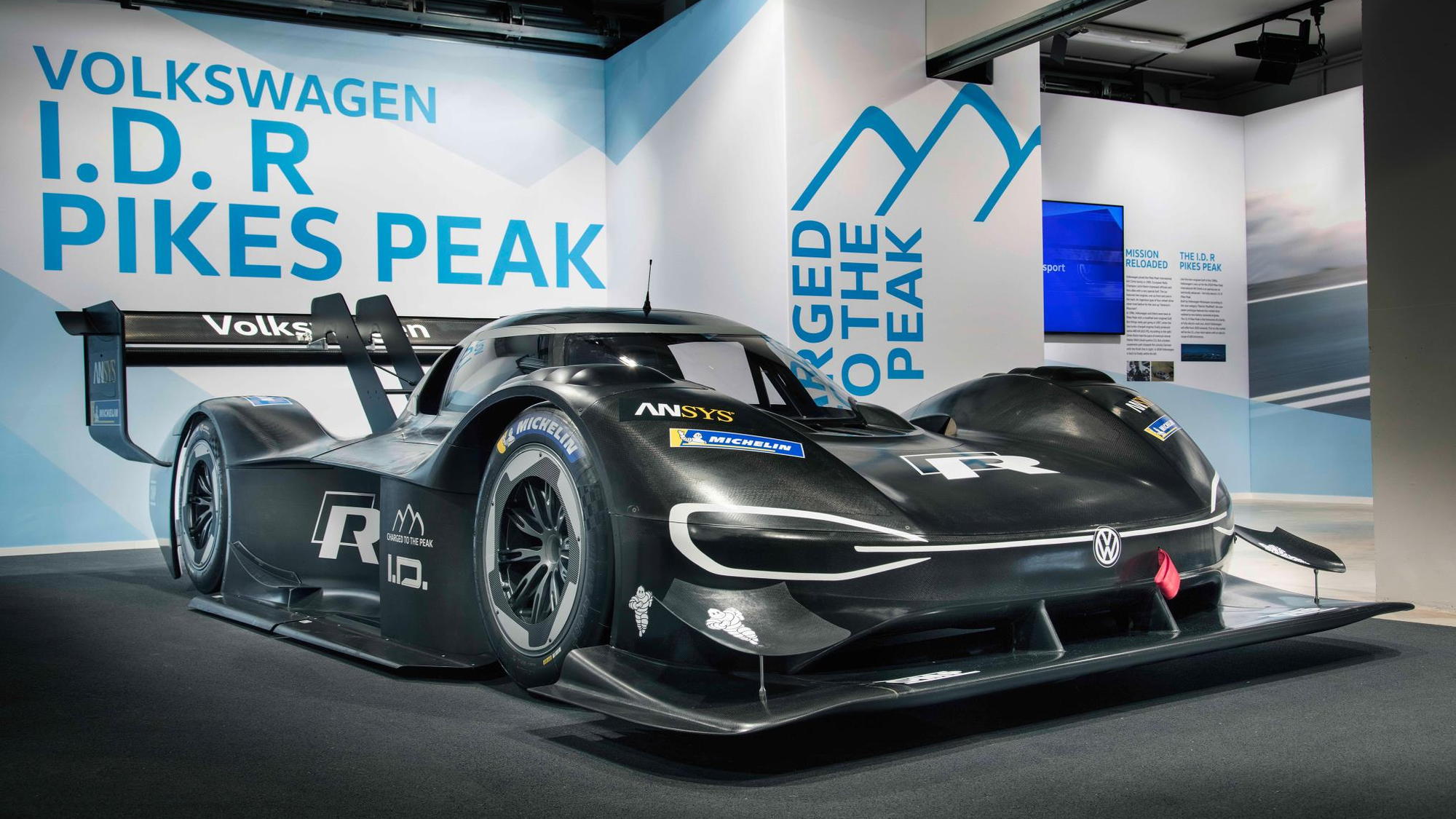 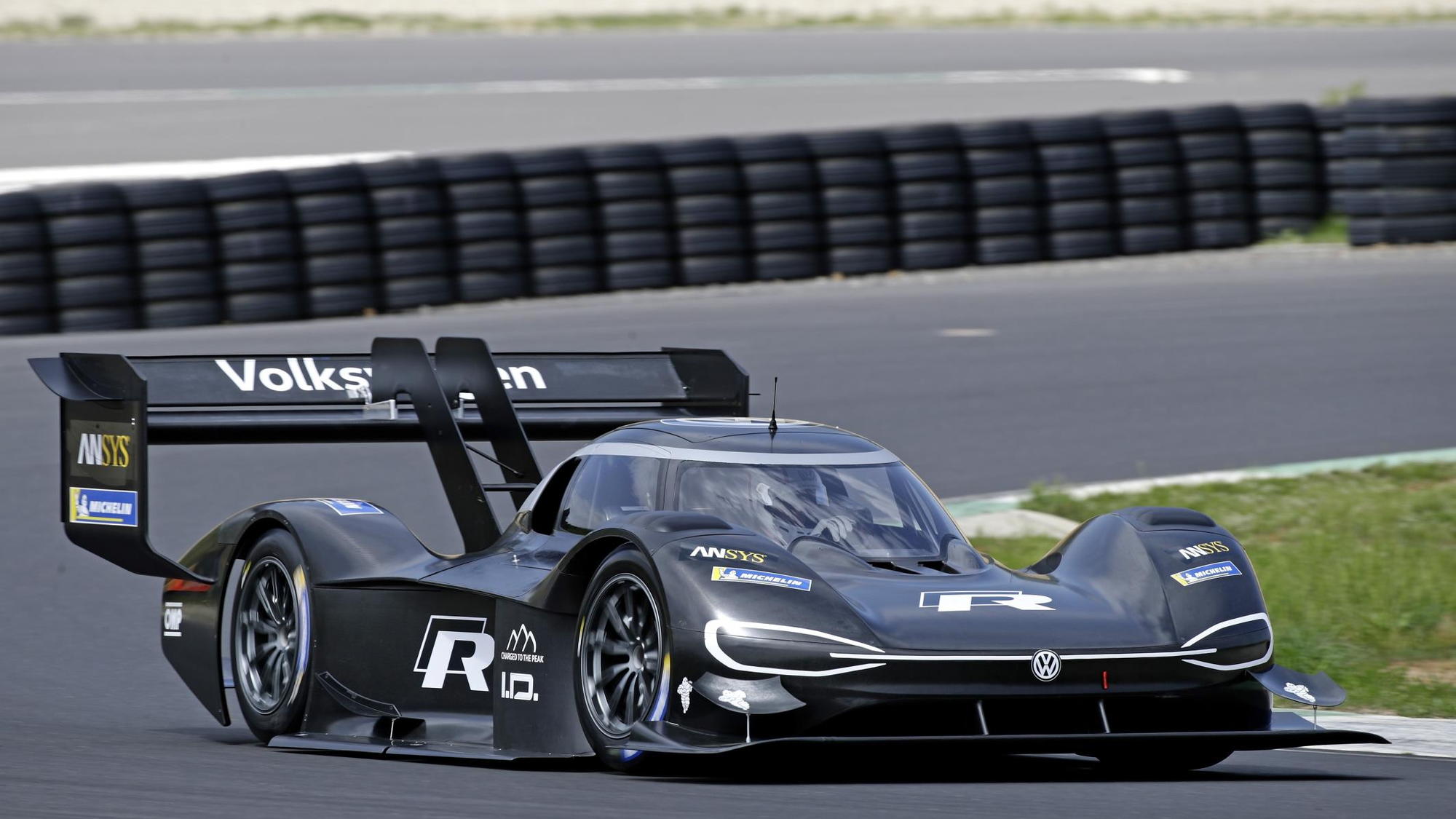 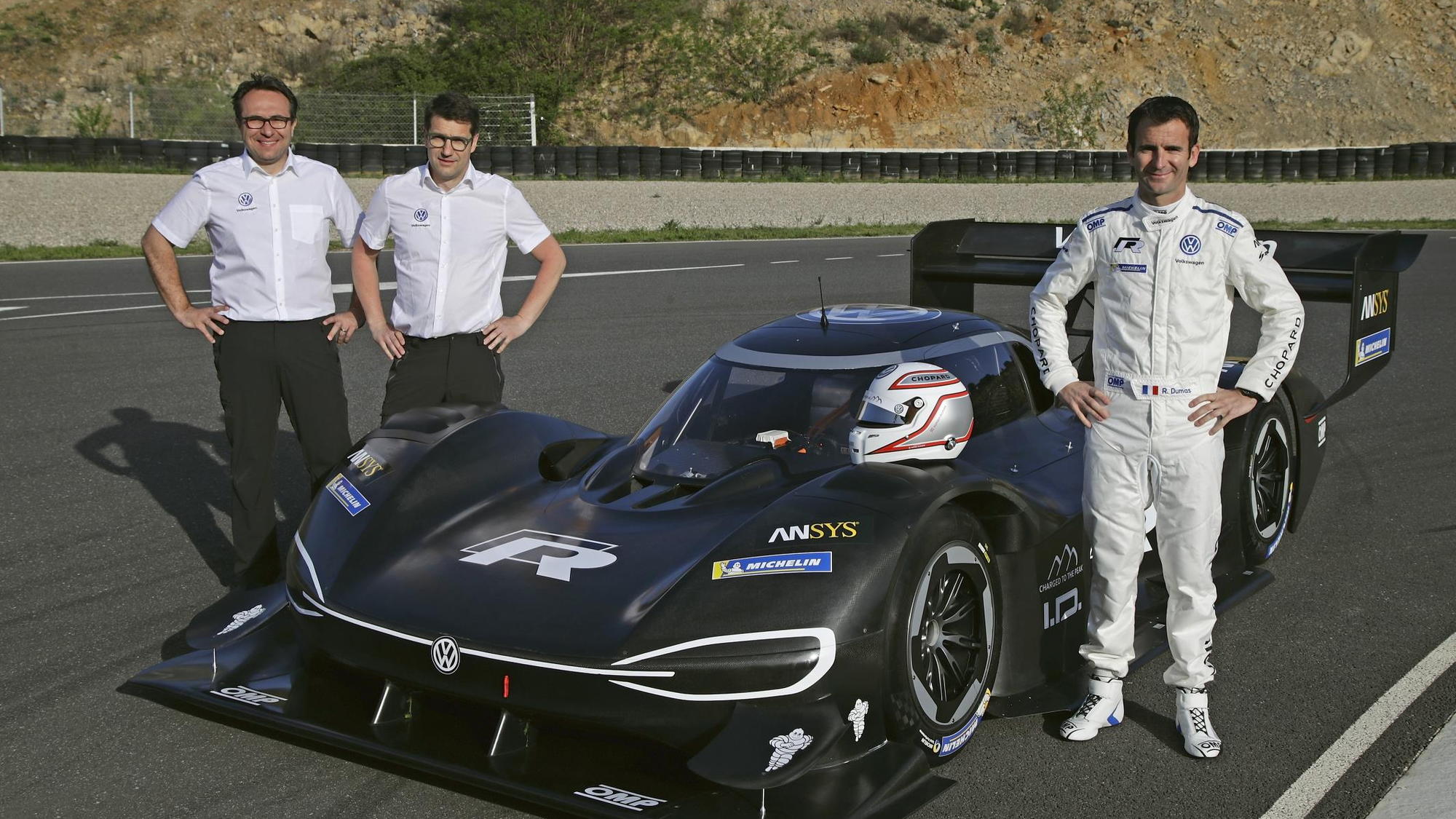 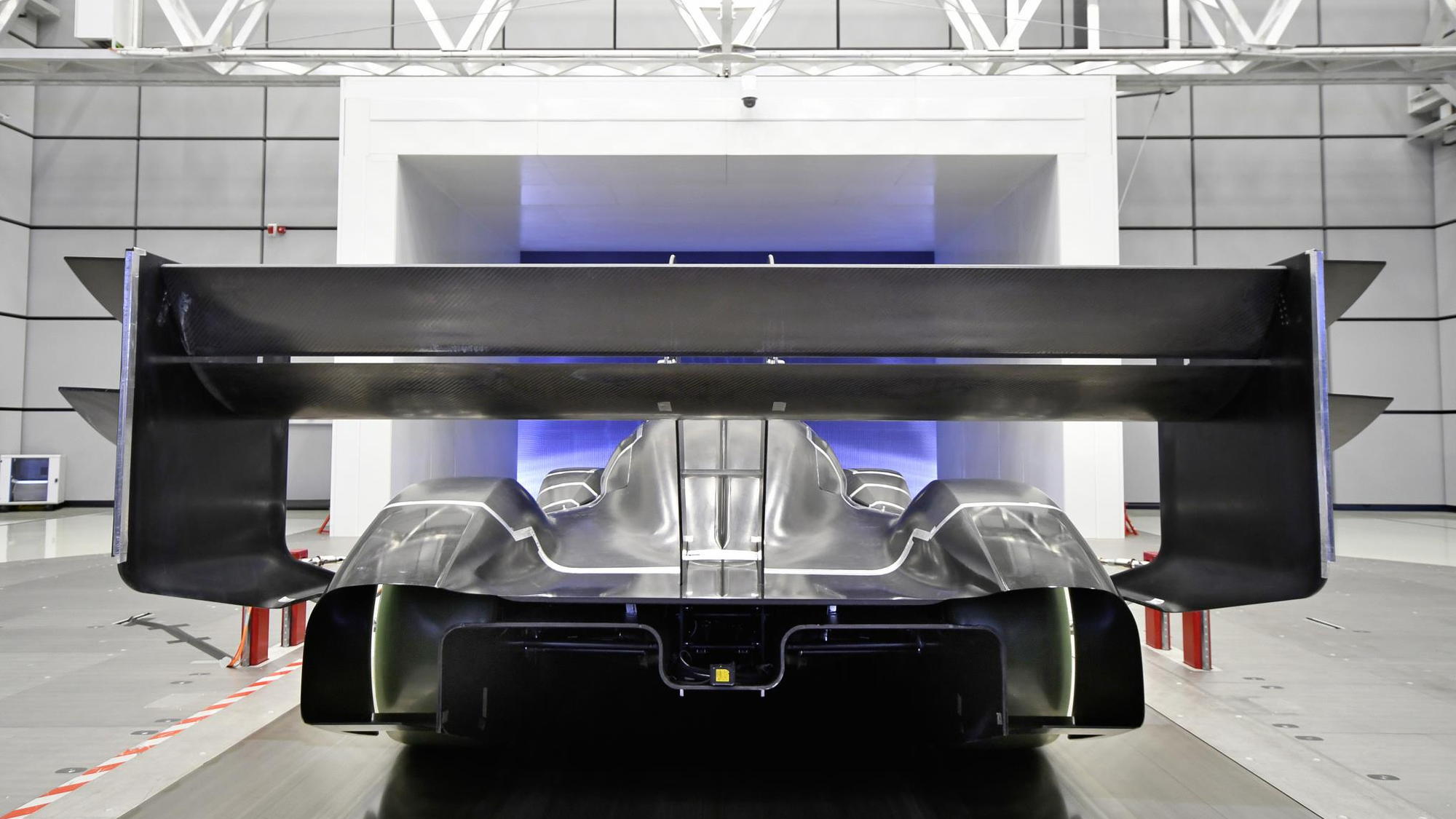 Aerodynamics and power are two very important focus points for any race car. Another is dropping as much weight as possible. If you have a vehicle that doesn't weigh much, offers substantial power, and grips the road, then you have a recipe for success come race day. Volkswagen is hoping it's worked that recipe well with its I.D. R Pikes Peak race car. A lightweight design strategy has created an electric machine that weighs just 2,425 pounds...and that includes the driver.

Volkswagen has high hopes for the I.D. R racer. Pilot Romain Dumas has claimed victory at Pikes Peak in the past, and he's aiming for a sub-9-minute run for the electric vehicle category, and a record. That mark now sits at 8:57.118 for the course with the finish line waiting 14,115 feet above sea level.

The engineers at VW already demonstrated a commitment to focused aerodynamics. Now we learn that "adding lightness" was also a top priority. This is always a tough game to play, especially when dealing with heavy battery packs and multiple electric motors. Additionally, the I.D. R is crafted not from extensive carbon fiber but from a fair bit of steel and aluminum.

Those electric components didn't contribute too much weight. The motors, situated on the front and rear axles, put out 671 horsepower, which is a lot for a street car but not for an unlimited race car. That meant the battery packs didn't have to be too big and they could be located next to and behind the driver to create perfect weight balance front to rear.

Extensive weight savings measures had to extend to other areas to counter the necessary heavier items.

VW was able to use carbon kevlar composite in various aspects of the construction. While the majority of the chassis, suspension, and safety structure are heavier steel and aluminum, some of the chassis components and all of the body panels and aerodynamic bits are constructed from the stronger, lighter material.

“Before we actually assembled the I.D. R Pikes Peak, we used computers to analyze a multitude of different configurations,” said Willy Rampf, technical advisor to the project. “It was clear to us that we would not have time to build multiple test vehicles. We had to get it right at the first attempt.” Computer simulations allowed chassis parts to be designed to be big enough to deal with anticipated loads without being too big or too heavy.

VW even went so far to lightweight Dumas' racing suit. It uses patches that are printed on rather than sewn on, with the exception of the large event emblem. That was a race regulation that VW couldn't find a way around. Still, this is the lightest racing suit Dumas has ever worn.

Volkswagen set out with a goal of making an impossibly light EV race car. Boasting a fully loaded weight under 2,500 pounds means the team has achieved its goal. Now all that's left is for Dumas to (semi) silently run up the 12.4-mile course that rises 4,700 vertical feet to a finish line waiting for him above the clouds. The racing action is set for June 24 in Colorado Springs, Colorado.