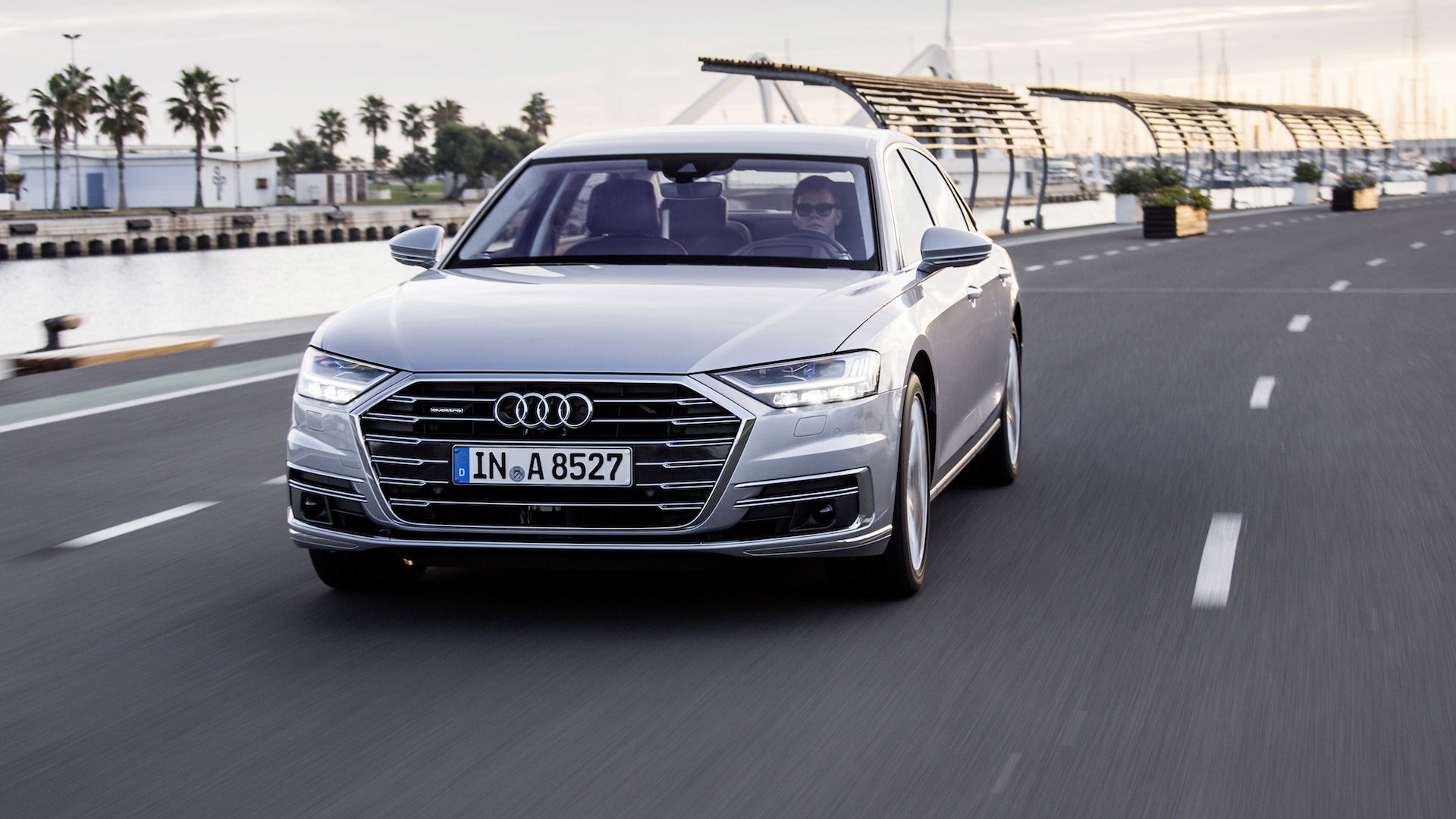 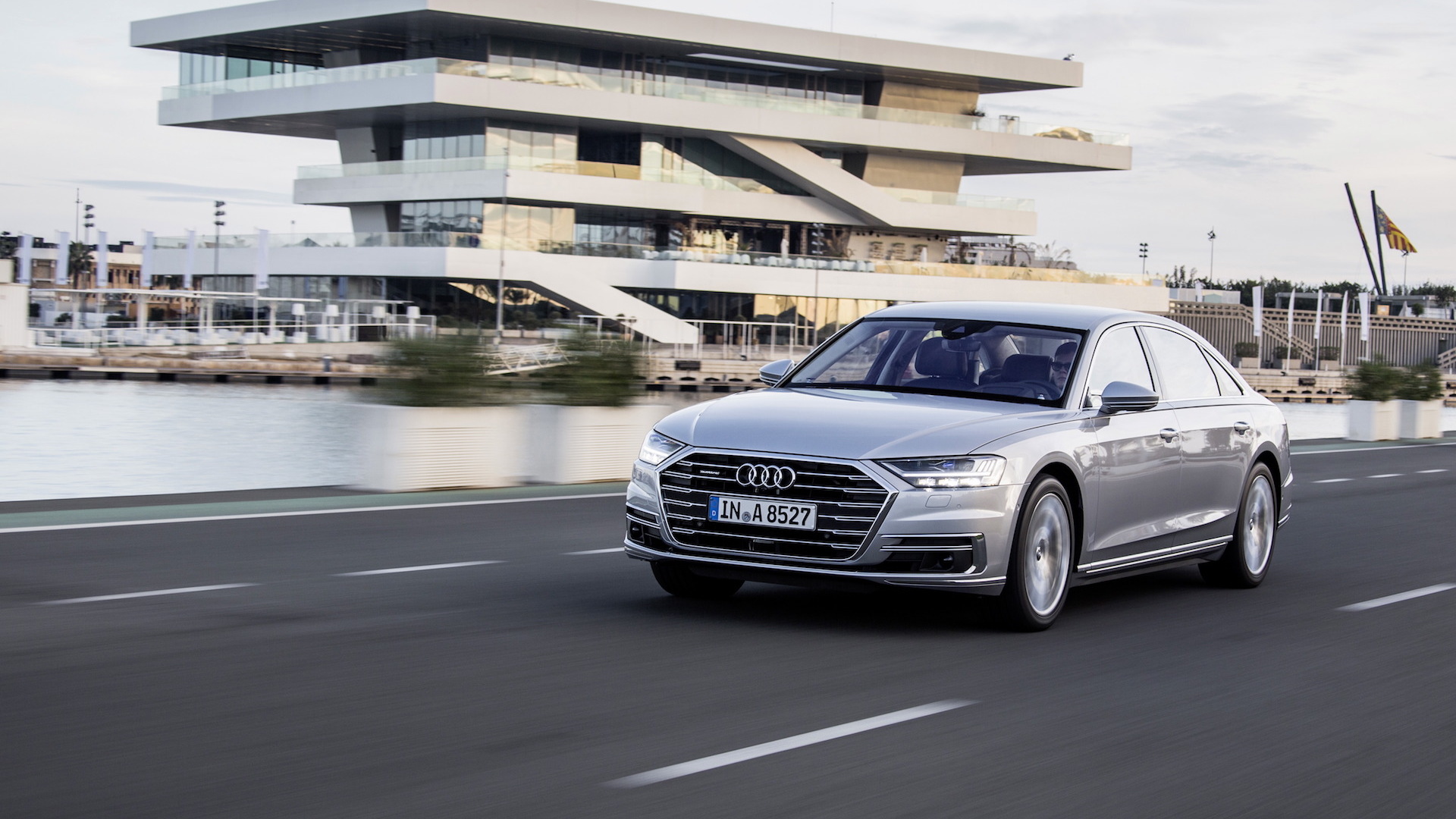 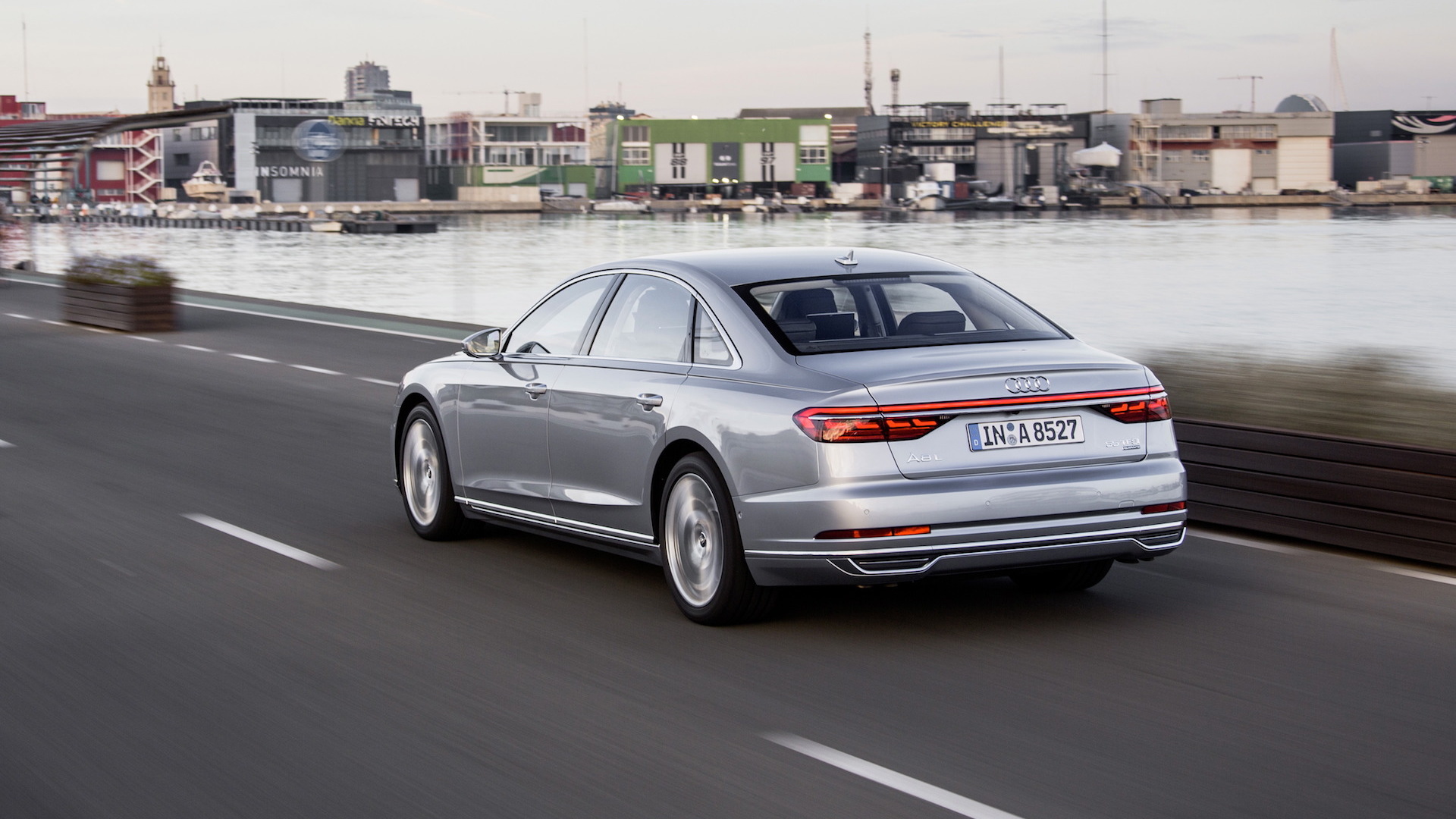 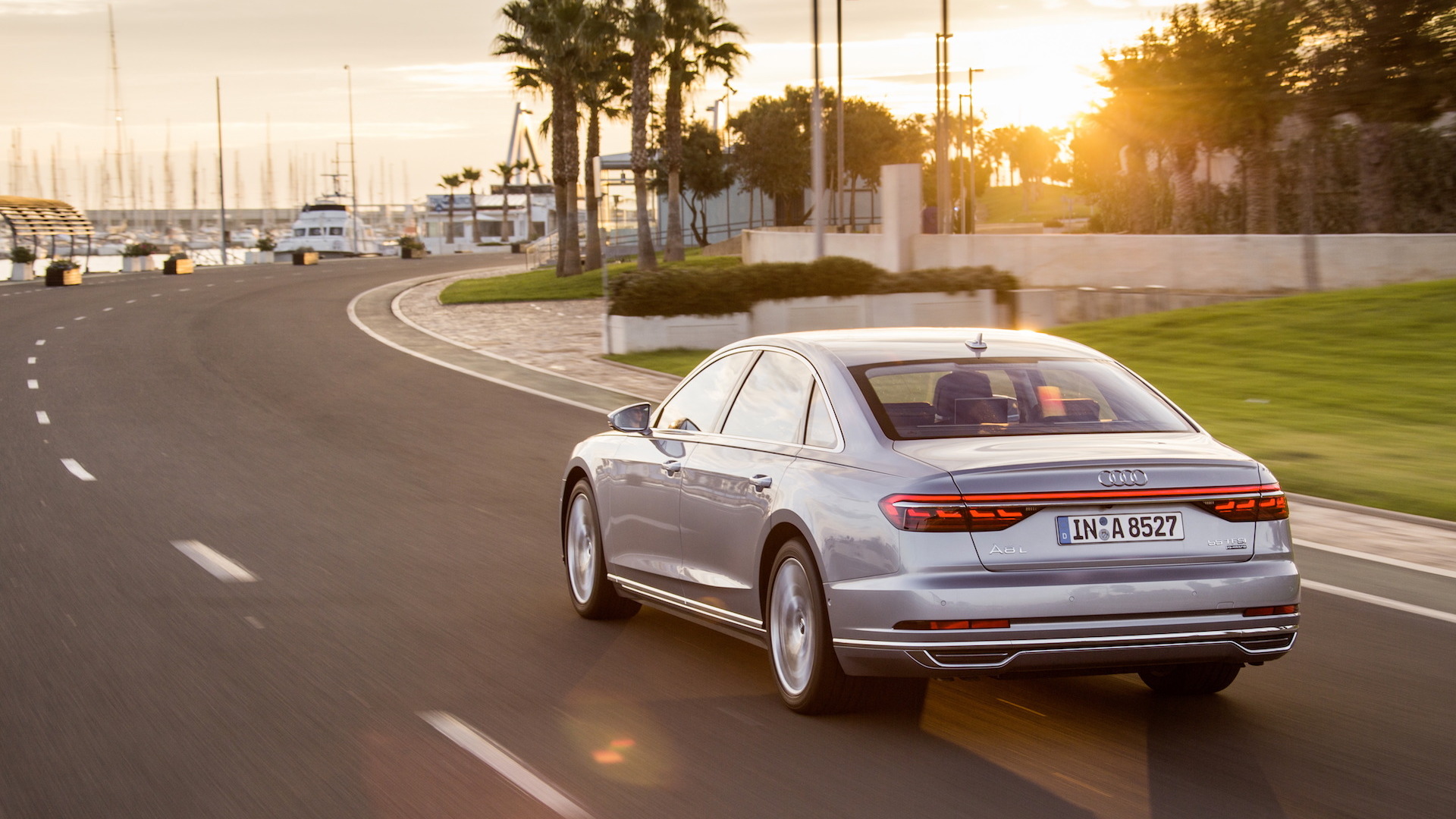 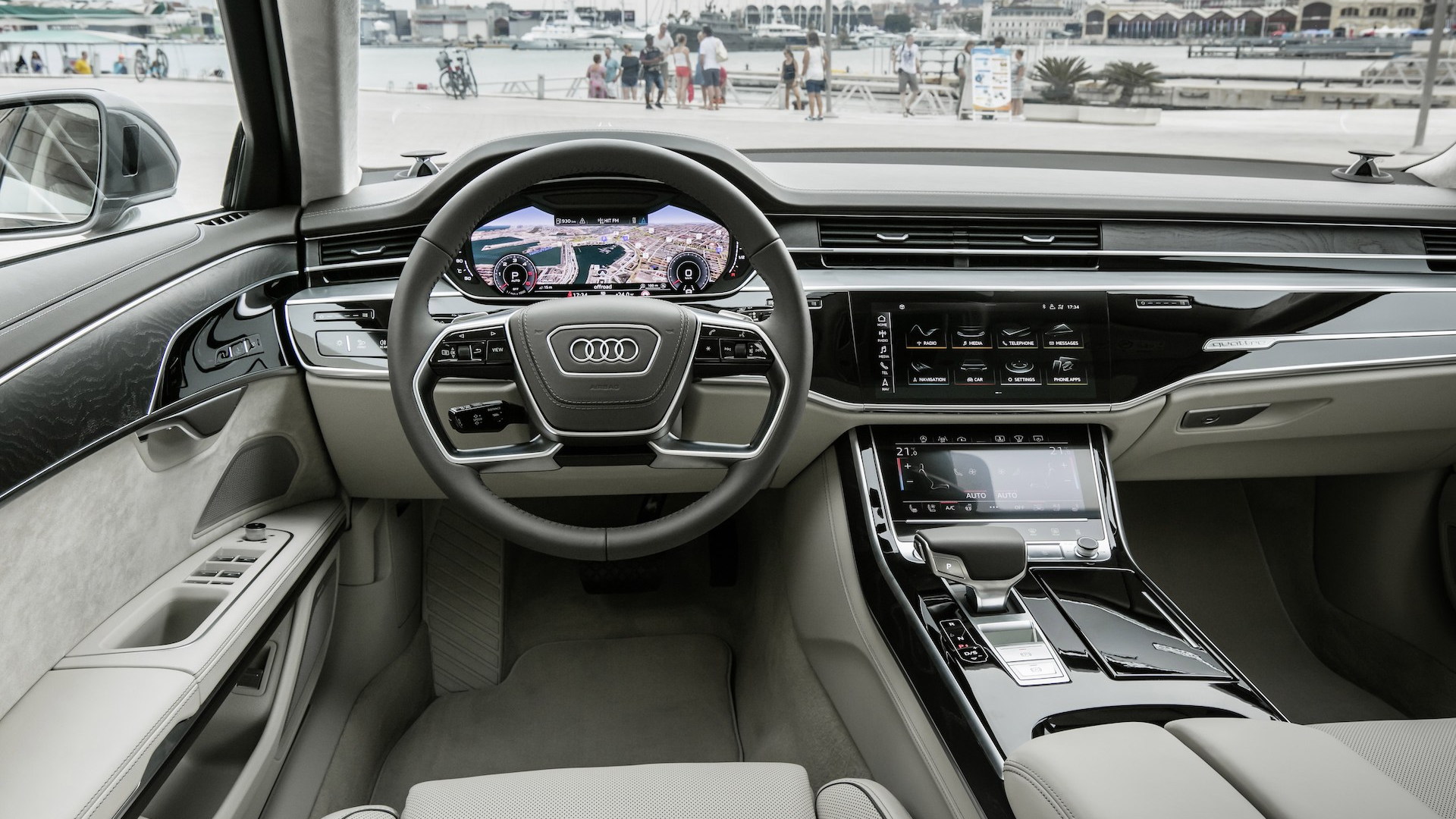 Audi's A8 flagship sedan has been redesigned and we'll see it in showrooms this fall.

Audi hasn't formally announced pricing but CNET reported Monday that the starting price for the big sedan will be $83,800, excluding destination.

The pricing is in line with BMW's 7-Series and represents a $1,300 increase on the outgoing A8.

The base model will come with a 3.0-liter turbocharged V-6 delivering 335 horsepower and 369 pound-feet of torque. Later, V-8, W-12 and plug-in hybrid models will be added. Also in the works is a sporty S8.

Included as standard on the base model will be active air suspension, 18-way adjustable front seats, three in-dash display screens, and full leather trim. The two screens in the center stack serve as the main interface. You'll notice that the familiar rotary pushbutton and touchpad of the previous model is gone.

Unfortunately, CNET also reported that the new A8's much-heralded Level 3 self-driving system, which can handle some parking situations as well as traffic jams on long sections of uninterrupted roads, won't be offered in the United States.

The automaker has pointed to the patchwork of various legislation across the states as the cause of the hold up. Right now only a handful of states allow cars to operate in self-driving mode, and often this requires certain permissions, but there's a bill under discussion to create a single national standard for legalizing self-driving cars.

When contacted, Audi spokesman Mark Dahncke reiterated to Motor Authority that the decision to exclude the A8's Level 3 self-driving capability in the U.S. was due to the market and infrastructure not being ready. He added that even though the cars feature all the Level 3 sensors, used to enhance the adaptive cruise control and other electronic driver aids, they miss out on other requirements such as steering and braking redundancies, so there won't be any upgrades down the road to turn them into Level 3 self-driving cars.

Level 3 means the driver can let go of the wheel and even look away for extended periods in certain situations, but they have to be ready to take over within seconds. Because of the potential danger arising from the short window of time given to the driver to take back control, many automakers are choosing to skip Level 3 self-driving capability and go straight to Level 4.

Level 4 capability is essentially the same as Level 3, with the key difference being the time span required for the driver to take back control being far longer. Another important distinguisher of Level 4 capability is that the vehicle can bring itself safely to a stop should the driver fail to take back control. The final goal is Level 5 capability, where a car can operate without the need of a driver onboard. The most advanced cars on sale today are at Level 2 capability, which means they can handle some situations on their own but require constant monitoring from the driver.

(Editor's note: This story has been updated to include comments from Audi.)