Charles D. Strang, Jr. lived a long and vibrant life filled with an obsession for technical innovation and a passion for racing. He produced milestones in marine, automotive and aerospace development, and although his accomplishments have touched nearly all of us, he remains unheralded even after his quiet passing on March 11 at the age of 96.

Such was the humble demeanor of the man born in Brooklyn in 1921. A natural competitor, young Charlie participated in organized motorboat racing from the age of 15, holding the title of New York State Champion for several years. Later, as a mechanical engineering student at the Polytechnic University of Brooklyn, he won the last contested Intercollegiate Championships in Class C Hydroplane. As the competition class ended with the onset of World War II, Strang remains the uncontested champion of that division to this day. 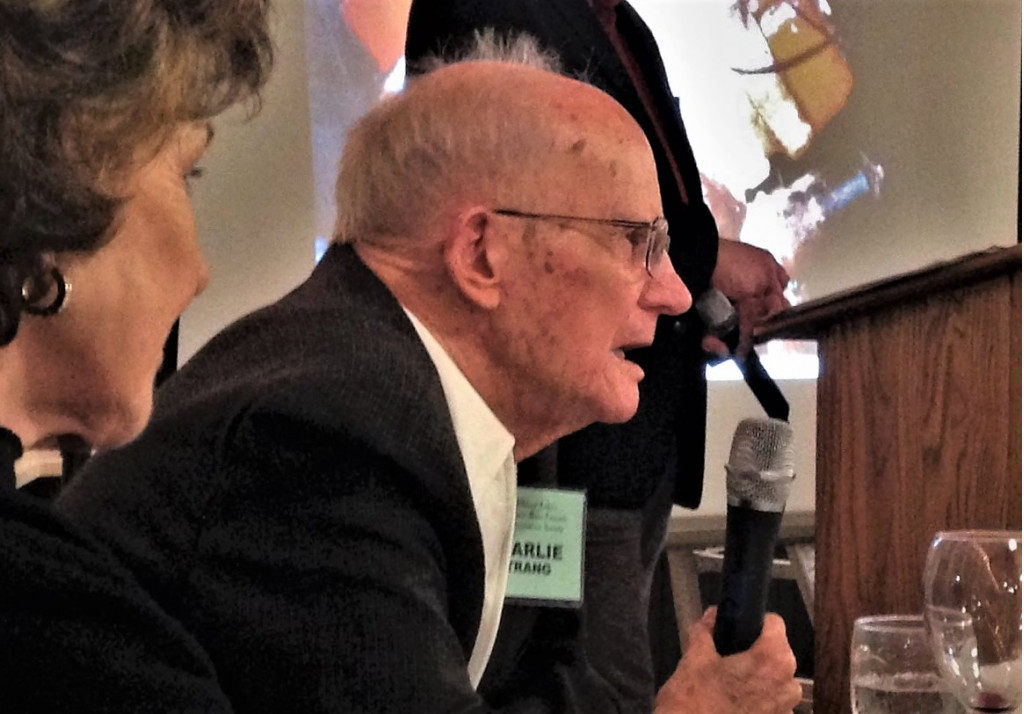 Strang enlisted in the United States Army Air Corps during the war and was assigned to Wright Aeronautical Corporation in New Jersey as a test engineer for aircraft engines. After about a year, he was transferred to the National Advisory Committee for Aeronautics (now known as NASA) where he worked on experimental turbojet aircraft engines until 1947.

Following that, he became a Research Associate in Mechanical Engineering at the Massachusetts Institute of Technology. While considering a career in academia, he was discovered by a brash industrialist named Carl Kiekhaefer and was hired away to become Director of Research at outboard motor manufacturer at Kiekhaefer (Mercury) Marine.

Strang had barely settled into the job when he was told by Kiekhaefer that the company was going to participate in the 1951 Pan American Road Race in Mexico. Utilizing two brand-new 1951 Chrysler Saratogas, the engineering department at Mercury was turned upside-down in a mad scramble to prepare the cars for the race only three weeks away. Strang’s first task at his new job would diverge from marine engineering to designing a dual-quad intake manifold for a Chrysler FirePower V8 engine. 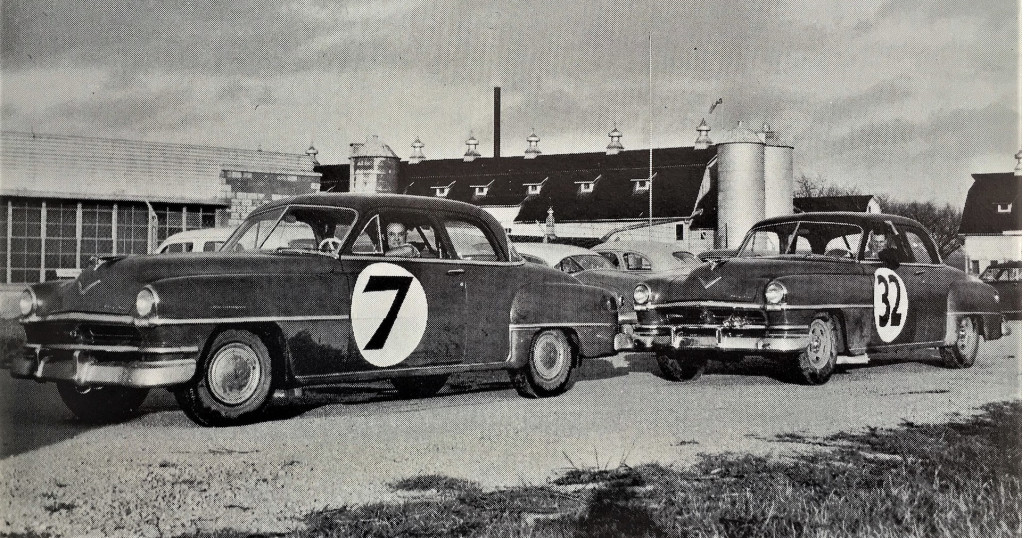 As the new team’s first major racing effort, there was much to learn. The 4,000-mile drive from the company’s Fond du Lac, Wisconsin, headquarters to the event’s starting line took a toll on man and machine, with breakdowns of both occurring en route. Nonetheless, at the hands of stock car champion Tony Bettenhausen and sports car champion John Fitch, the Kiekhaefer Chryslers finished an impressive third, behind only the exotic Ferrari factory-sponsored cars.

Thus began Kiekhaefer’s flirtation with automotive competition that would dominate and elevate early stock car racing and establish Mercury as a boutique tuner of Detroit iron for decades to come. Frustrated with perceived rule inequalities in the Mexican road race, Mercury turned their attention to NASCAR, winning an unprecedented string of team victories in 1955 and securing two Grand National championships in 1955 and 1956.

Under Strang, the Mercury team brought professionalism to NASCAR. The racing program introduced choreographed pit stops, uniformed team members, spotless team transporters and well-paid drivers, all of which contributed to the model that NASCAR uses today. 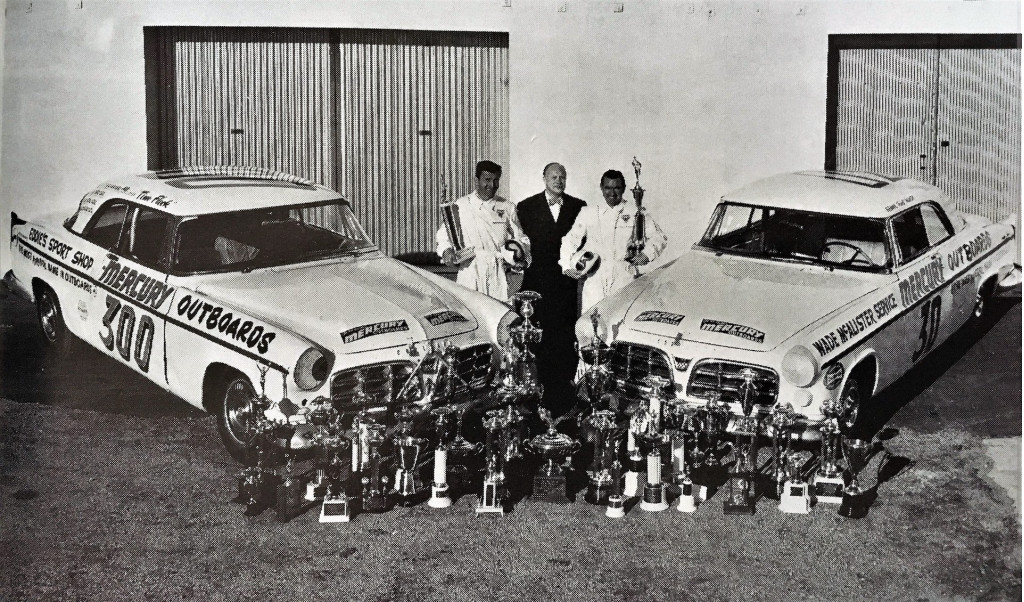 More importantly, this success was achieved by an unflinching dedication to playing within the rules in a sport that was famous for skirting them. That dedication led Strang to being named national commissioner for NASCAR in 1998, a position he held for a decade. During his tenure, he oversaw the investigation of the 2001 accident that killed superstar driver Dale Earnhardt. Numerous safety improvements were introduced in the aftermath of the tragedy.

The rigors of racing introduced a remarkable period of innovation at Mercury under Strang’s engineering leadership. Teardowns of failed engines identified ingested dirt as a culprit, which led to Kiekhaefer and Strang’s invention of the paper air-filter element, replacing the oil-bath systems that were prevalent at the time. The paper air filter is now industry standard on passenger vehicles worldwide.

But the tempestuous Kiekhaefer again believed the deck was stacked against his privateer team and pulled his company out of auto racing completely by 1957, having set a number of speed records with Strang’s highly tuned Chrysler 300 race cars.

With the focus back on outboard motors, Strang’s engineers produced some of the fastest and most innovative marine propulsion systems in the world. Strang himself is credited for the invention of the modern-day stern drive, which coupled a lower drive unit with an inboard-mounted automobile engine. The idea dates back to a design Strang drew on a napkin while at M.I.T. in 1948. 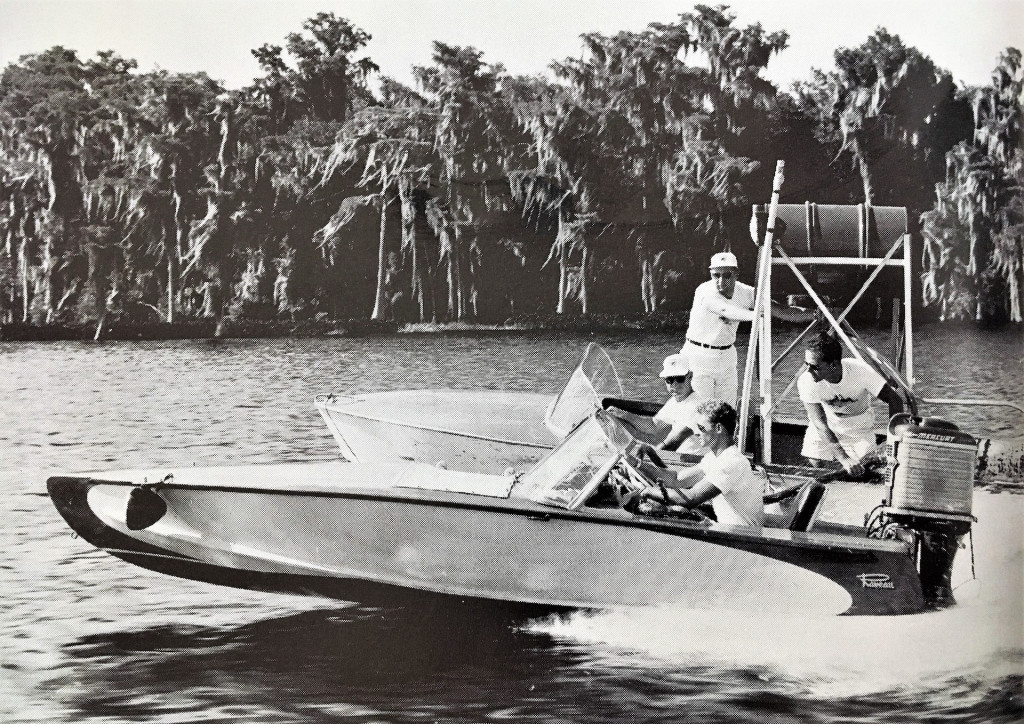 Strang served as president of the American Power Boat Association and the U.I.M., an international federation that governs powerboat racing. He also was given the American Vocations Success Award by President George Bush in 1989 and was enshrined in the Mopar Hall of Fame in 1985.

Perhaps Strang’s legacy was summed up ironically by the dying words of his longtime boss, Carl Kiekhaefer. “Tell Charlie to forgive me,” Kiekhaefer purportedly said.

I once asked Strang what he thought that meant, and he didn’t know. Perhaps it reflects Kiekhaefer’s regret that Strang never received the credit he deserved, in that this brilliant engineer was satisfied to let others take the limelight while working so diligently in their shadows.

This article, written by William Hall, was originally published on ClassicCars.com, an editorial partner of Motor Authority.