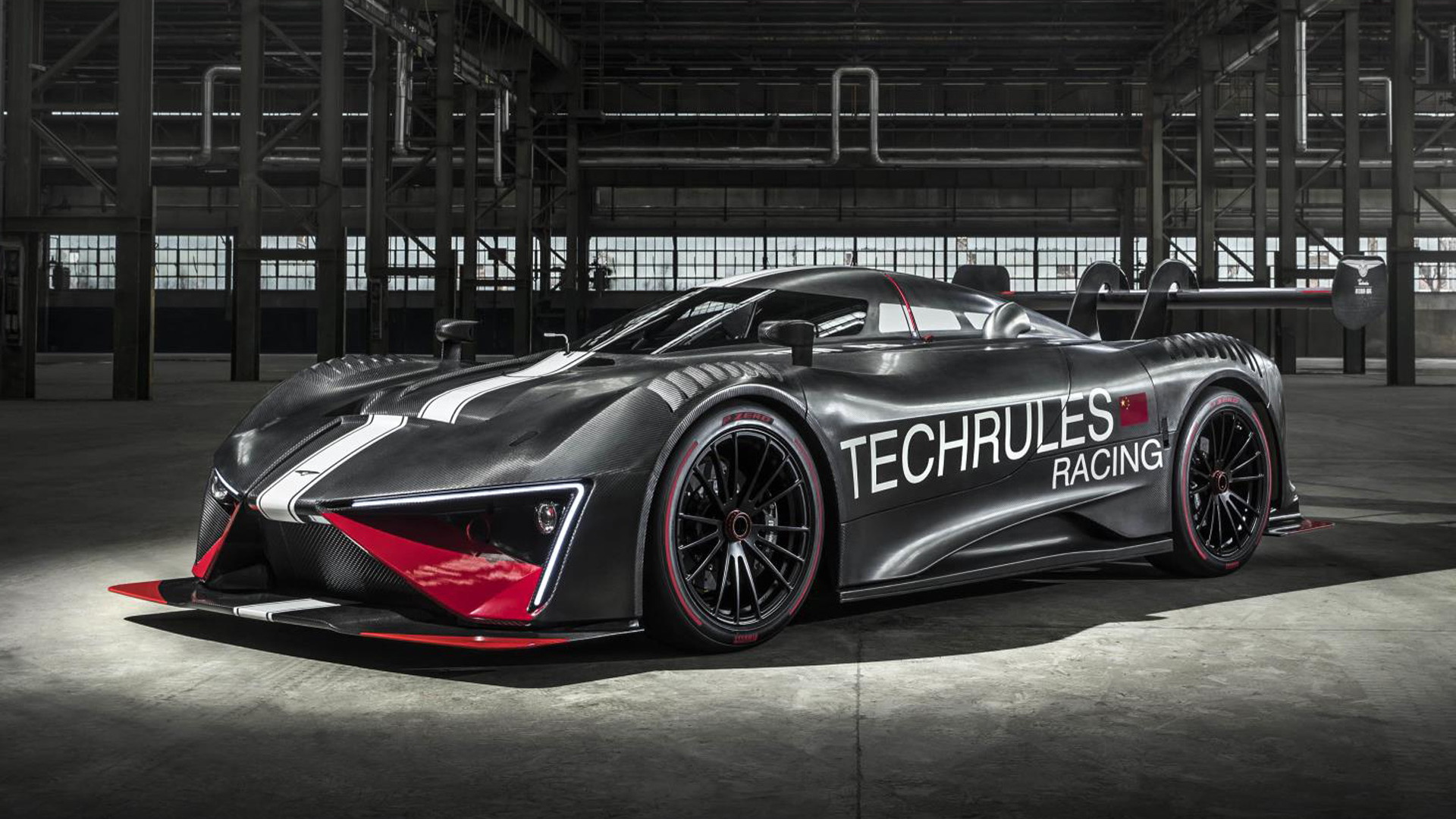 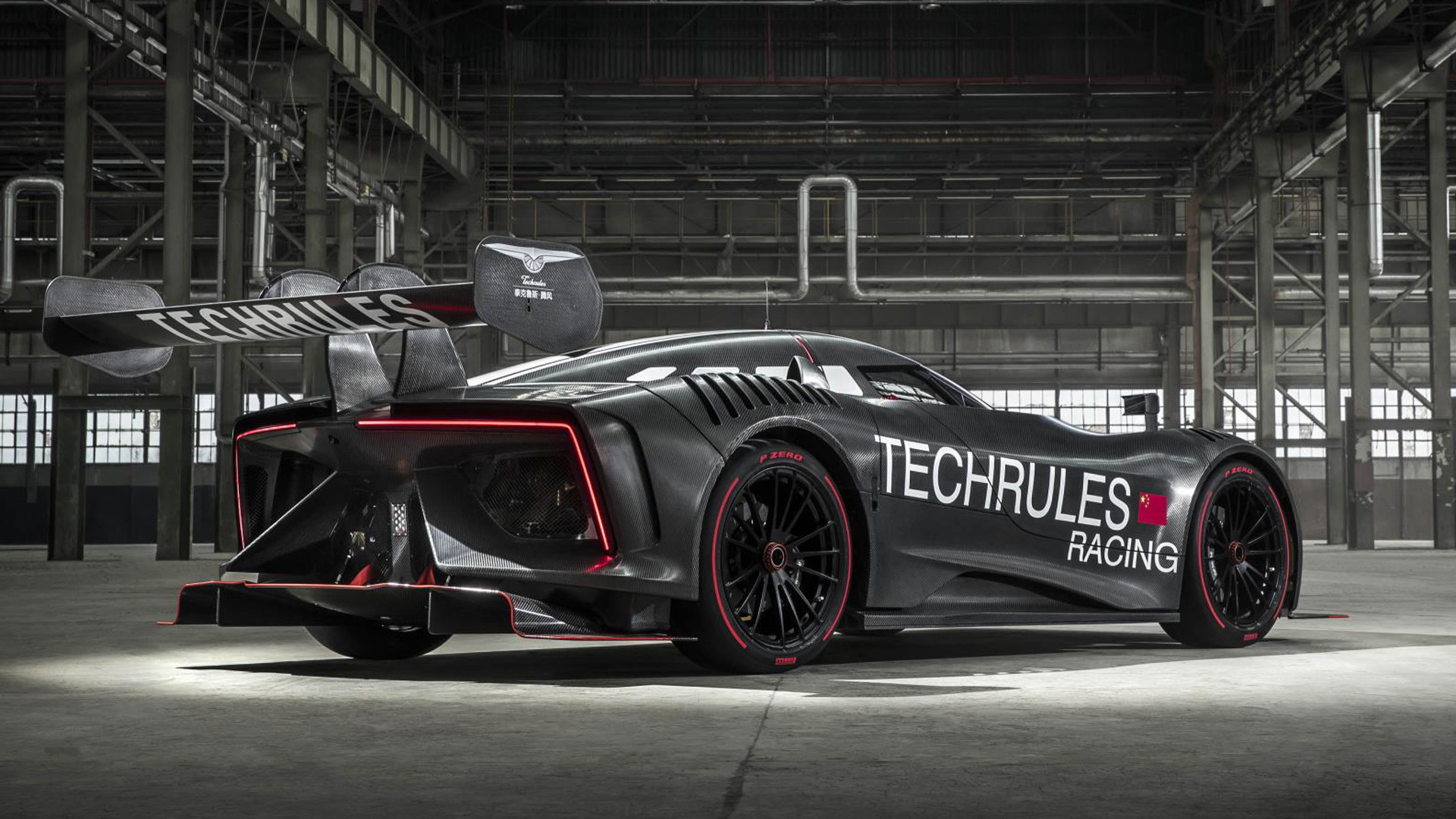 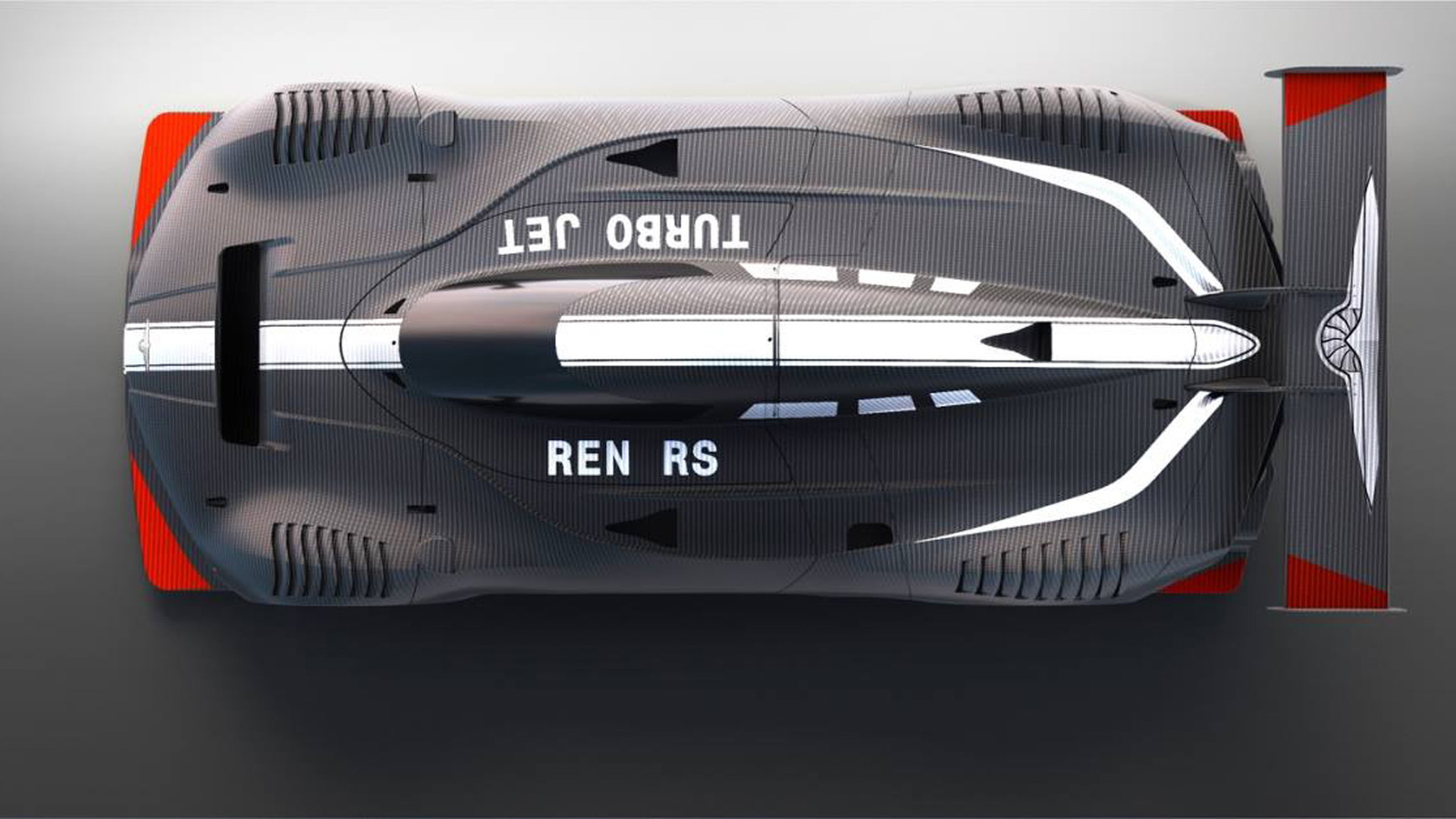 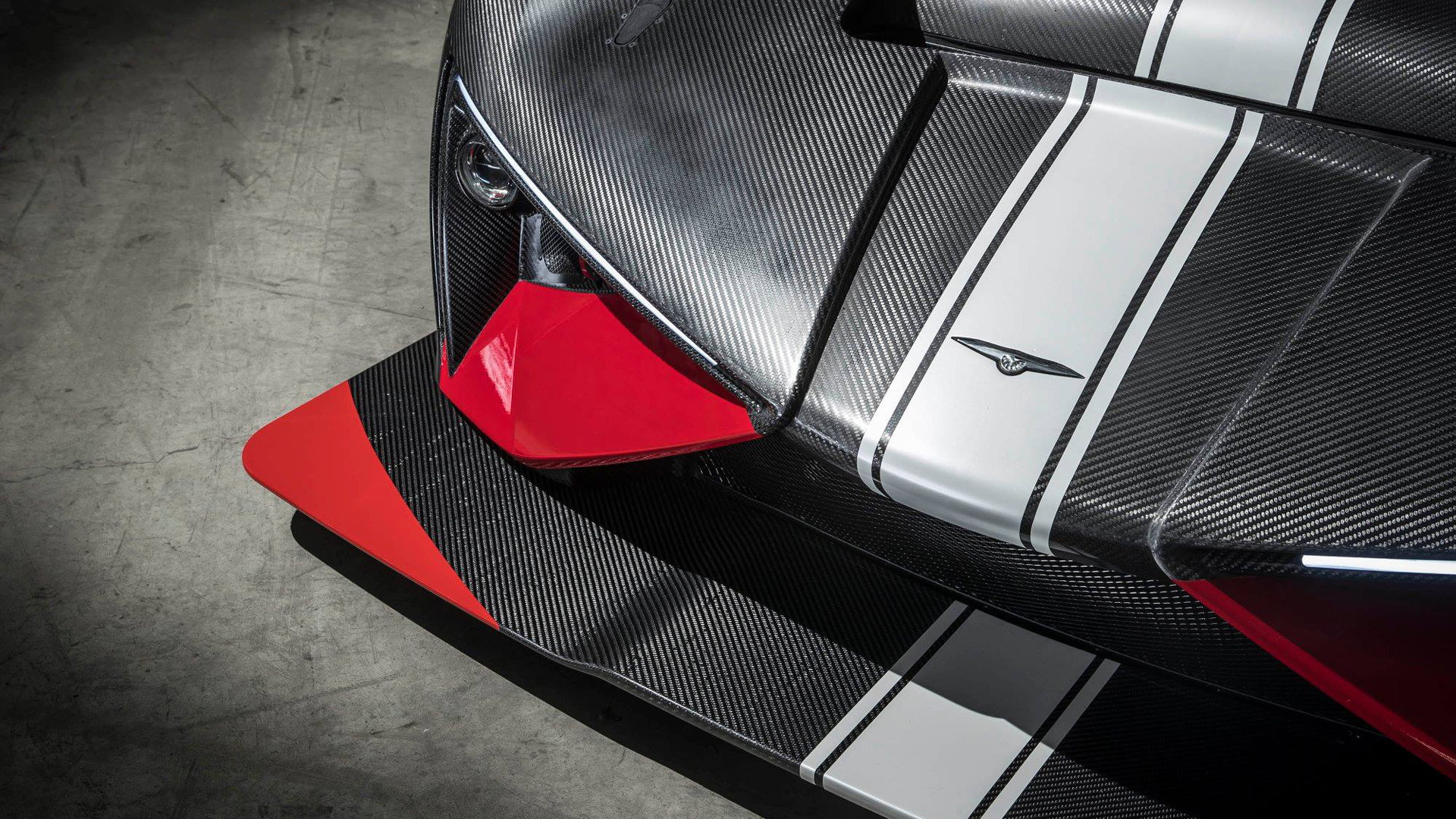 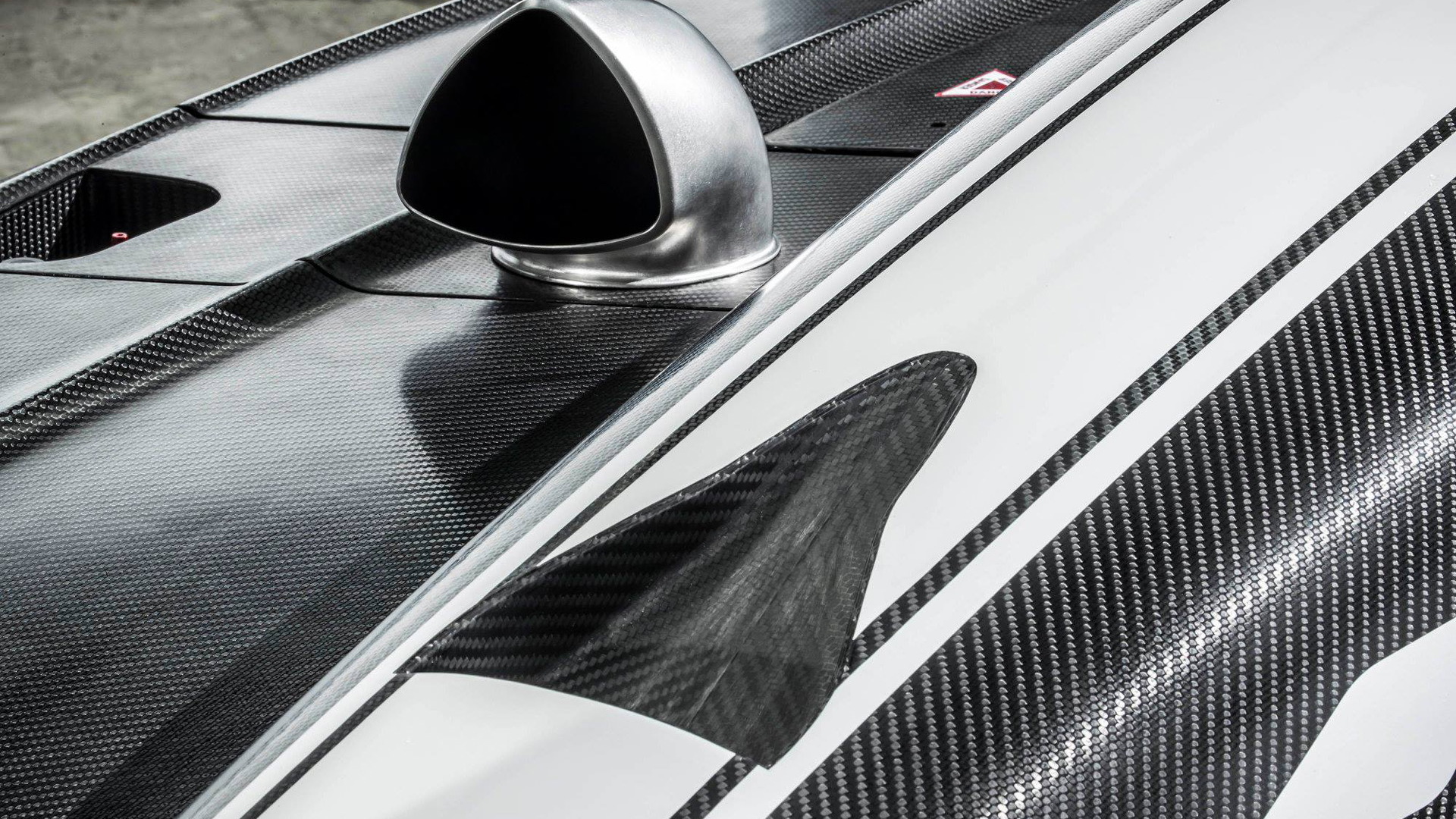 At the 2017 Geneva International Motor Show, Chinese startup Techrules shocked with its Ren supercar. The extended-range electric supercar boasted a central seating position, 1,287 horsepower, and looks designed by none other than famed Giugiaro.

At the 2018 Geneva show starting Tuesday, we'll see this more hardcore version designed strictly for track use. Called the Ren RS, the track-focused version ditches the previous road car's 3-seat layout for a single seat, and it also benefits from a stiffer body with extra cooling apertures.

Techrules envisions offering the Ren RS in two guises. The standard setup has an electric motor at each wheel generating a combined 858 hp and 1,150 lb-ft. A 6-motor design has an additional electric motor at each of the rear wheels, lifting output to 1,287 hp and 1,725 lb-ft. This is enough to propel the Ren RS from 0-62 mph in 3.0 seconds and see it hit a top speed of 205 mph.

Techrules also provided information on the car's battery, in this case a 28.4-kilowatt-hour lithium-ion unit. The company also said its Turbine-Recharging Electric Vehicle (TREV) system, which employs diesel-powered micro-turbine technology to drive a generator and rapidly charge the battery pack, could be licensed to other firms.

Techrules says its customers will be able to choose from either one centrally-mounted turbine configuration, or a high-power density twin setup, with the turbines positioned either side to the rear of the cockpit.

With a full charge of the battery and 21 gallons of diesel, Techrules estimates the Ren RS could return a range of 727 miles.

Techrules previously imagined production of the Ren would begin early this year, but the company now says the car will only launch in two years' time. Currently, the priority is to set up strategic partnerships to manufacture the Ren and Ren RS. And in the longer term, the goal is to build a portfolio of cars with the TREV system as a differentiator. The thing is, Techrules isn't the only company promising turbine-equipped extended-range electric cars. Another Chinese startup by the name of Hybrid Kinetic plans similar technology and will show up to the Geneva show with the Pininfarina-styled HK GT concept.

To learn about some of the other vehicles appearing in Geneva, visit our dedicated hub.