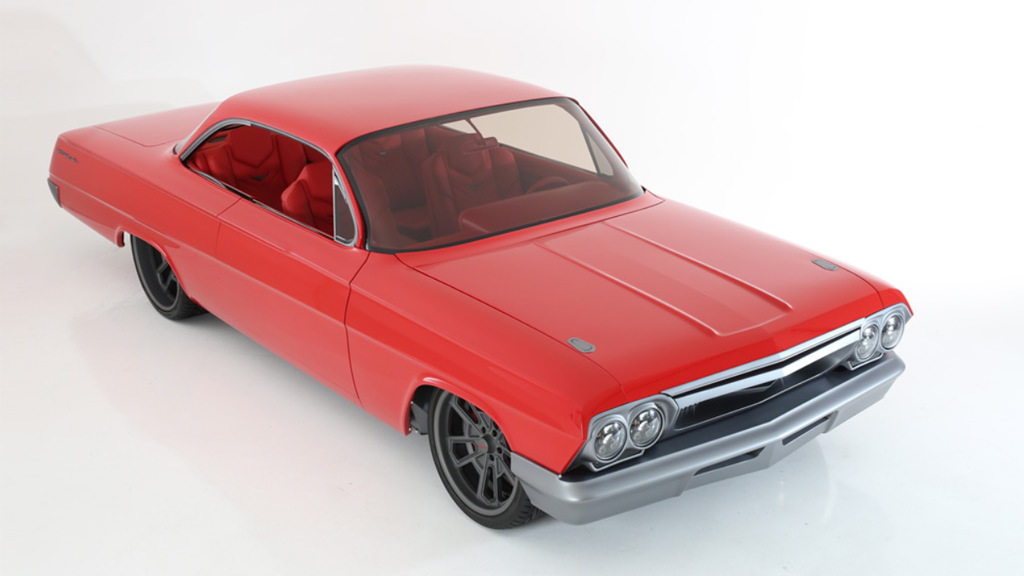 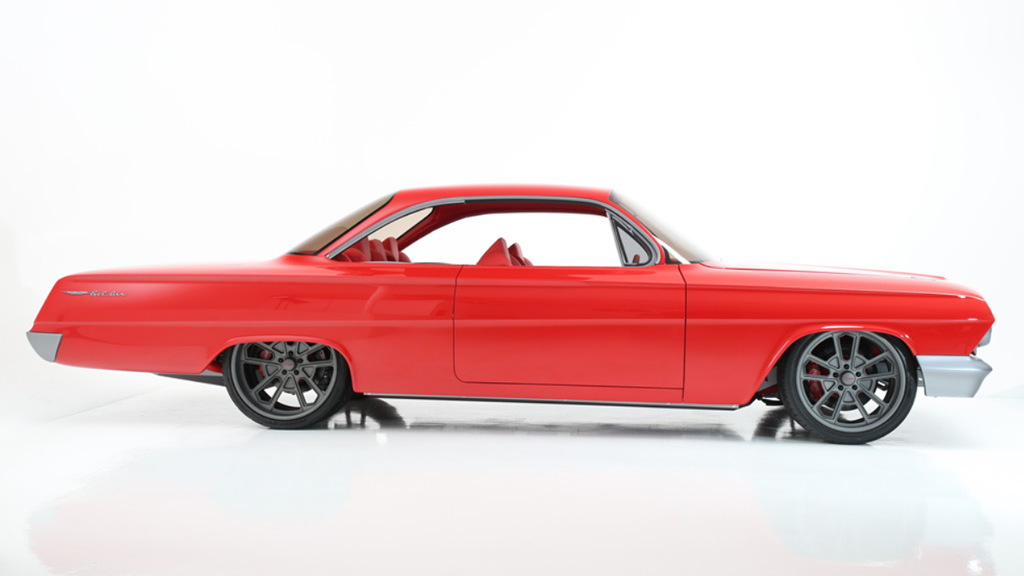 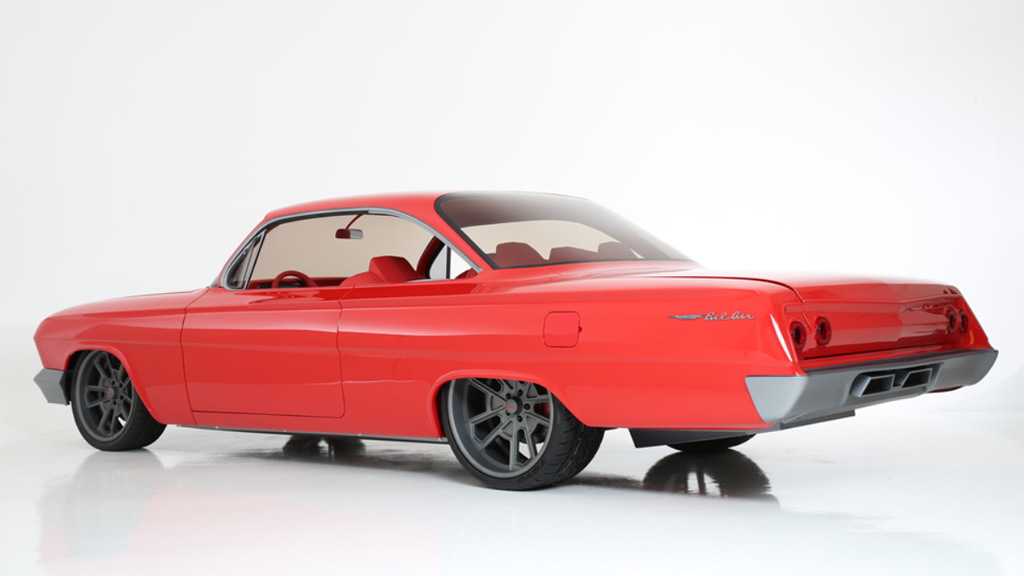 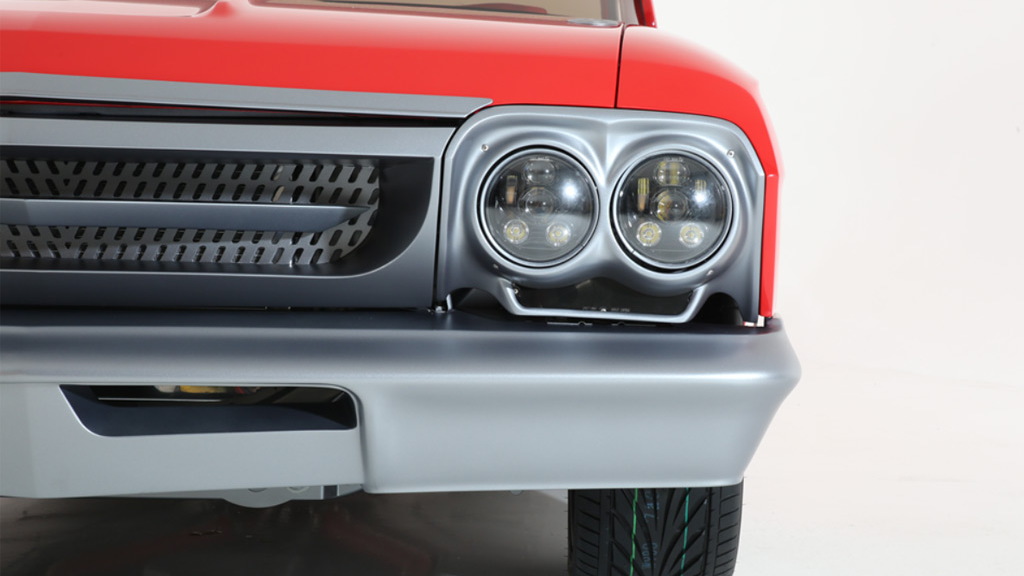 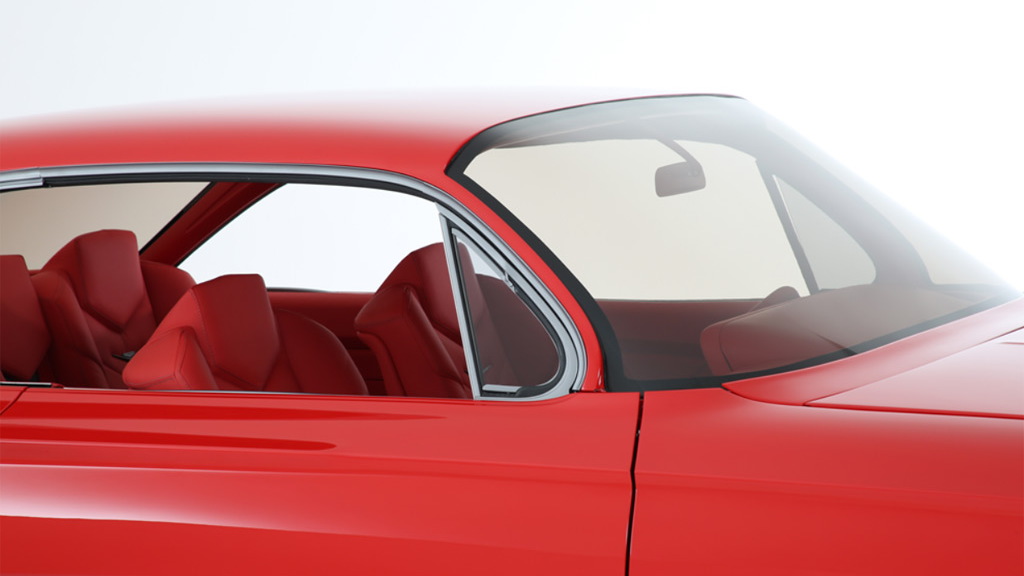 Ralph Holguin is the owner of RMD Garage, which is a Long Beach-based custom car shop. It's a shop that is the focus of a show on Velocity, but today we're focusing on one of the vehicles from the shop. The car is nicknamed Sanity, and it's a beautifully restored and modified 1962 Chevrolet Bel Air.

When Chevy was building the 1962 Bel Air, it offered a few body style configurations. One was called the Sport Coupe. A handful of those were given roofs used on the earlier 1961 model year Bel Air, and it gave the vehicles a distinctive style. The term Bubble Top was applied to these '62 Bel Airs, and that's the vehicle Holguin sought out for this project build, which he recently took to visit Jay Leno's Garage.

He tells Leno about the initial purchase of the car, which he believed at the time to be a very clean example. Only when the paint was stripped down did he realize that the Bel Air had been poorly repaired at some point. He was dejected, but instead of dwelling on the disappointment he turned around and created Sanity.

Up front you'll find a face that's been modernized yet still makes use of classic lines. It's a great blend of old and new. Inside, there's a sea of red that matches the lovely exterior paint scheme. It's all heavily customized and done to a high degree of quality.

Holguin eventually opens up the hood to show Leno the LS3 6.2-liter V-8 engine sitting between the fenders. It's pushing out 555 horsepower, which is quite a bit more than you would have experienced back in 1962. Thankfully, there's an Art Morrison chassis sitting underneath the body to help properly handle all of that added power.

Eventually the pair put the car on Jay's lift to examine the bottom end. It's one of the cleanest undersides you're likely to see. Jay even remarks as such as the two take in all of the custom components built for the project. Because of the cleanliness of the car and the condition of the local roads, we don't get to see it on the move. It's also because Holguin was just about to sell the car at this month's Barrett-Jackson collector car auction in Scottsdale, Arizona. The auction took place over the weekend, with the final bid on Sanity coming in at $220,000.