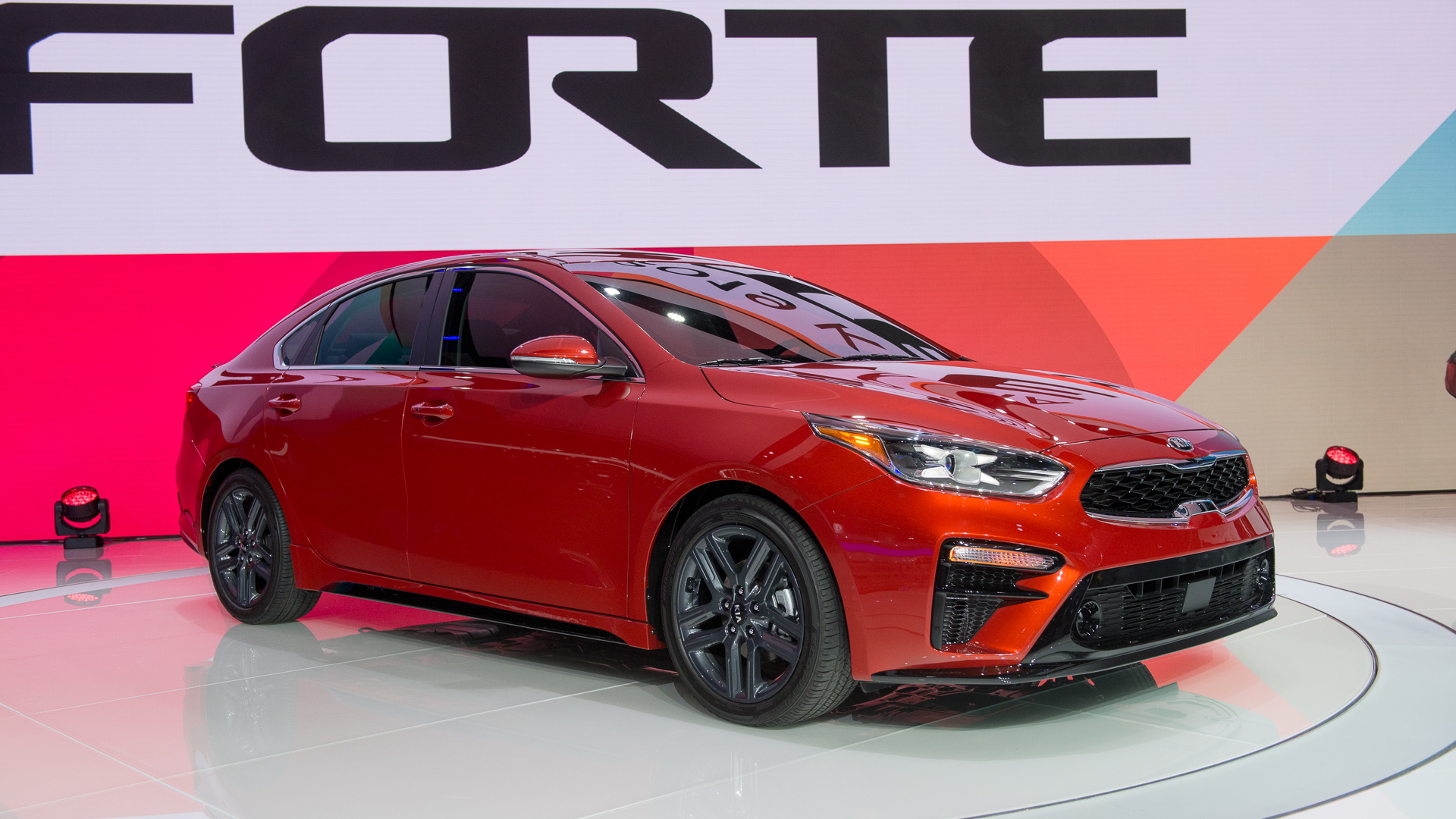 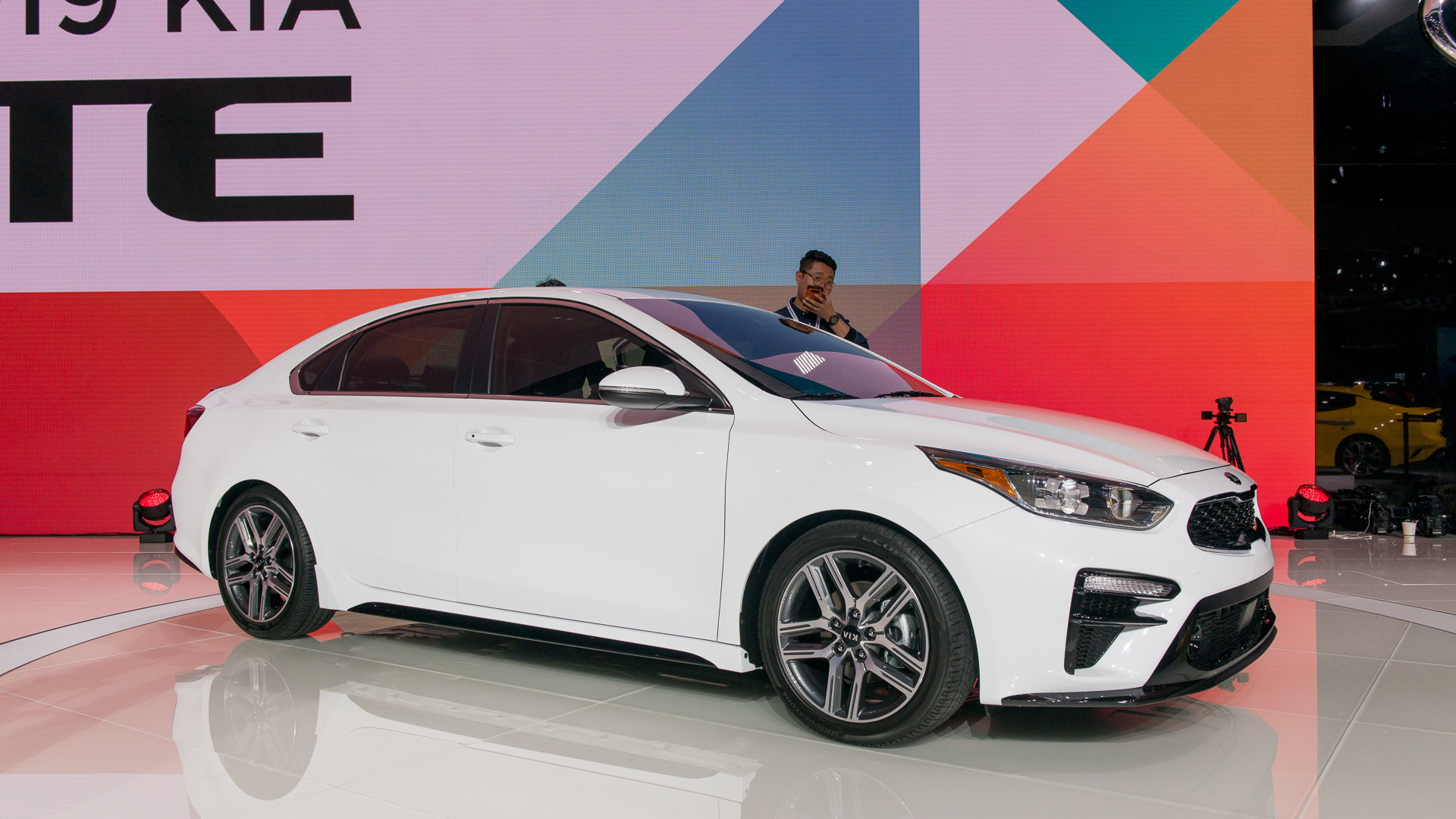 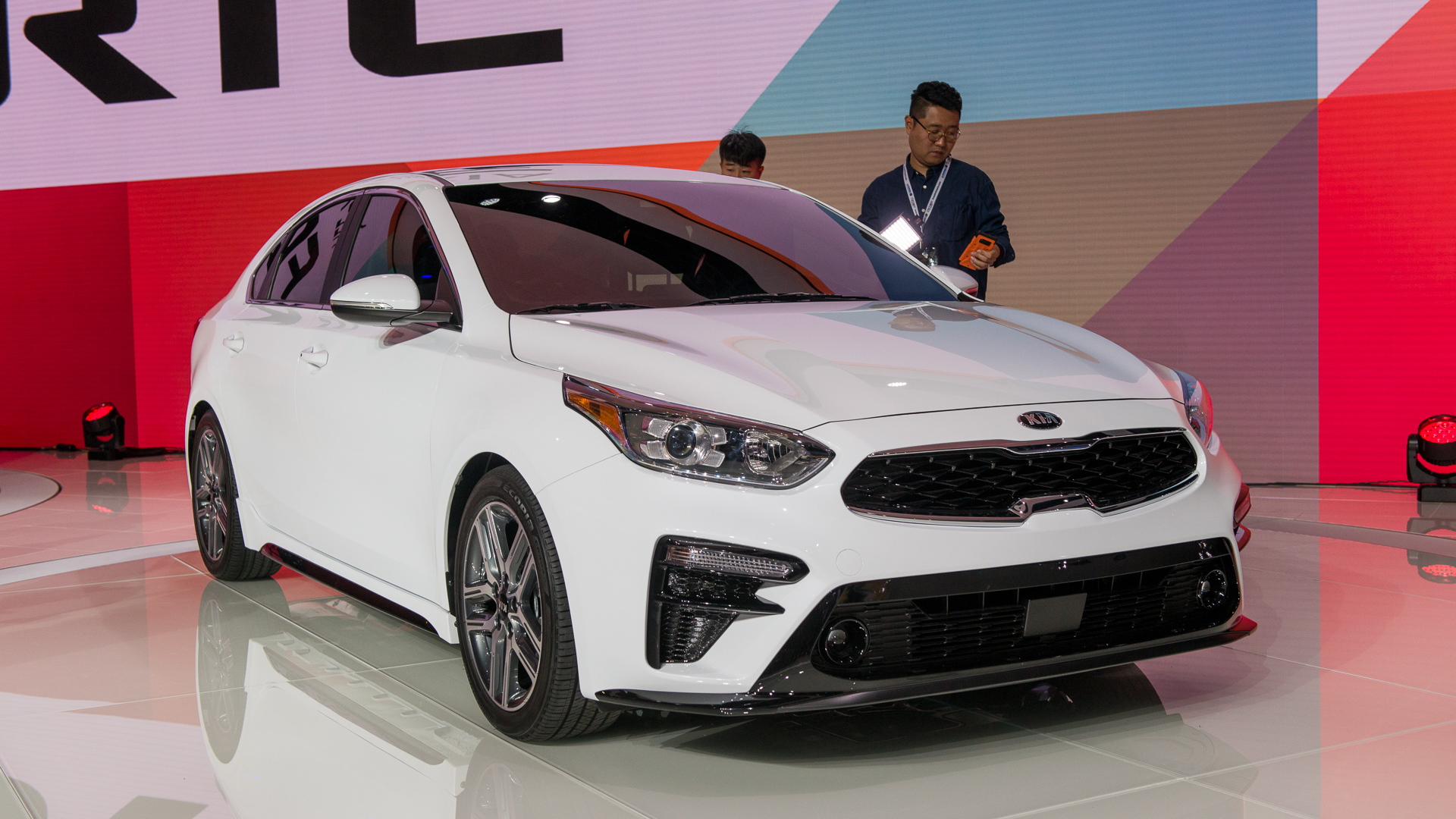 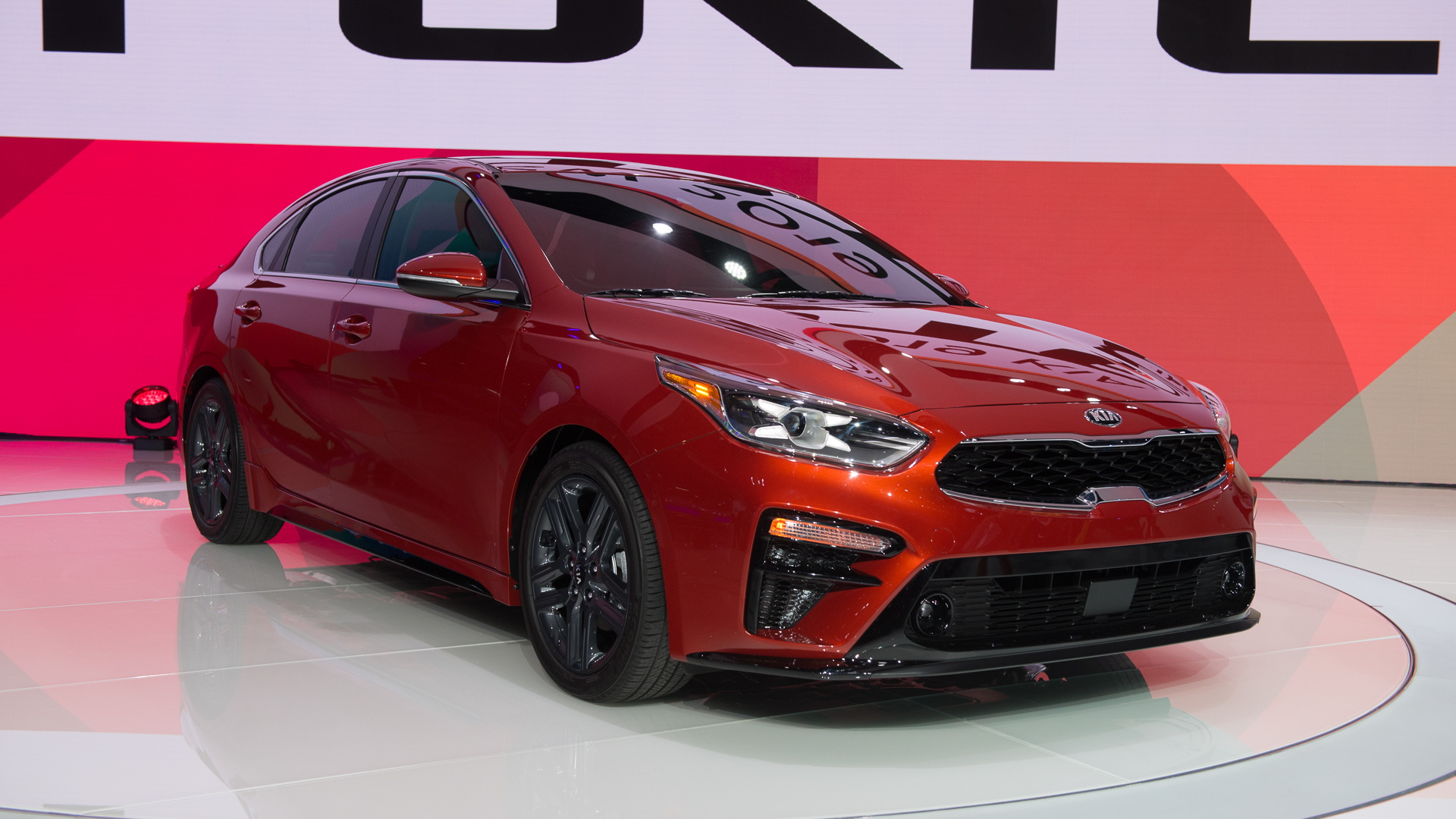 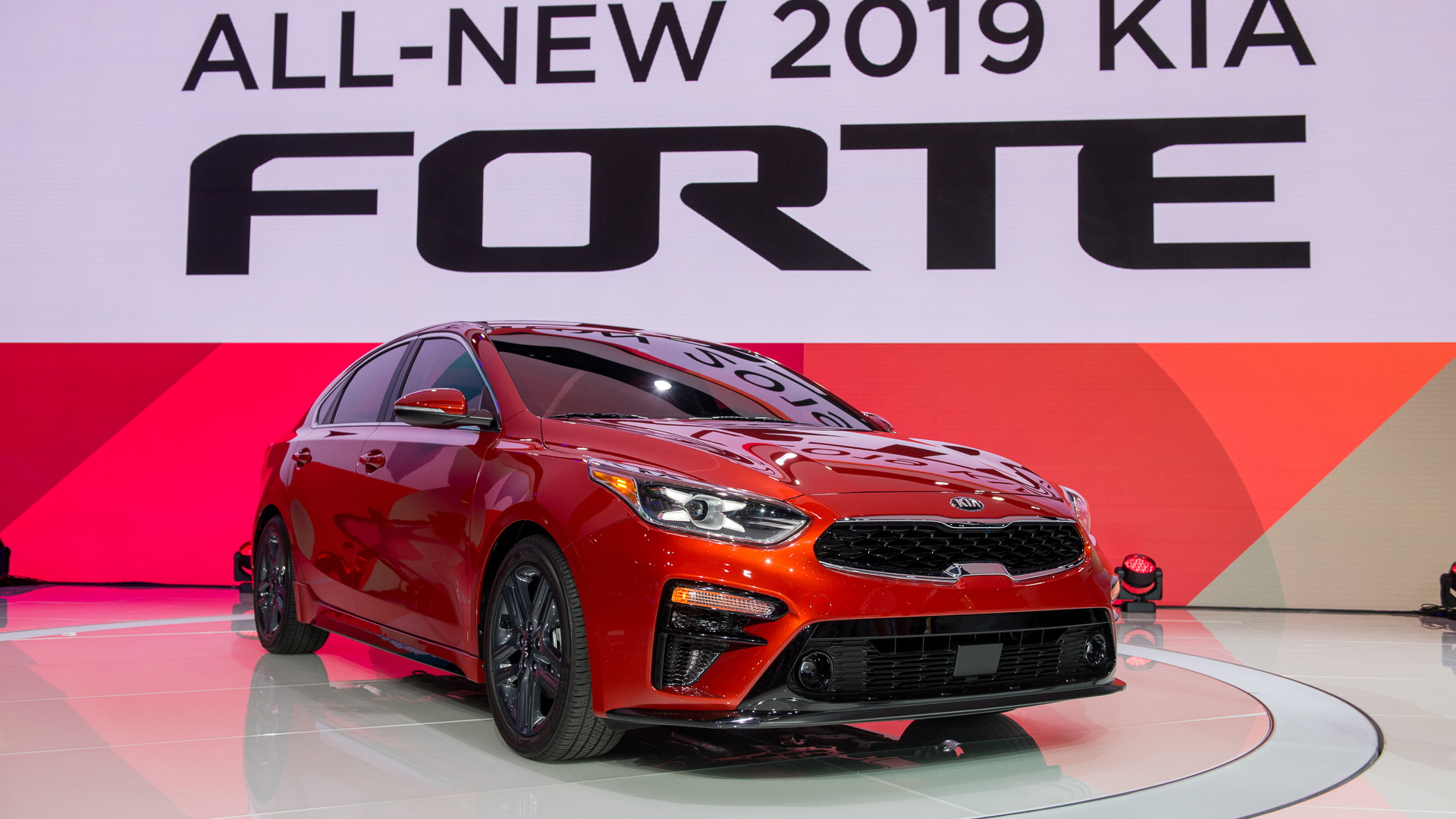 Kia aims to inject a little more class and sportier persona into its compact car with the 2019 Forte, which made its debut on Monday at the 2018 Detroit auto show.

The Forte benefits from Stinger-inspired style, notably in the front fascia and shorter rear deck. The tiger-nose grille channels the Stinger most and Kia said the headlights also recall the brand's sport sedan. At the rear, the swept-back look continues with a horizontal strip that connects the taillights. Inside, the cabin features more horizontal shapes and a typical floating-touchscreen unit. The aeronautically inspired vents are also akin to Kia's halo vehicle, the Stinger.

The sedan's newfound chiseled look may do its best Stinger impression, but the powertrain is far from performance-oriented.

On the technology front, consumers will find a standard 8-inch infotainment screen with Apple CarPlay and Android Auto. The 2019 Forte will also offer a suite of active safety features such as blind-spot warning, lane-keep assist, and adaptive cruise control.

Expect a new Forte hatchback to arrive by the time the 2019 Forte sedan goes on sale later this year. Buyers looking for the two-door Forte Koup will have to look elsewhere, however; Kia dropped the body style at the end of 2016.

To learn about additional vehicles appearing at the Detroit auto show, head to our dedicated hub.