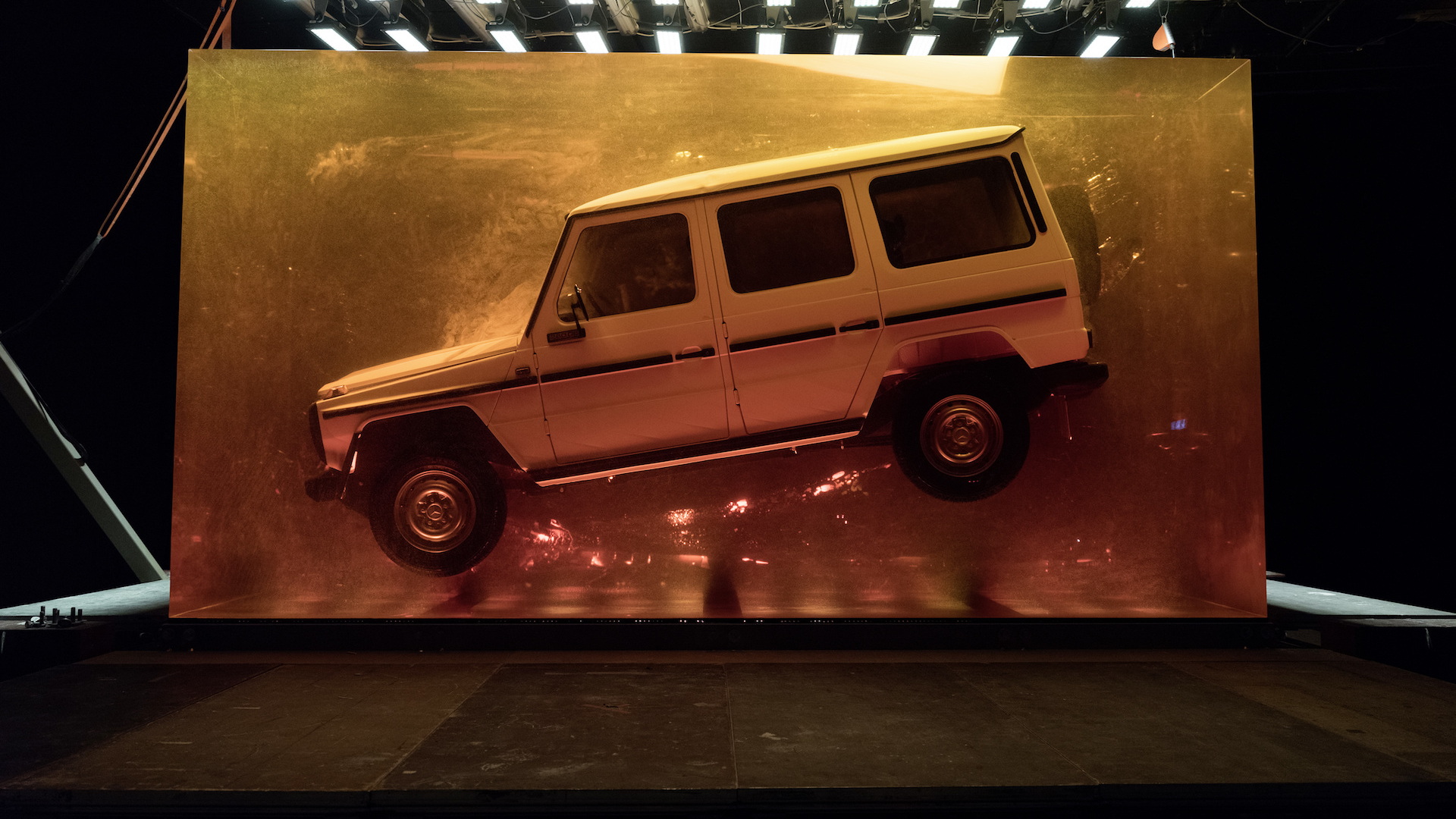 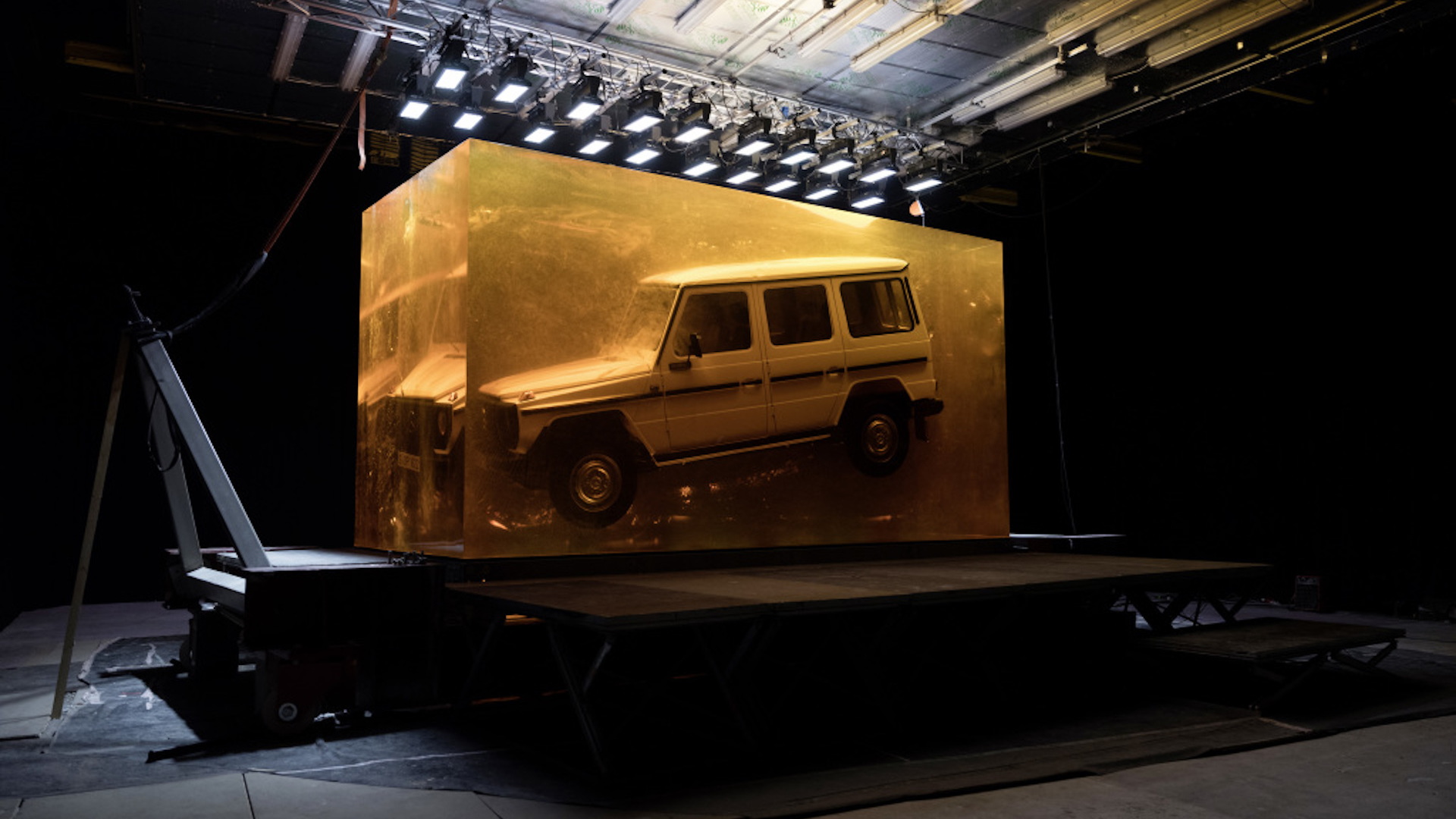 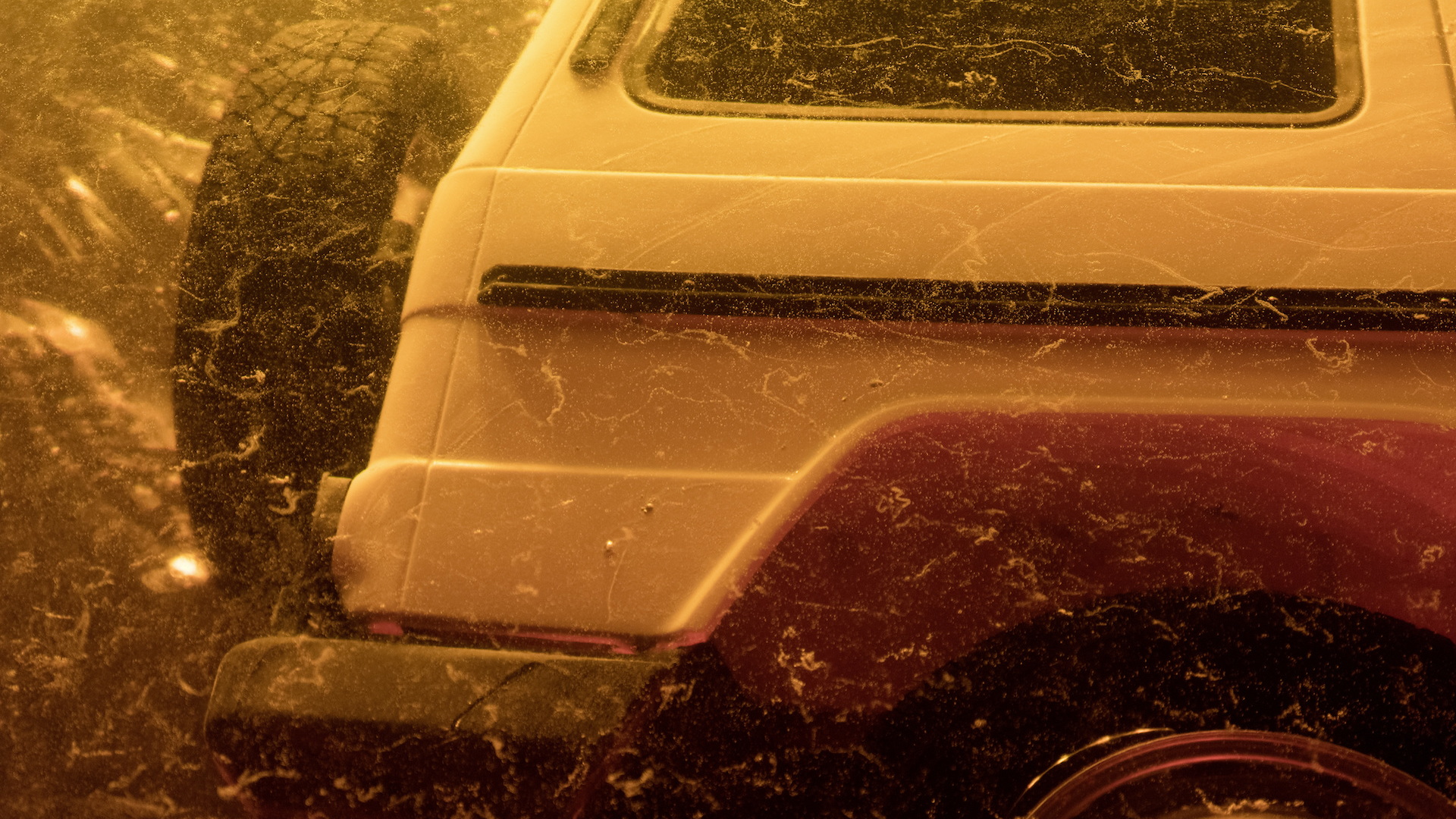 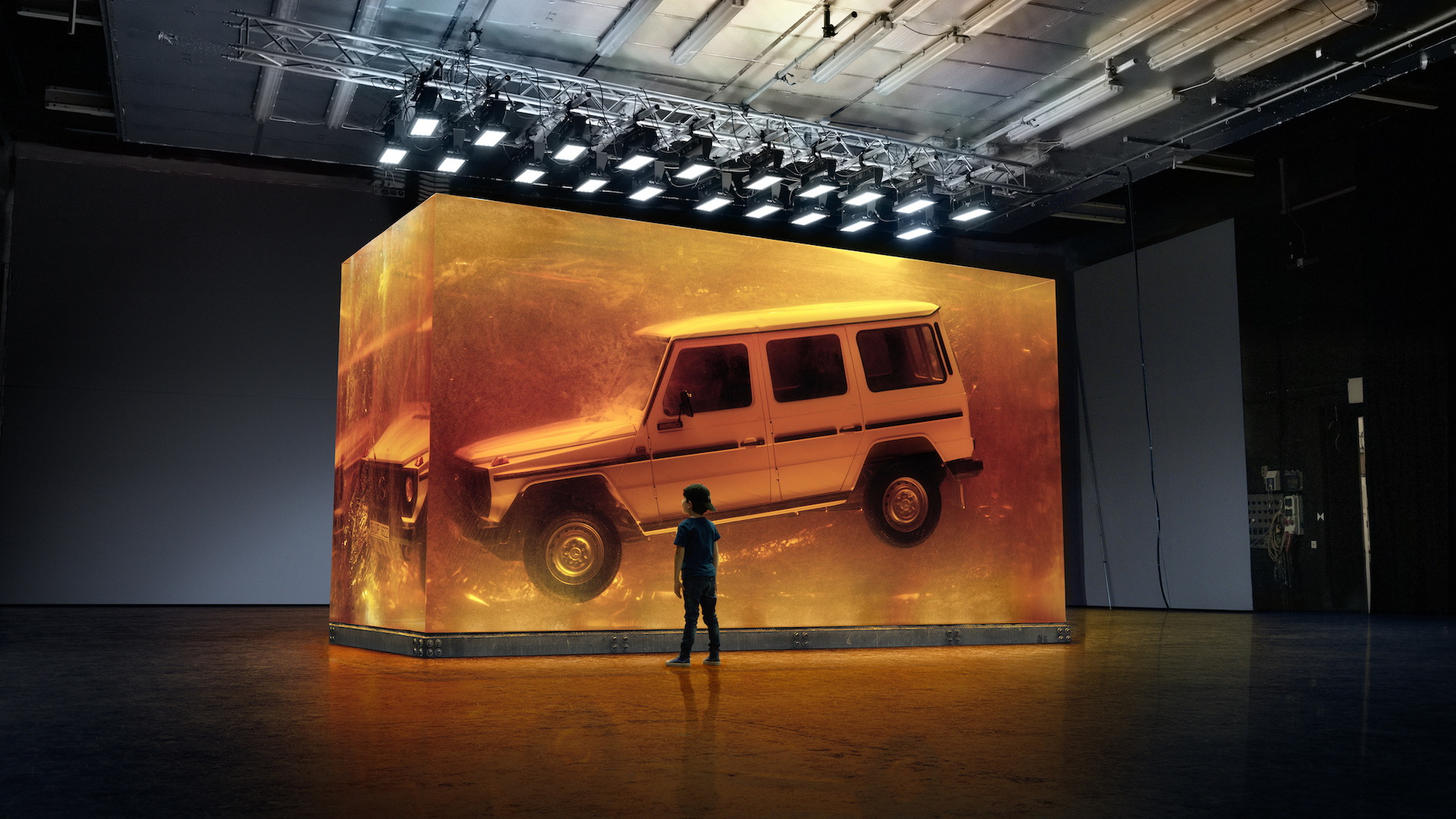 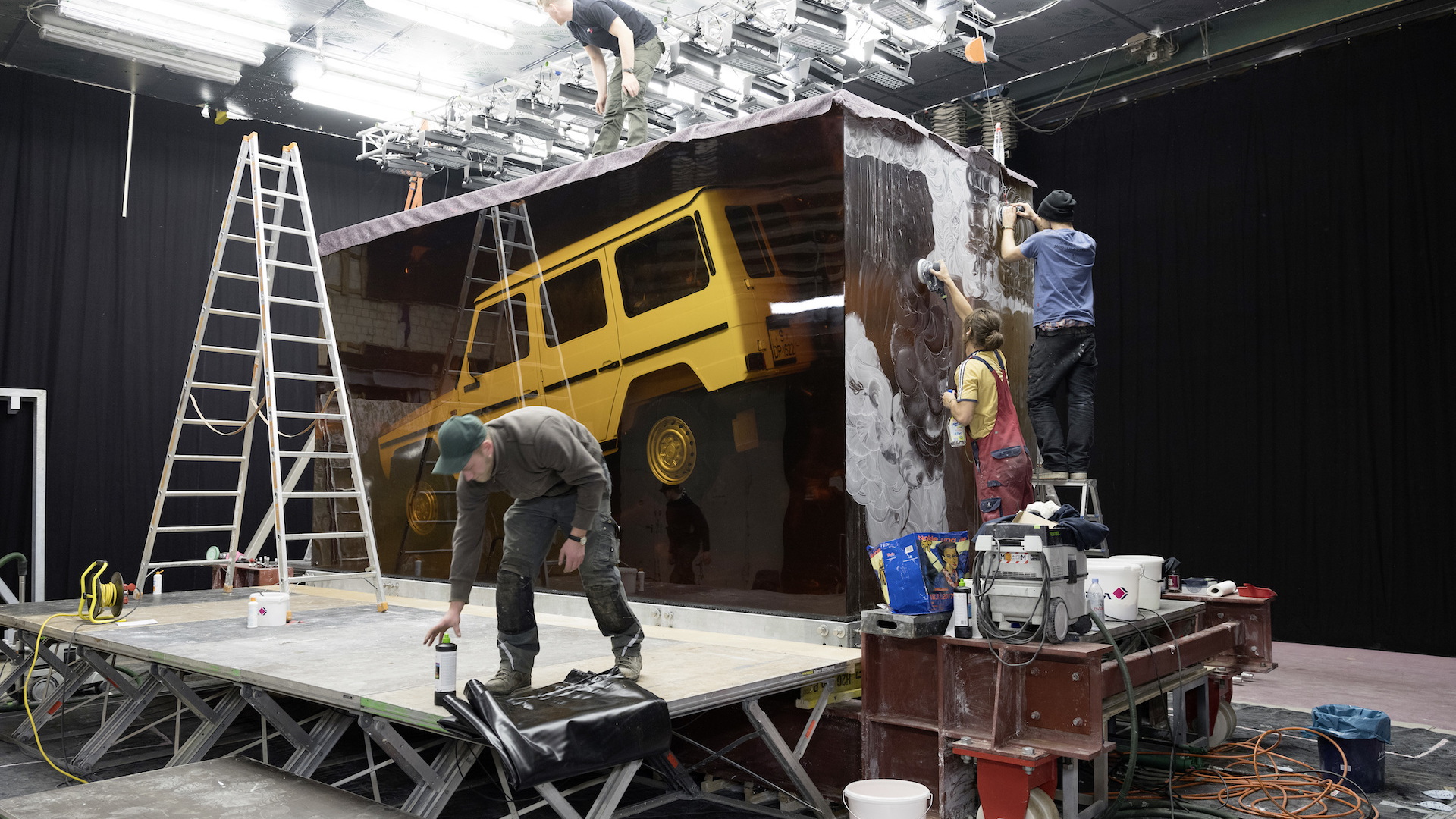 As of Friday, locals passing by Detroit's Cobo Hall, where the Detroit auto show takes place, will see something mighty peculiar. To mark the introduction of the second-generation Mercedes-Benz G-Class as a 2019 model the brand has constructed a 49-ton synthetic resin display with a 1979 G-Class wagon inside it. We could say it's of Jurassic proportions.

Mercedes-Benz didn't just build the goliath display without meaning. The brand said the encased G-Class is meant to signify the model's timelessness, and it references the natural phenomenon of insects and other creatures wholly preserved in amber. It also signals the brand passing down the original model's DNA to the 2019 G-Class.

Like ancient insects, Mercedes-Benz designed the resin encasing to portray the 1979 G-Wagon in its natural habitat, that is, driving off-road mid-adventure. The entire cube measures 18 feet long, just over 8 feet wide, and 10 feet tall. The brand also said it took 90 days to make the 49 tons of synthetic resin.

The massive monument does indeed tell a story of evolution. The 2019 G-Class will retain the iconic and boxy shape of its forebear, though slight details such as large headlights and smoother surfaces are present. The first photos of the new G-Class leaked last week ahead of the SUV's debut at the Detroit auto show.

The bigger story is the mechanicals of the new G-Class. We'll see a new ladder frame chassis with independent front suspension, a mixed-material body full of aluminum and steel, and a posh new interior with S-Class levels of luxury. Diehard fans sleep well at night; the G-Class will still boast off-roading goodies such as a live rear axle, permanent 4-wheel-drive system, and three differential locks.