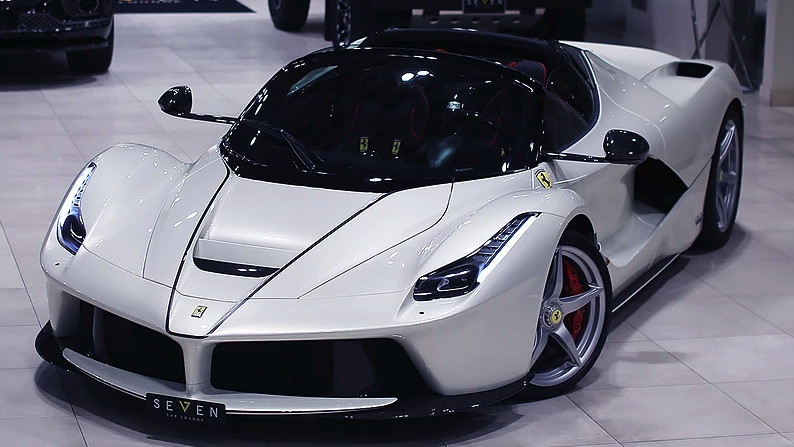 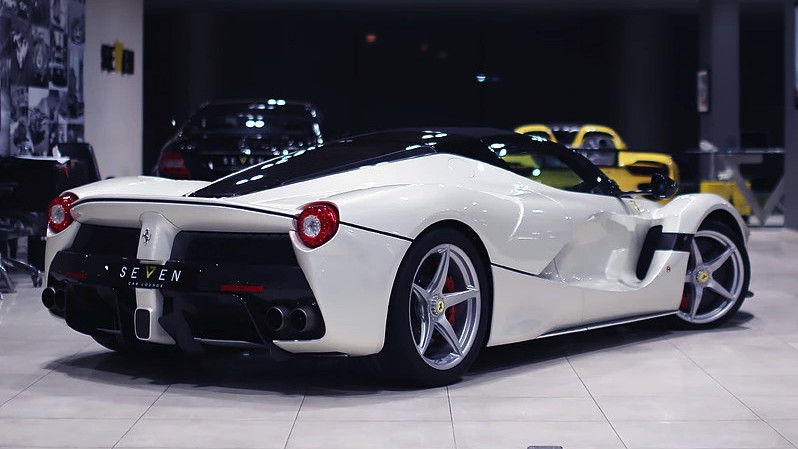 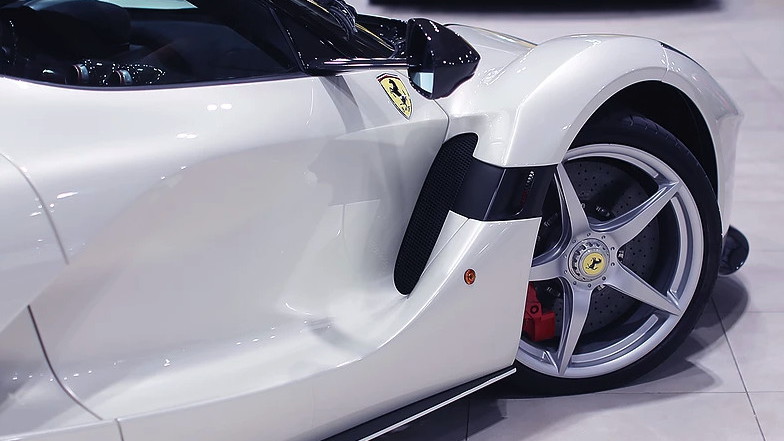 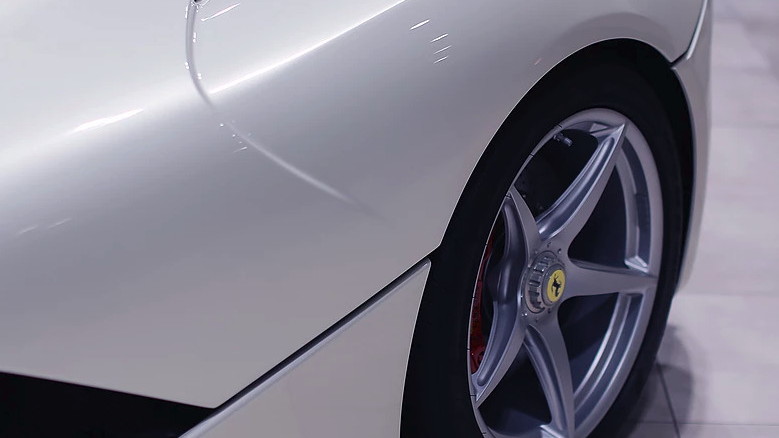 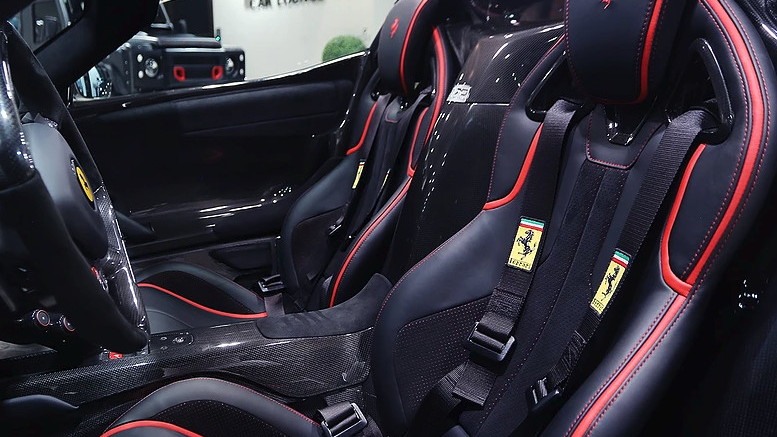 You know a car is important when the company that builds it decides to hand-pick its buyers. Many folks with beaucoup bucks raised their hands when Ferrari said it would offer an open-top version of the LaFerrari hypercar dubbed the Aperta. But hand raising wasn't enough for the rarest machine in Ferrari's stable. Prospects had to be selected, and once chosen, they had the "honor" of plunking down a seven-figure pile of cash to put the hybrid convertible in their garages.

Now, however, you can bypass that waiting game and buy an essentially brand-new Aperta.

An outfit in Saudi Arabia called Seven Car Lounge has a LaFerrari Aperta all shined up and ready to head to a new home. The mileage is simply listed as "New," which we assume means it wears delivery miles and nothing more. This means the the 6.3-liter V-12 engine still needs to be broken in, and what a joy that process would be. Once you do so, you'll be able to enjoy the full onslaught provided by the rowdy Italian engine and the partner in crime that is the HY-KERS electric powertrain. Combined, the system is good for 950 horsepower and 664 pound-feet of torque.

There's no price posted on the listing page. It's quite possible, however, that what was a seven-figure car when new is now an eight-figure car. Ferrari only built 210 LaFerrari Aperta examples. Car number 210 was built to be sold in a charity auction and it fetched an eye-opening $10 million. Pre-auction estimates pegged the value somewhere in the $4 million range, but a charity auction can quickly jump to stratospheric heights.

Beyond the simple listing of this stunning white Aperta on the Seven Car Lounge website, we don't have many more details. Maybe Gordon Ramsay didn't drive his car very often and decided to flip it. Or maybe one of the 208 other Aperta owners realized they were sitting on a gold mine in Ferrari form and is ready to realize a return on their hefty investment.