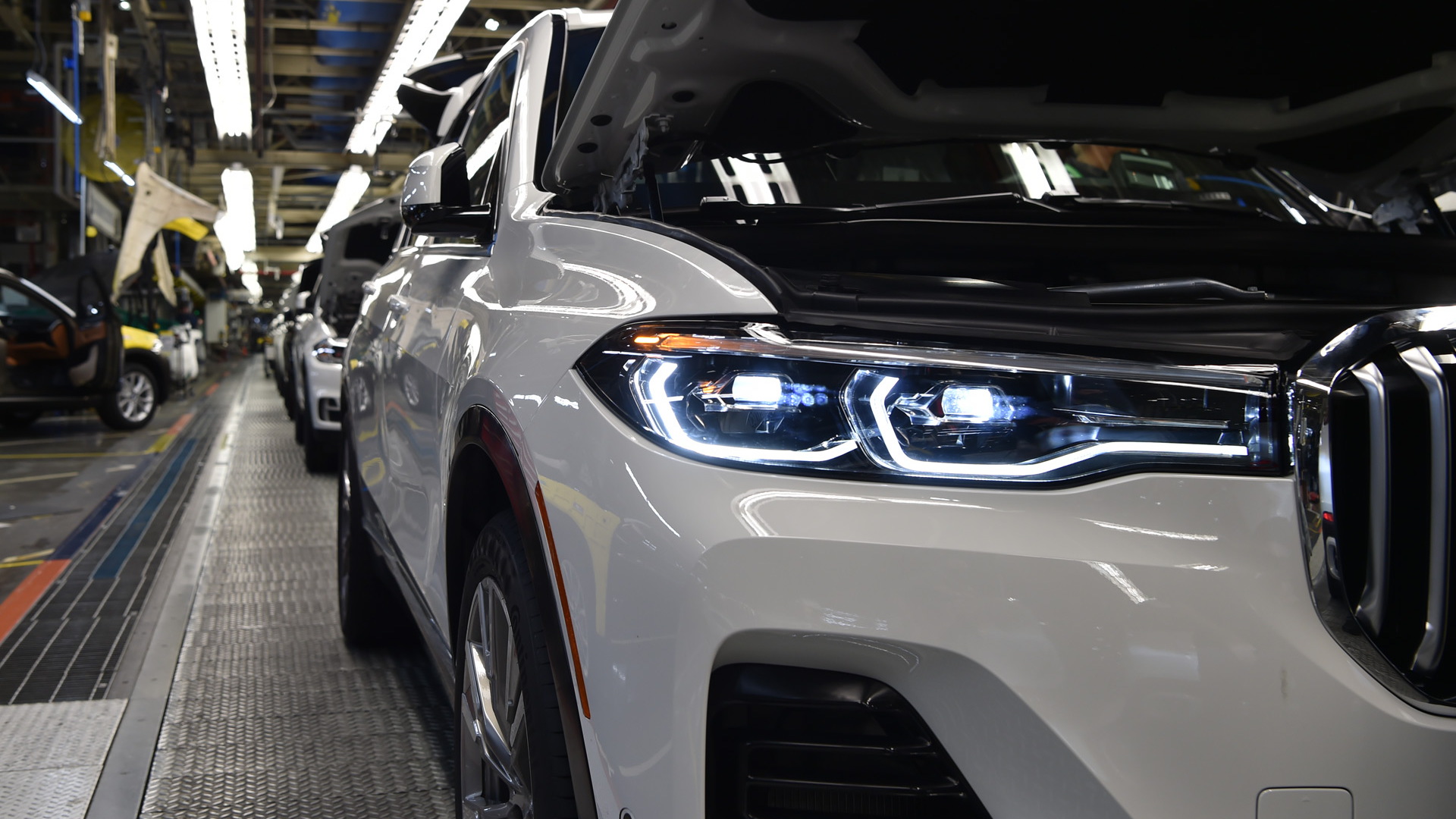 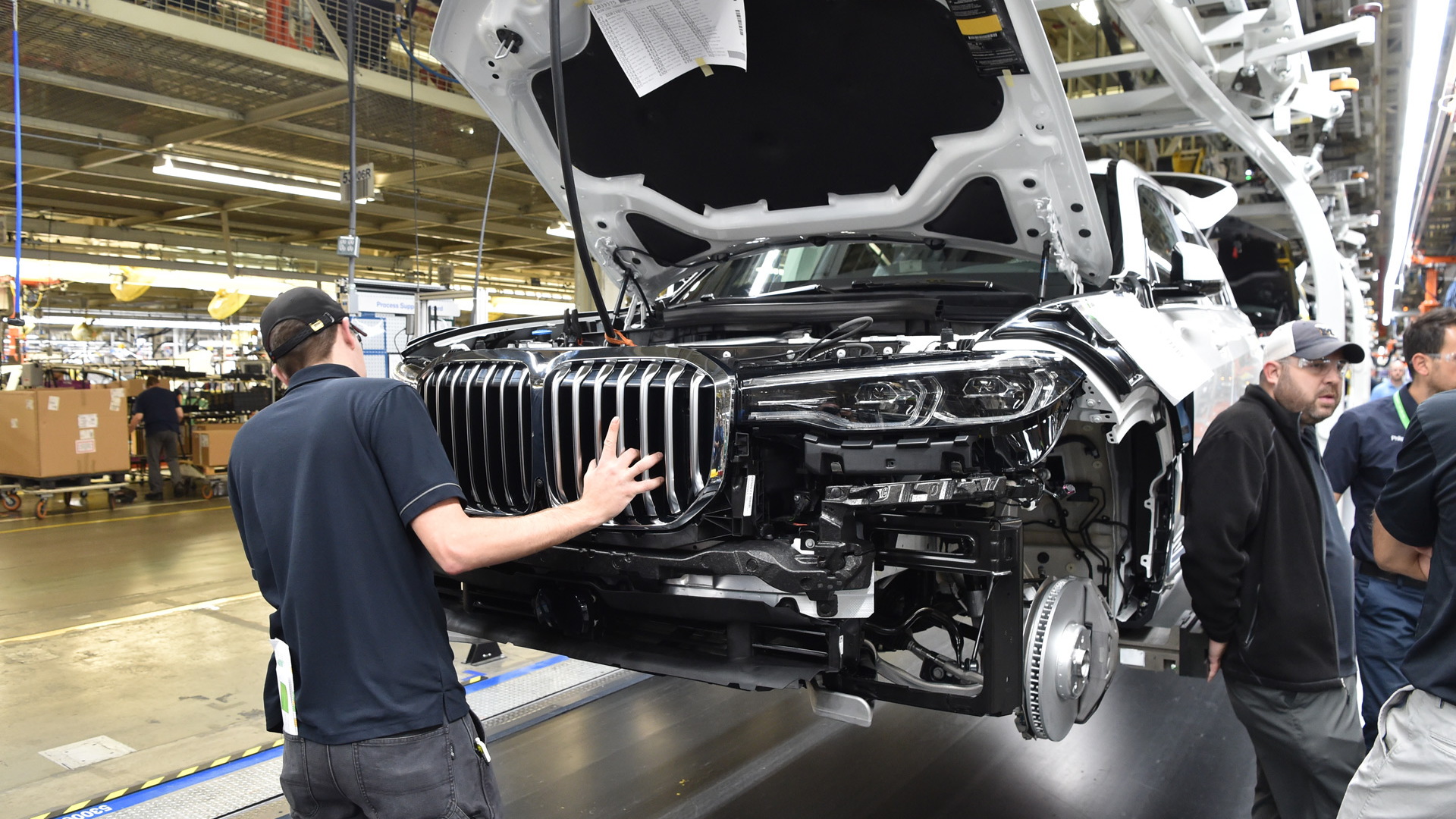 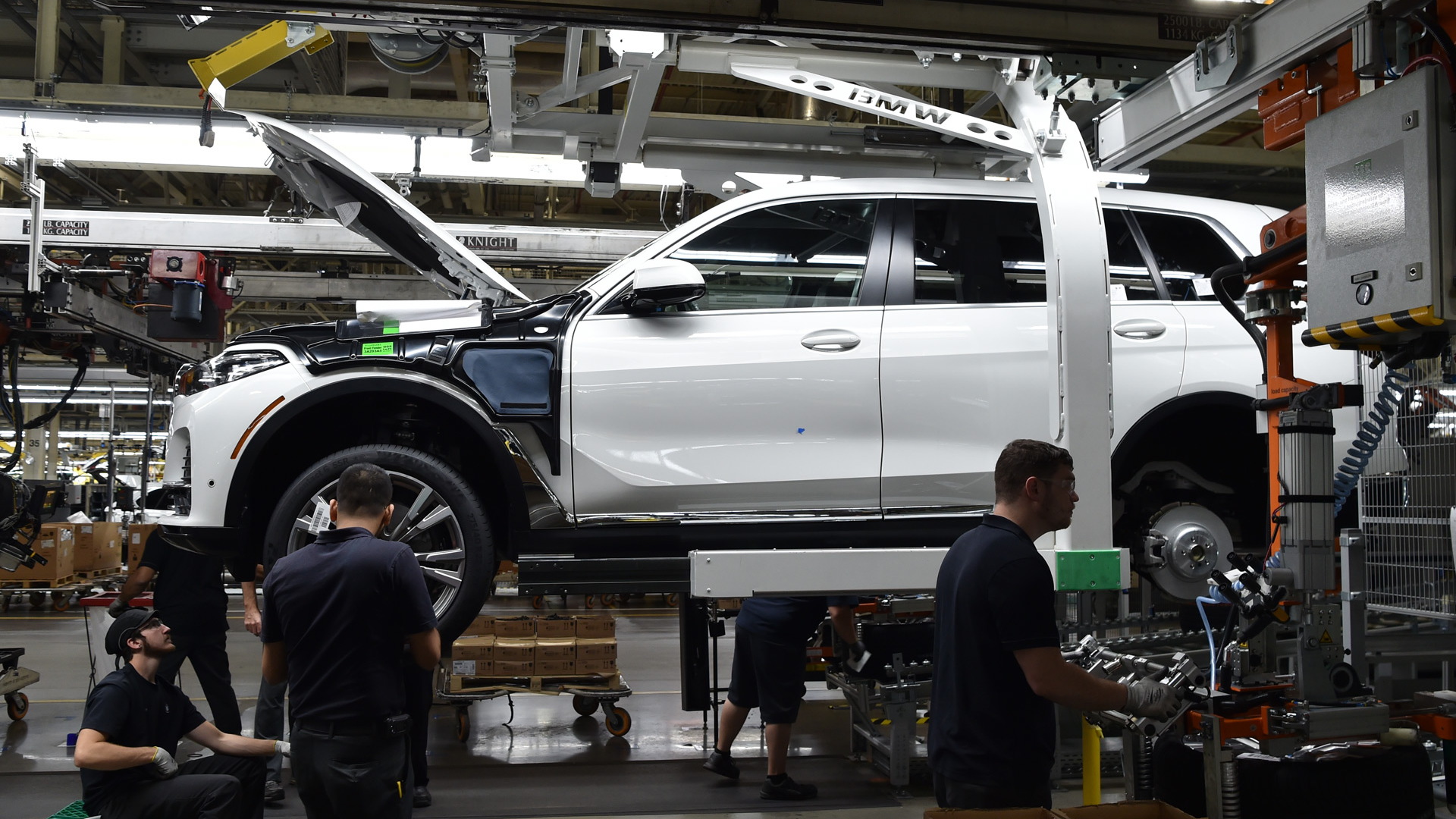 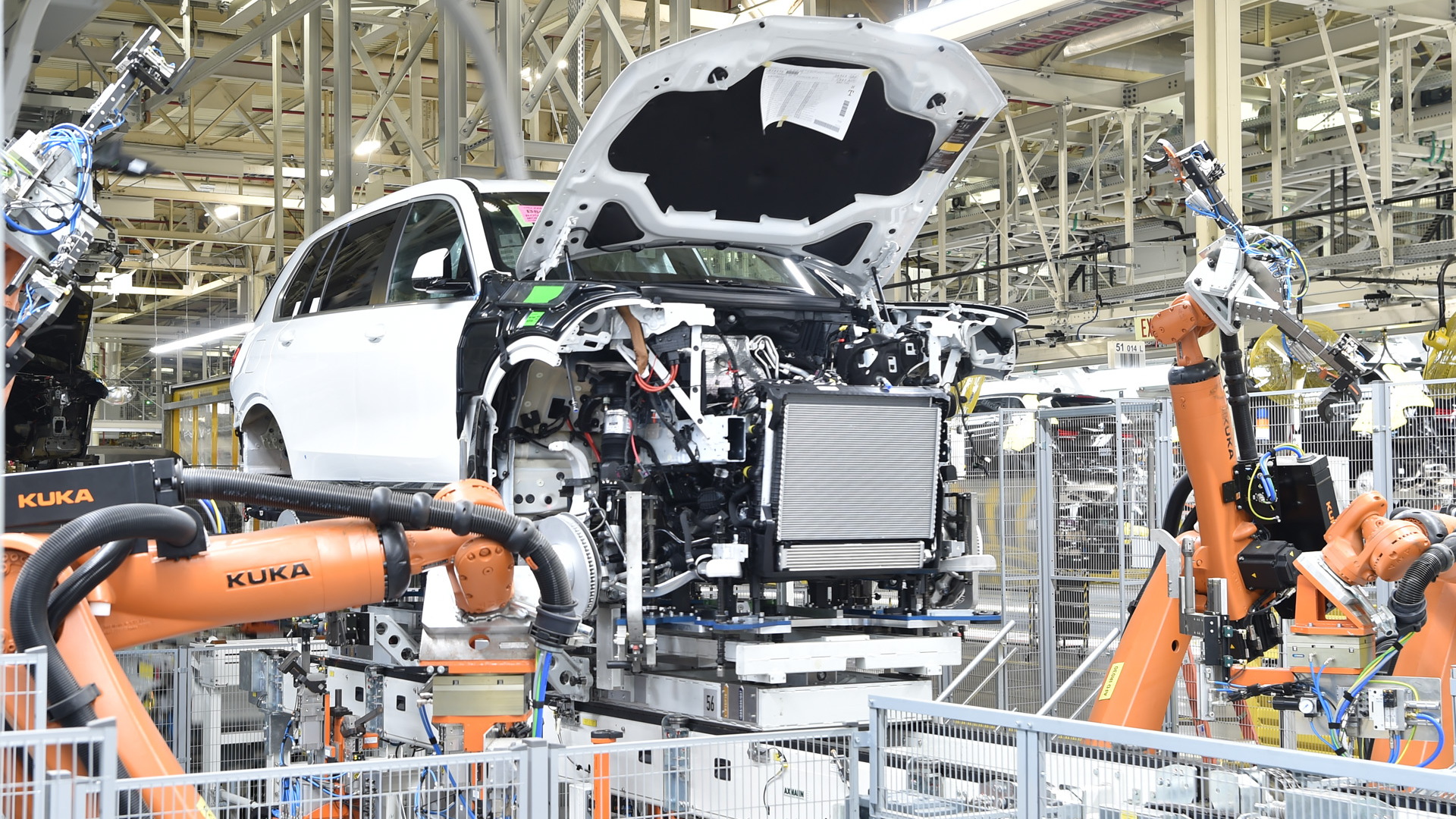 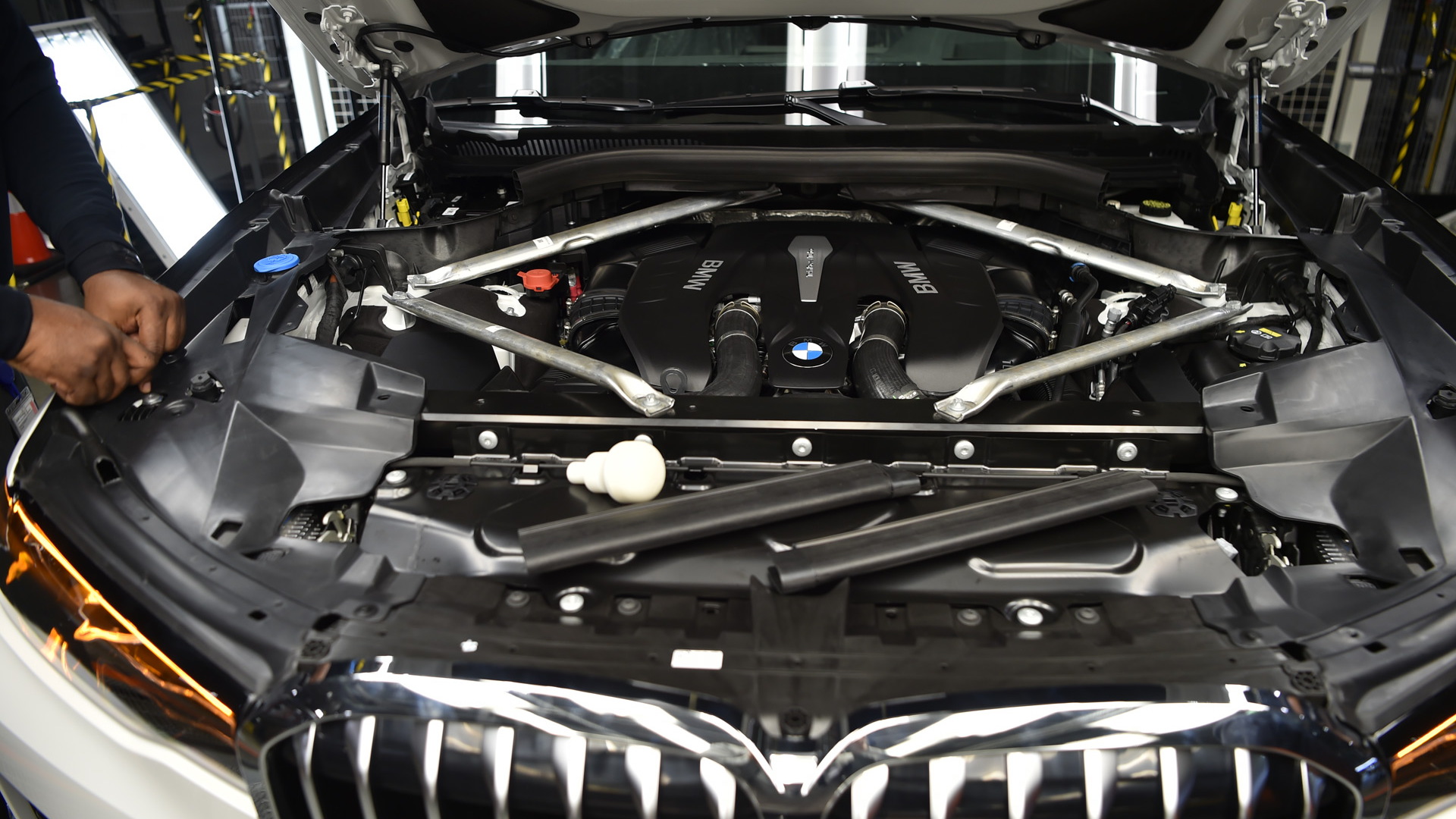 The BMW X7 has now reached the pre-production stage in its long journey to market.

BMW originally announced plans for the full-size, 3-row SUV in early 2014, and now almost four years on near-production ready examples are rolling off the line at the automaker’s plant in Spartanburg, South Carolina, which has grown to become the center of excellence for the X-badged models.

The pre-production X7s are used for final testing as well as for certification and registration purposes. They also provide plant employees with an opportunity to iron out any production snags before customer examples start rolling down the line.

Prototypes for the new X7 have been spotted in the wild for ever a year. However, this look at the pre-production stage reveals numerous details such as the design of the headlights and grille as well as the true shape of the vehicle’s profile. Yes, the grille really is the size of an adult male’s torso. Not surprisingly, the design is very close to what BMW previewed on the X7 iPerformance concept unveiled in September at the 2017 Frankfurt auto show.

The platform of the X7 is BMW’s flexible CLAR design, a modular platform that will eventually underpin most of the automaker’s models sized from the 3-Series up. Lightweight construction is central to the CLAR platform, though it looks like the X7 misses out on the “carbon core” construction of the 7-Series.

The X7’s debut will take place in late 2018 so a showroom appearance will likely follow by the spring of 2019. Expect it to be offered with inline-6, V-8, and plug-in hybrid options. The sole transmission should be an 8-speed automatic, and all-wheel drive will likely be standard as well.

“We are proud to produce the BMW X7 here in Spartanburg, the home of our X models,” Knudt Flor, who heads the Spartanburg plant, said in a statement. “Together with the BMW X7, a total of five BMW X models will be exported from Spartanburg to all four corners of the globe.”

Last year, the plant, which is the biggest BMW plant in the world, churned out a record 411,000 vehicles. With the X7, the plant will very likely encroach on its 450,000-unit annual capacity. Approximately 70 percent of the vehicles made at the plant are exported. The other models produced here are the X3, X4, X5 and X6.