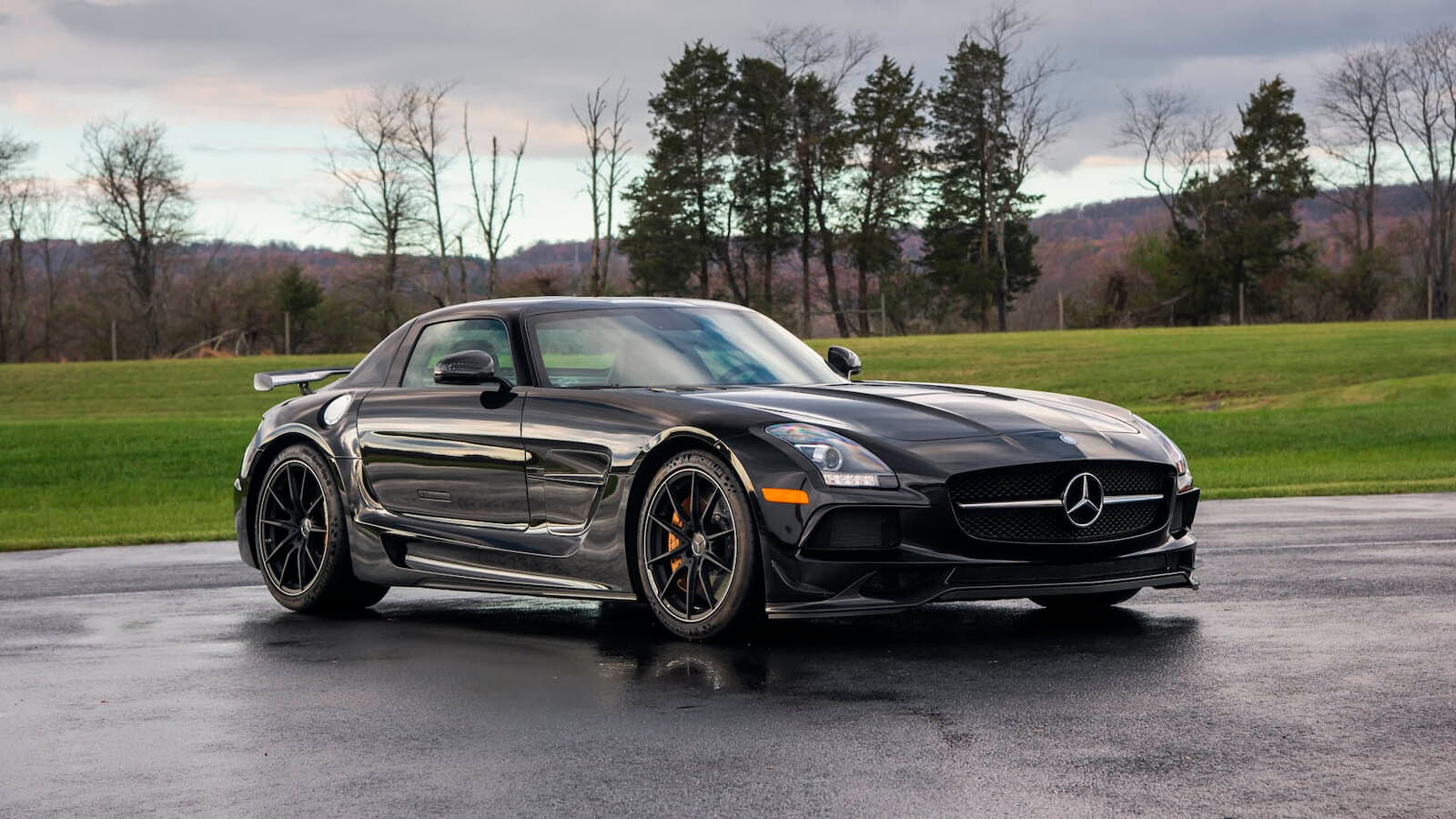 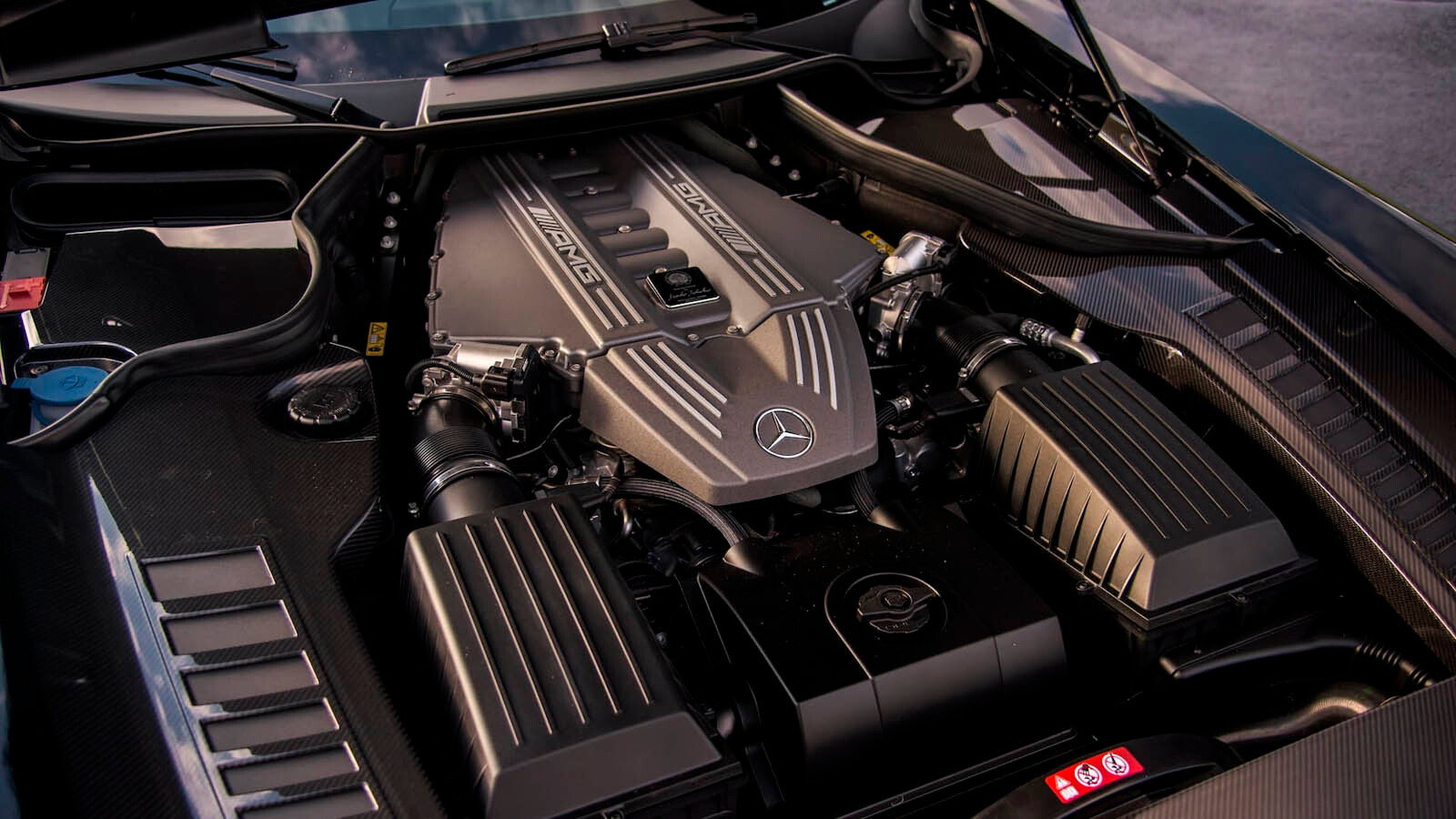 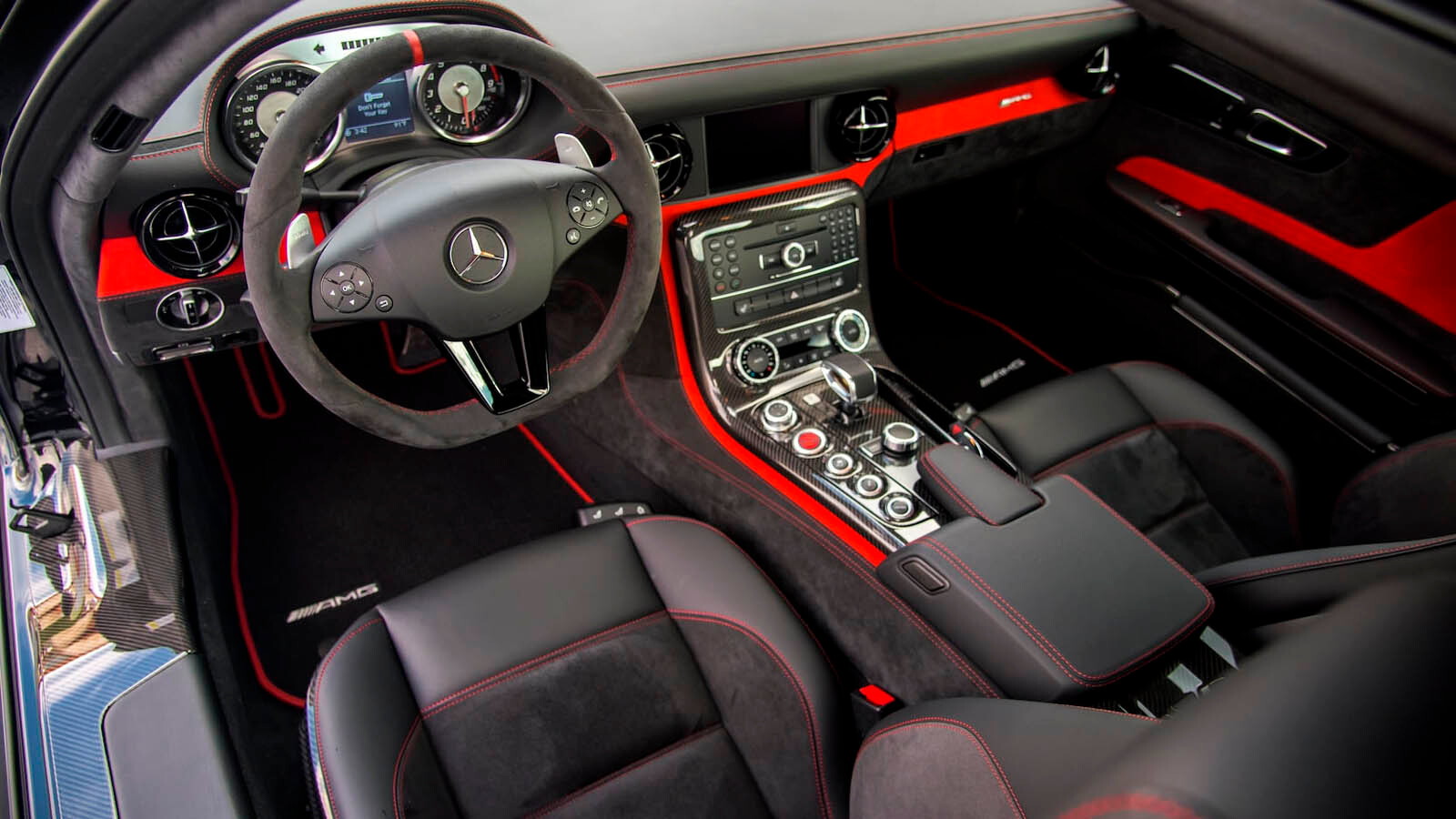 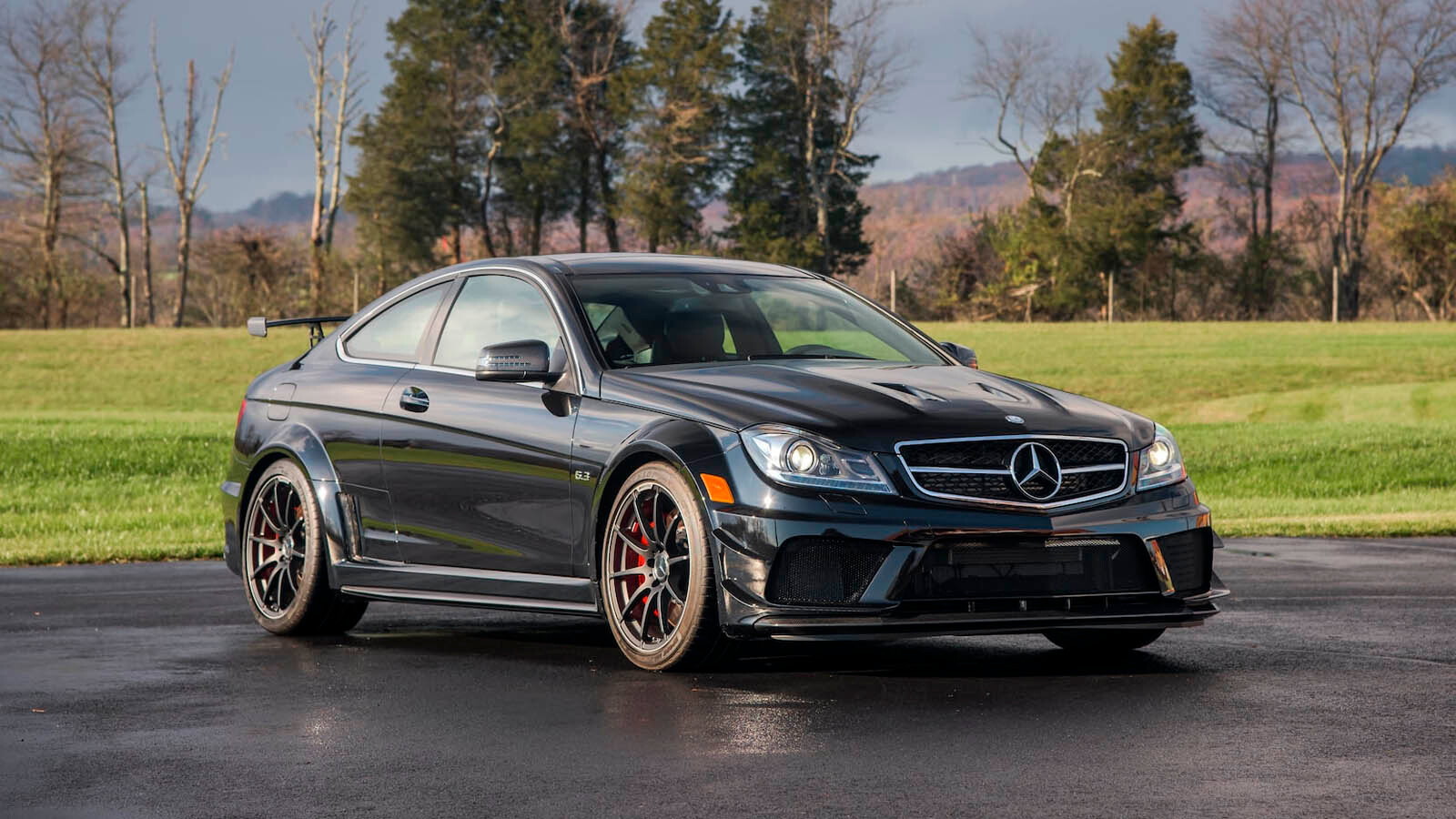 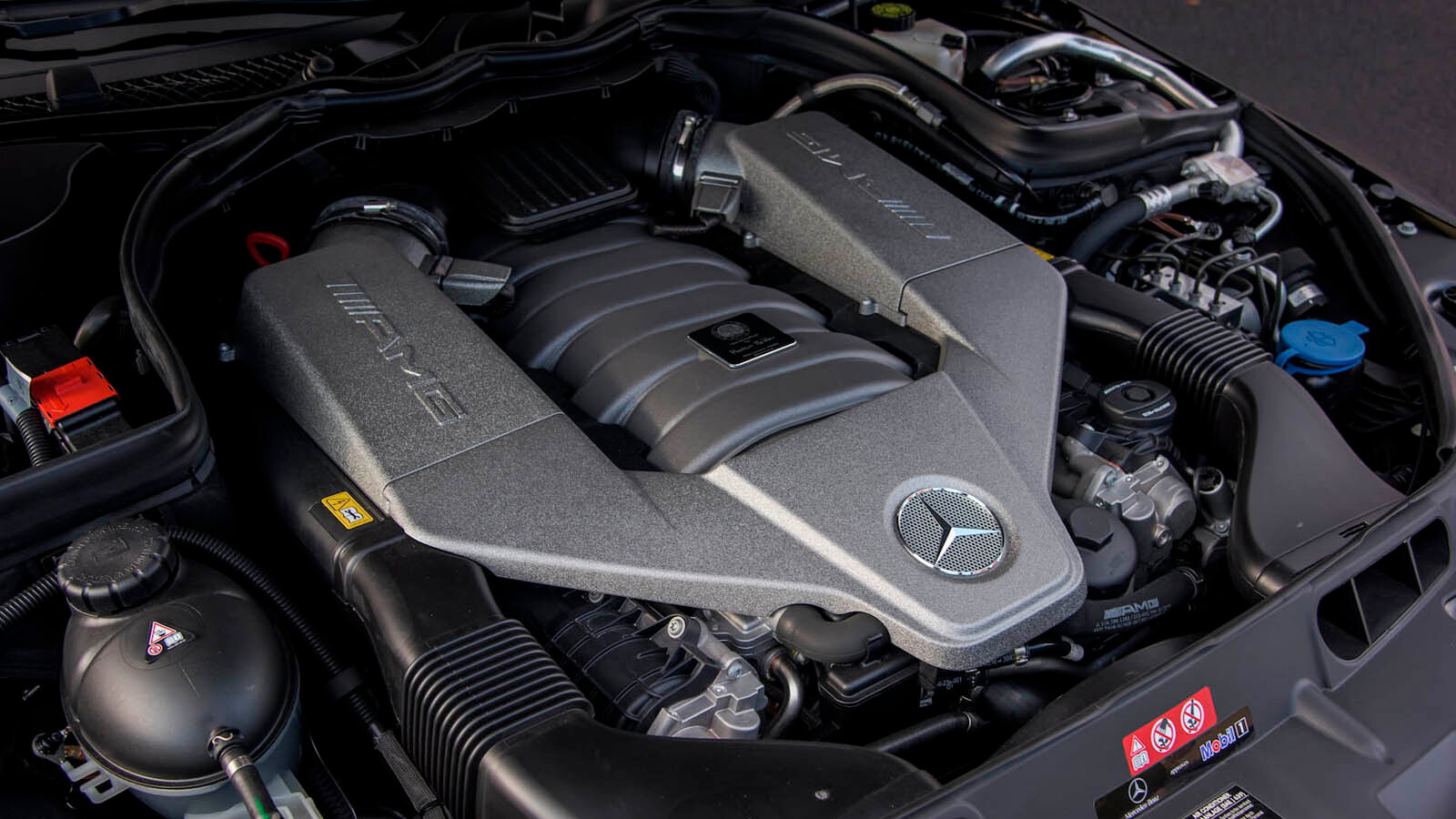 For those who love all things Affalterbach, the holy grail is Mercedes-Benz vehicle that's been given the Black Series treatment. The engineers at AMG rarely roll out such special machines, but they make a large, loud splash when they do. Just five models have been given the Black Series goods, and right now you have the chance to buy four of them... in one fell swoop.

Car collector Michael Fux is liquidating part of his massive collection. This includes a quartet of Mercedes-Benz AMG Black Series cars. The CLK63, SL65, C63, and SLS AMG that were transformed from their already awesome state into darn near street-legal racing machines. Just one Black Series car didn't make the cut, and we're okay with that because it's the SLK55 AMG. While a neat little machine with a massive V-8 stuffed between its fenders, it's not quite as insane as the of the Black Series family.

Peek inside and you'll find less luxury than one might be accustomed to from Mercedes-Benz. There are weight reduction efforts, larger fenders, more power, and a much higher level of performance compared to the "standard" AMG versions of these vehicles.

All four vehicles are being offered as a part of a single lot at the upcoming Mecum Auction event in Florida. Early auction estimates suggest it will take between $850,000 and $1,000,000 to bring this mean crew home. That's not surprising when you consider just how rare a Black Series vehicle actually is. The SLS AMG Black Series saw just 132 examples brought to the US market. There were reportedly around 370 examples of the CLK63 AMG Black Series that arrived Stateside. For the SL65 AMG Black Series, Mercedes-Benz built 350 in total and we received 175 of them. The C63 AMG Black Series is the most prolific one produced, with Benz building approximately 800 cars.

The rarest of all five? It's the SLK55 AMG Black Series that isn't part of this sale, as just 100 were built. Maybe we should take back our stance on the car then, as it might make a complete collection of the Black Series team just that much more valuable.