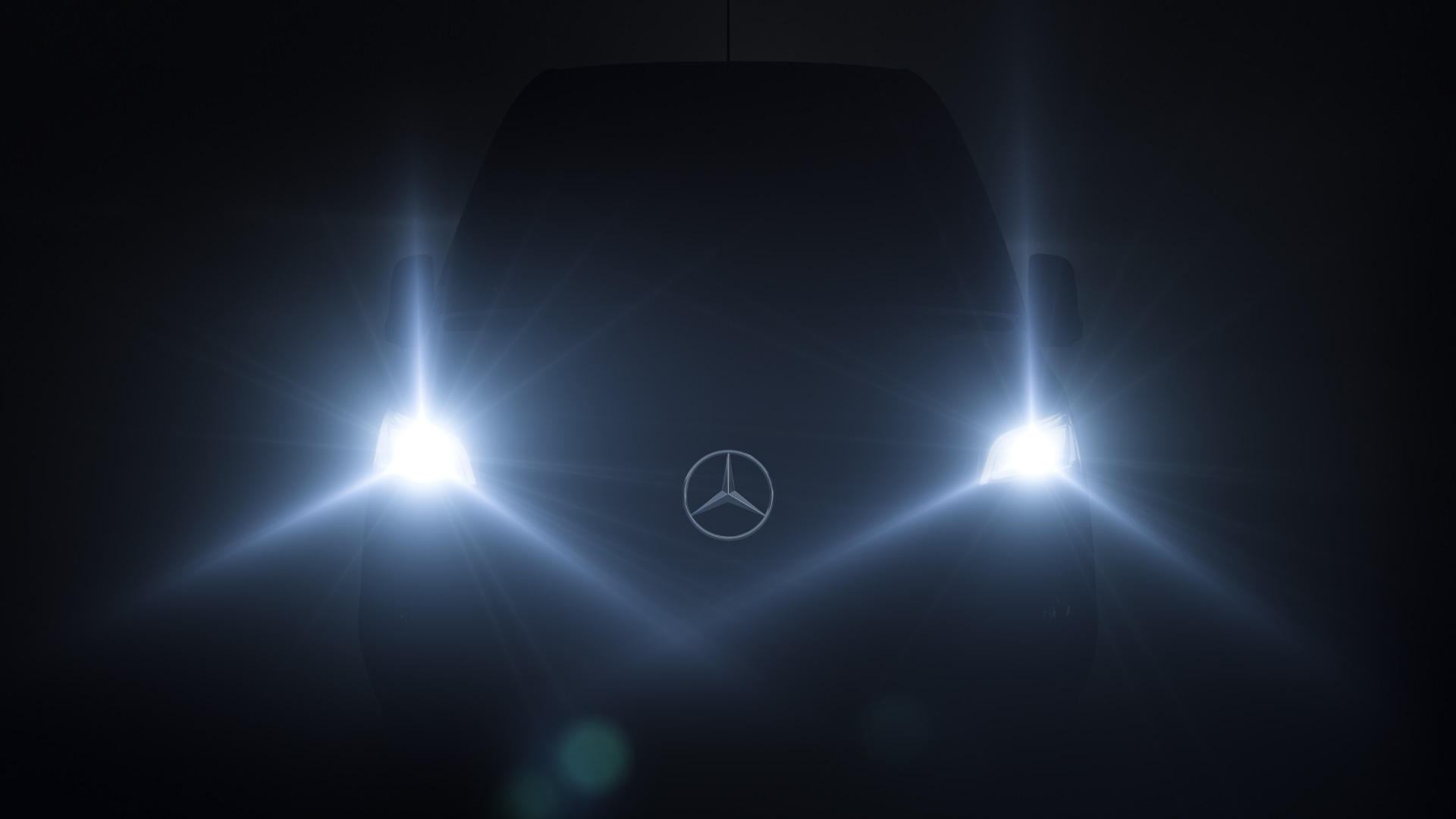 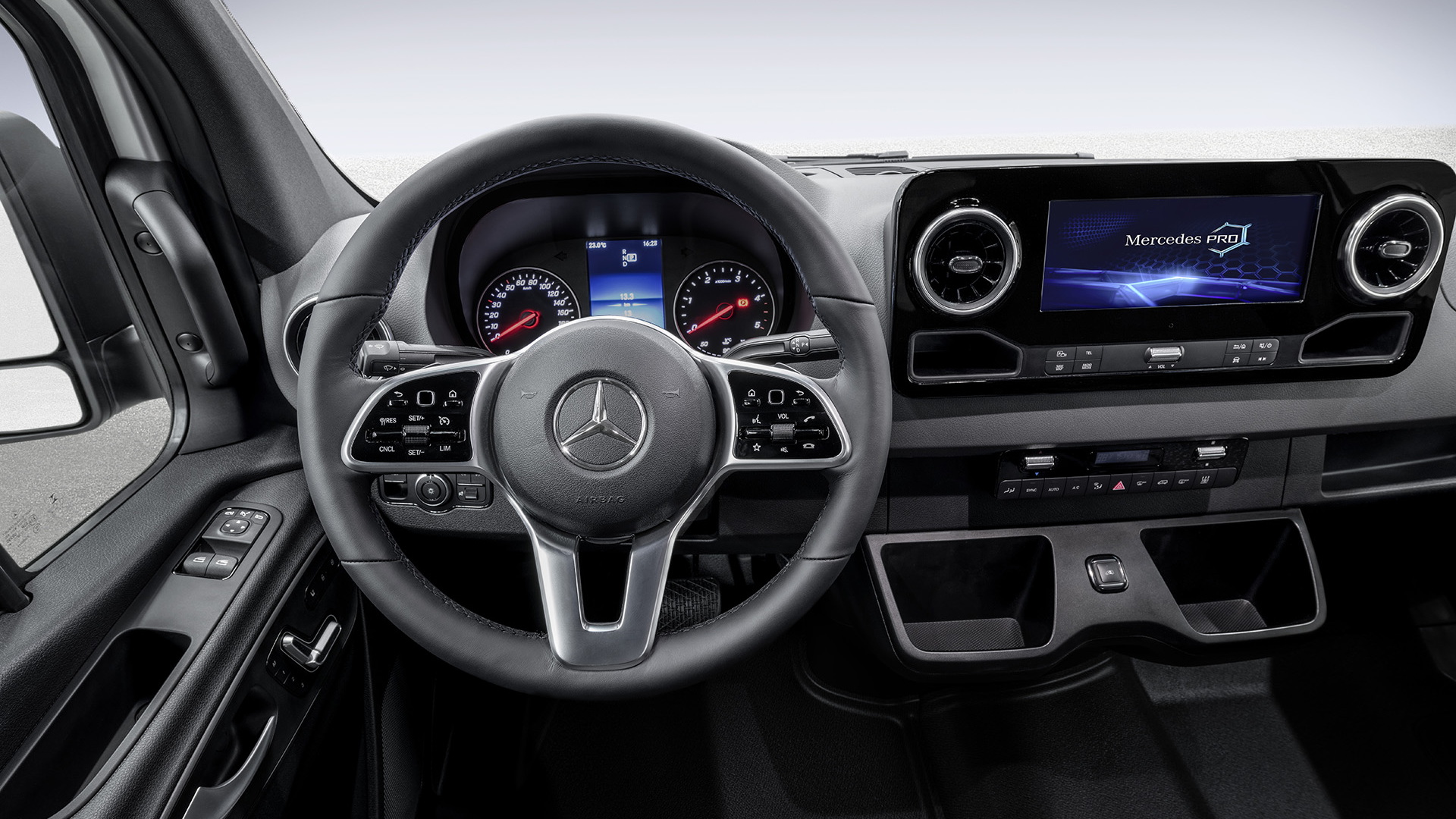 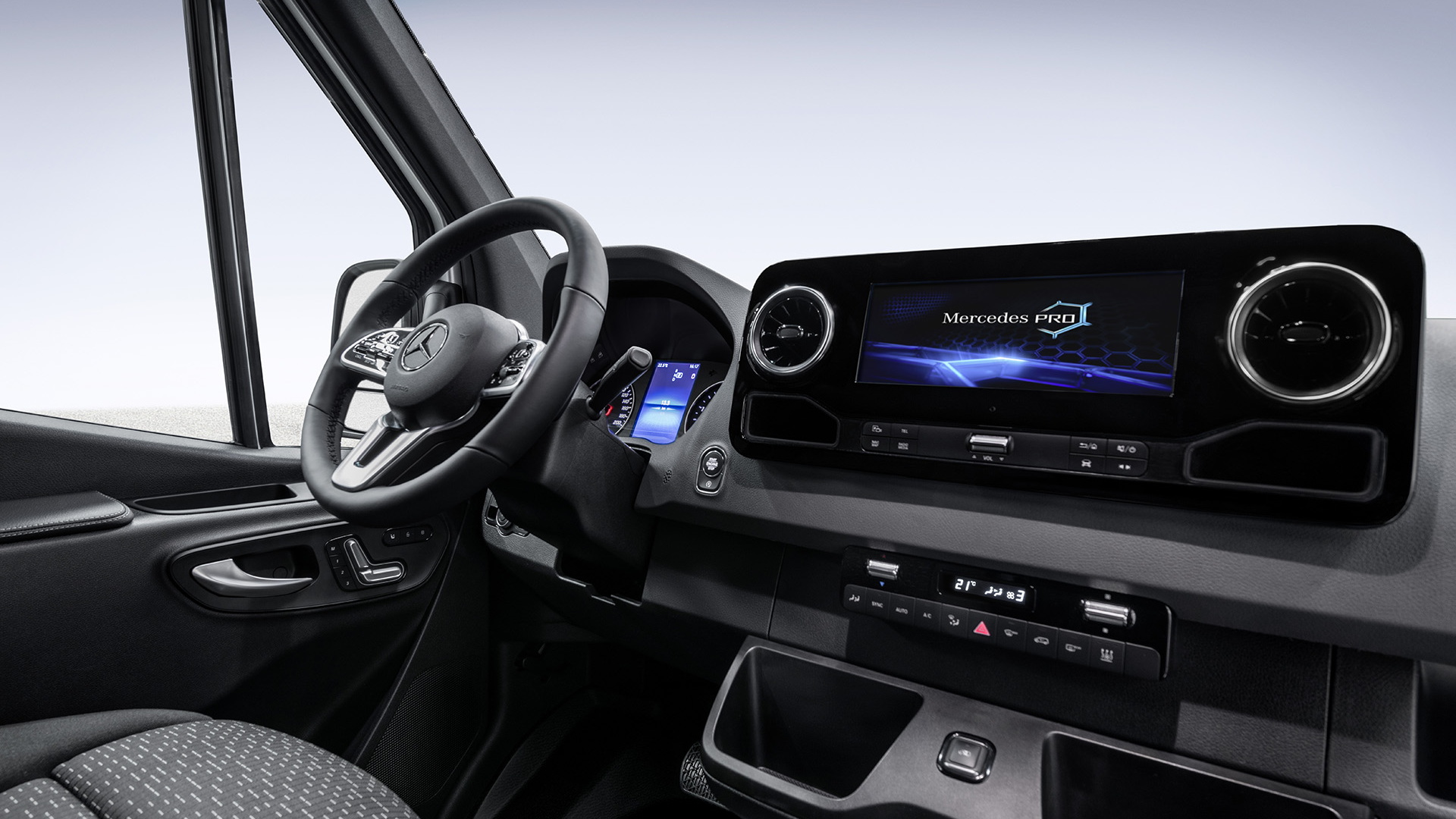 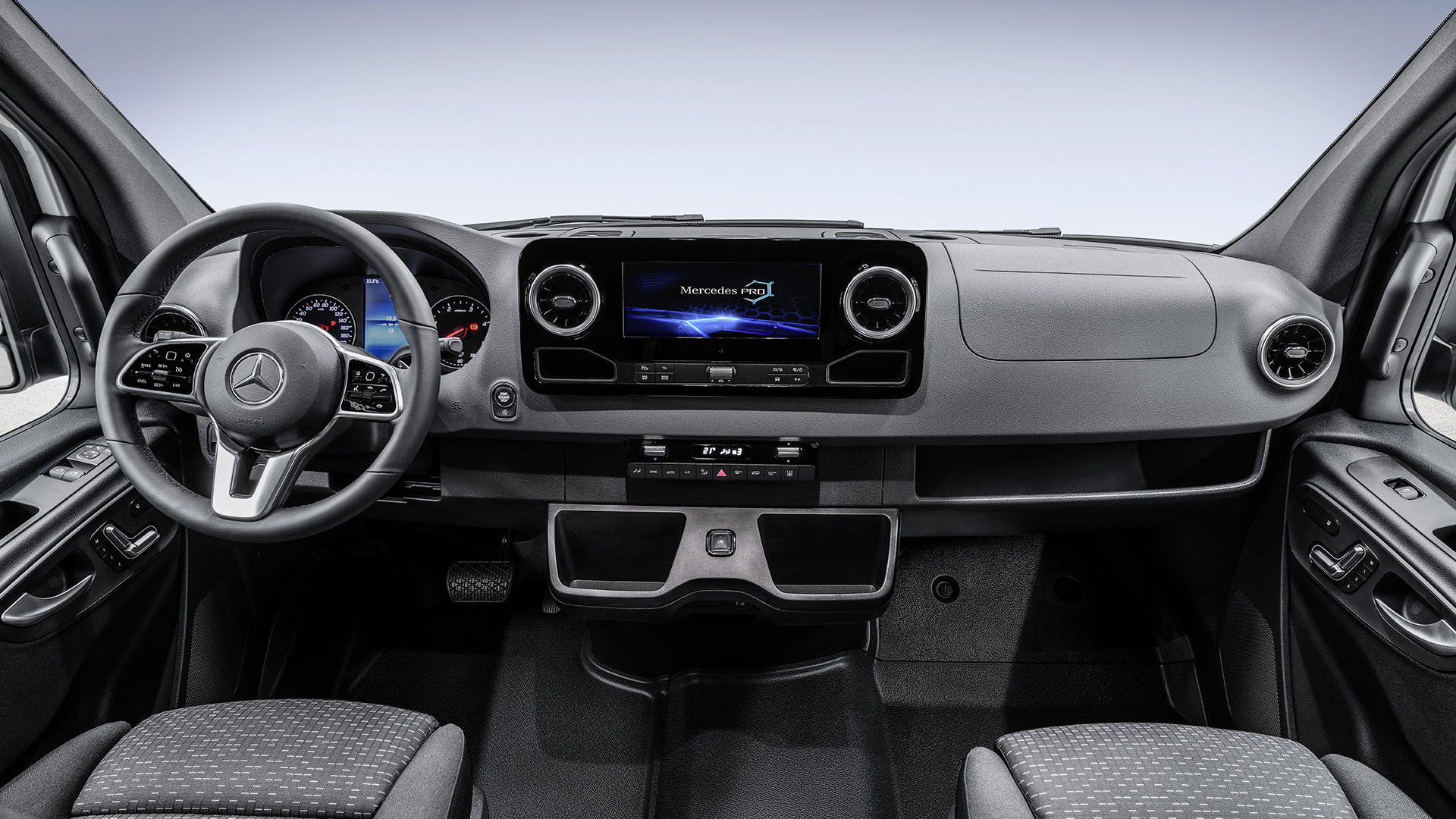 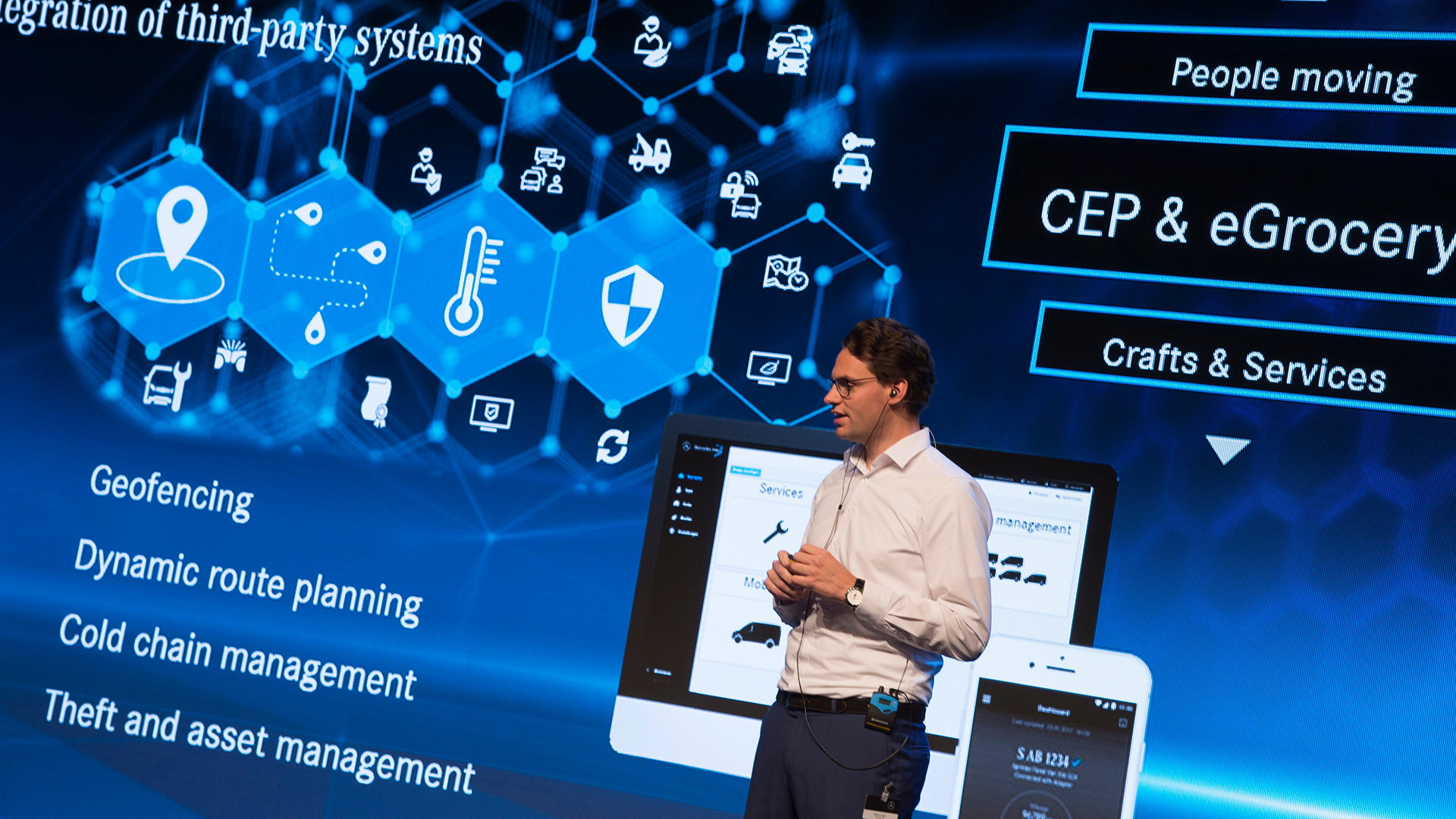 The Mercedes-Benz Sprinter is a familiar sight here in the U.S. but the rest of the world would be lost without it. The proof is in the numbers: since introducing it in 1995, Mercedes-Benz has sold more than 3.3 million. In the first nine months of 2017 it sold 142,000—and that’s at the tail end of a model cycle. Calling it a success would be like calling the Gaza Strip complicated.

MB says those numbers are going to jump even more, and there’s no reason to doubt the claim. While Black Friday purchases further decline for brick-and-mortar retailers in 2017, Amazon alone picked up no less than 55 percent of total sales. People are doing their shopping online, and it shows no sign of slowing: A Pitney Bowes study shows global parcel deliveries totaled more than 44 billion in 2014 and rose by 48 percent to 65 billion by 2017. It’ll go further; double-digit growth is expected until 2025, underscoring the need for efficiency. Furthermore, competition has served to fragment deliveries like never before. Bulk orders are fewer and fewer, with services like Amazon Prime selling you even a single pencil—and delivering it in a few hours, if you want.

But while MB probably won’t have any issue moving Sprinters, it wants more out of you in 2018. The company sterilizes its intentions: “Mercedes-Benz Vans is undergoing a transformation from a vehicle manufacturer into a provider of integral transport and mobility solutions.”

You can read that as, “We want you to sign a fleet logistics contract, too.”

Called Mercedes PRO connect services, the offerings mostly mimic existing systems from Fleetmatics, Enterprise, Verizon, and others. While most offer real time in-van inventory monitoring and driver/manager communication, Mercedes PRO does have the advantage of being more integrated with the workings of the van itself. That, and the company has some interesting ideas about the future holds for each type of Sprinter user.

Skilled tradespeople, who are in short supply, spend a big part of their day locating and loading the tools and parts they’ll need for each day’s jobs, according to Mercedes-Benz. At the end of the day, they go through the same hassle again, returning unused and old parts, and replacing tools so other employees can access them. With MB’s in-vehicle delivery, the worker would stick return labels on unused parts and tools, while the fleet manager orders the things they’ll need for tomorrow’s job.

The theory goes, the skilled laborers would be able to spend the majority of the day working on their tasks, while another outsourced logistics company makes end-of-day deliveries and returns from the van itself, accessing the Sprinter with a digital fleet key—like you would a car2go.

That last point might be the thing that sets the MB system apart from copycats.

While it’s a cool concept, we can’t help but picture these delivery people using the same sort of Sprinters (and Metrii) to do the returns/deliveries, doubling the number of vans once needed and flying in the face of the bigger promise—efficiency. We did like the other idea of an interior roof rack, though. Not only is it convenient, but also it makes theft of roof-mounted stuff a thing of the past. Maybe we’re just luddites.

Urbanization is happening en masse, which means cities are more crowded and complicated than ever before. Milliseconds saved in drive time can save carriers tens of millions. On top of that, many modern cities are beginning to mandate EV-only policies in city centers, which makes a heck of a case for the upcoming e-Sprinter in the EU.

It’s safe to say that delivery services will get the most benefit from MB’s telematics/fleet management offering. Here, the fleet manager can see each vehicle’s location and inventory in real-time, as well as pertinent data (fuel levels, efficiency, maintenance information, etc). Routing happens in real-time; stops are scheduled in the most efficient way and automatically rearranged based on traffic conditions and promised arrival times. Fleet managers can send instructions to the driver to reroute to an urgent job, or stop for extra parts.

You’ve probably heard of similar systems, though. The fun stuff was In MB’s view of the future, and its complete obsession with food delivery services. Stressing the growth of grocery delivery, the company mocked up a van prototype that would abandon the need for dry ice, holding three zones at different temperatures. A pick-by-light system tells the driver which bags are to be pulled, and the entire load bay is modular, so the food deliveries are pre-loaded in correct order. Is that juice worth the squeeze? We wonder.

It seems pretty clear that all of this new technology is geared for the delivery world, but the benefits don’t end there. MB has partnered up with Via to offer an on-demand car sharing service that intends to be all-electric—and autonomous.

Think of it like a highly advanced version of your standard third-world transportation solution. Rather than jumping in a minibus going your direction, you use your phone to hail a ridesharing Sprinter, which uses dynamic route guidance to get you to your destination while you use onboard wi-fi to capitalize on those Black Friday deals. MB pictures windows that use augmented reality to tell you what’s where, so if you see something you like, you can request a stop.

Mercedes Benz seems to want to become a one-stop dealer/logistics company, which means a few key things. In addition to the fleet management services being a new source of revenue, the new approach guarantees that every vehicle in your commercial fleet is a Mercedes-Benz. Because the service element is so convenient, it also guarantees that your maintenance dollars are going to MB. We’re not saying that’s necessarily a bad thing—the cost of downtime could easily outweigh any premiums you may pay. But we’re always weary of car-based computing in lieu of smartphone based, true open source, which turns over significantly faster.

It takes a heck of a lot longer to design a vehicle than it does a smartphone, and that means a carmaker (OK, vanmaker) will always be a little behind the curve when compared to devices that are updated on annual cycles, like smartphones.

So, while MB is offering an open-source automotive-grade Linux-based system upon which to piggyback apps, we can’t help but wonder if it’s ignoring the inevitable fully open-source future in our pockets.

James Tate cut his teeth in the business as a race team crew member before moving to the editorial side as Senior Editor of Sport Compact Car Magazine. His work has appeared in Popular Mechanics, Automobile, Car and Driver, Autoblog and others. When not writing, Tate can be found regretting old car purchases.