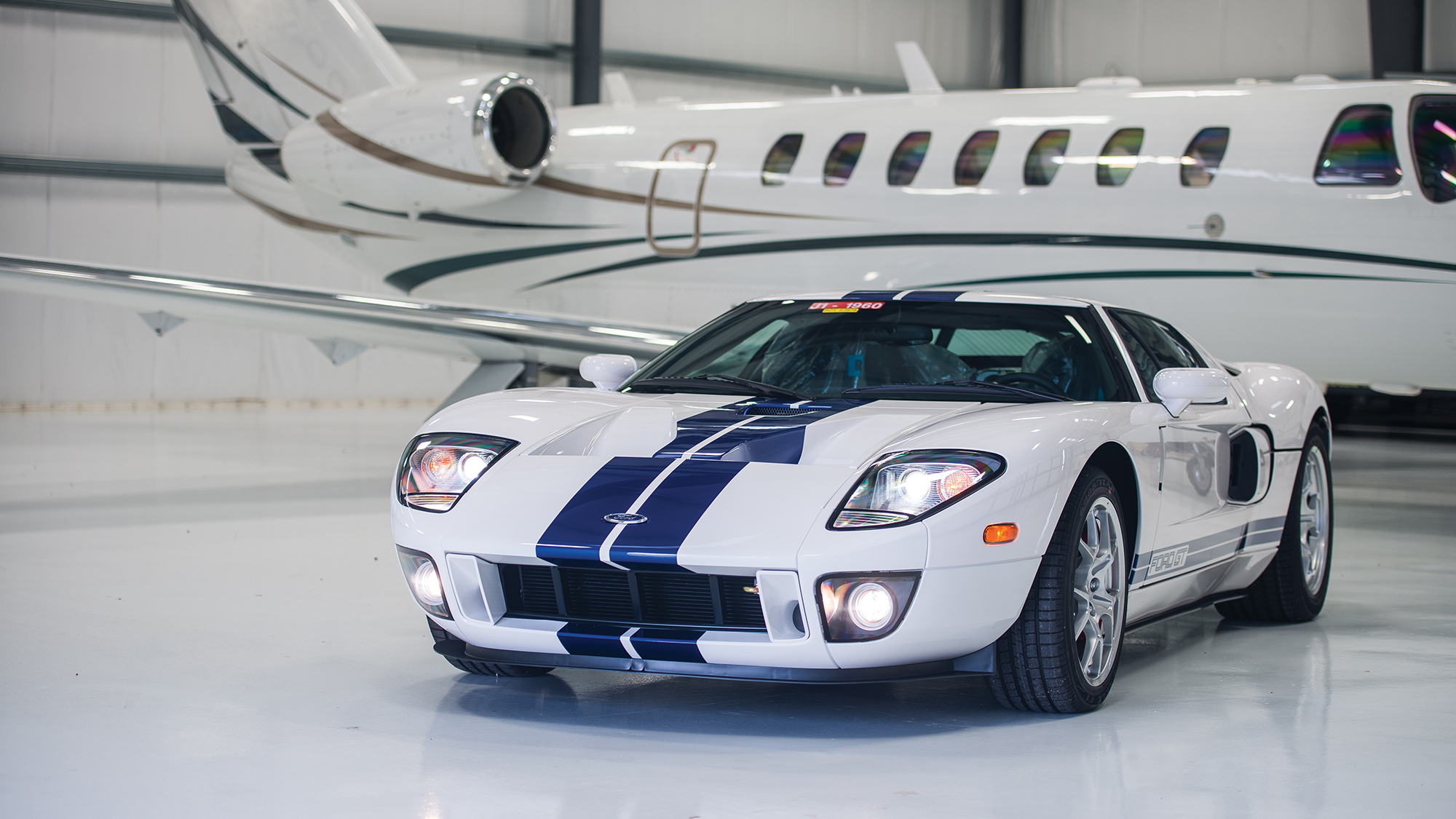 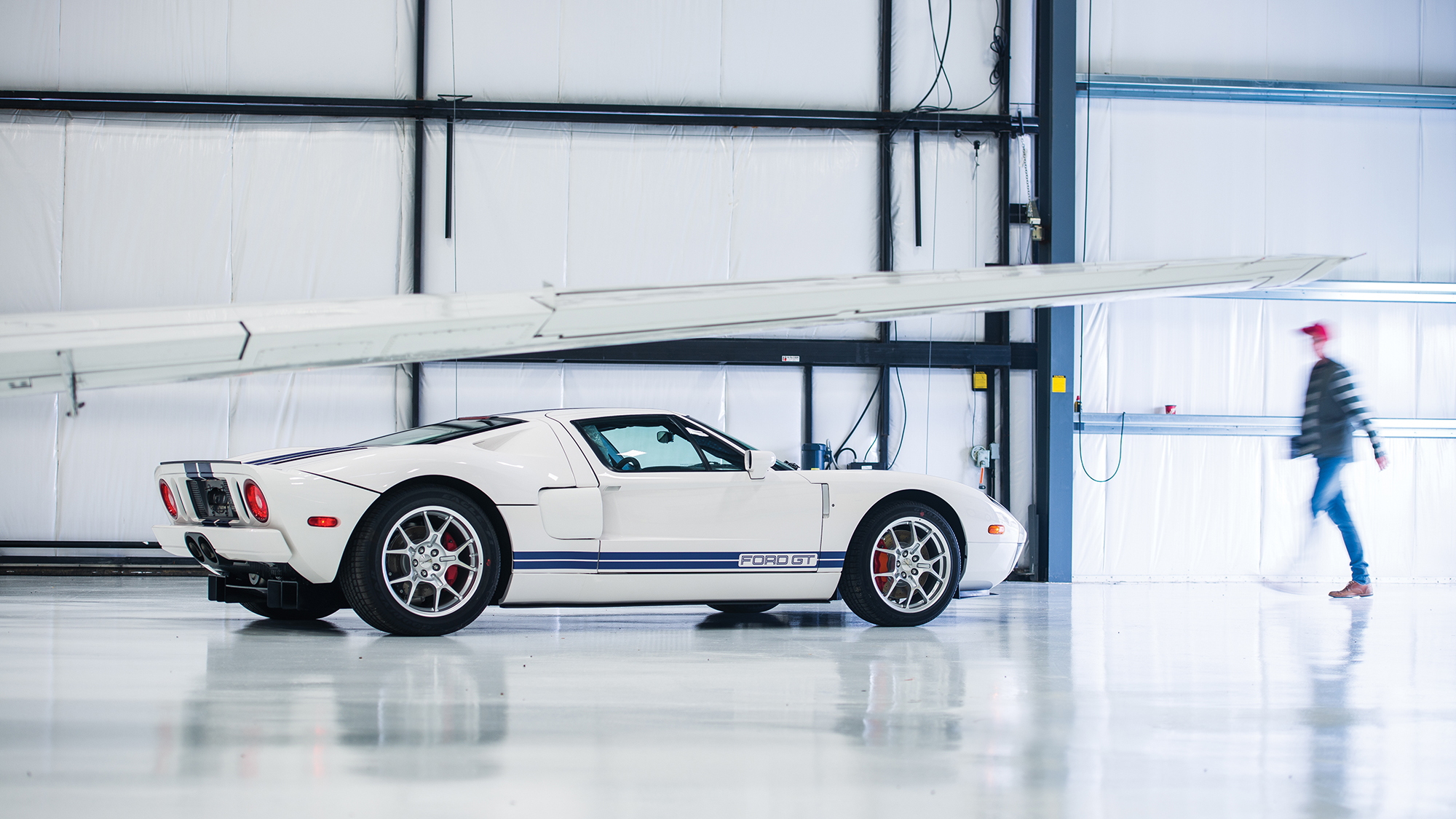 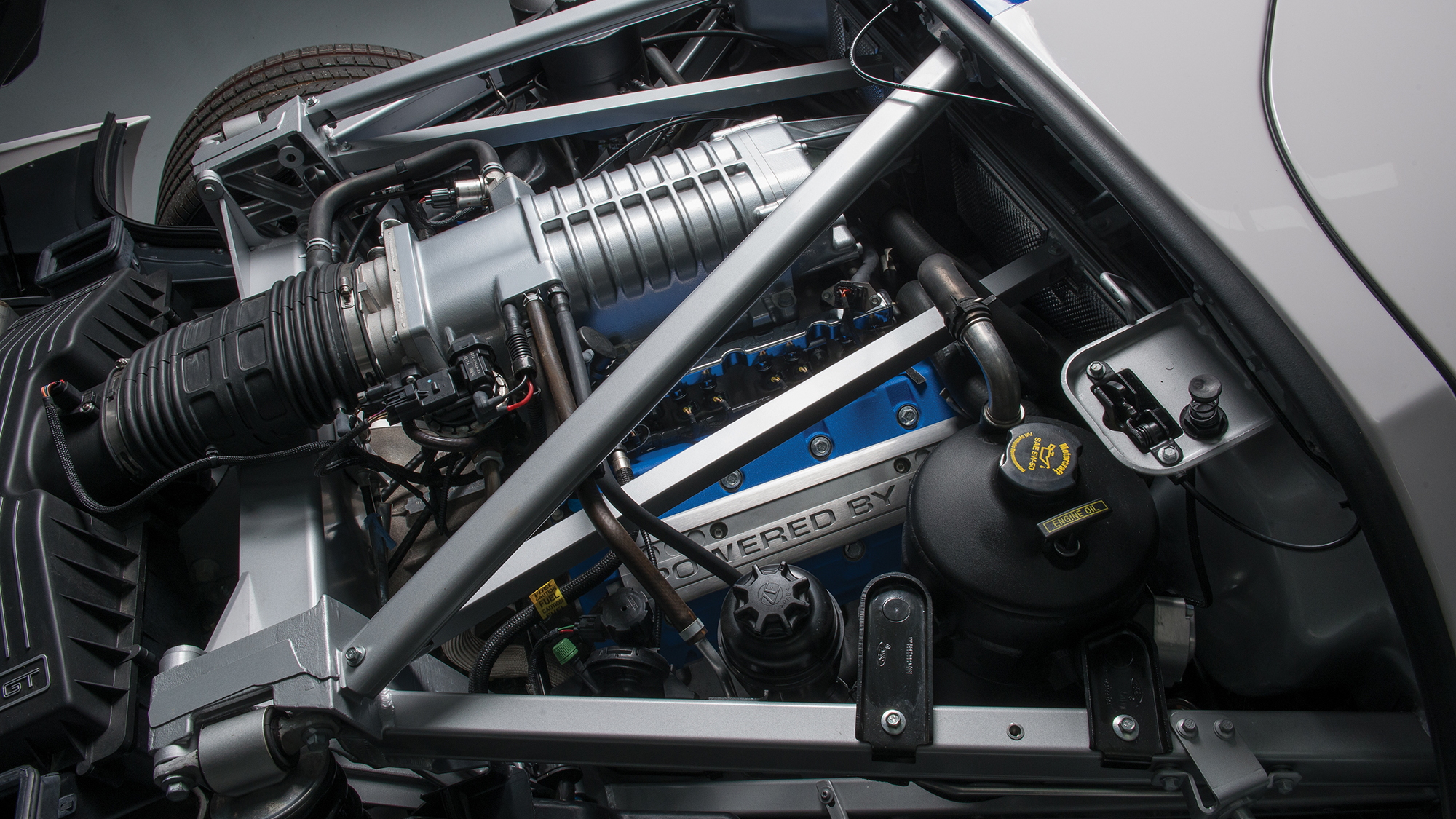 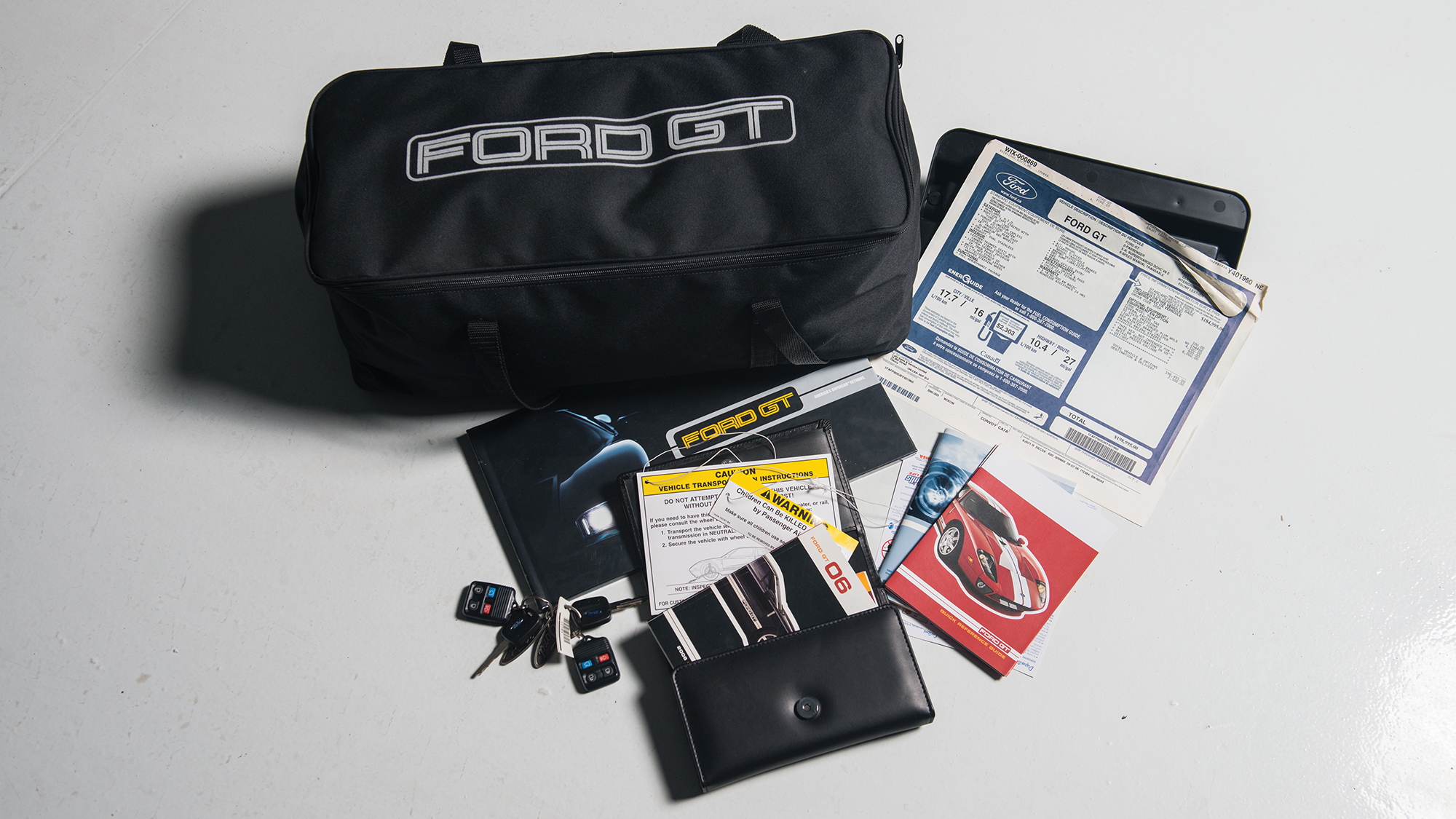 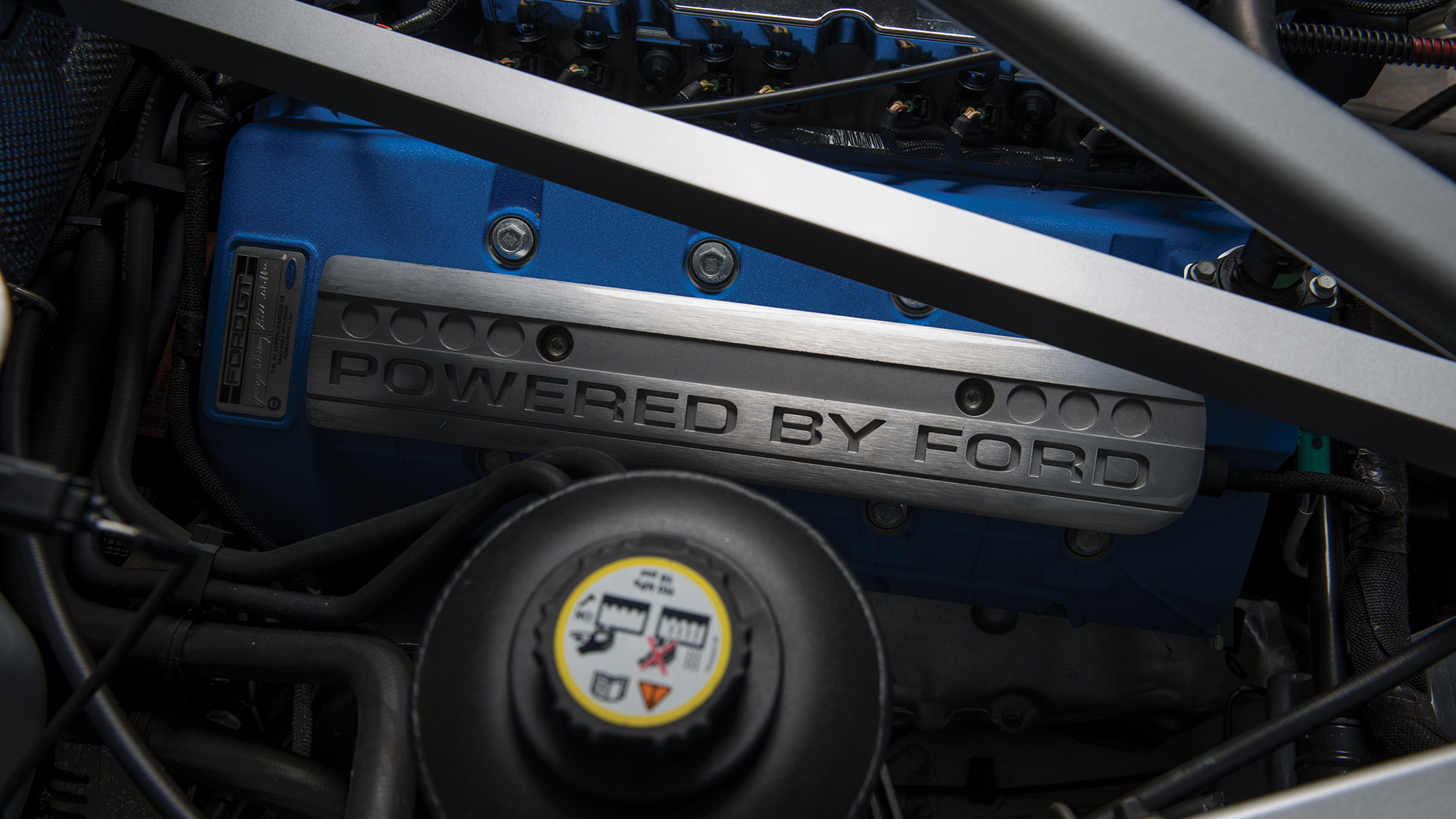 Rare cars with low mileage are basically duck calls for moneyed automotive investors. There doesn't seem to be a financial downside when it comes to securing these unicorn machines. One will pop up on an auction listing site and you can practically hear bank accounts across the world tingling in anticipation of the time when the gavel will strike down and ship a special vehicle off to a new home. When it rolls up to auction next year, the vehicle above is sure to illicit such a reaction.

RM Sotheby's has gotten its white-glove covered mitts on a 2006 Ford GT with impossibly low mileage. A one-owner car, this white example split with blue stripes shows just 10.8 miles on its odometer. That means someone paid handsomely for a Ford supercar and then never drove it. In fact, the interior is still covered with the delivery plastic. Think that's strange? Well someone else did the same, only in this instance the car was a McLaren F1.

If you're eager to add the Ford GT to your stable, you'll need to head down to Fort Lauderdale, Florida next spring. That's where the RM Auctions two-day event unfolds over the course of April 6-7.

Pre-auction estimates peg the value somewhere between $300,000 and $350,000. Honestly, with the mileage being this low the new owner would be getting an essentially brand-new 2006 Ford GT. Furthermore, that estimate seems a tad low. First-generation Ford GT values have slipped a bit from their high sometime in 2016, which occurred with the arrival of the newer car. But those values are climbing back to where they used to be. This one here should be at least a $400,000 car.

With no reserve, that pre-auction estimate probably just serves to have buyers licking their chops with the hopes of getting a "deal". Don't be surprised though if a bit of a bidding war breaks out.