It’s not just that his childhood pedal car had a fire-chief theme. Dean Newman traces his real interest in ambulances and hearses to watching the Ghostbusters movie. with its big, paranormal-fighting Ecto-1 1959 Cadillac ambulance.

But once he started collecting such vehicles, Newman realized something very special about them, something that he probably wonders if other car collectors appreciate, that ambulances and hearses “are the last coach-built American cars.” 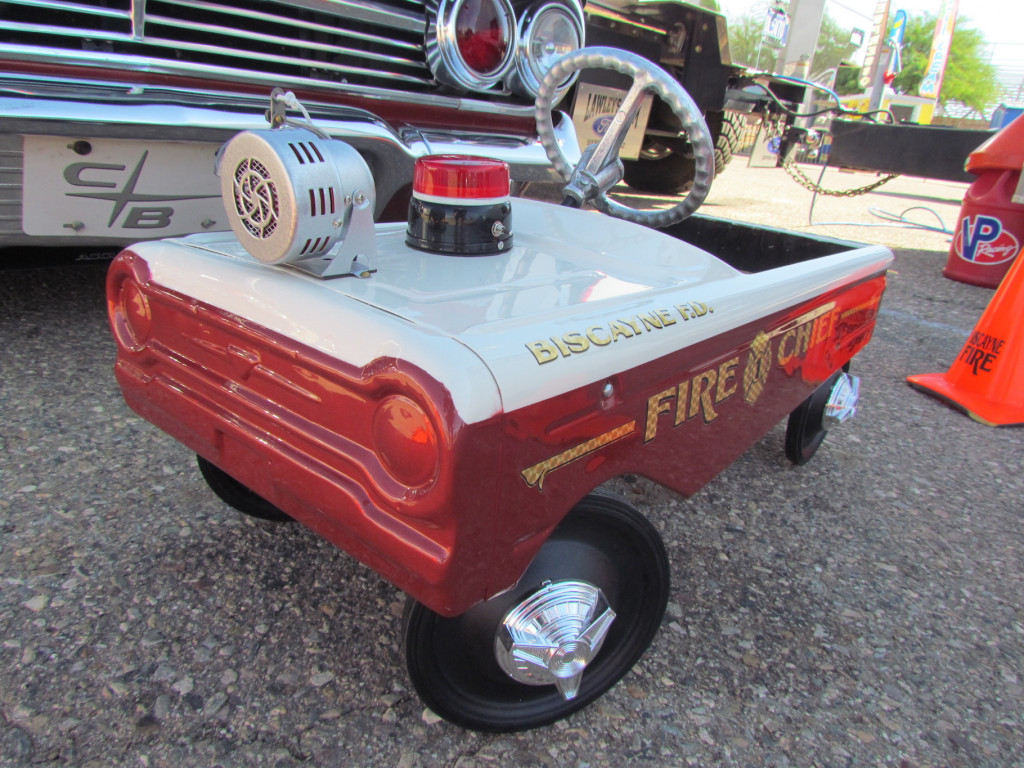 Newman has owned several vintage hearses and ambulances. This past weekend, as the 31st annual Super Chevy Show tour wrapped up its eight-event 2017 season at Tucson Dragway in Arizona, Newman displayed — and for the first time in 3 1/2 years — his 1960 Chevrolet Biscayne ambulance.

Stickers on the door pillars indicate that the Biscayne sedan cost $2,423 and Cotner-Bevington sold the finished ambulance for $4,980 to the Genesee Volunteer Fire Department of Genesee, Idaho.

While restoring the vehicle, Newman learned that Cotner-Bevington removed the sedan’s rear roof section and fabricated the ambulance bodywork. As proof of the “done-by-hand” coach work that went into the process, he notes that the rear ambulance door is not centered as it would have been in a robotic factory build, and that each of the hand-formed rear quarter panels has a different radius. 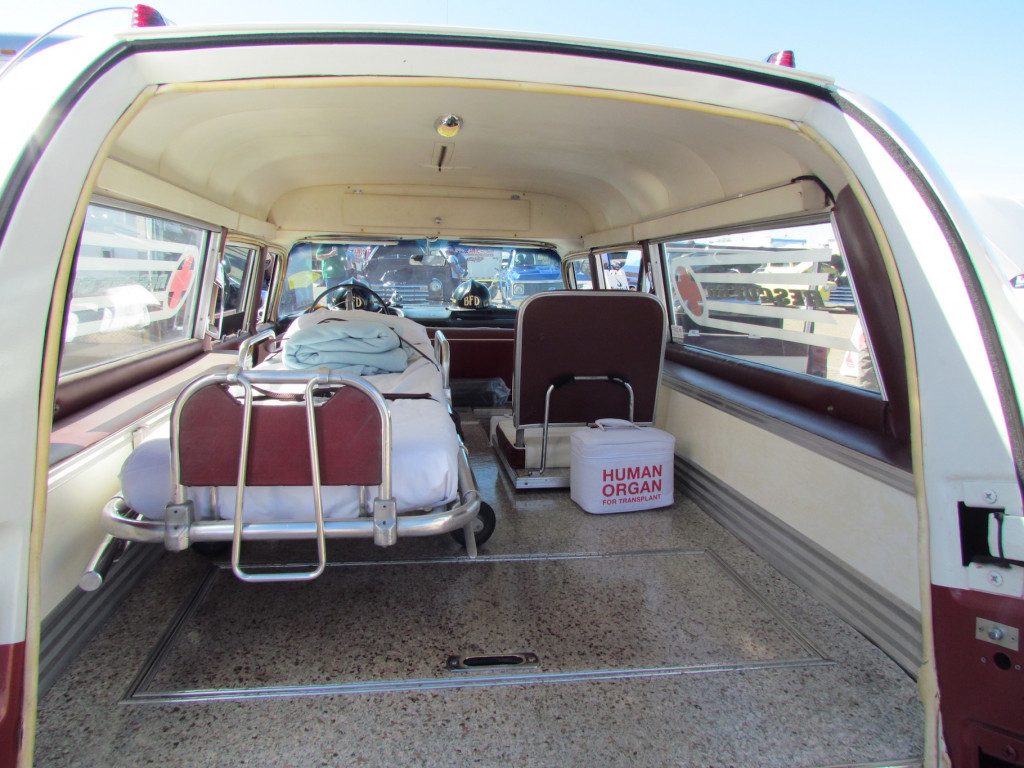 Newman, who lives in Tucson, found the Biscayne ambulance for sale on eBay. After a couple days of pondering the prospect, he finally entered his bid, only to be out-bid in the final seconds by another person. After the bidding, he sent an email to the winner, said he collected such vehicles and offered to buy the ambulance should the winning bidder ever decide to sell it.

He heard nothing for more than a month, and then came an email from the ambulance’s new owner, who collected station wagons and had planned to turn the ambulance into that kind of vehicle. But after looking at the ambulance in his driveway for several weeks, he decided it needed to go to someone who would appreciate it for its history. He not only sold the vehicle to Newman for what it had cost him, but said he was driving down from Washington to Arizona to pick up another vehicle he’d purchased and was willing to deliver the ambulance to Newman on that trip.

Although a previous owner had done a restoration on the vehicle, Newman redid seemingly everything, installing a new engine, wiring, air suspension, emergency lighting and even air conditioning because “I live in the desert.” The vehicle’s interior is basically as it was in 1960, except for a new rear-door interior panel and a small missing piece of trim.

He’s found period-correct parts for such things as antenna, emergency lights, etc., though he is still searching for the proper marker lights for the front corners of the roof.

It was during his restoration that he was able to piece together much of the vehicle’s history. He found an outdated credit card that had fallen into the dashboard and a pencil from a lumber yard. Both those artifacts traced to a small town in Idaho.

Newman’s wife’s family lives near Seattle, so there was a 4 1/2-hour each-way detour on a family trip one year to find the town and to see if any of the vehicle’s history might still be there. Newman started at city hall, where someone suggested he talk to Bill at the feed store. It turned out that Bill had been part of the volunteer fire department.

Newman’s eagerness for knowledge inspired Bill to leave work early, go to the old firehouse and see what he could find. What he found were three old photographs that included the ambulance back when it was part of the fire department fleet. Newman used those photos not only to equip the vehicle with the right lights, etc., but also to re-create the proper ambulance graphics.

Newman explained that he hadn’t shown the vehicle for 3 1/2 years because he and his wife, Arwen, have been busy with other things, primarily their 3 1/2-year-old daughter, who will be the next driver of Newman’s childhood pedal car.

Although he hasn’t shown the Biscayne ambulance very often recently, he does take it around when a new class of paramedics is graduating. He like to give them rides and show them how far ambulances have come in the past 50-some years.

He said they often wonder how first responders worked in such tight quarters. That’s when he reminds them that back in the day, the saying was, “You call. We haul. That’s all.”