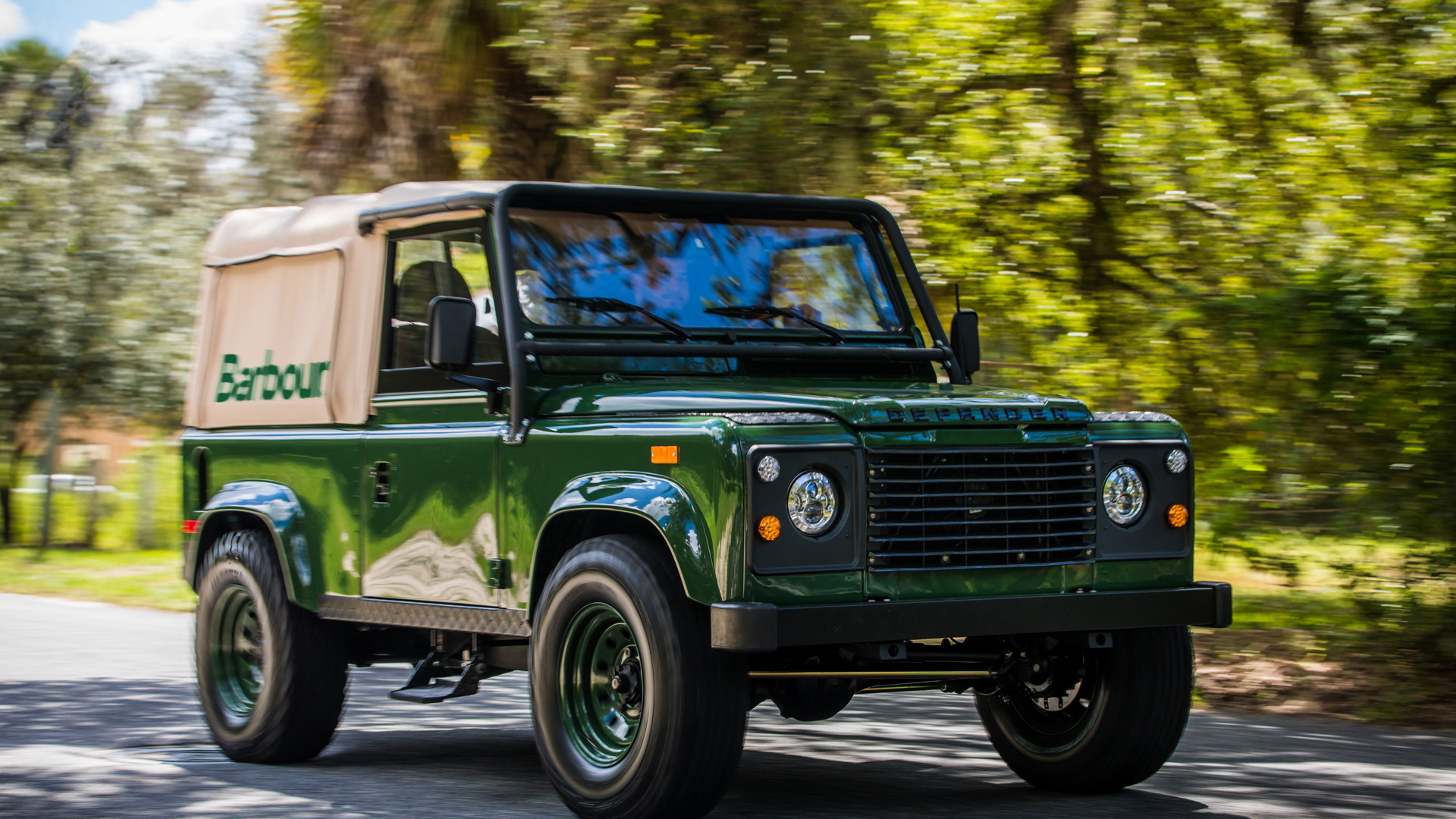 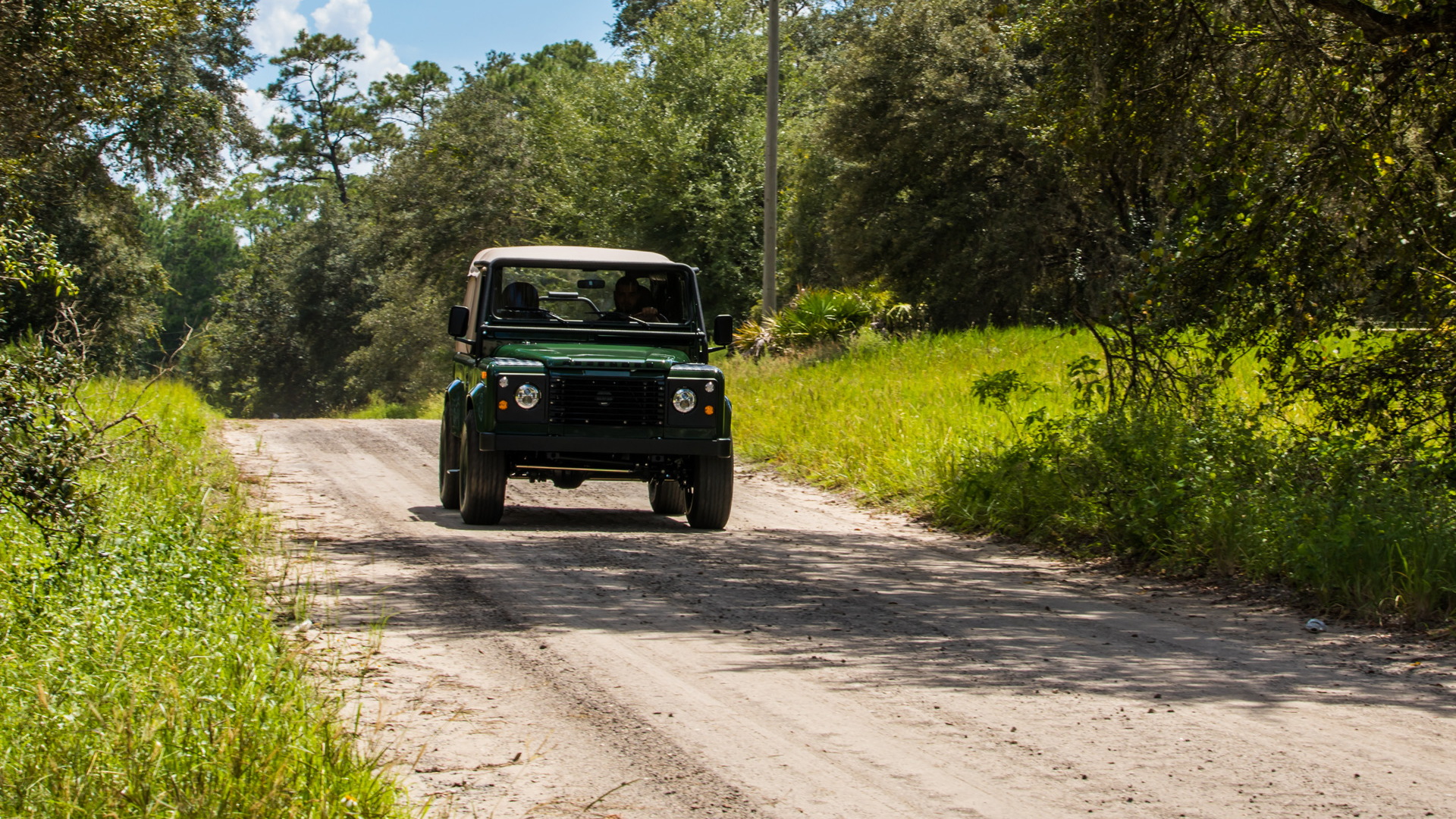 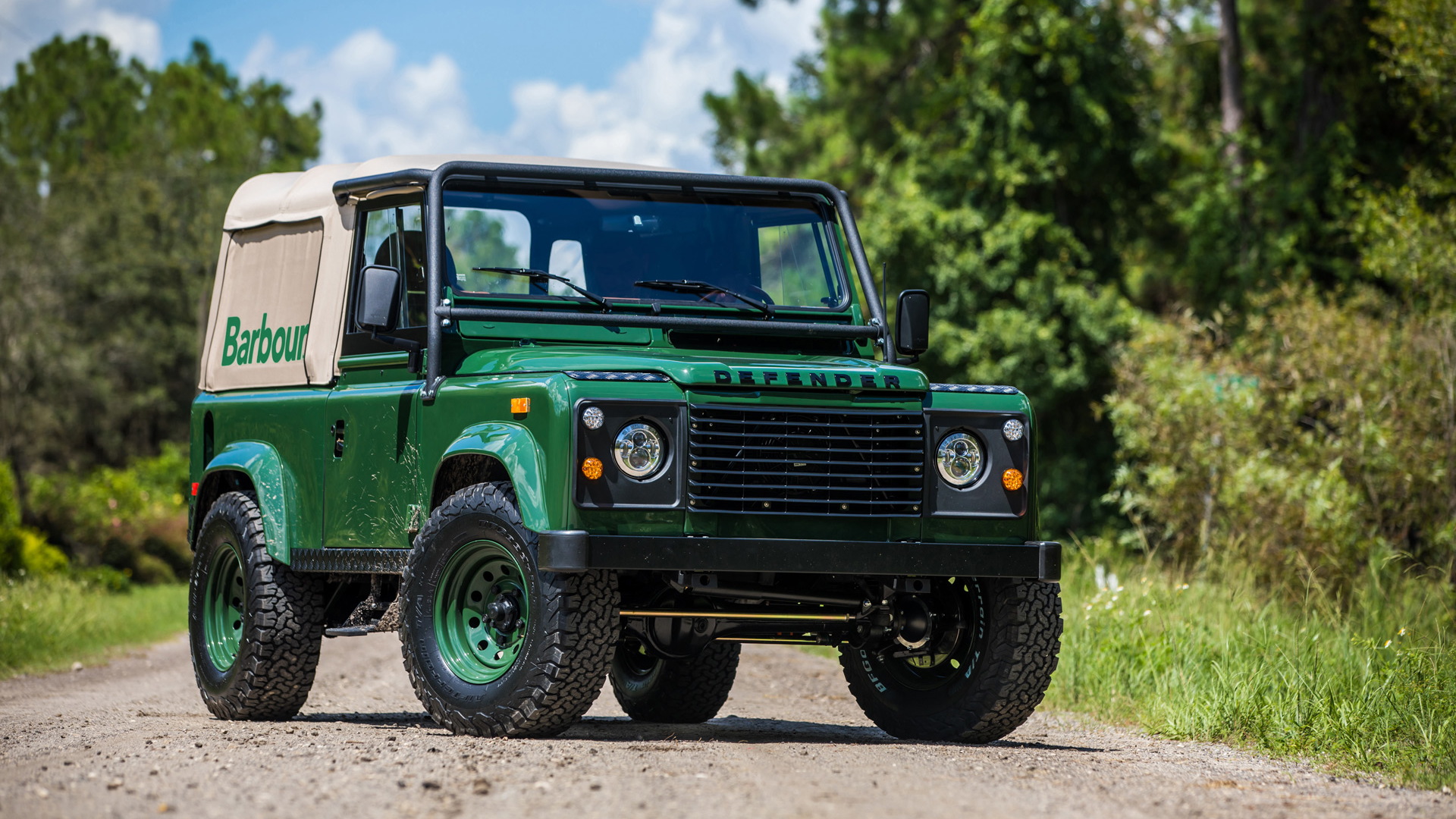 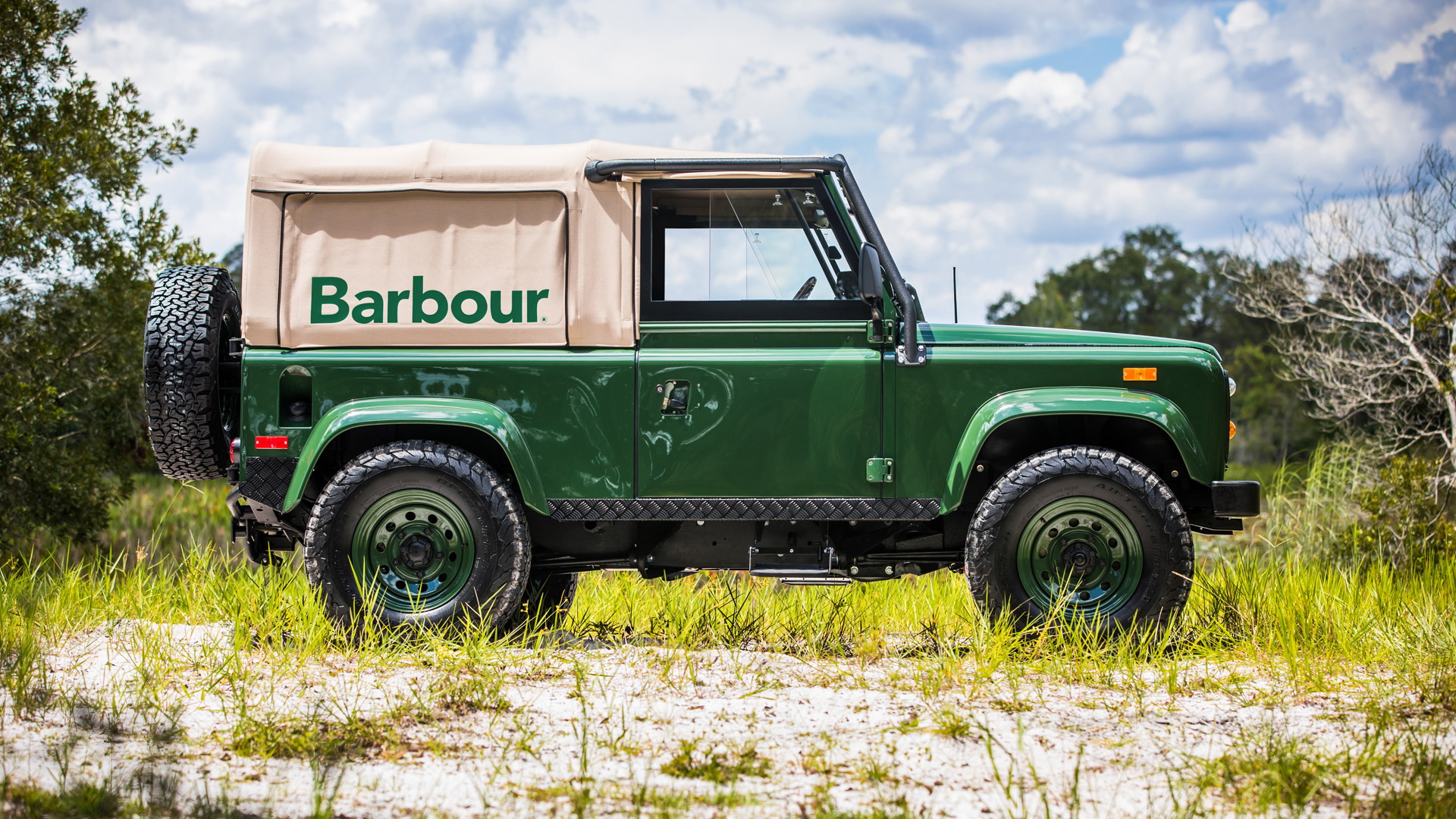 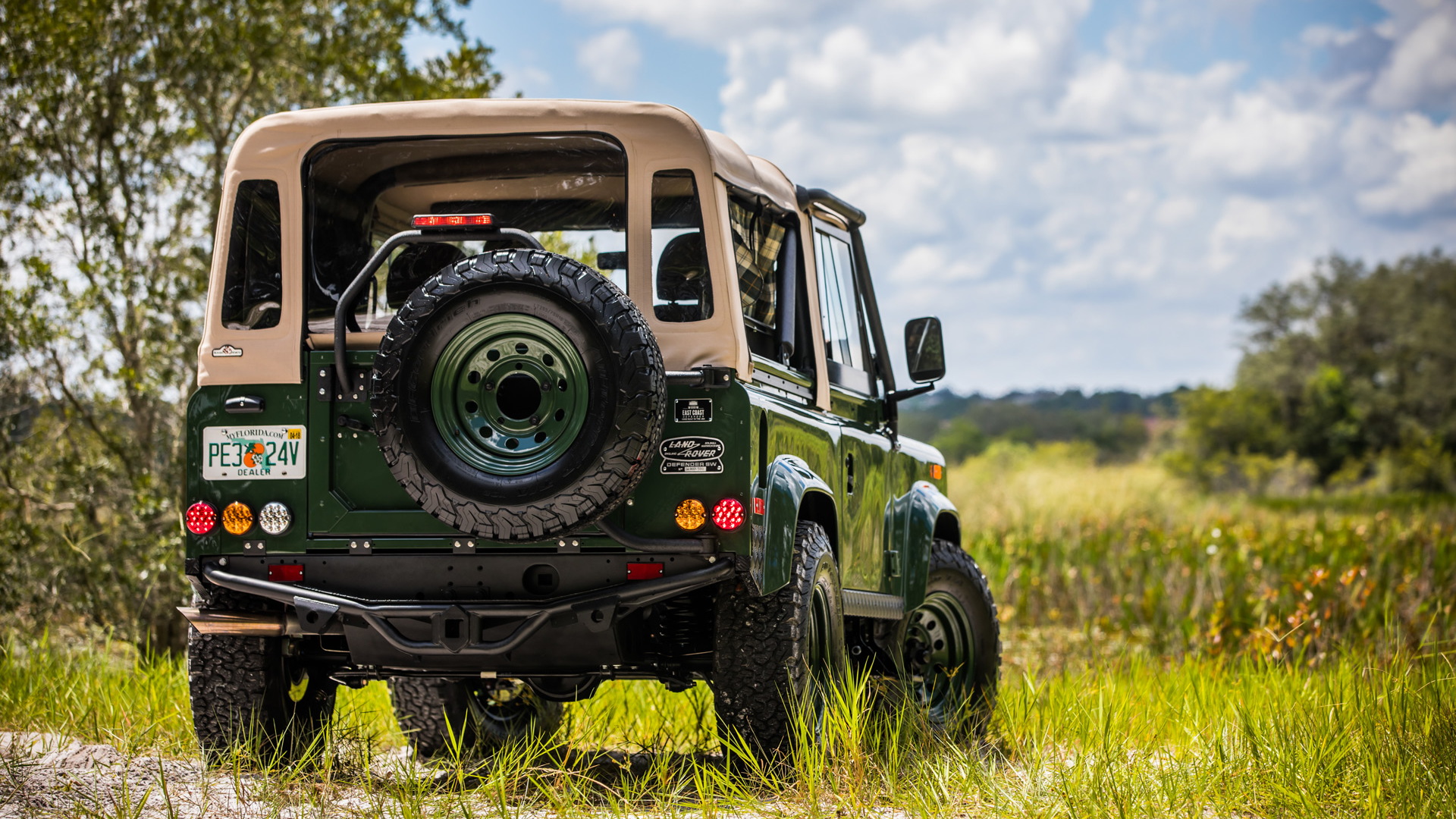 Barbour is a British fashion label famous for its rugged, waterproof clothing. The Land Rover Defender is also British, is also rugged, and is also quite adept at wading through water. Now these two icons have come together.

Barbour sells a line of Land Rover Defender-inspired clothing, and to help promote it in the United States the company has turned to East Coast Defender to build a Barbour-inspired Defender. East Coast Defender, based in Orlando, Florida, is a company that specializes in turning stock Defenders into bespoke, sometimes wild creations.

The special Defender features the stock 3.5-liter Rover V-8, which has been rebuilt to ensure smooth operation and is paired to a 5-speed manual transmission. The interior is where you’ll find most of the custom treatments. For example, the designers have added saddle brown leather accented by Barbour's famous Tartan pattern. There’s also a Momo steering wheel, a Kenwood audio system, and numerous “Barbour” labels. Barbour’s logo also features on the rear canopy which in this case is a soft-top from Rovers North.

Over the next six months, the Project Barbour Defender will make appearances at a number of retailers offering Barbour products. And at the end of the campaign, the vehicle will be given away.