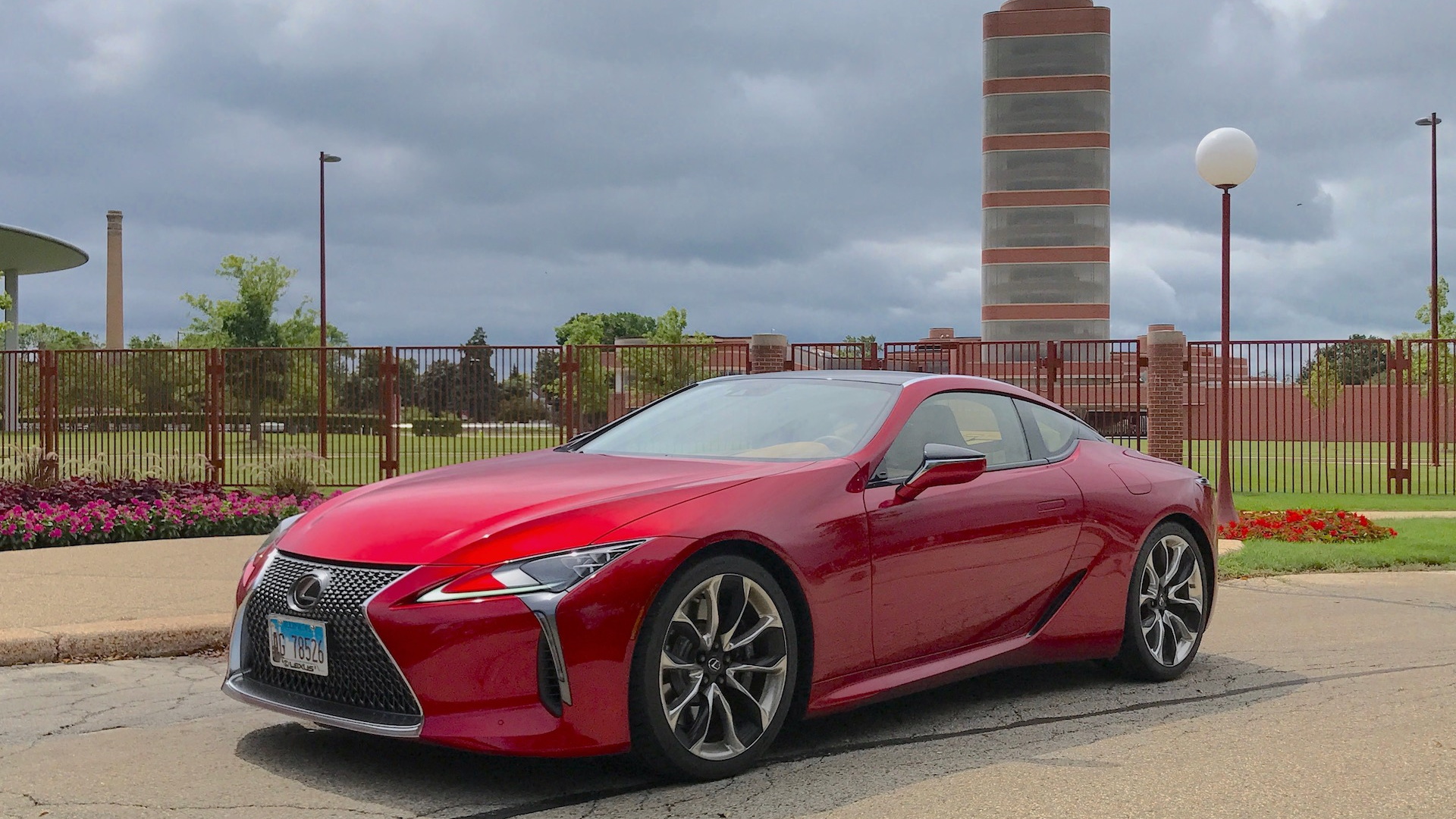 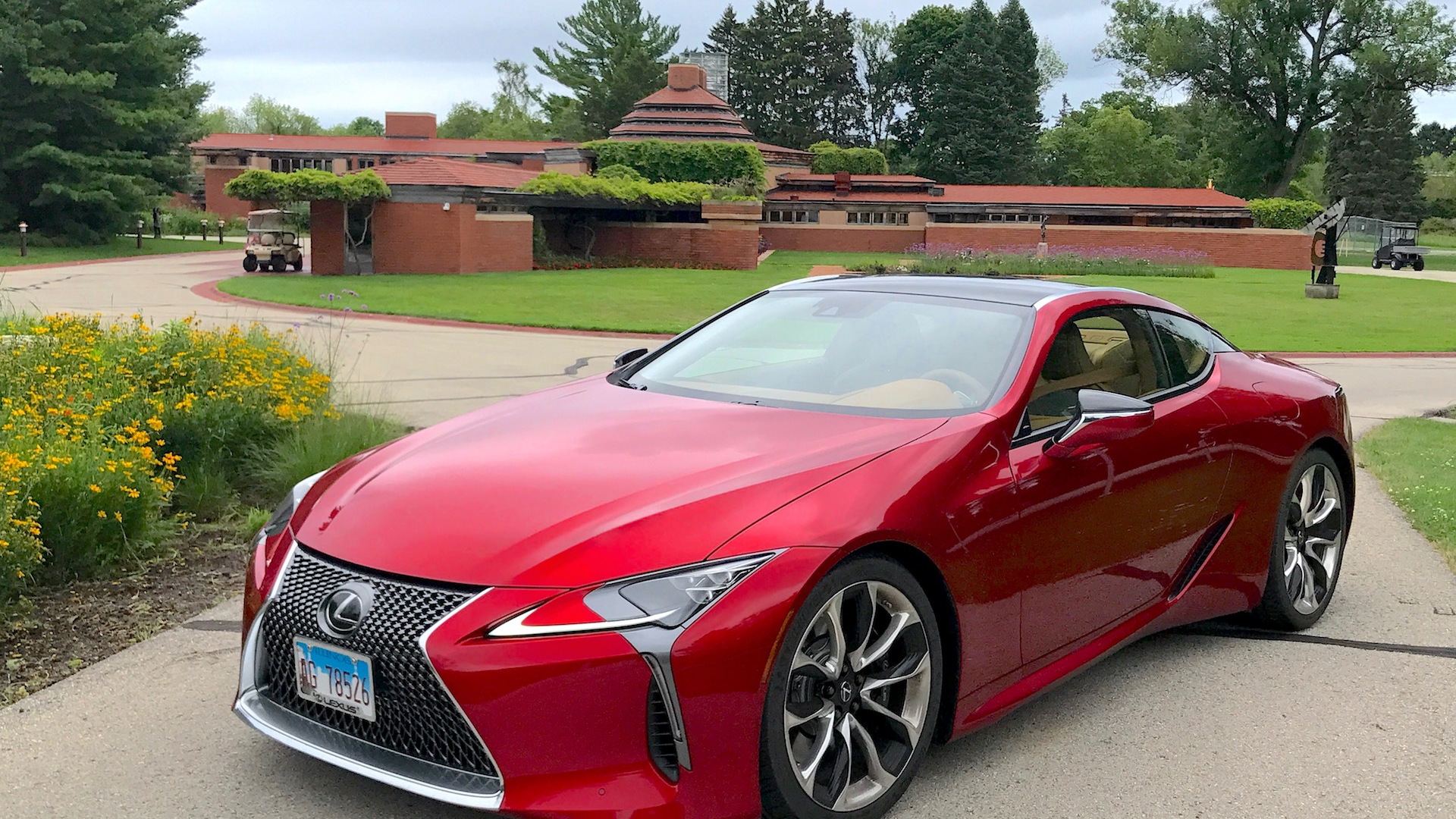 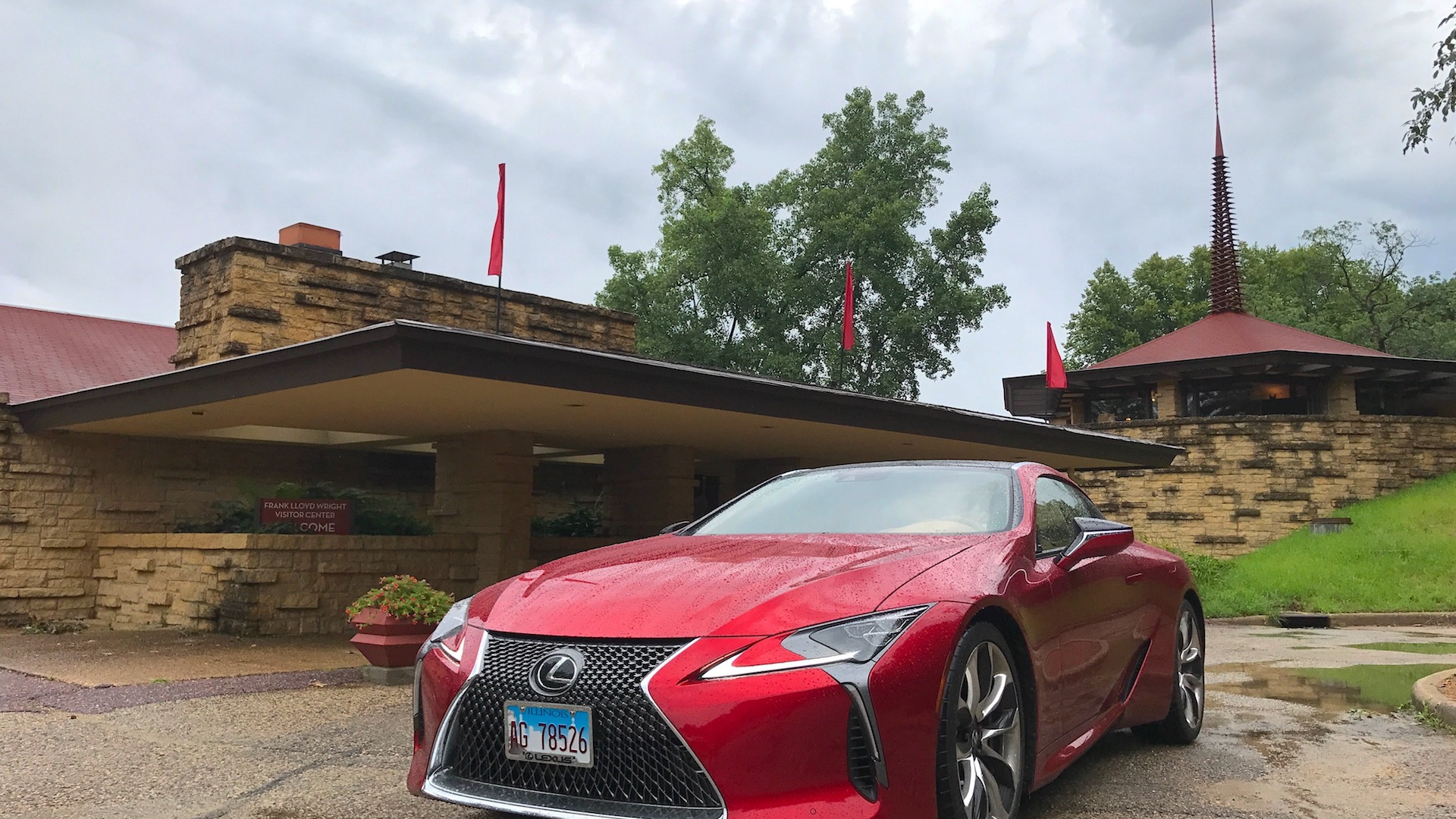 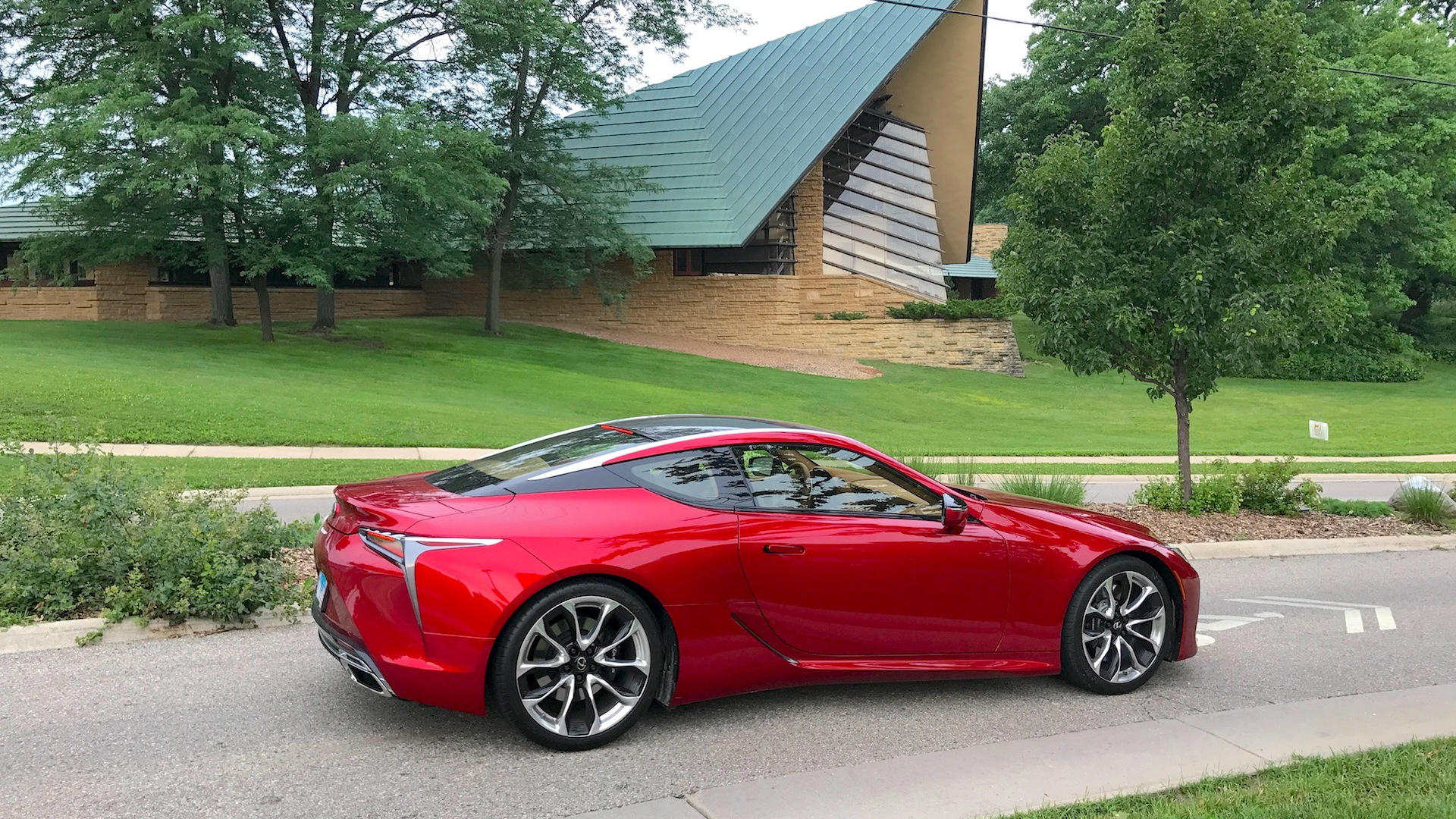 He was arguably the greatest architect of the 20th century, but he wasn't always respected in his home state. Frank Lloyd Wright was born in Richland Center, Wisconsin, briefly attended college in Madison, and lived for 50 years in Spring Green. Unfortunately, he often stiffed his contractors, he battled the government over tax bills, and he earned a reputation for arrogance. Because of these issues, he may be more revered nationally than in Wisconsin.

However, 2017 marks the 150th anniversary of Wright's birth and to celebrate, Wisconsin has officially recognized one of its most accomplished citizens by opening the Frank Lloyd Wright Trail. The trail is marked by 146 road signs that cover 200 miles between nine Frank Lloyd Wright building sites from Richland Center, to his longtime home in Spring Green, to Madison, to Milwaukee, and on to Racine.

Wright appreciated other cultures, as well as art and design in all of their forms. He was captivated by a Japanese structure called the Ho-o-Den at the 1893 World’s Fair in Chicago and traveled to Japan as early as 1905. The Japanese influence of flat roofs, large overhangs, and strips of windows is easy to spot in his work.

Wright was also a fan of automobiles, another man-made construction that only gets better with the guiding hand of design. In his autobiography, Wright praised the 1929 Cord L-29's looks—no small matter, considering the source—when he said, "It looked becoming to my houses.”

Recently, I set out on the Frank Lloyd Wright Trail. The car I chose for this grand tour? The latest grand tourer from Japan and a car that boasts a high style all its own, the 2018 Lexus LC 500.

The LC is a concept car turned sporty production coupe. It was previewed in the LF-LC concept at the 2012 Detroit auto show. That car caught the public's attention, and the LC came to production with very much the same look. The LC's form language is inspired by the contrasts of nature and technology, a look the company calls fluid precision. It is all about curves while Wright's building are very rectilinear, and yet the Japanese influence is evident in both. The chrome-plated trim along the car's rear roof pillars echoes the lines of a Japanese katana.

Speaking of that roof, it sits atop the car like the cockpit of a fighter jet, and the body lines flow away from it, flaring outward at the wheels to create the planted look of a premium performance car. More chrome trim, including the commanding grille and thin headlights and taillights, bejewels the car. It's a stunning, sleek, sexy car that challenges the Aston Martin DB11 for grand touring design supremacy for far less money.

I photographed the LC 500 at seven of the nine sites along the route, and I must say it looks becoming with Wright's buildings. For more information on each of the buildings, see my travel story on our corporate sister site, Fodors.

While the trail covers 200 miles, the realities of tour times meant my tour covered 451 miles due to some backtracking. To piece together your own trip, download the Frank Lloyd Wright Trail app, which lists tour times, has phone numbers for each location, and offers a trip planner, or visit this link.

A.D. German Warehouse, Richland Center. Wright built this warehouse in 1915 for fellow Welshman A.D. German. The frieze on top shows Wright's dedication to design, even for a purely utilitarian grocery warehouse. Located in Wright's birthplace of Richland Center, it's ideally either the first or last stop on the tour. After more than 30 years of laying dormant, the A.D. German Warehouse currently is at the start of a planned renovation.

Taliesin Visitor's Center, Spring Green. If you can only make one stop on the tour, make it Wright's home at Taliesin. Welsh for "Shining Brow," Taliesin features seven structures, including Wright's home, the still active architecture school he started in the 1930s, the Visitors Center (pictured), and his original studio. The highlight is the home, which Wright used as a living laboratory for architectural ideas. Set in Wisconsin's Driftless region that was untouched by the glaciers, the surrounding area is hillier than usually flat Wisconsin.

Wyoming Valley School, Spring Green. Wright designed the Wyoming Valley School in 1956, just three years before he died at 92. Maybe he softened in his later years, because he paid for part of its construction and even the land it's built on. The design is based on a children's playhouse building he designed for the Chicago suburbs. Like most Wright buildings, the roof leaks.

First Unitarian Society Meeting House, Madison. Wright was a lifelong Unitarian, and in 1948 his congregation asked him to design a new church. The building has many Wright staples: long roof overhangs, a repeating shape throughout (triangles), tall ceilings, and local materials (Wisconsin sandstone). The building rises from the ground like a plow pointed toward the nearby lake. As the congregation grew, the building was converted from a church to a meeting house for the members.

Burnham System-Built Homes, Milwaukee. The System-Built Homes were Wright's attempt to corner the nationwide housing market. Wright made hundreds of drawings and teamed up with a partner in Milwaukee to pre-cut the materials, which would be assembled on site. Six of these houses are located in a nondescript neighborhood in Milwaukee, but only roughly 20 were built as World War I made building materials scarce.

Wingspread, Racine. In 1939, Wright designed the family home for S.C. Johnson president H.F. Johnson. Constructed in four wings, the idea was based on the layout of Chicago's Drake Hotel, conceived by Johnson. Designed in Wright's Prairie style, the 14,000-square-foot house blends in to the surrounding land. The most striking feature is a turret-like chimney and central tower that sits in the living room. Wright penned S.C. Johnson's Administration Building at about the same time.

S.C. Johnson Research Tower, Racine. Wright continued his relationship with S.C. Johnson by designing the Research Tower in 1951. This 15-story lab is cantilevered; it's only 13-feet across at its base and 40 feet wide just a few feet above. Thousands of Pyrex tubes substitute for windows, blocking out the unattractive Racine cityscape and providing so much light inside that all employees had to be issued sunglasses. Glade, Off!, Pledge, and Raid were all developed here.