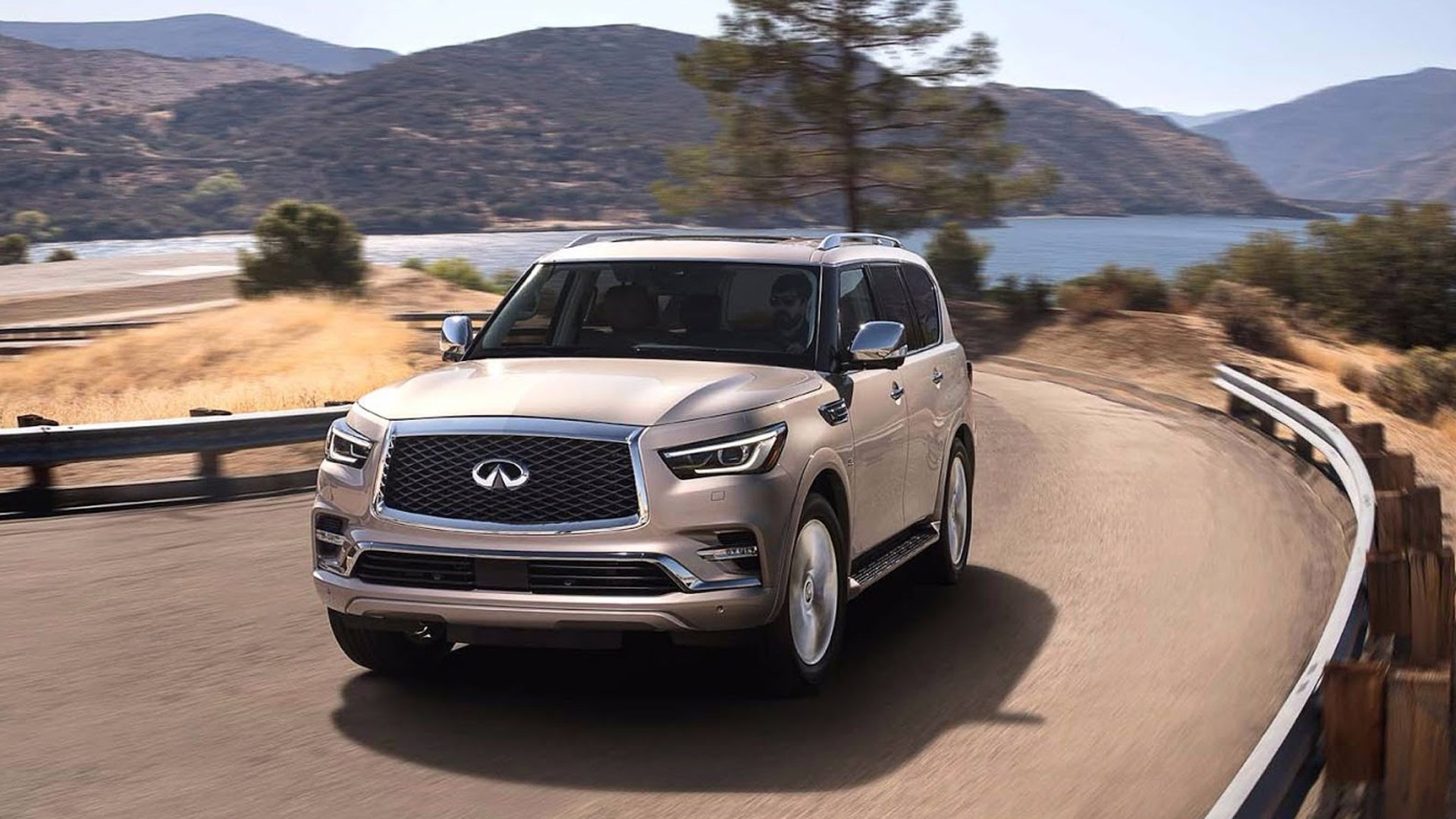 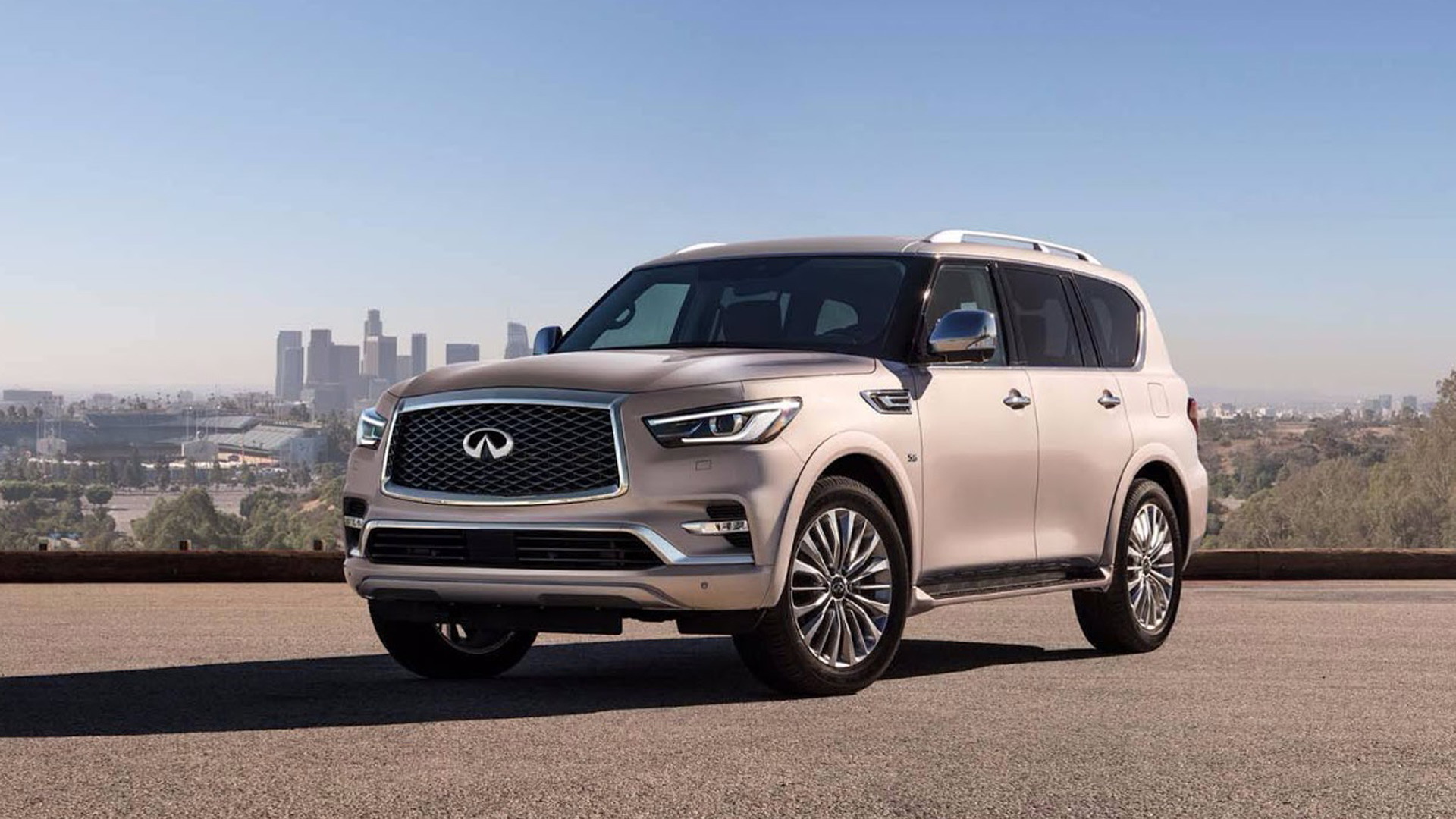 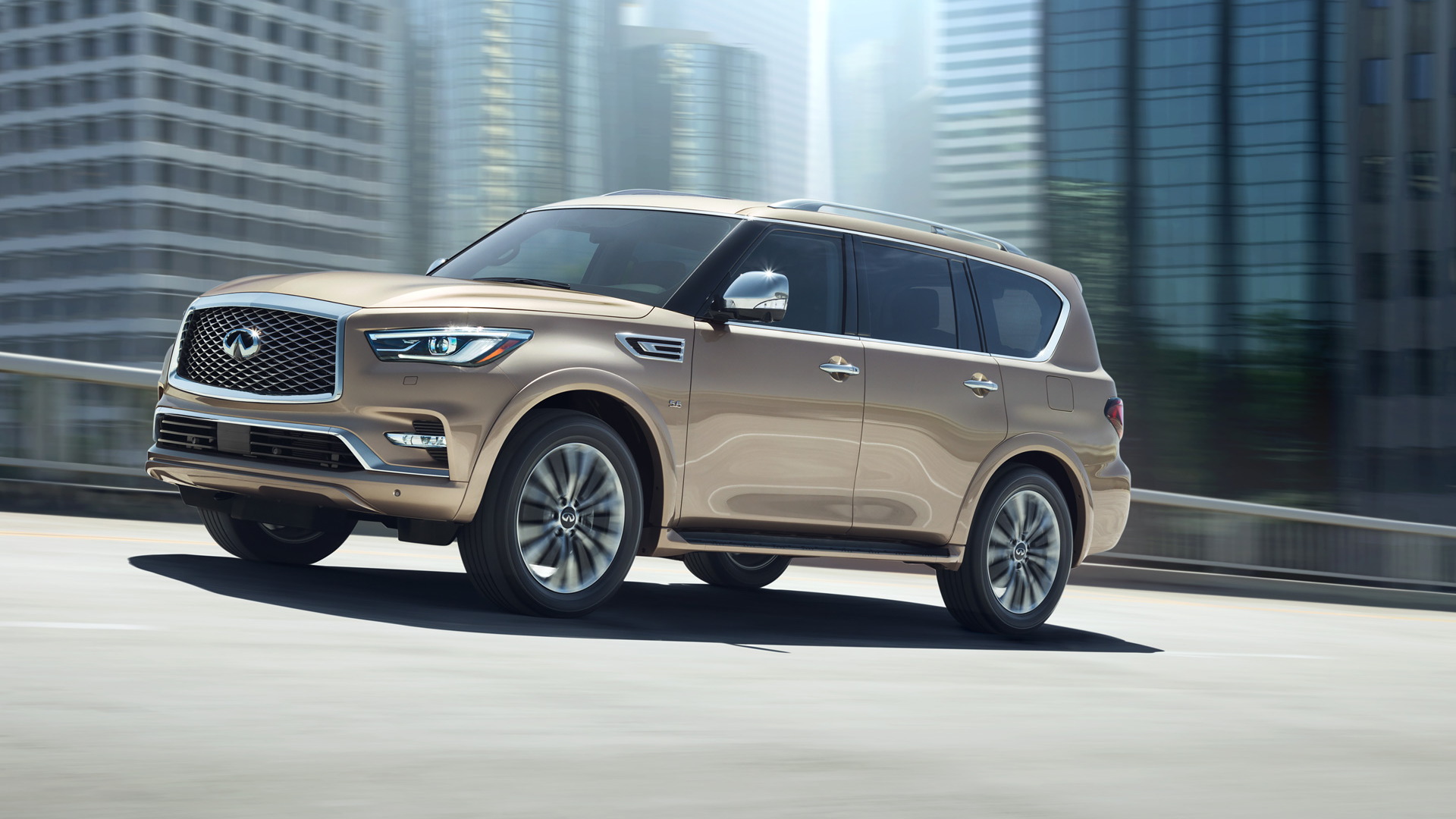 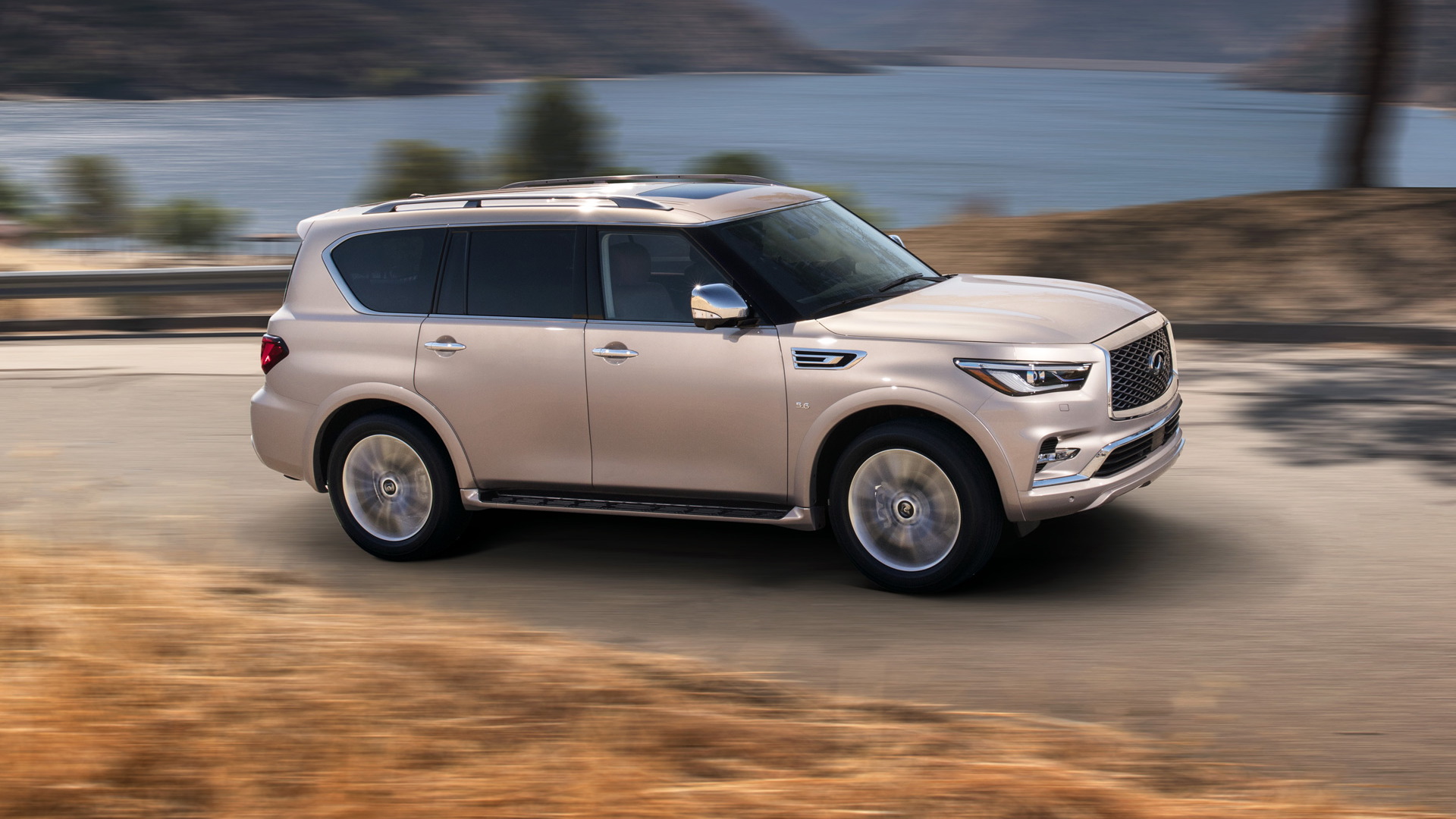 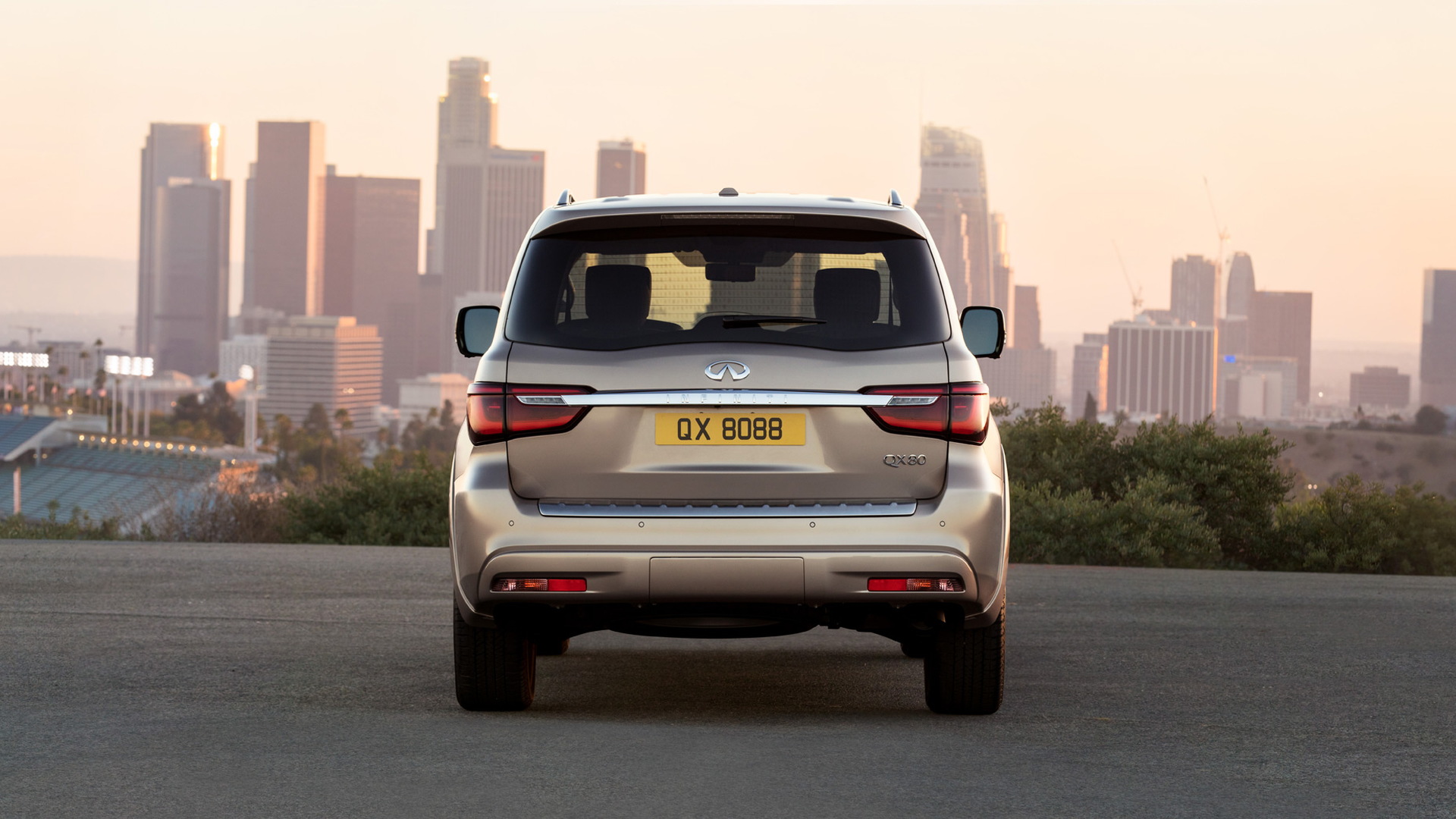 This is the vehicle Infiniti previewed in April with the QX80 Monograph concept, though it barely resembles the handsome show car. Sadly, Nissan's upmarket brand has pulled a Subaru and given us the exciting concept to dull production model bait-and-switch.

The 2018 QX80 is simply an extensive update of the current QX80, which arrived on the scene in 2011 as a QX56. That’s why the 2018 model still has the bulbous proportions and low-hanging lights of its predecessor. At least the lights, which feature a new design, are sitting slightly higher now. 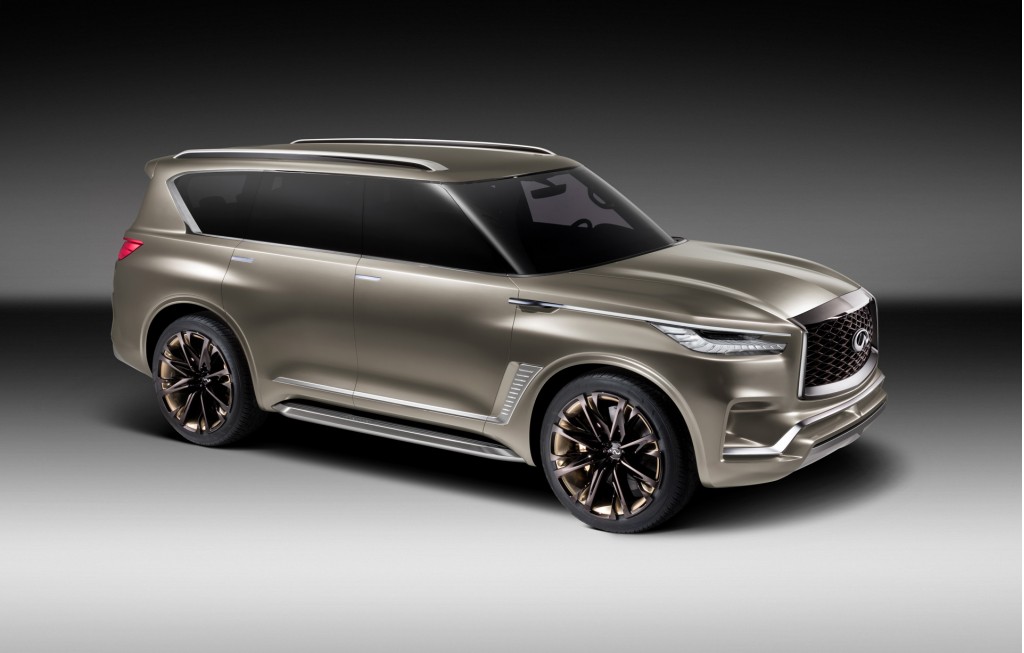 The good news is that the QX80’s platform is hard to fault as it’s the same sturdy body-on-frame design found in the Nissan Armada. And the Armada is basically the Nissan Patrol, considered to be of the most capable off-roaders in production.

There aren’t any mechanical updates to report on. The 2018 QX80 comes with its predecessor’s 5.6-liter V-8 good for 400 horsepower, 413 pound-feet and an 8,500-pound towing capacity. The sole transmission is a 7-speed automatic, mated to a standard rear-wheel-drive system or available all-wheel drive. The standard wheels are a 20-inch set but 22-inch wheels are available.

Where the engineers have attempted to improve the 2018 QX80 is in the refinement. In particular, additional sound proofing material was added to reduce outside noises entering the cabin. The cabin is pretty much the same as the predecessor’s design. There are new trim materials to choose from, and the leather surfaces feature new stitching patterns as well as new colors. 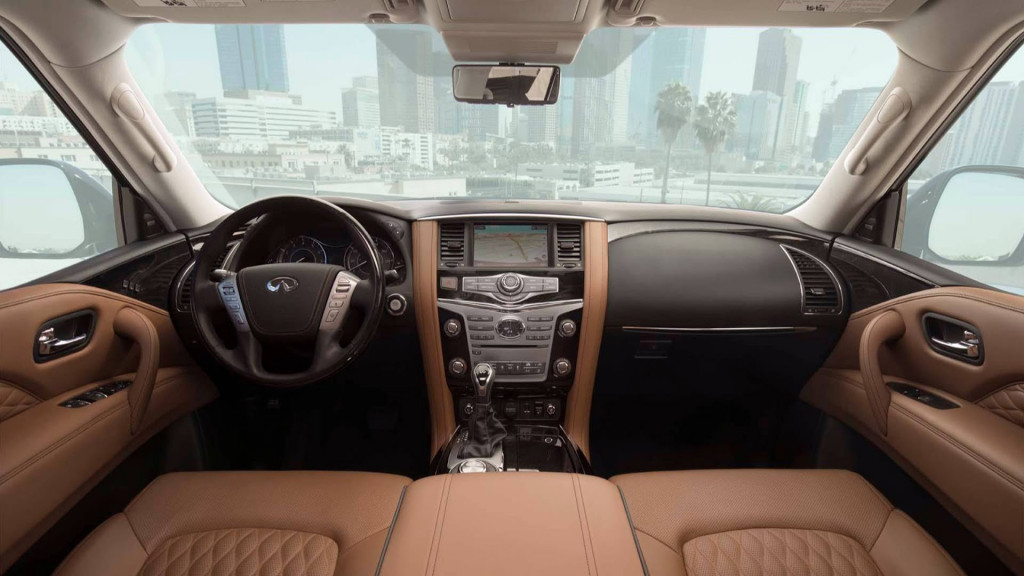 Following the debut in Dubai, the vehicle will make its first appearance in the United States later in the month at the 2017 Los Angeles Auto Show.

For more on the Infiniti QX80, read the in-depth reviews over at The Car Connection.