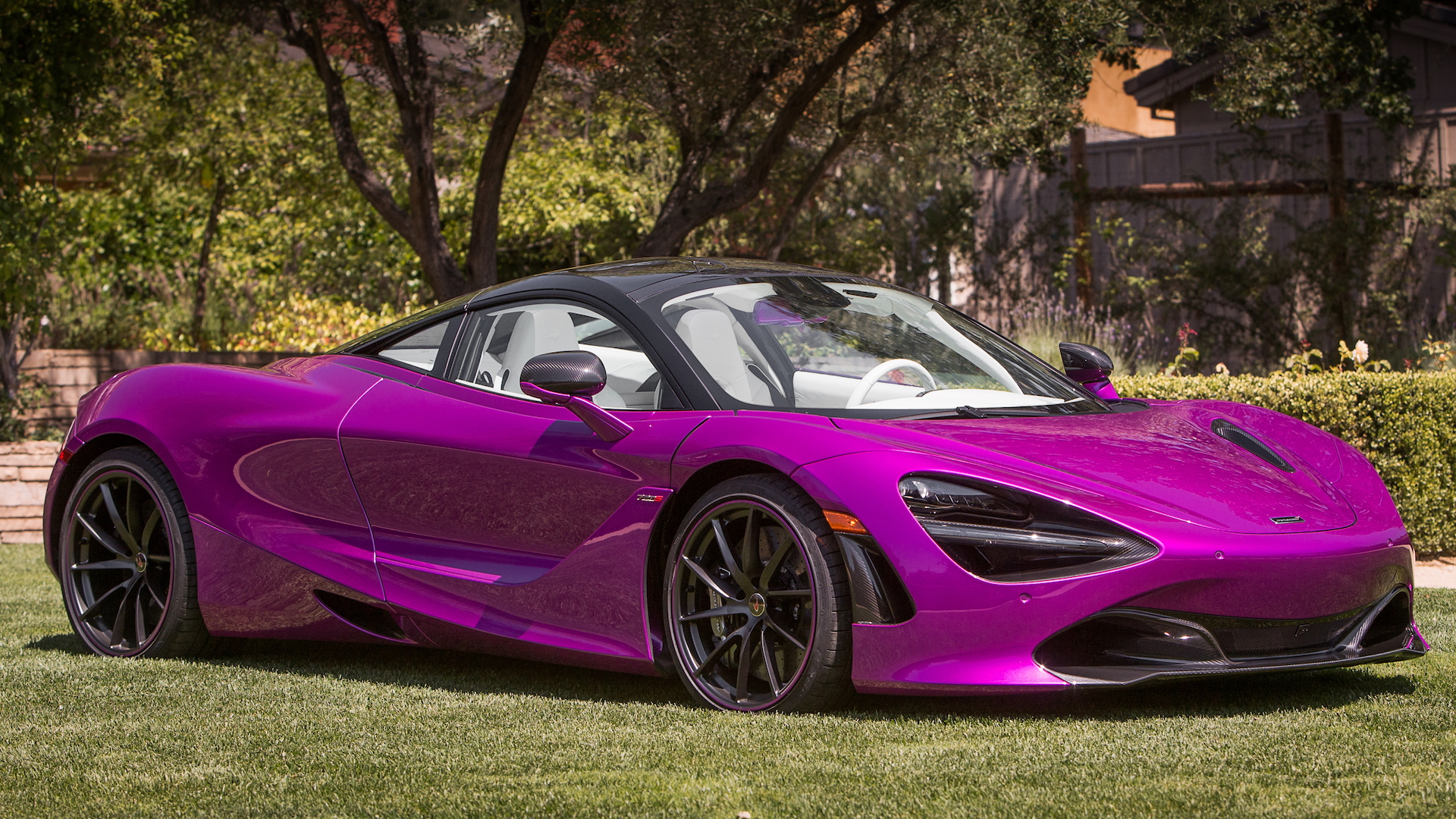 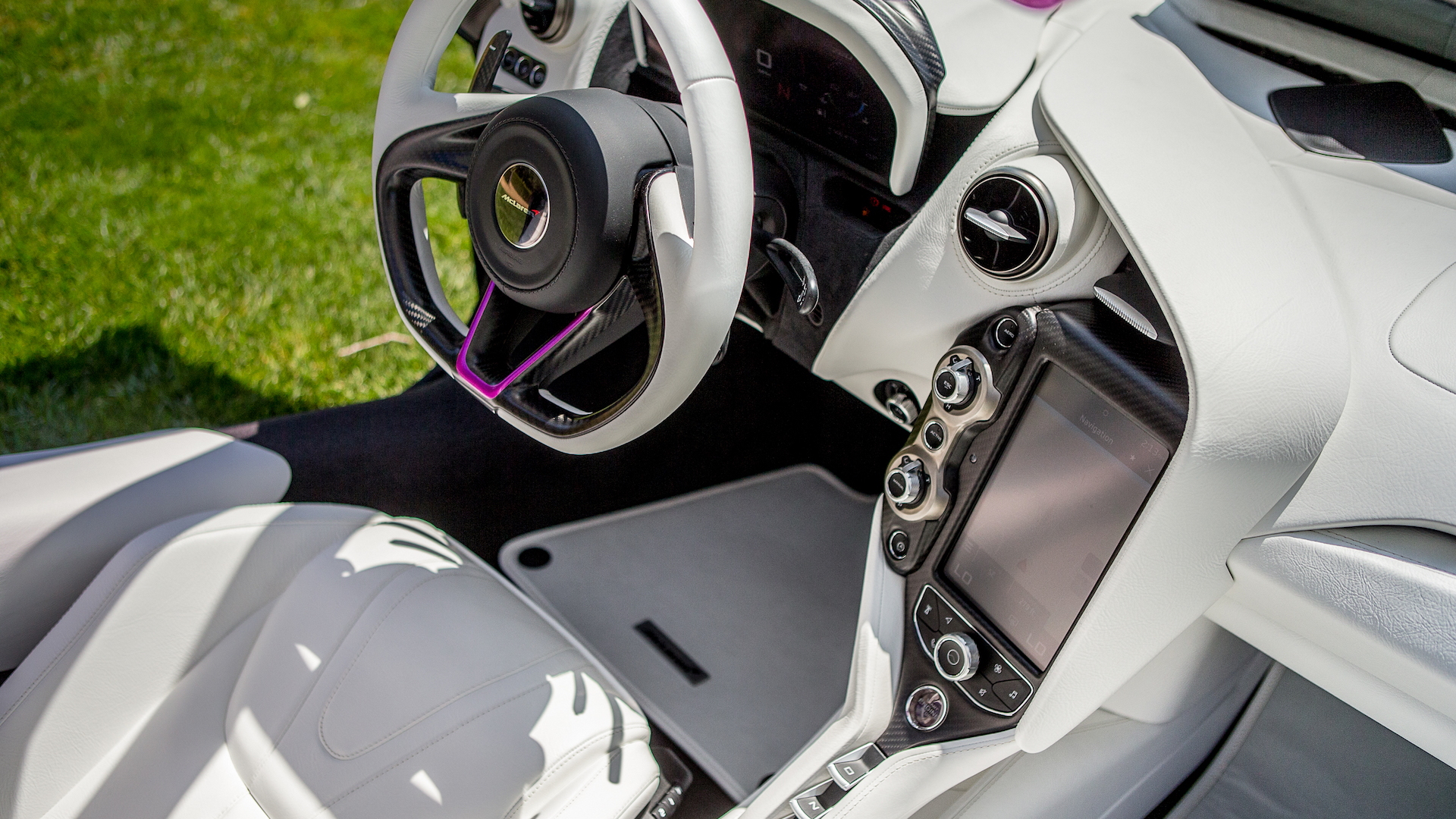 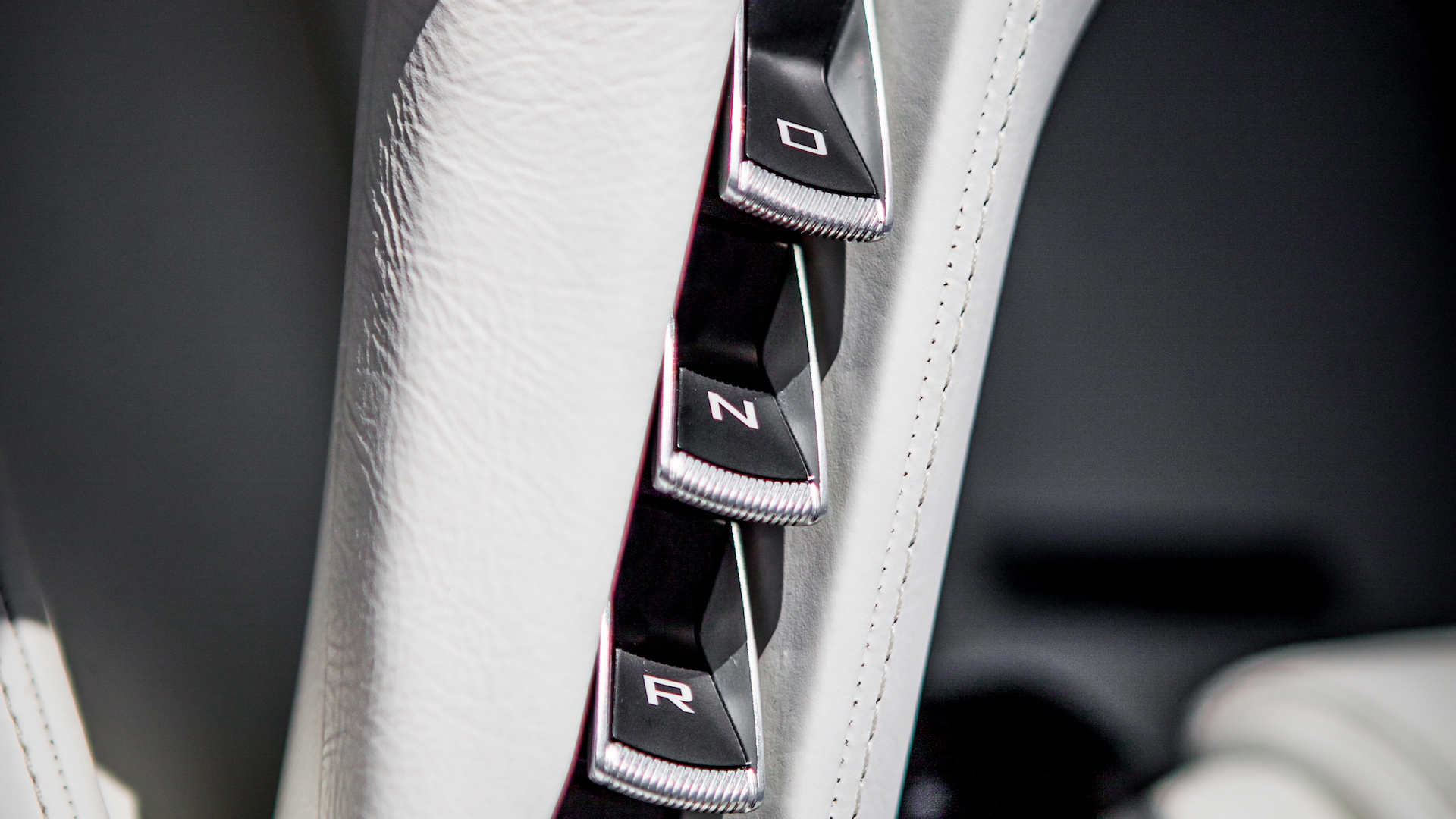 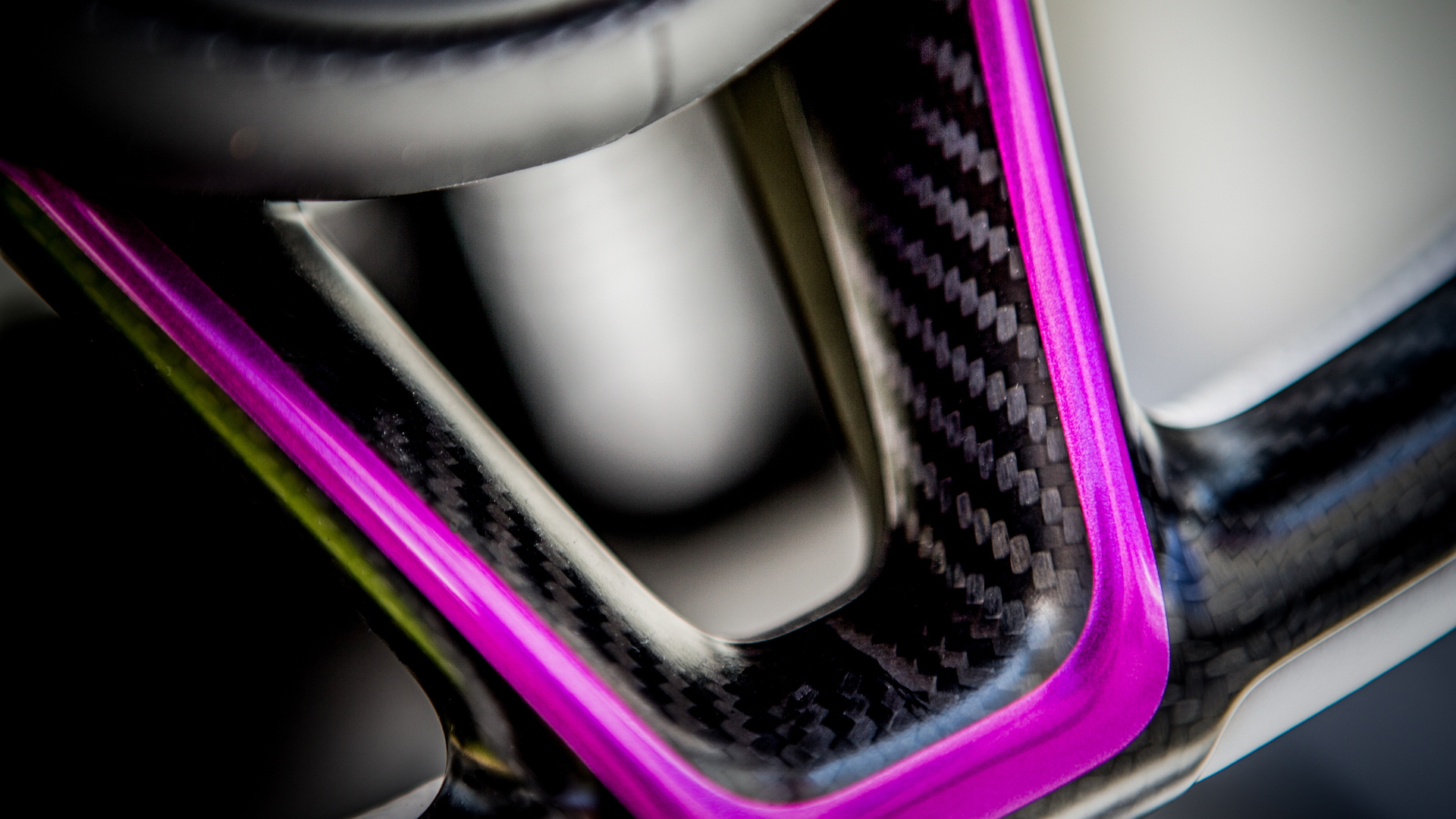 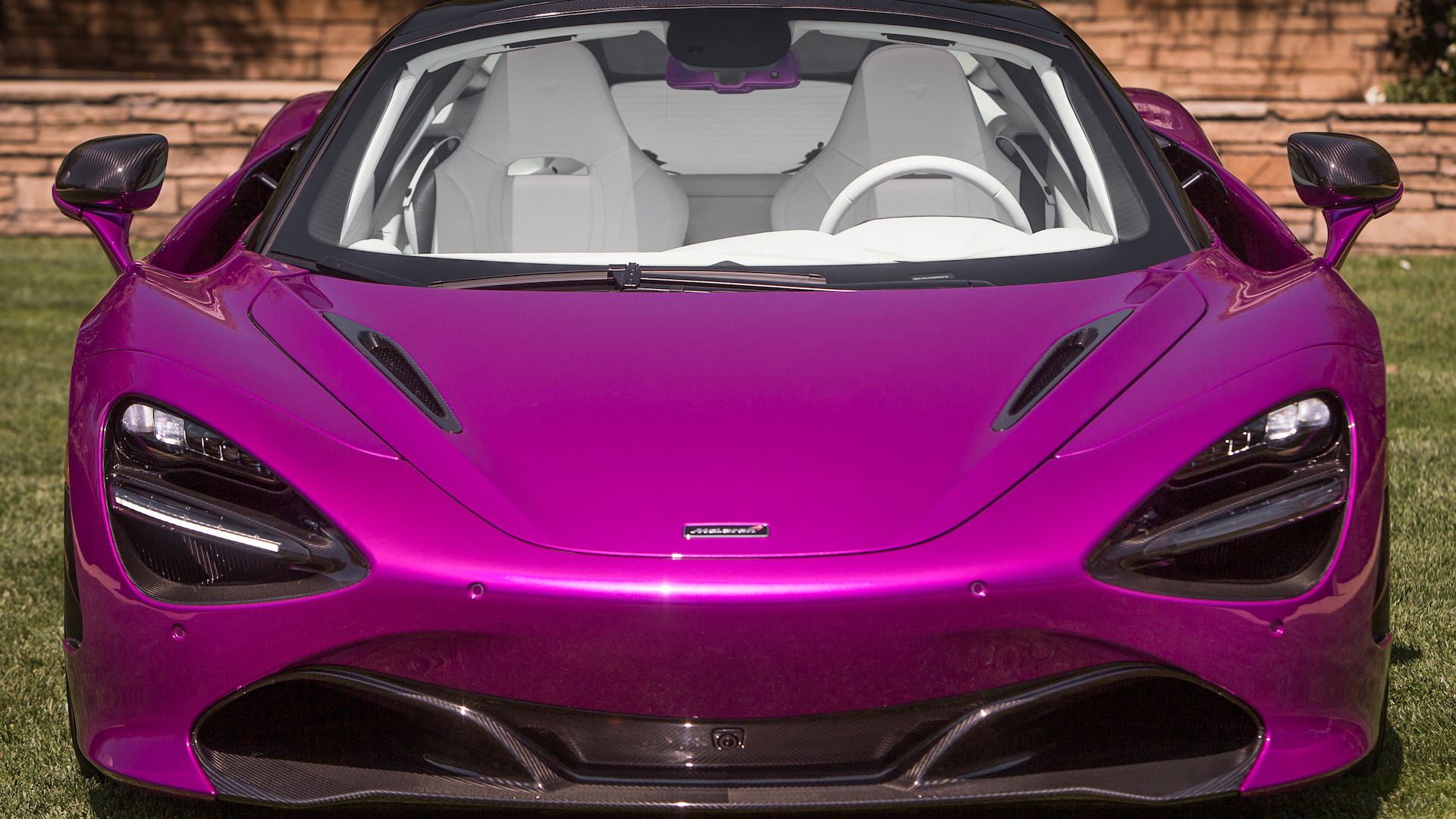 Pebble Beach hosts hundreds of outrageous automobiles, but we doubt there will be any other car finished in a hue quite like this fuchsia McLaren 720S. McLaren Special Operations (MSO) undertook the project to build this bespoke 720S commissioned by enthusiast Michael Fux.

Fux is an entrepreneur with a serious penchant for one-off cars. He's previously commissioned a McLaren 12C in McLaren Orange, a 12C Spider in a unique purple and a McLaren P1 in an unusual green hue. The fuchsia shade seen here is by far the most extreme of his commissioned McLarens, though. In fact, the color even has a proper name: "Fux Fuchsia," named after the man himself.

Contrasting, and we really mean contrasting, the bright exterior color is a white leather interior that pops unlike any other McLaren color combination we've seen in recent years. But, MSO and Fux also designed the interior to feature splashes of fuchsia on the door inserts, steering wheel, and rearview mirror. An MSO exhaust and various carbon fiber components have also been fitted, which can be ordered for any McLaren.

McLaren presented the final product to Fux ahead of its debut at Pebble Beach on Sunday. Those in attendance will surely be able to spot it from afar, but if you need directions, it will be present on the Concept Lawn area. For more Pebble Beach and Monterey Car Week coverage, our dedicated hub.