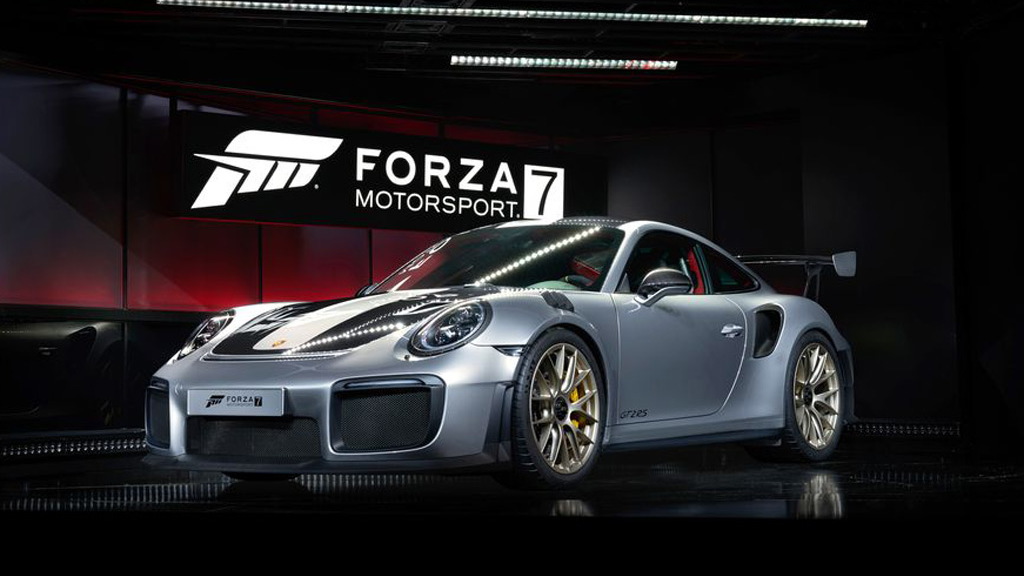 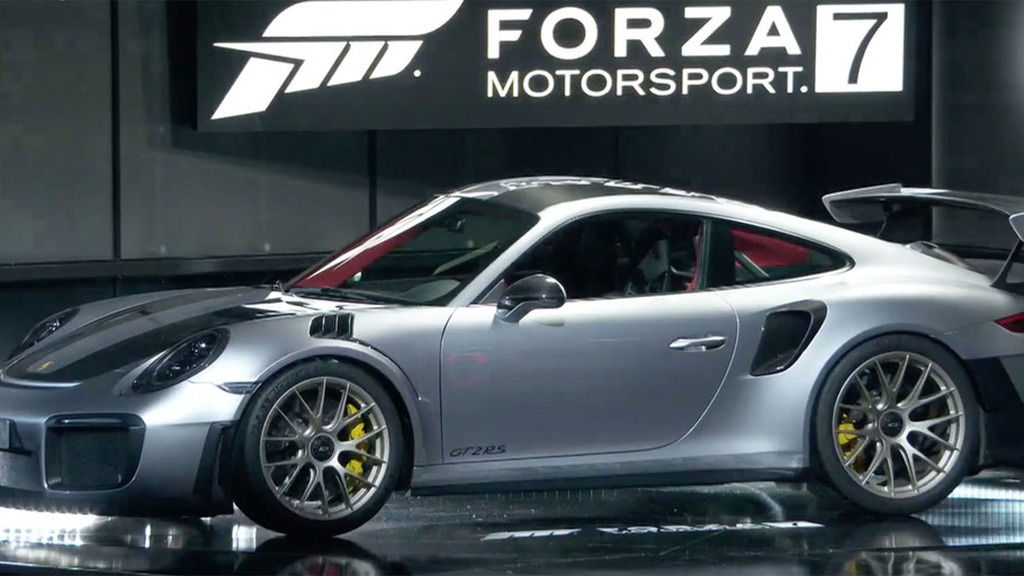 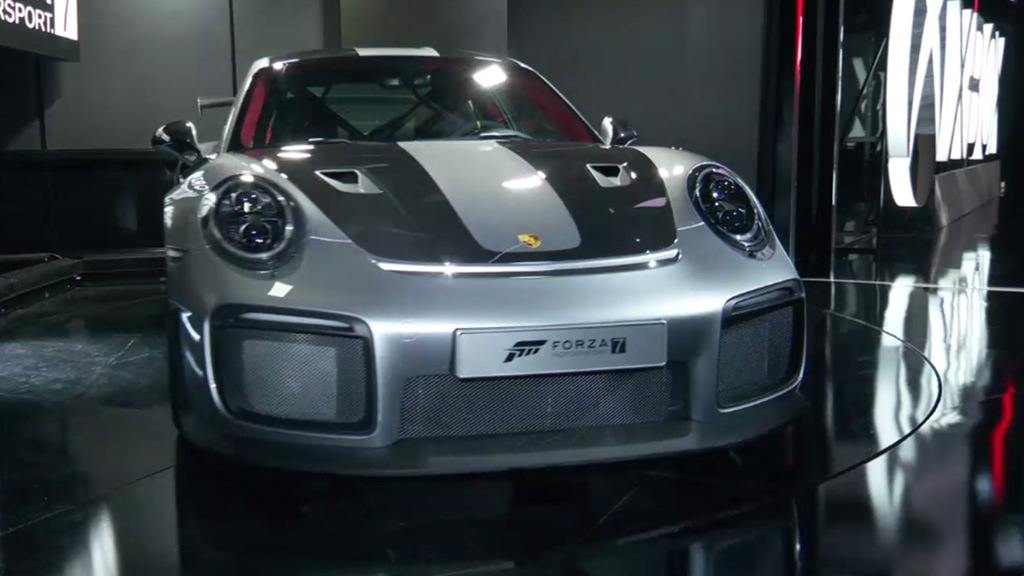 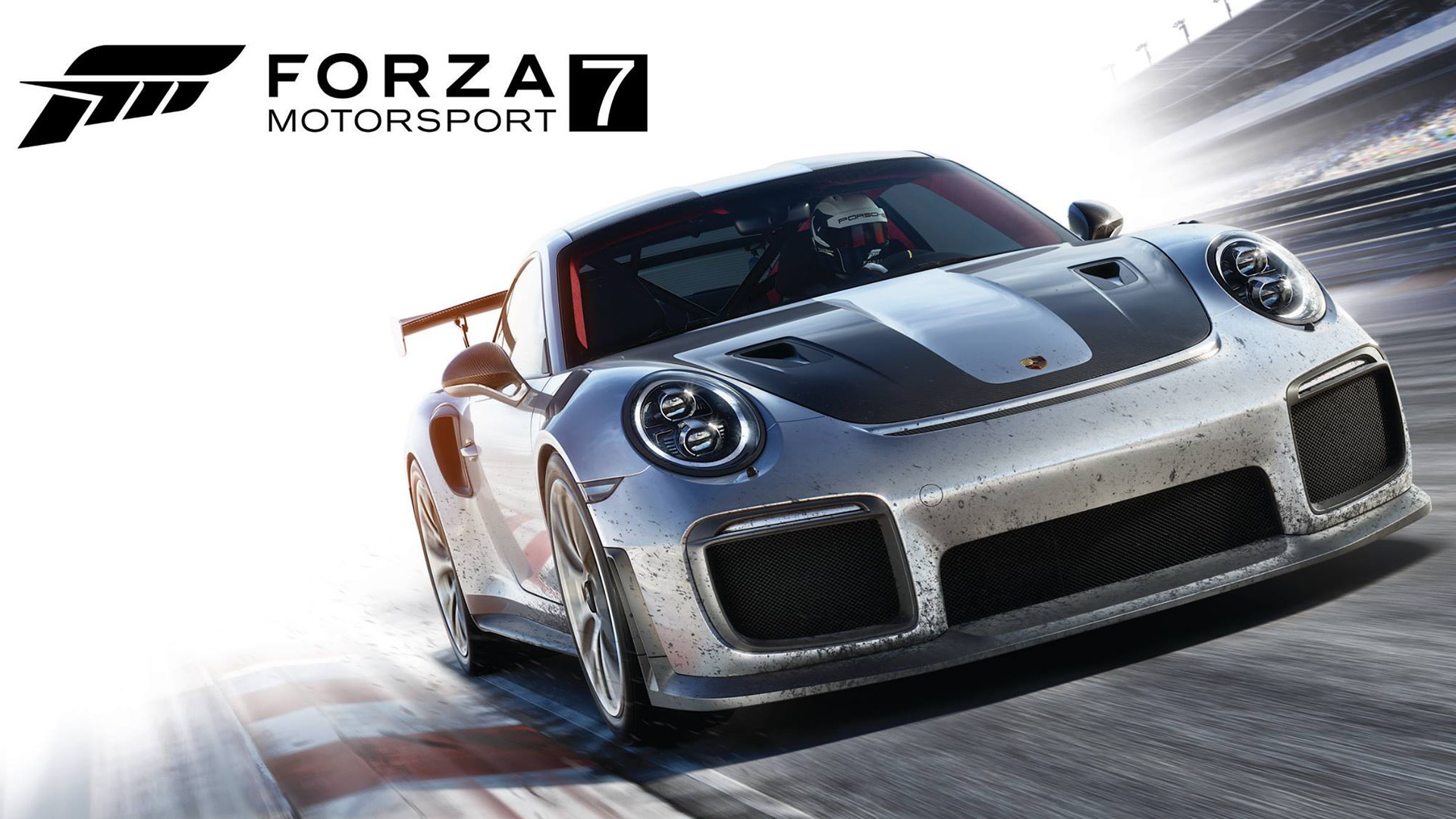 Porsche on Sunday used the launch of the “Forza Motorsport 7” video game to briefly show its new 911 GT2 RS. The launch took place at an Xbox preview showing for E3 which runs from June 13-15 in Los Angeles.

It's a big deal for the "Forza" community as the uber 911 is also the featured car on the cover art of the video game, which will be available for Xbox and PC on October 3. Recall, Porsche ended its pesky licensing agreement with EA last year, allowing the brand’s cars to once again feature on other publishers’ titles after a five-year hiatus. ("Forza" is published by Microsoft.)

But getting back to the GT2 RS, the car makes its formal debut at September’s 2017 Frankfurt auto show and should be on sale late this year or early next. It will arrive as a 2018 model.

No new details were divulged at the reveal, though we already know a few things. The engine is an uprated version of the 911 Turbo’s 3.8-liter twin-turbocharged flat-6. Mods specific to the GT2 RS’s mill are said to include bigger turbos, tougher internals, a lightweight titanium exhaust system, and a water-injection system just like the one fitted to the BMW M4 GTS. The result should be a peak output exceeding 650 horsepower and 553 pound-feet of torque. Oh, and it also sounds brutal.

The rear-mounted engine is mated to a 7-speed dual-clutch transmission—previous GT2s came exclusively with manual transmissions—and drive is still to the rear wheels only. Thanks to a launch control system, 0-60 mph times should come in below 3.0 seconds. Meanwhile, the top speed should be in excess of 211 mph.

There will be plenty of chassis upgrades, too. Most of these are being borrowed from the 911 GT3 RS and 911 GT3 Cup race car.

These chassis upgrades will work in conjunction with various aerodynamic mods. After months of camouflaged prototype sightings, we can finally see some of them. Massive intakes sit up front and are joined by new NACA-style ducts in the hood. The latter are designed to feed cool air to the car’s carbon-ceramic brakes. There are also more aerodynamic side mirror caps, plus there’s no missing that massive wing out back.

Another goal of the GT2 RS team is weight reduction. Some specific mods in this regard include thinner Gorilla Glass for the rear windshield, a stripped-out interior, and some carbon fiber components. Further savings will possible via an available Weissach package. With this package, we could see the curb weight drop below 3,300 pounds.

All of these mods should lead to incredible track times. With the regular 911 GT3 now capable of a 7:12.7 Nürburgring lap time, we hear the GT2 RS might go under the 7:00 marque. Right now the fastest rear-wheel-drive production car around the ‘Ring is the Mercedes-AMG GT R which set a time of 7:10.92 in 2016. The fastest production car is still the Lamborghini Huracán Performante which set a time of 6:52.01 in 2016.