Holden has a new Commodore coming in 2018, though the car is really a rebadged Opel Insignia Grand Sport (a Buick Regal Sportback to us Yanks) that will be sourced from Germany, as opposed to made locally.

Nevertheless, the front-wheel-drive, V-8-lacking fastback sedan will continue to serve as the basis of Holden’s entry in the Australia Supercars Championship (formerly V8 Supercars). The racing version will even pack a V-8, at least initially.

Holden on Friday revealed the design of its latest Commodore race car for Australia Supercars. The car is still undergoing final testing ahead of homologation in the fourth quarter of 2017 but should be ready to line up on the grid by the start of the 2018 season. 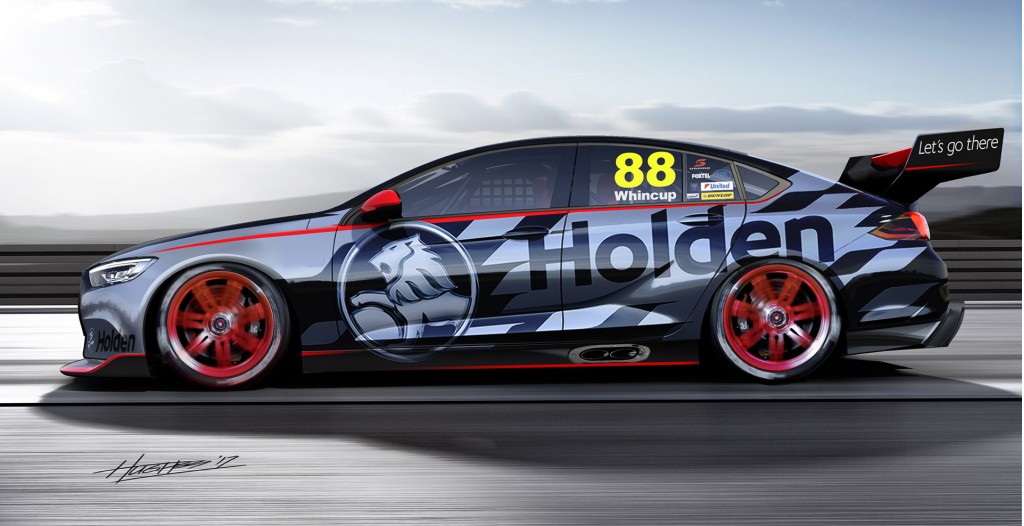 Handling the development is Holden and factory-backed team Triple Eight Race Engineering. GM Design Australia Exterior Design Manager Peter Hughes was responsible for the exterior, while underneath sits a control chassis common to all teams competing in Australia Supercars.

Along with the reveal of the car, Holden confirmed it will stick with the current 5.0-liter Chevrolet V-8 for the 2018 season only. A twin-turbocharged V-6, suitable for Australia Supercars’ Gen 2 regulations, is currently undergoing development in partnership with the General Motors Performance and Racing Center located in Pontiac, Michigan.

Triple Eight Race Engineering will seek approval from organizers to run a V-6-powered Commodore as a wild card entry at selected rounds in the 2018 season in preparation for a full rollout for the 2019 season. The engine will then be made available to all teams fielding the Commodore.