One of the six cars Genesis plans to have in its lineup by the end of 2020 is a large, luxurious coupe built more for grand touring than carving up race tracks.

Unfortunately, a previous plan to fit the car with a V-8 looks to have been axed with Genesis instead favoring an electrified powertrain. The information was confirmed to Drive by Genesis design boss Luc Donckerwolke.

“As much as I like to drive V-8s, I believe electrification is going to be a main element,” the former Bentley and Lamborghini design told the Australian publication when quizzed about a V-8 being fitted to the new coupe.

He pointed to the regulatory environment as one of the key reasons for going the electrification route. 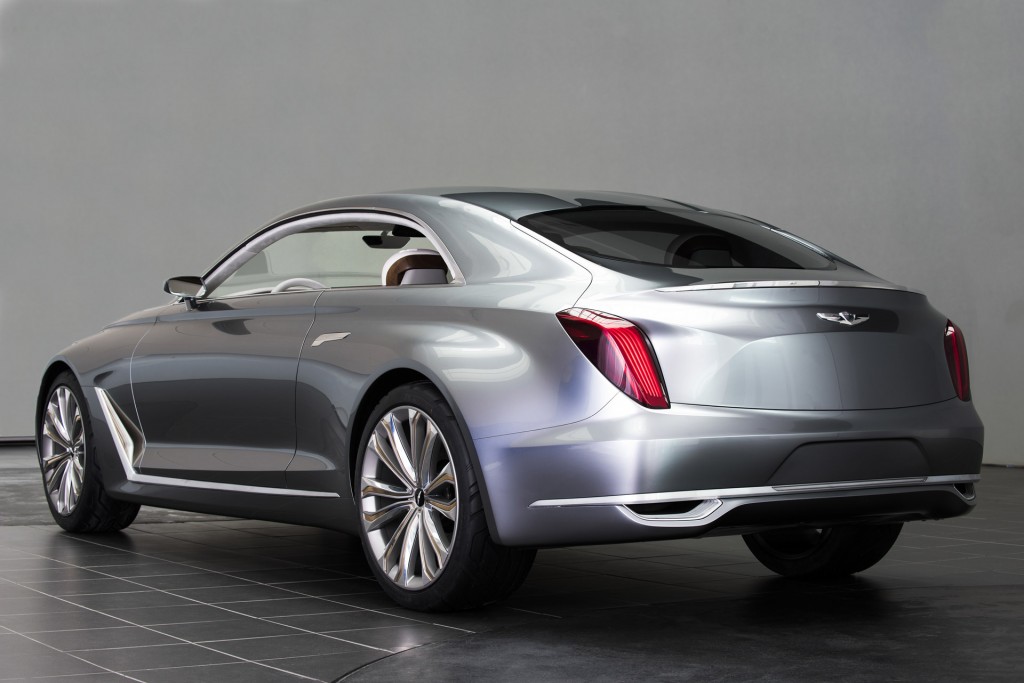 “See what's happening; diesels are being banned from the cities.” He said. “Emissions have to be reduced drastically. Today a V-8 is not exactly responding to that environment.”

Separately, Manfred Fitzgerald, the boss of Genesis, told Drive that as more cars become electrified, you're going to see performance equalize among brands and thus become less of a differentiator. He gave the example of when most cars can do 0-60 mph in less than 3.0 seconds, customers will seek other attributes such as brand recognition or the design or the level of connectivity.

The Vision G concept car from 2015 hints at what Genesis has in store for its new coupe.

There are still a few years until the car arrives, however. If a leaked product roadmap is to be believed, the coupe will be the last of Genesis’ six planned cars. We’ve already seen the G90 and G80 sedans launched. Later this year we’ll see a G70 sedan join the range and after that we’ll see a mid-size SUV based on the recently-revealed GV80 concept, as well as a small SUV likely badged a GV70.